LONDON, United Kingdom – Given the furore about the EU referendum result from those who either didn’t vote, or couldn’t believe that the majority of the country felt different to them, you’d have thought there would have been a decent turnout at a pro-European Union membership protest in Parliament Square today.

Alas only around 50 people turned up (fewer than huddle around during a Farage pub stop) to demand an overturning of the result of the European Union referendum.

Data reveals that less than 36 per cent of 18-24 year olds voted in the referendum, but that hasn’t stopped them starting an online petition (far easier than getting up and going to vote) to try and over turn the referendum result. 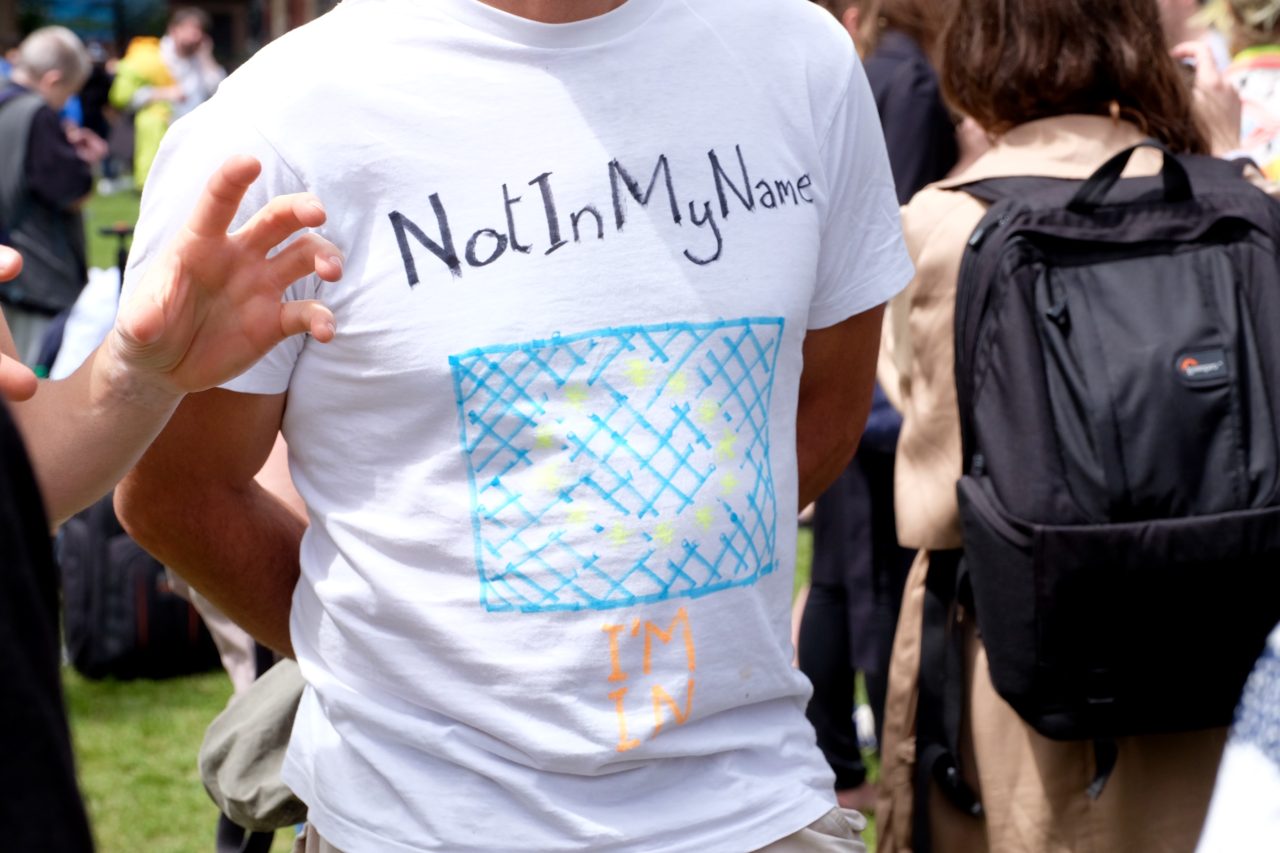 Yeah fine but we had a referendum… 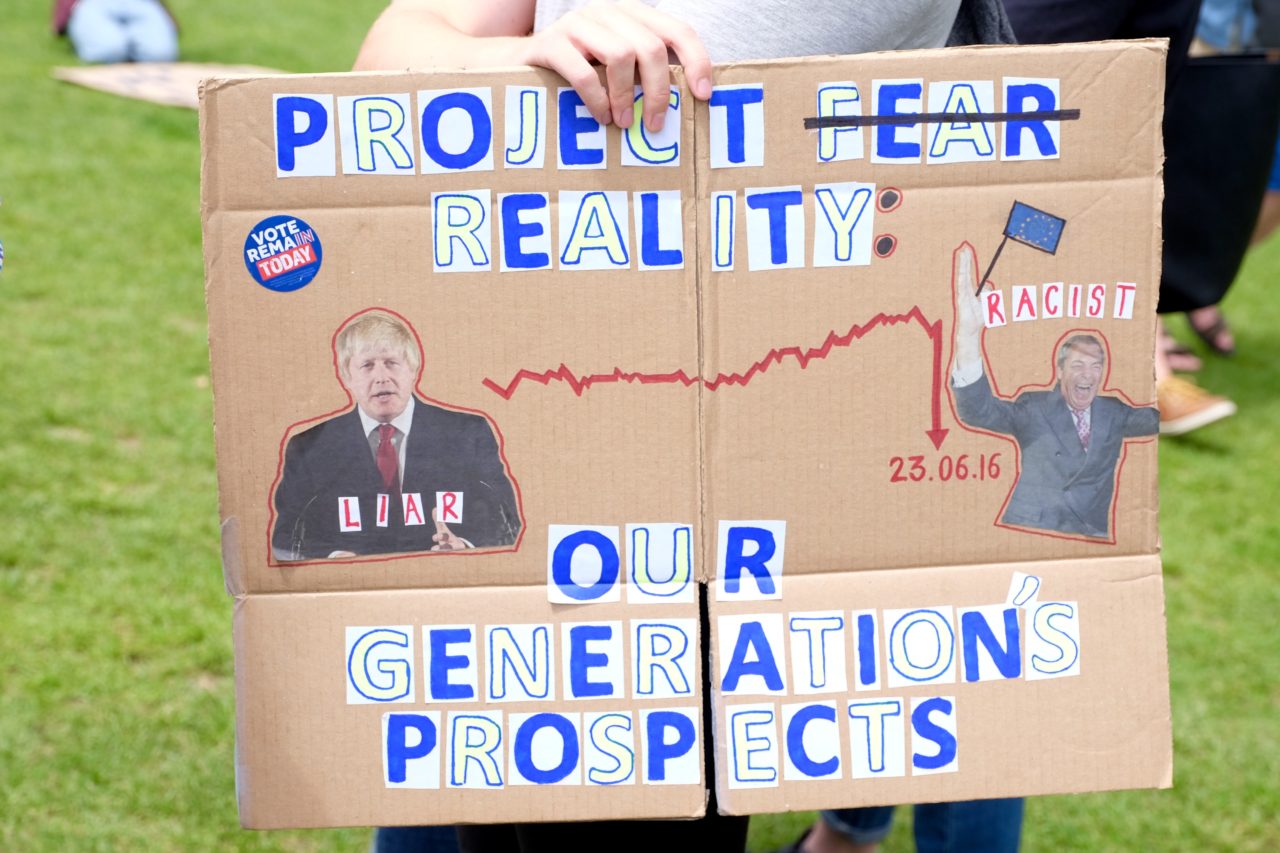 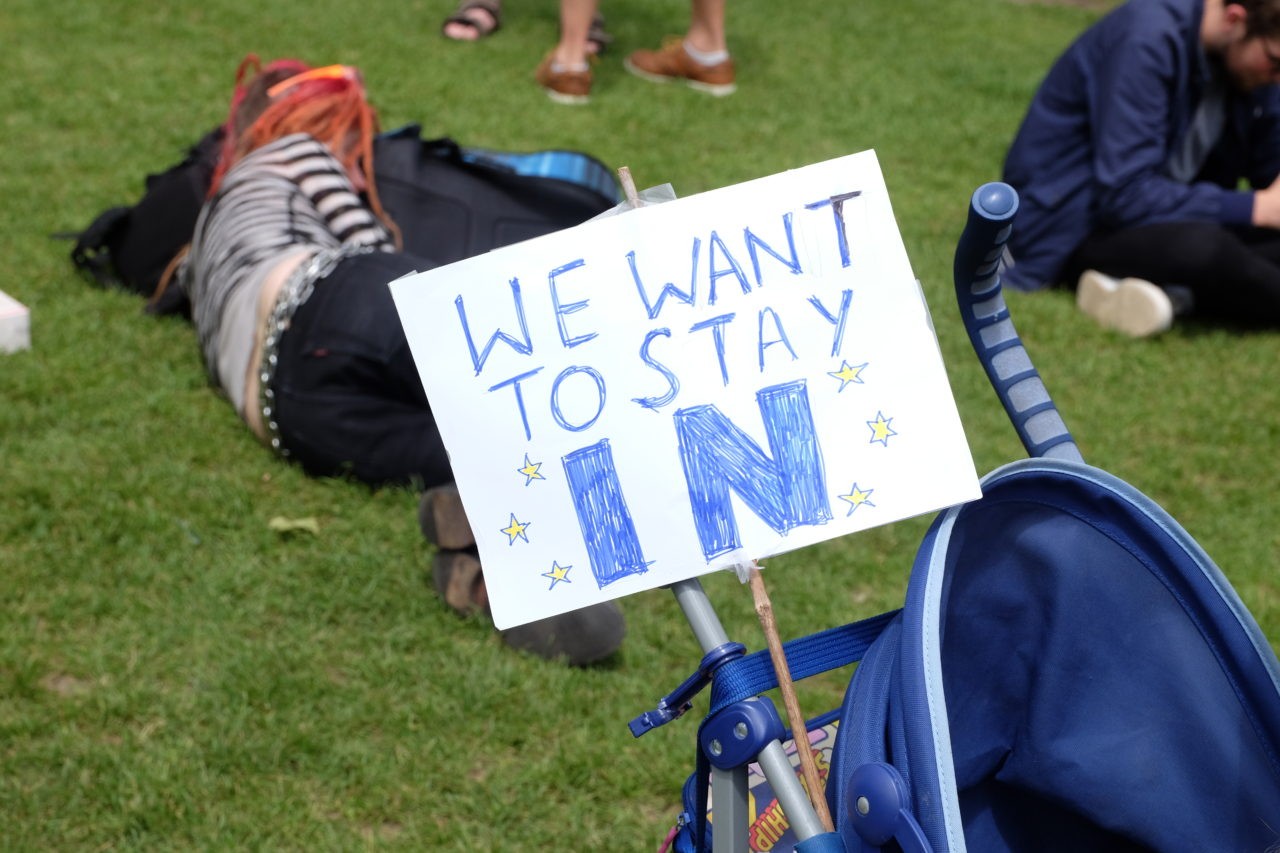 Should’ve won the referendum then, innit? 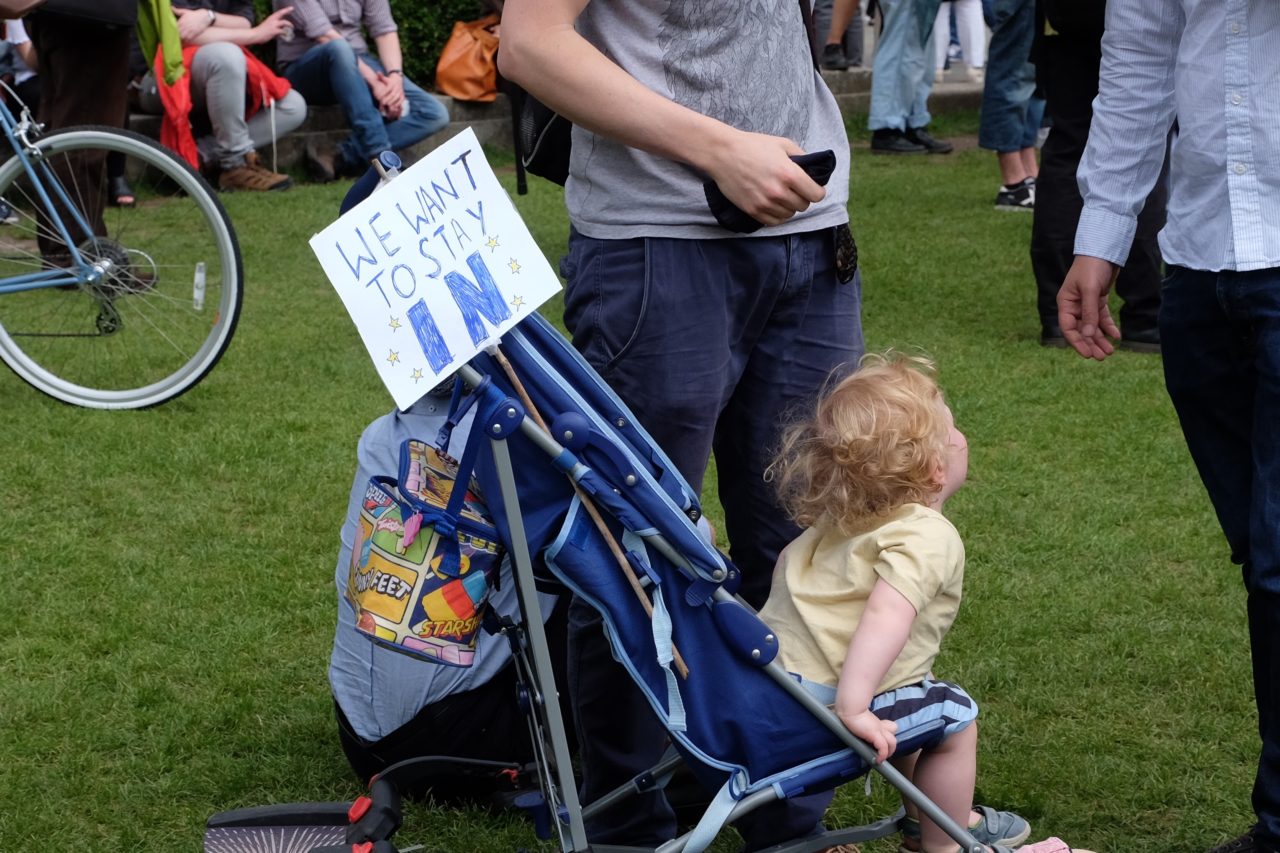 Oh right you’re using your child as a prop… 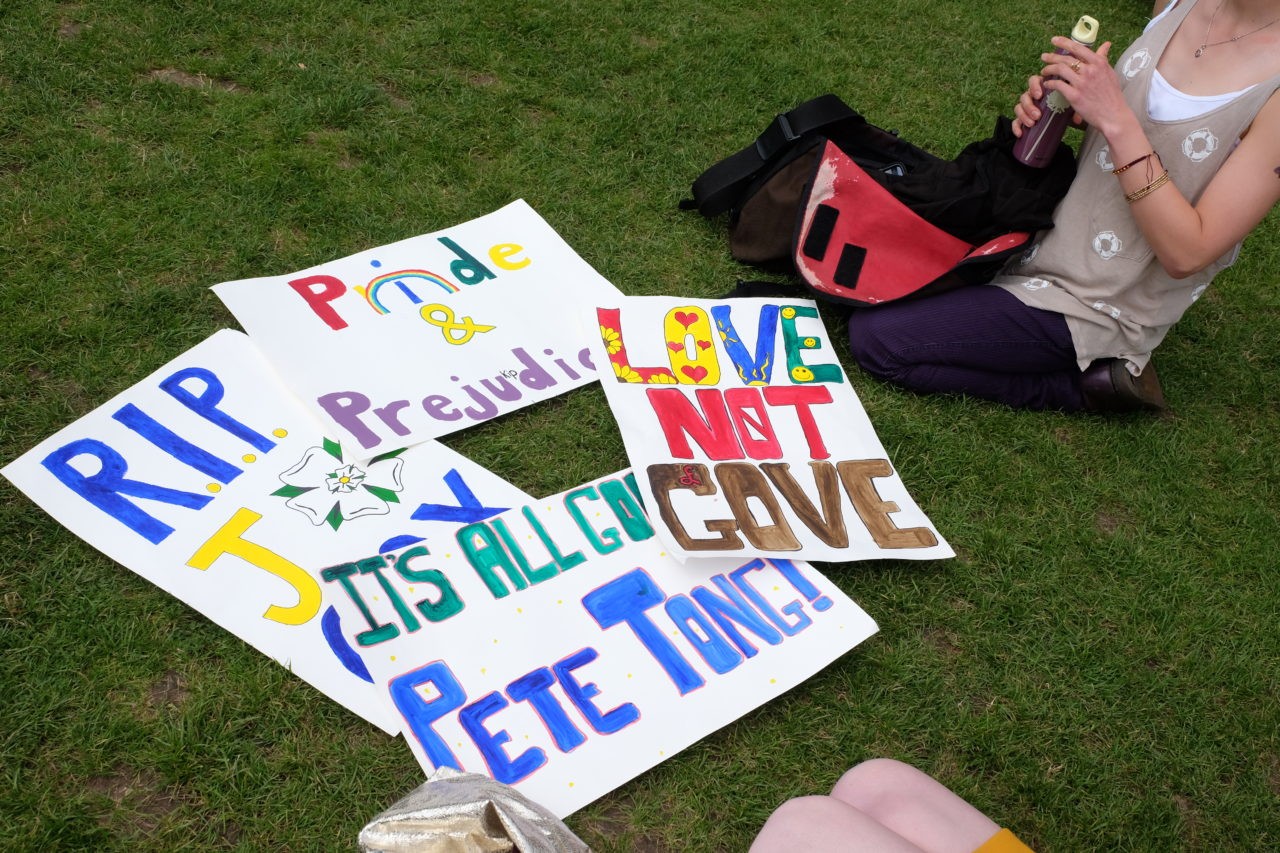 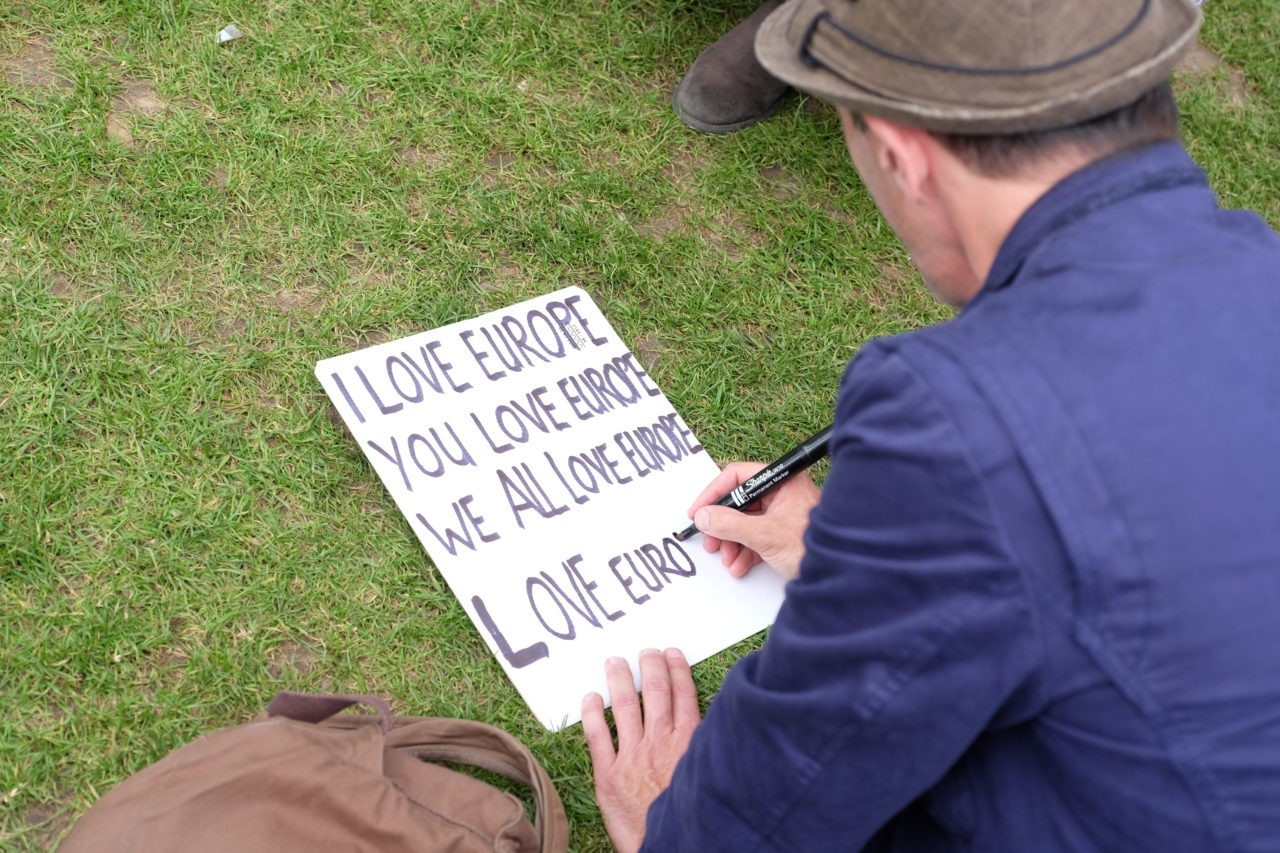 True. But not the European Union. That’s different. 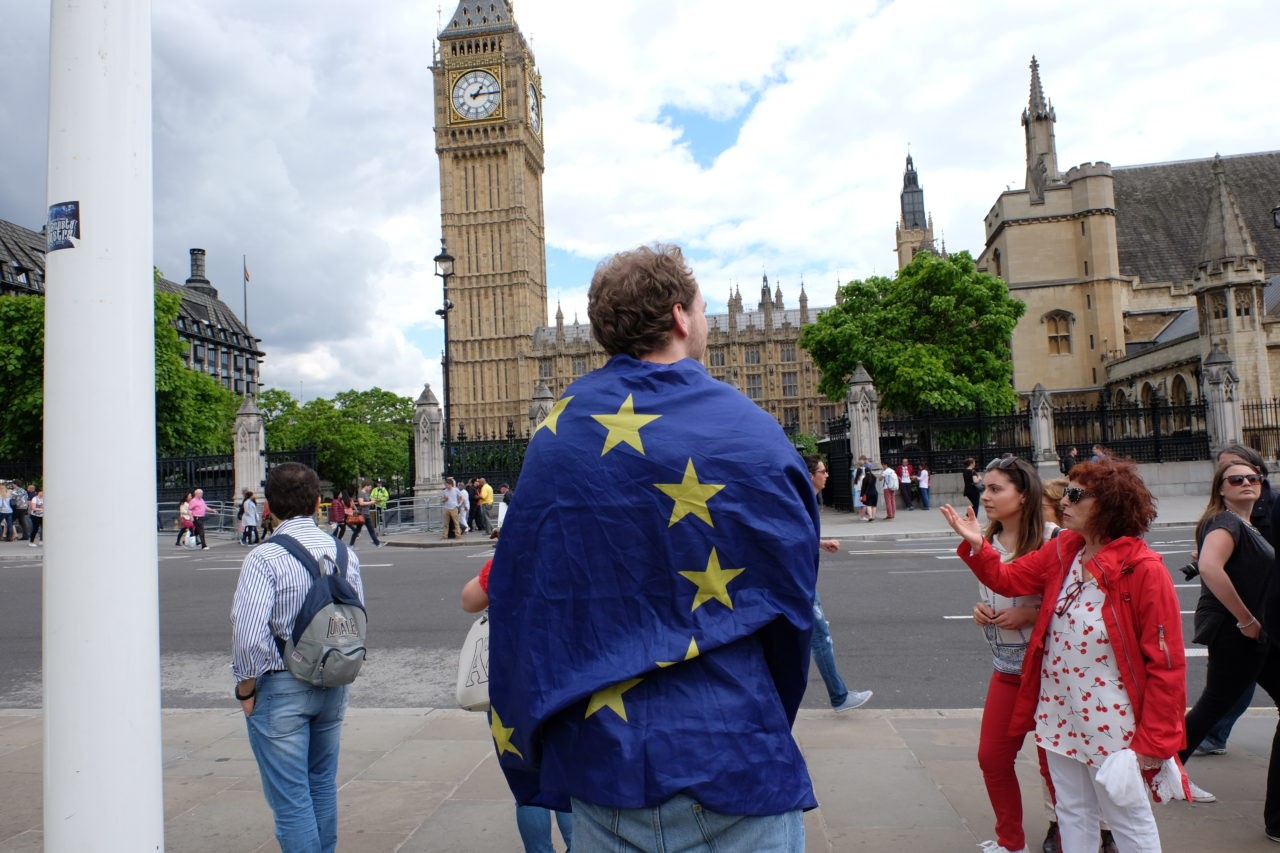 Whose flag is that, any way? 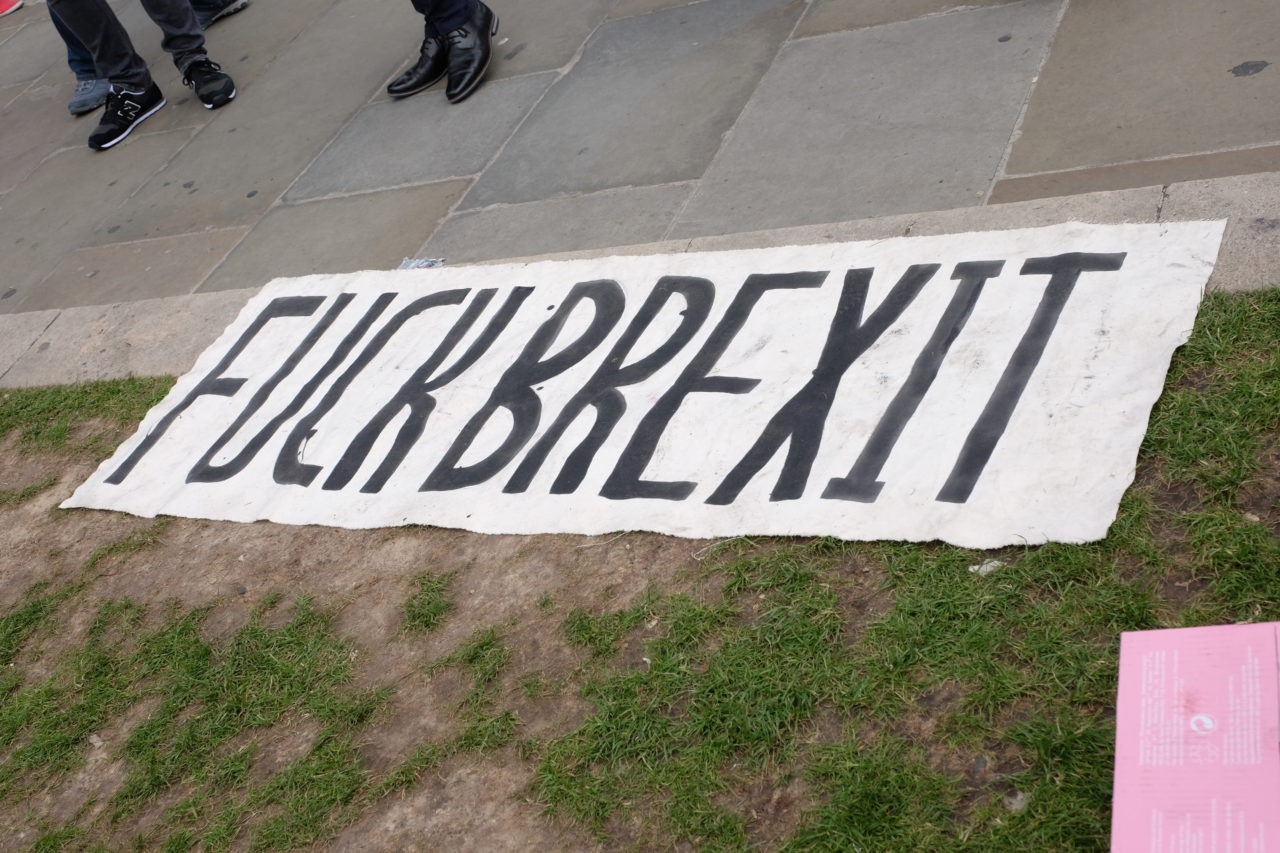 We prefer to make love to it 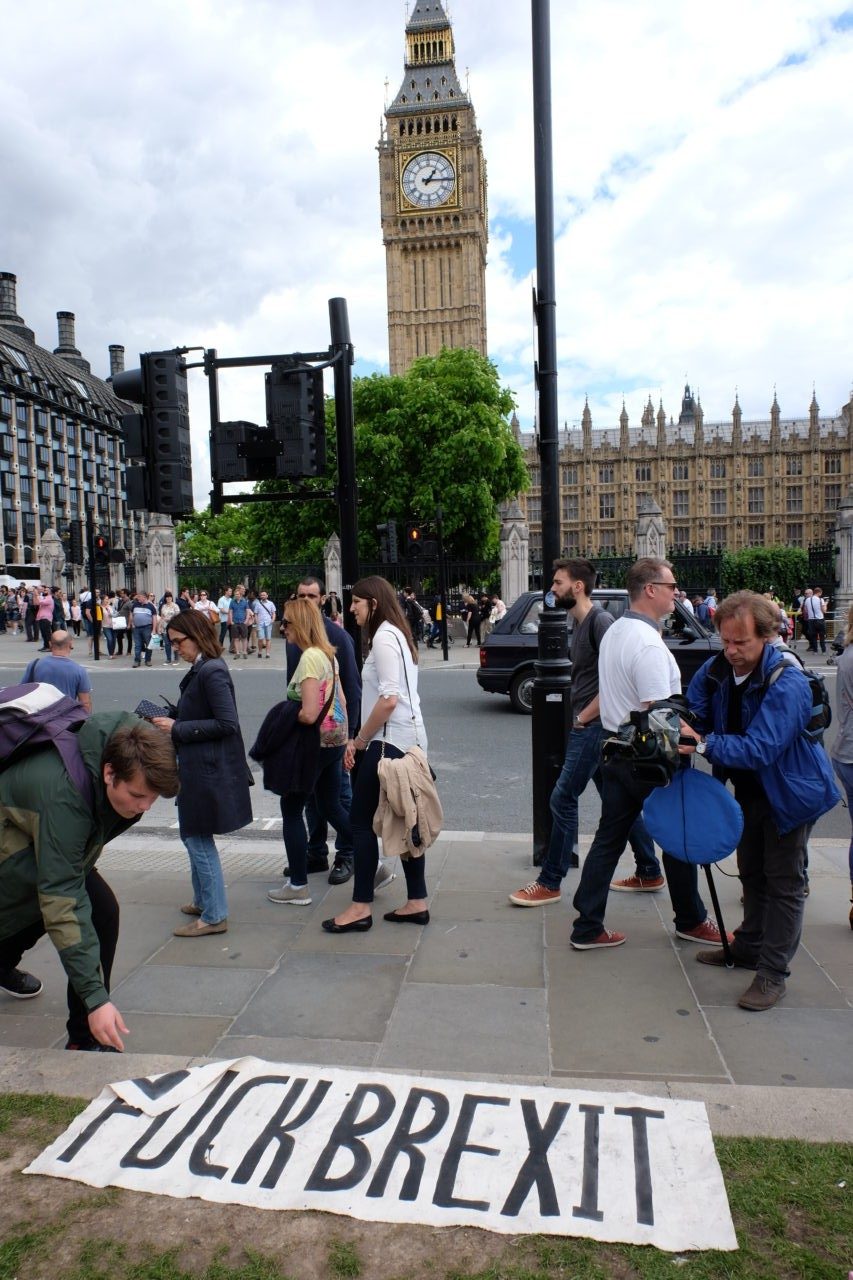 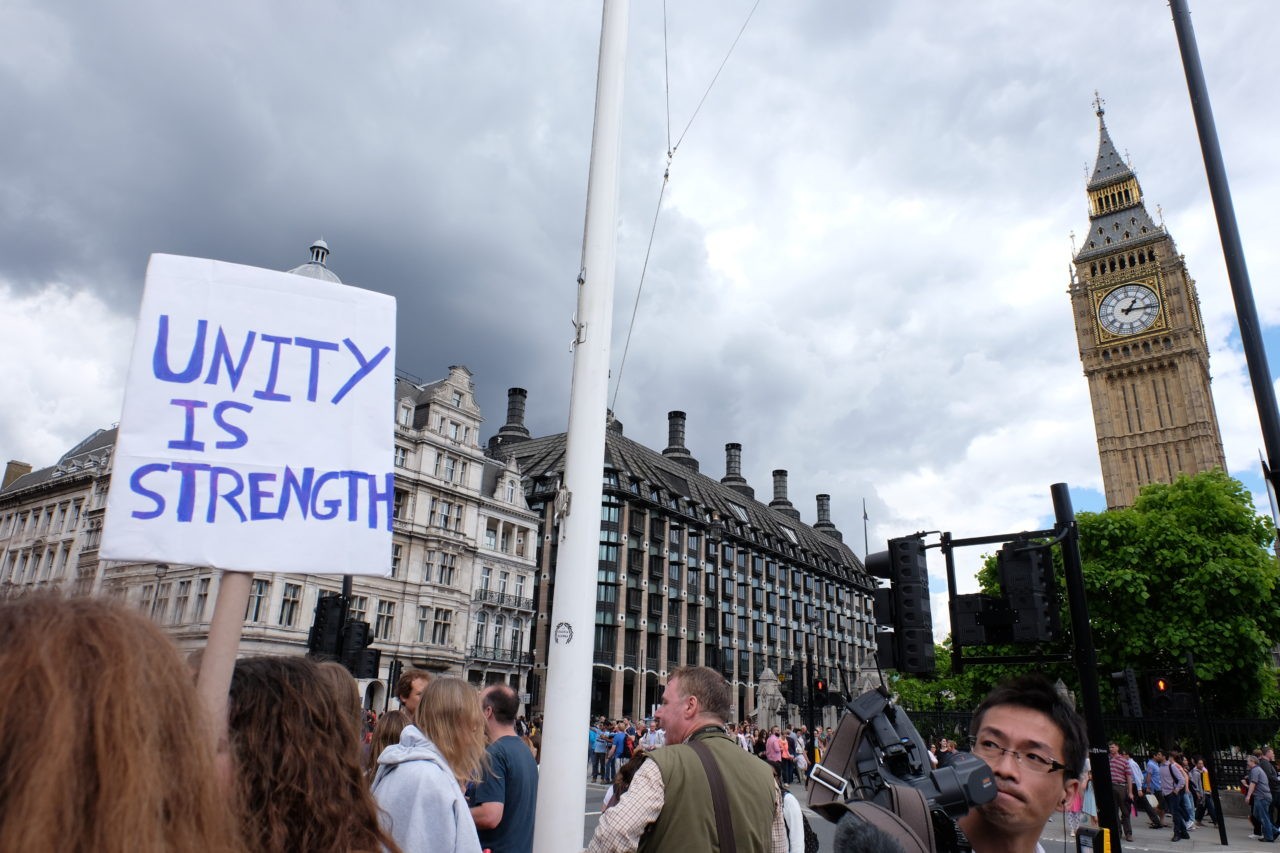 A line from 1984 as your slogan…. riiighhhhttt. 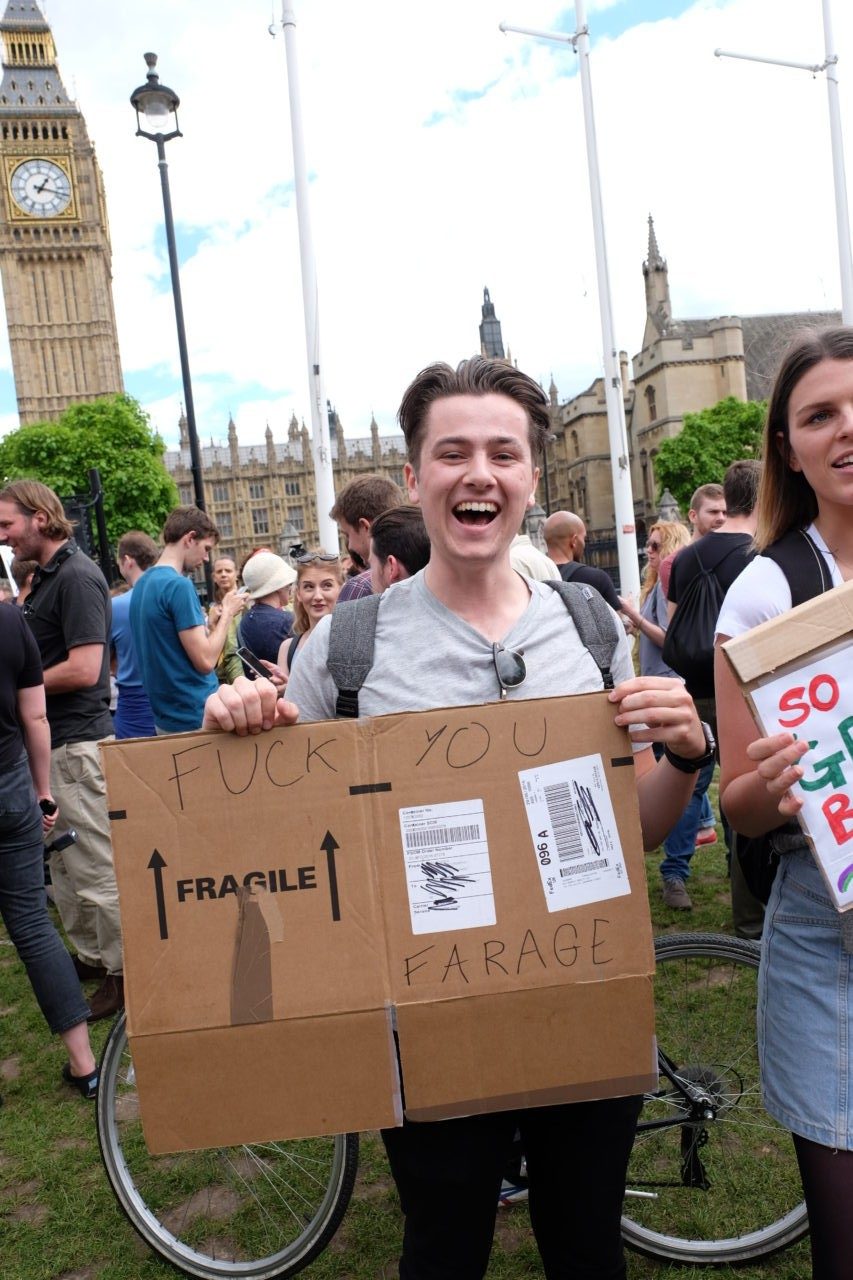 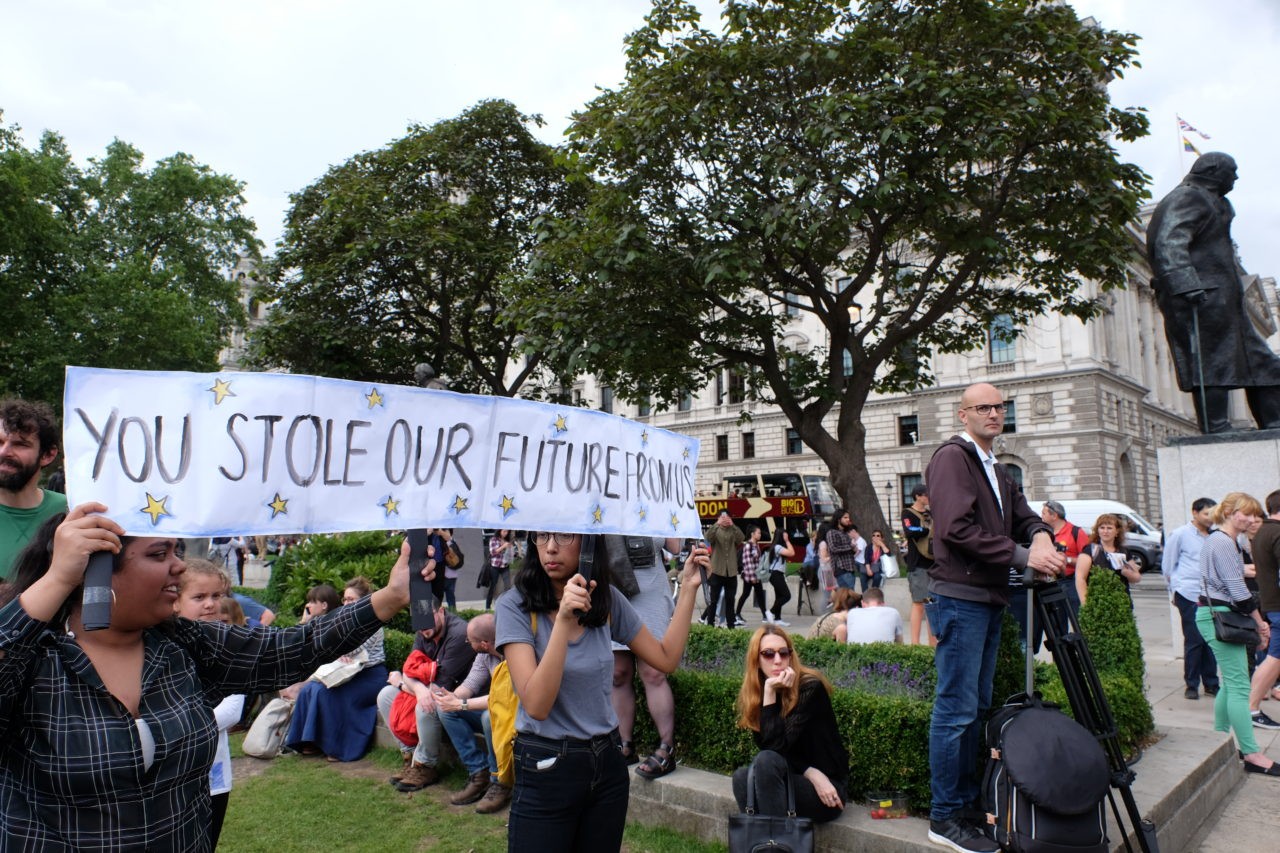 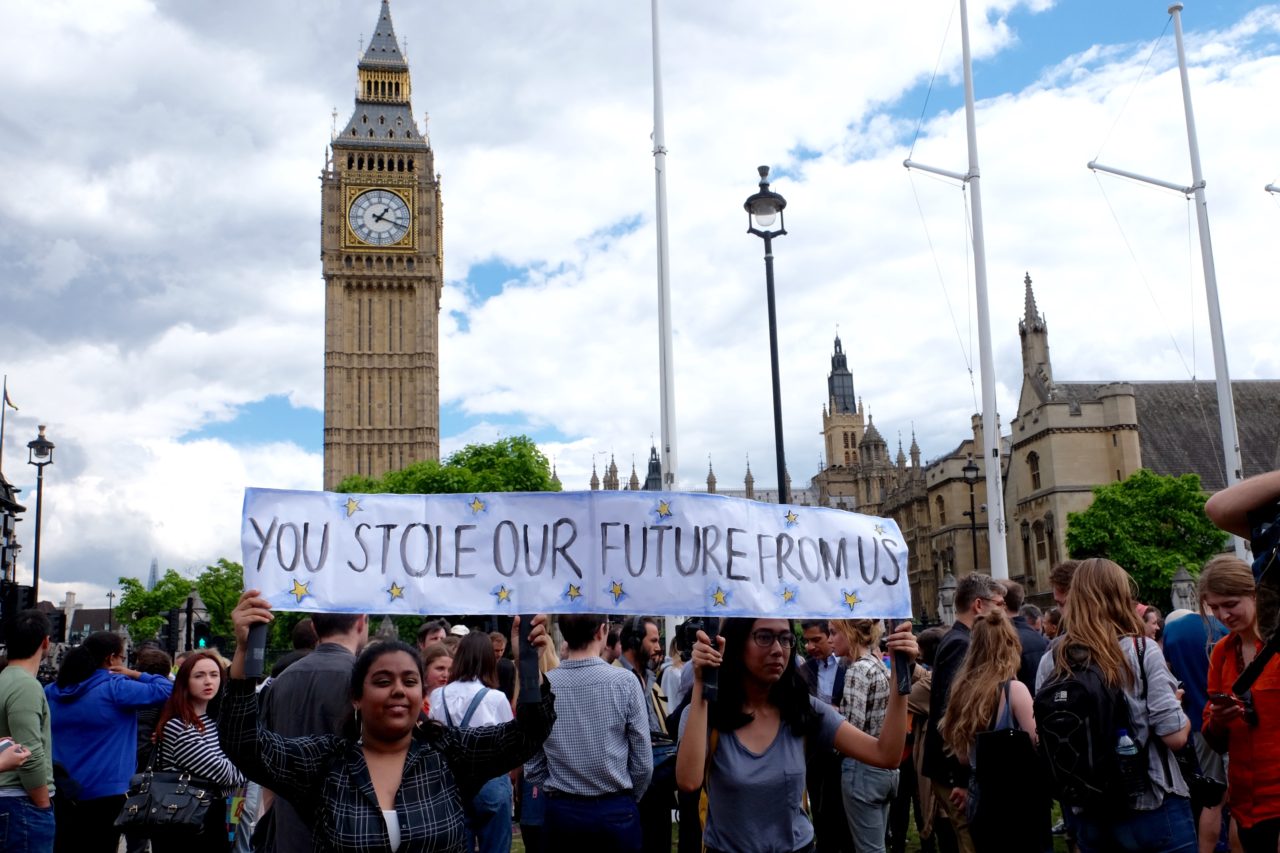 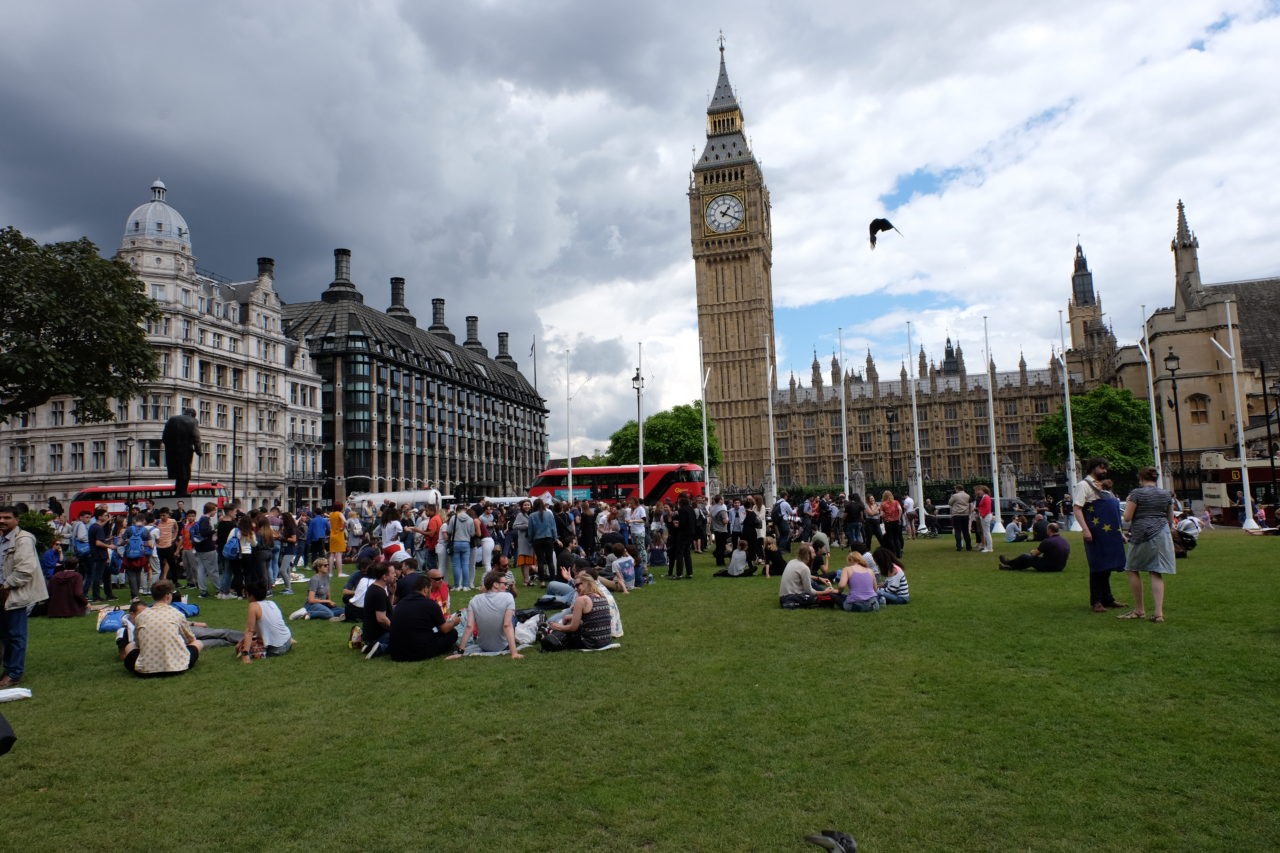 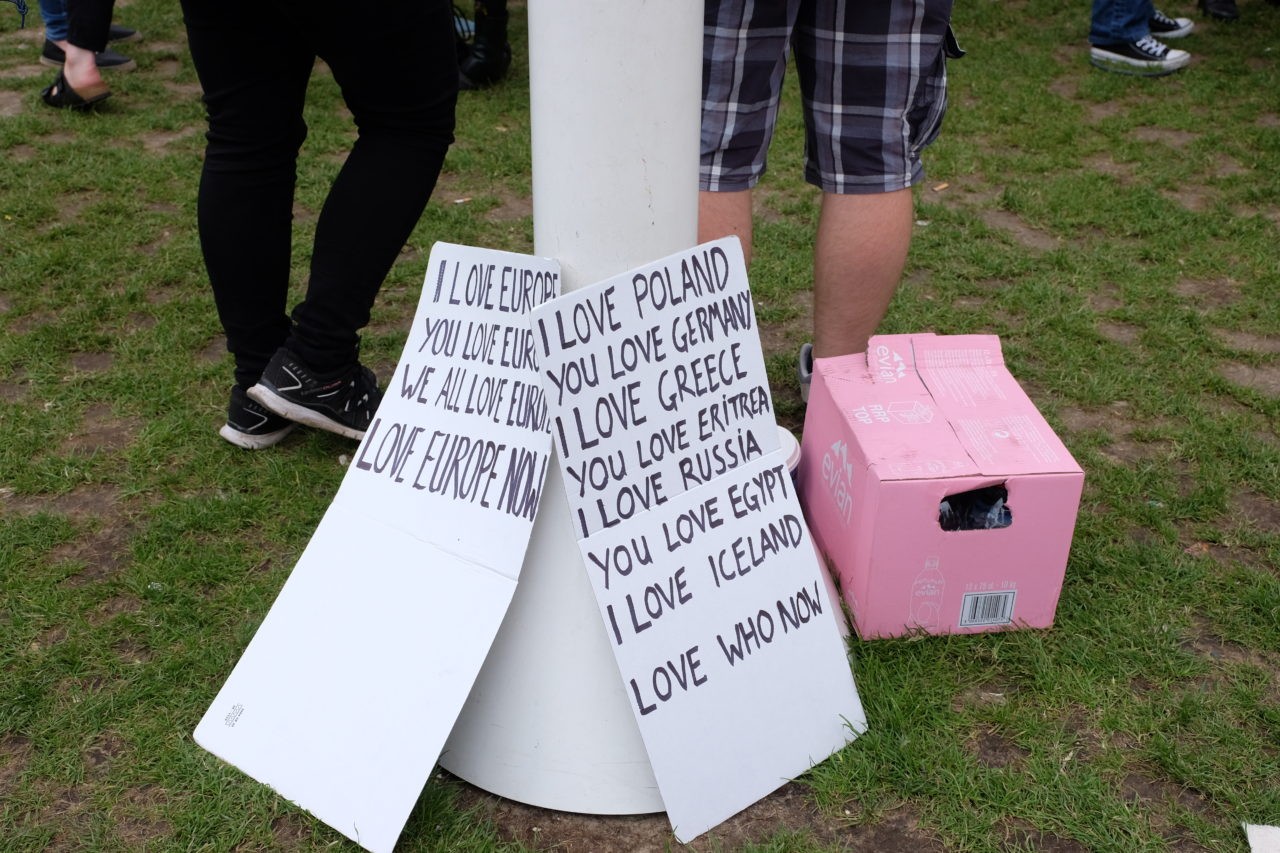 Wait, Eritrea, Iceland, and Egypt Are Now in the European Union?