Ex-PEGIDA spokeswoman Tatjana Festerling is to be investigated by German authorities after a trip she made to the frontiers of Europe at the Bulgarian border to help locals track down illegal migrants was reported to police by an anonymous Twitter user.

Ms. Festerling made the trip to Bulgaria in June with the aim of helping local citizens who have taken it upon themselves to track down illegal migrants flooding into the country through Greece and Turkey.

Now because of photographs of herself with the group of so-called vigilantes have been published on social media networks like Twitter, German police have indicated they may have to investigate Ms. Festerling on the matter, Die Welt reports.

The trip taken by Ms. Festerling and Dutch PEGIDA leader Edwin Wagensveld to the border region of Bulgaria near the Turkish and Greek borders saw the pair meet up with a group called “Bulgarian Military Veterans Union” who patrol the area hunting for illegal migrants who slip past the border guards. The group bears striking similarity to the “organisation for the protection of Bulgarian citizens” which was founded by a cook and self described patriot named Hristo Atanasov.

The pair of PEGIDA luminaries spent the day with the vigilante group and were clad in similar combat fatigues and arm bands of a Bulgarian flag with the group’s insignia. The photographs, which were posted on social media, show Ms. Festerling sitting down in camouflage gear.

Ms. Festerling said on Facebook that the day had not been a simple walk in the park, but rather they had trekked through dense forests in order to try and spot one of the estimated 1,000 migrants who cross the border per day. Though on that particular day the group did not find any migrants, Ms. Festerling did post several pictures to her social media account of litter left behind by illegals moving through the area including Arabic-language documents and medicines, and cut-out passport photographs.

many groups have had success in stopping illegal migration, working with the Bulgarian law enforcement to ensure they are processed and deported.

The issue for German police is the fact that Ms. Festerling wore what could be considered a uniform on her day trip to the area. Under German law, Section 109h of the penal code, it is stated that “a German who enlists in favour of a foreign power for military service in a military or quasi-military means or supplying or advertising the military service of such a body, shall be punished with imprisonment from three months to five years.” 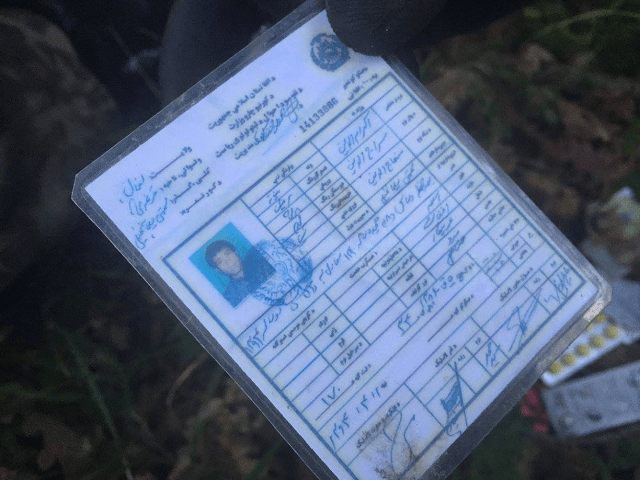 The claim that Ms. Festerling broke the law, according to police, was presented to them by an unnamed Twitter user from North Rhine-Westphalia.

Currently, police are looking at how best to proceed with the potential case, as investigators in North Rhine-Westphalia would like to hand the case over to their counterparts in Saxony, where Ms. Festerling resides. If the case does proceed it will be the latest case brought against a member or former member of PEGIDA. Earlier this year PEGIDA founder and leader Lutz Bachmann was found guilty by a Dresden court of hate speech.