Multiple Black Lives Matter protesters have been arrested in France after demonstrations against the death of a Malian man in police custody left Beaumont-sur-Oise and other nearby towns in flames. Of those arrested, some are being charged with throwing incendiary objects at security forces and others for “trying to burn down” their towns.

Despite a huge police presence, Saturday marked a fifth night of violence in the Val d’Oise district after the death of Adama Traoré in police custody on Tuesday. During demonstrations against Mr. Traoré’s death, protesters, some wielding baseball bats, torched cars, petrol pumps, bins, and piles of rubbish. Buildings were also set alight, including a large warehouse in Persan, near Beaumont-sur-Oise.

The windows of municipal buildings such as public libraries were smashed, marchers shot homemade mortars and buckshot at police, and threw incendiary projectiles during the protests, which left several police wounded.

On Thursday Beaumont-sur-Oise mayor Nathalie Groux, condemned the behaviour of some of the protesters, saying it would not solve anything.

She said: “Their intention was clearly to set fire to the town hall. They pulled out the mailbox, broke the door, and threw trash in before throwing a Molotov cocktail. Fortunately, it did not catch fire.

“It addresses a public facility, a symbol of the Republic. I do not think this will solve anything. We must separate the drama of family violence. We will deal with the thugs and criminals [who launched the attacks]. I hope that justice will be uncompromising towards them.”

On Saturday night thousands marched, many wearing “Justice for Adama” T-shirts, shouting slogans such as “no justice, no peace” and “I am Adama”. Many protesters yelled at the police, calling them assassins, but Mr. Traoré’s family called for calm, saying: “It serves no purpose to insult the police, they are there to do their job.” 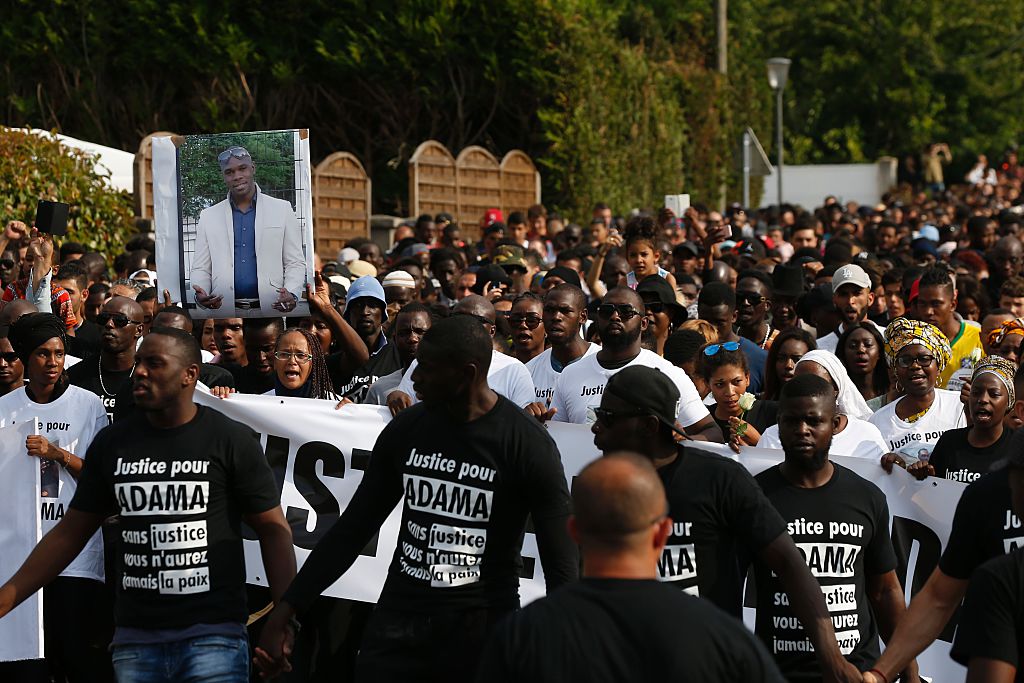 Mr. Traoré’s autopsy report stated he died from a “very serious” infection that had affected multiple organs. The 24-year-old’s family do not accept its findings, which include that the coroner found “no traces of violence” on his body, and they have requested that a second autopsy be carried out.

In a press conference, Assa Traoré, Adama’s sister, had said: “My brother was killed, my brother suffered violence.”

Mr. Traoré was taken to the police station after a fight broke out when police attempted to arrest his brother, who is suspected of involvement in an extortion case.

Residents of Boyenval expressed dismay at the direction that Boyenval, the area of Beaumont-sur-Oise worst affected by the clashes, was heading. Charles Leblanc, a retiree who has lived in the town for years, said he has noticed Boyenval deteriorating for some time.

He said: “Here it is not Marseille, but the climate is overheated. Boyenval became a ghetto and a cauldron. [Clashes are] escalating between small time drug dealers and the police.”

One local, watching the charred remains of his car being loaded onto a tow truck, said he was frightened by the riots. He told La Croix: “The circumstances are regrettable … I did lose a car. But now I’m scared and I will remain cloistered at home until I leave [Boyenval].”