Sweden, Denmark, and Austria are seeking tough new powers to deter migrants, the latter two proposing to instantly turn back so-called asylum-seekers at their borders.

The Austrian government announced Tuesday they are receiving advice on how to turn back migrants within an hour, as well as capping the number of asylum requests it accepts, EurActiv reports.

On the same day, the Danish government proposed a law giving police the power to reject “asylum seekers” at their borders in times of crisis – times such as last year, when a million strong wave arrived after the German Chancellor suspended the Dublin agreement and invited unlimited numbers into the continent.

The Danish government are said to be inspired by a law in neighbouring Norway, adopted in June this year, and politicians said they needed to prepare for a situation where the Dublin regulation would cease to work in the future. 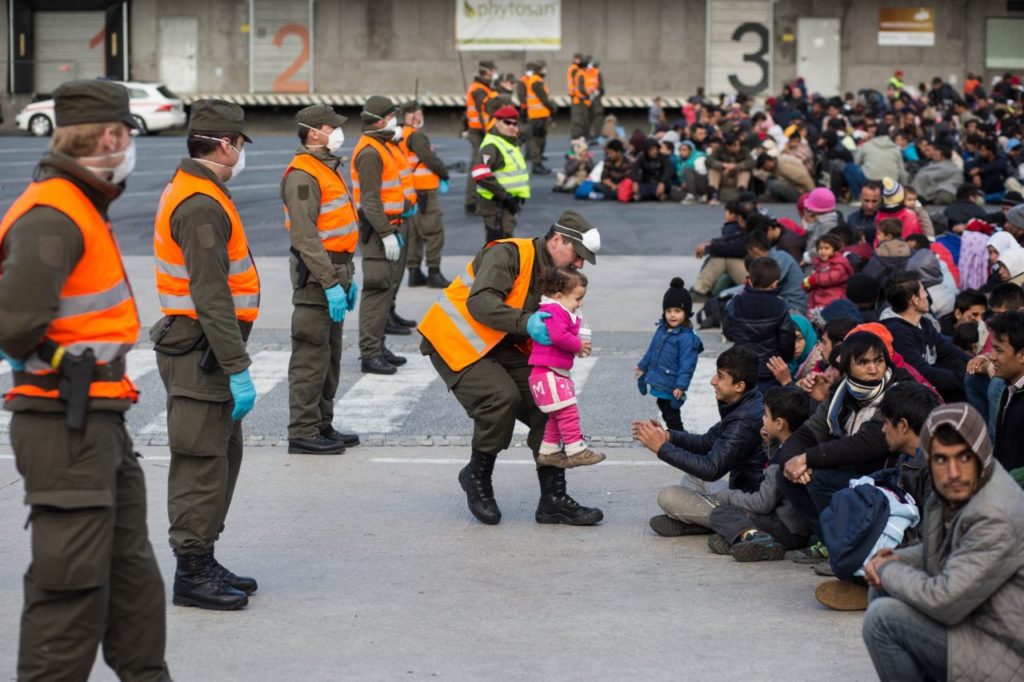 A policeman puts a child back as migrants wait at the border station in Spielfeld, Austria, on October 22, 2015. Some thousands of people wait to cross the border at Spielfeld and continue further to Austria and Germany. VLADIMIR SIMICEK/AFP/Getty

Denmark has already announced a raft of measures to make the country less attractive to migrants as part of their “2025 Plan”. The measures include making it harder for migrants to bring their families to join them, the so-called “jewellery bill”, and taking out adverts in newspapers in targeted countries instructing would-be illegal migrants to stay at home.

The measures employed so far have brought immigration down rapidly, but the government is not satisfied.

“We are getting the flow of refugees under control. But we cannot relax. The pressure on Europe and Denmark could intensify again,” the Ministry of Immigration, Integration and Housing said in a report, cited by Reuters.

The Danish Minister for Immigration, Integration and Housing is Inger Støjberg, who has spoken strongly about the dangers of mass immigration and multiculturalism.

According to a new report by the International Organisation for Migration, 272,070 migrants have entered Europe by sea so far in 2016, compared to 354,618 new arrivals in the first eight months of 2015.

The majority of the migrants will seek to travel north to the productive economies and welfare states of northern Europe.