LONDON, United Kingdom – Anti-Brexit demonstrators took to the streets of London once again today to protest against the British public’s decision to leave the European Union (EU).

The protest, which was much smaller than previous anti-Brexit demonstrations, was led by comedian Eddie Izzard and included people dressed in a wide variety of costumes, often with unusual messages.

Demonstrators called on the government to overturn the referendum result, and expressed their love for the European Union, to a background of pop music

One group of demonstrators told Breitbart London how Brexit was like the killing of Harambe, the Cincinnati gorilla, because as his life was taken away without his choice, so they have been taken out of the EU against their will.

The protest was largely peaceful, although a small counter-demonstration by Brexit supporters aroused a large amount of anger among crowd, leading to chants of “racist scum” as well as one person shouting “you’ll be dead soon anyway” at an older man.

Eddie Izzard also got into a spot of bother when an unknown man attempted to steal his pink beret. The comedian gave chase in high heels before the thief was wrestled to the ground.

Watch the moment Eddie Izzard has his beret stolen at a pro-EU march in London – and gives chase in high heels pic.twitter.com/4UaeXCoUAc

All photographs by Rachel Megawhat for Breitbart London 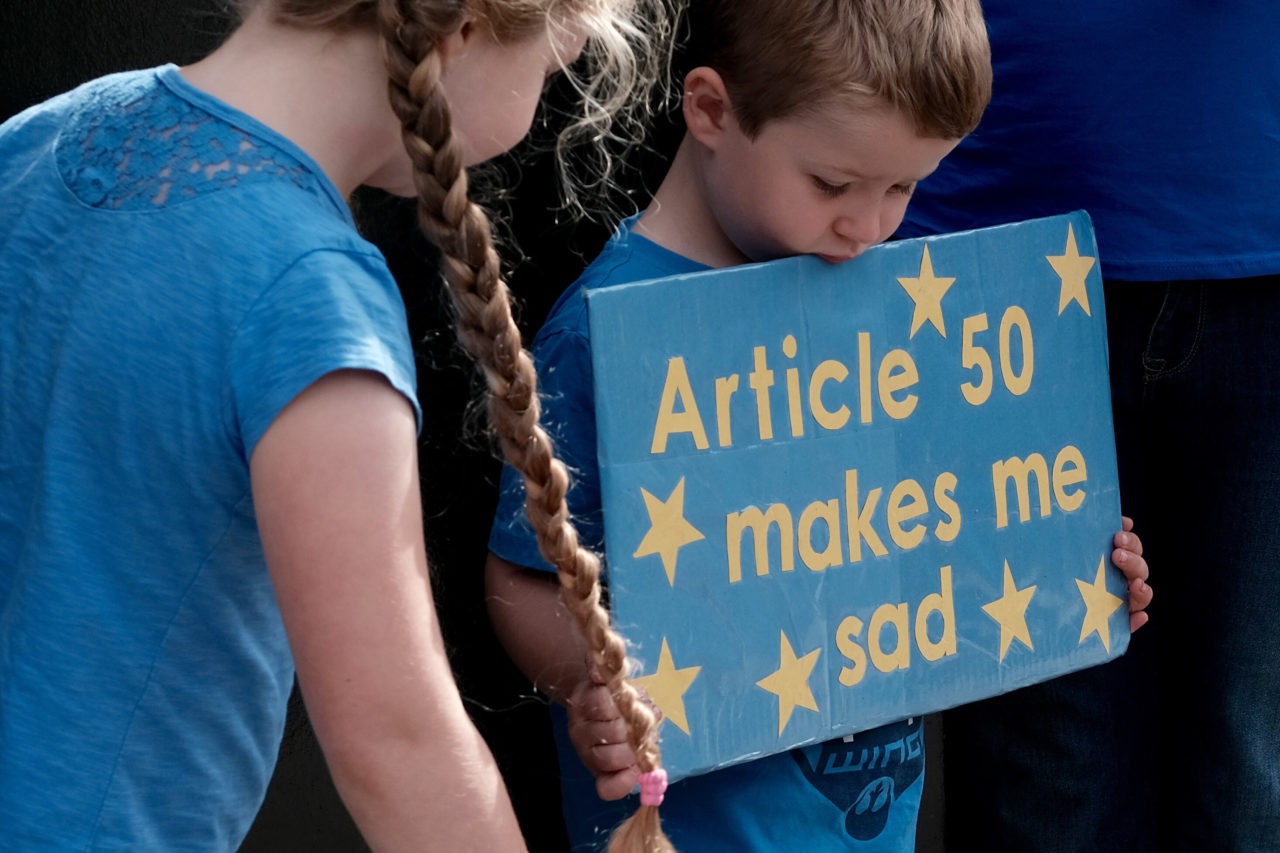 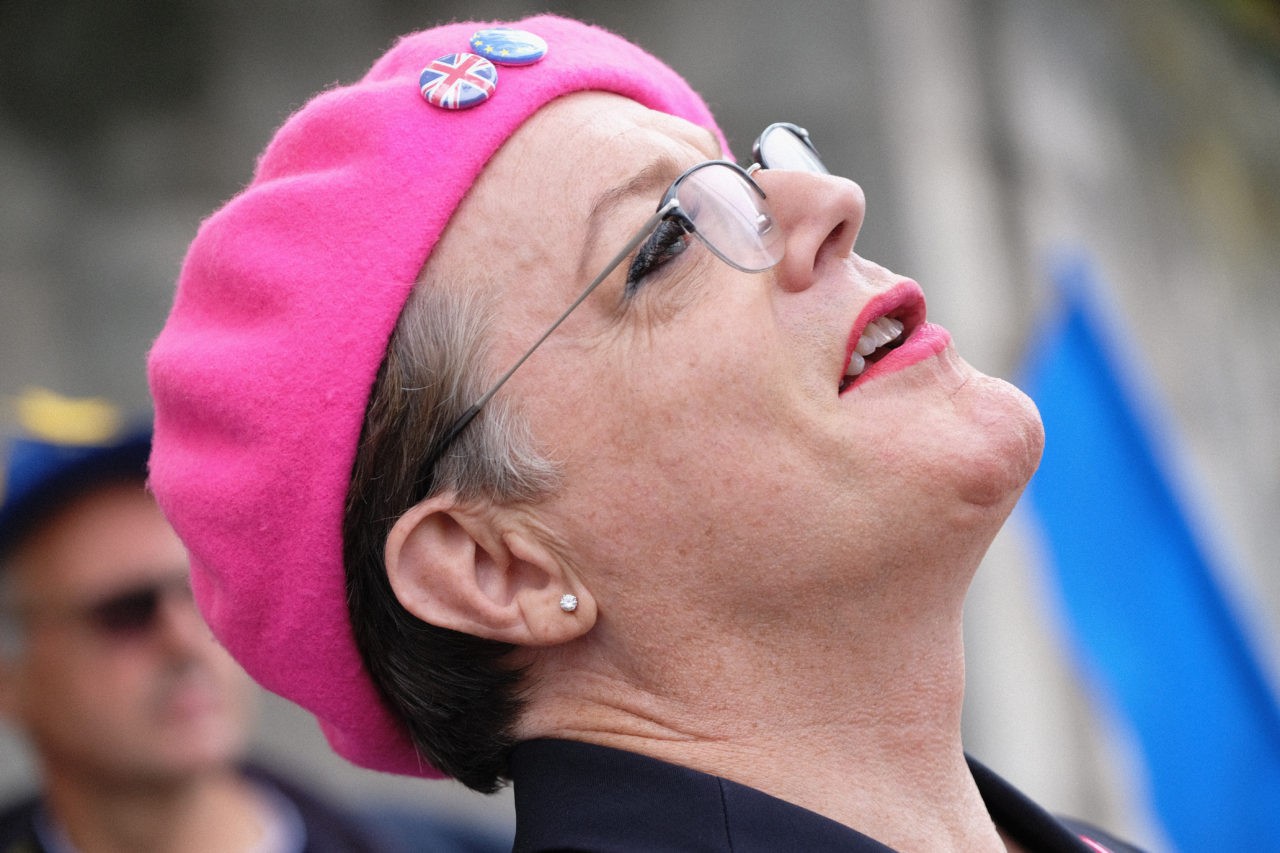 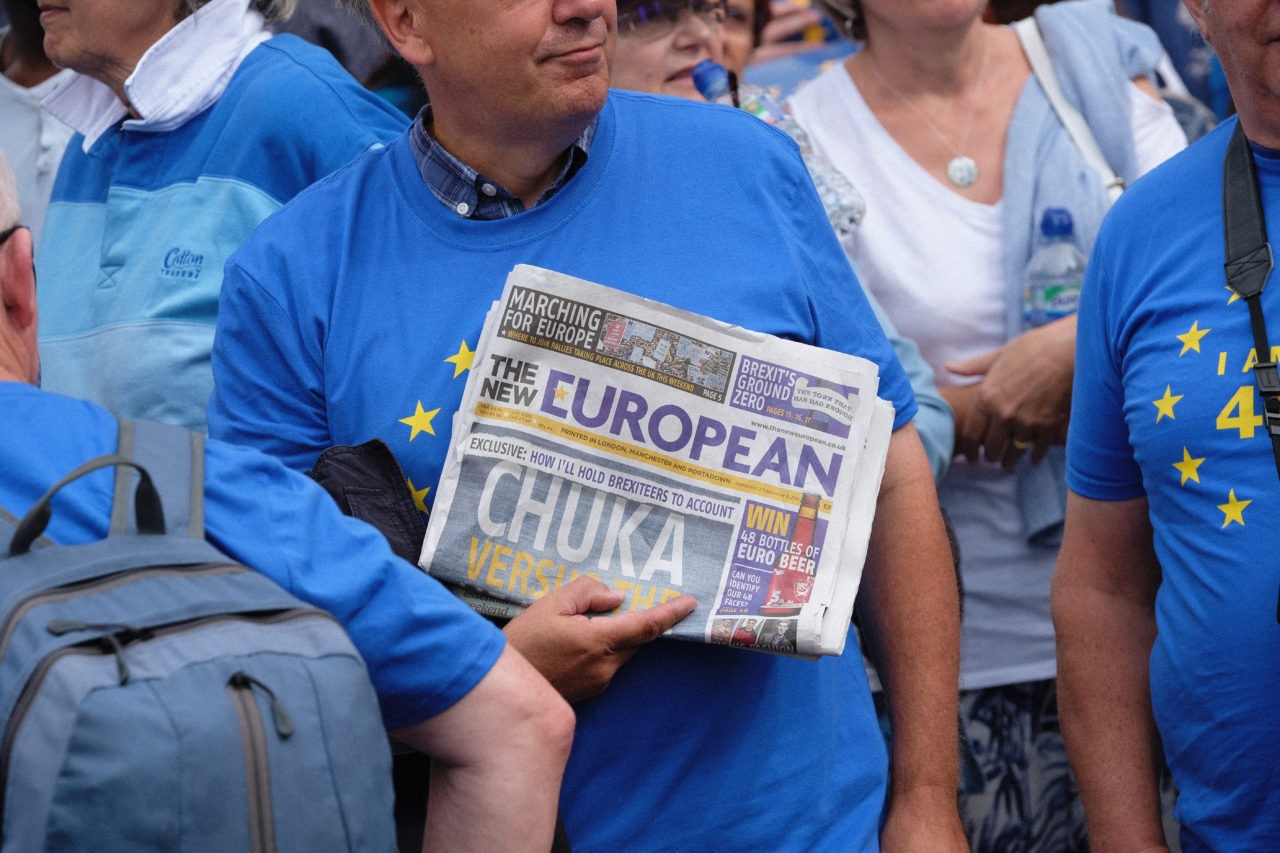 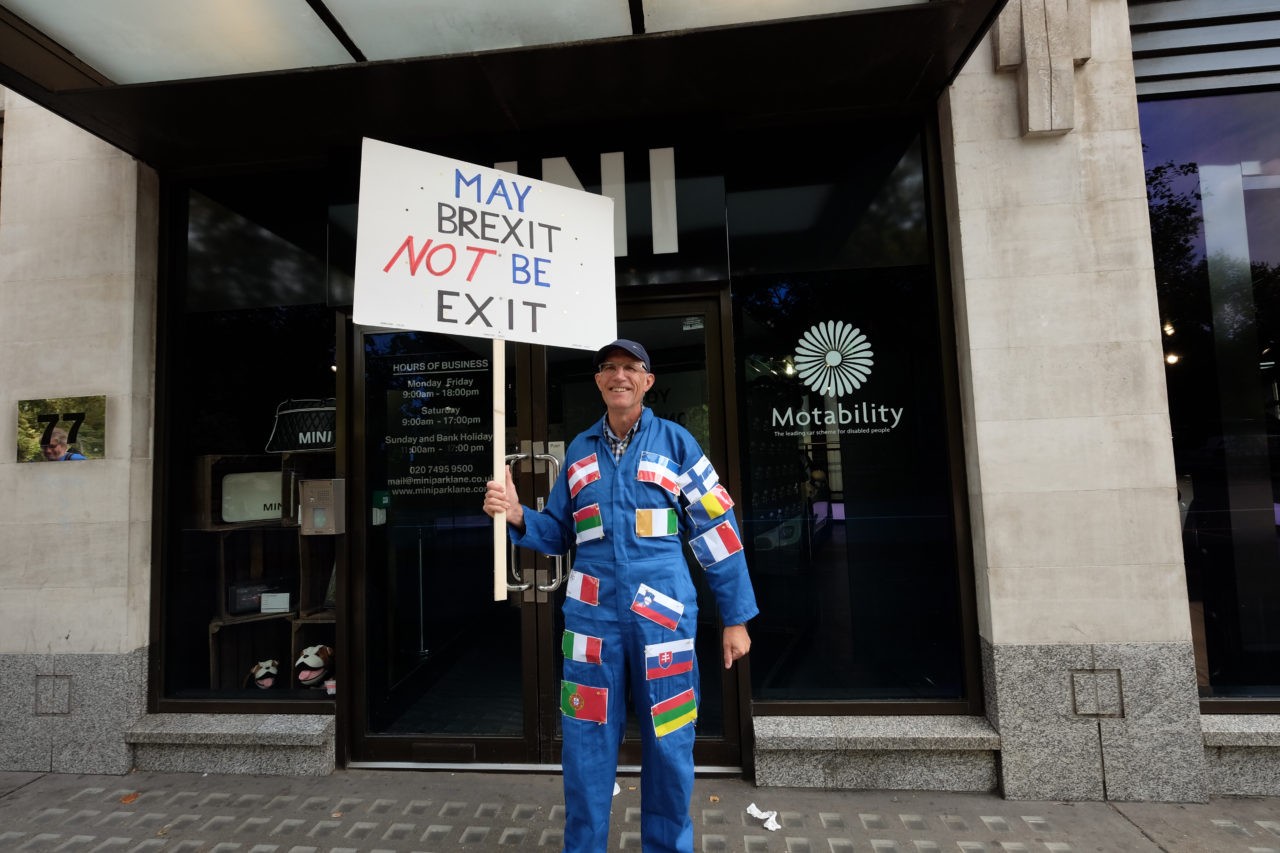 That’s kind of what it means 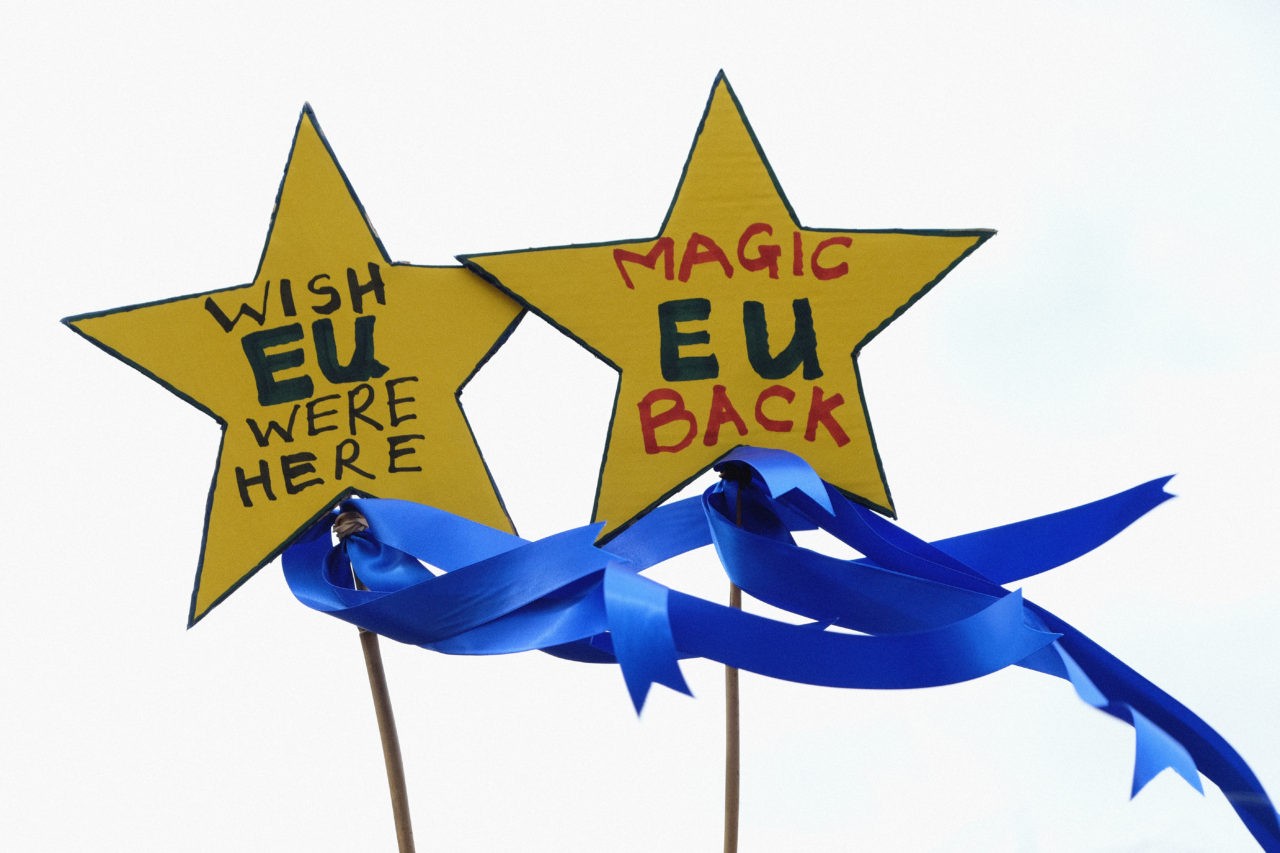 Nothing more magic than an unelected commission 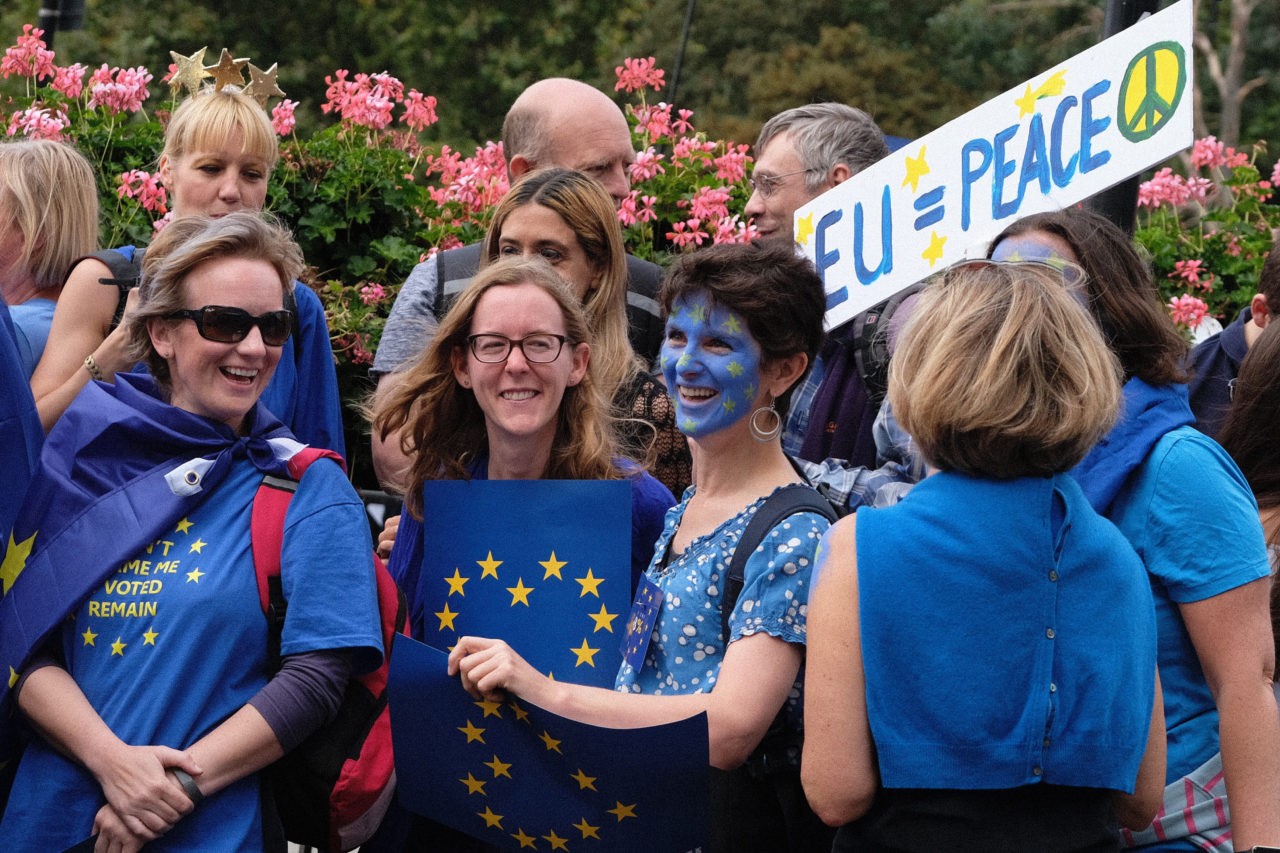 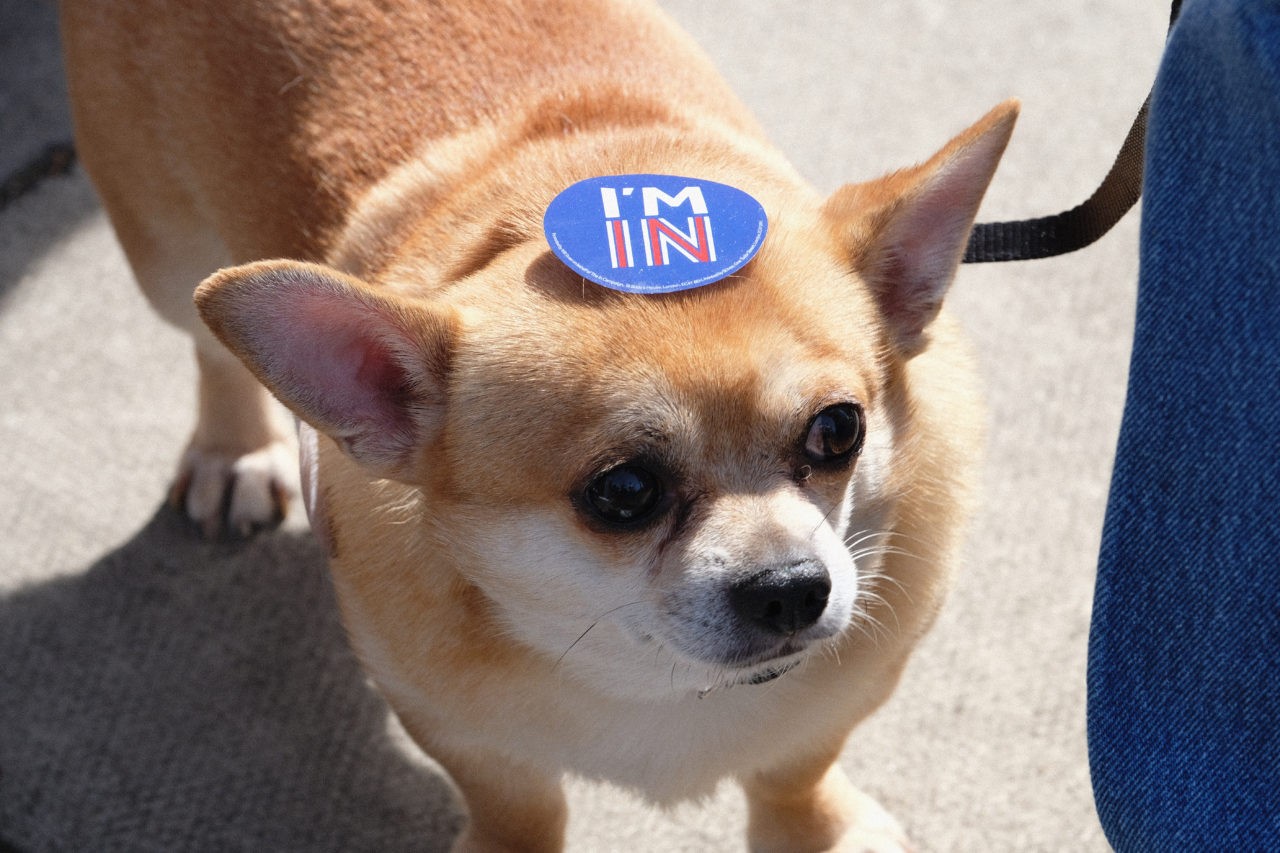 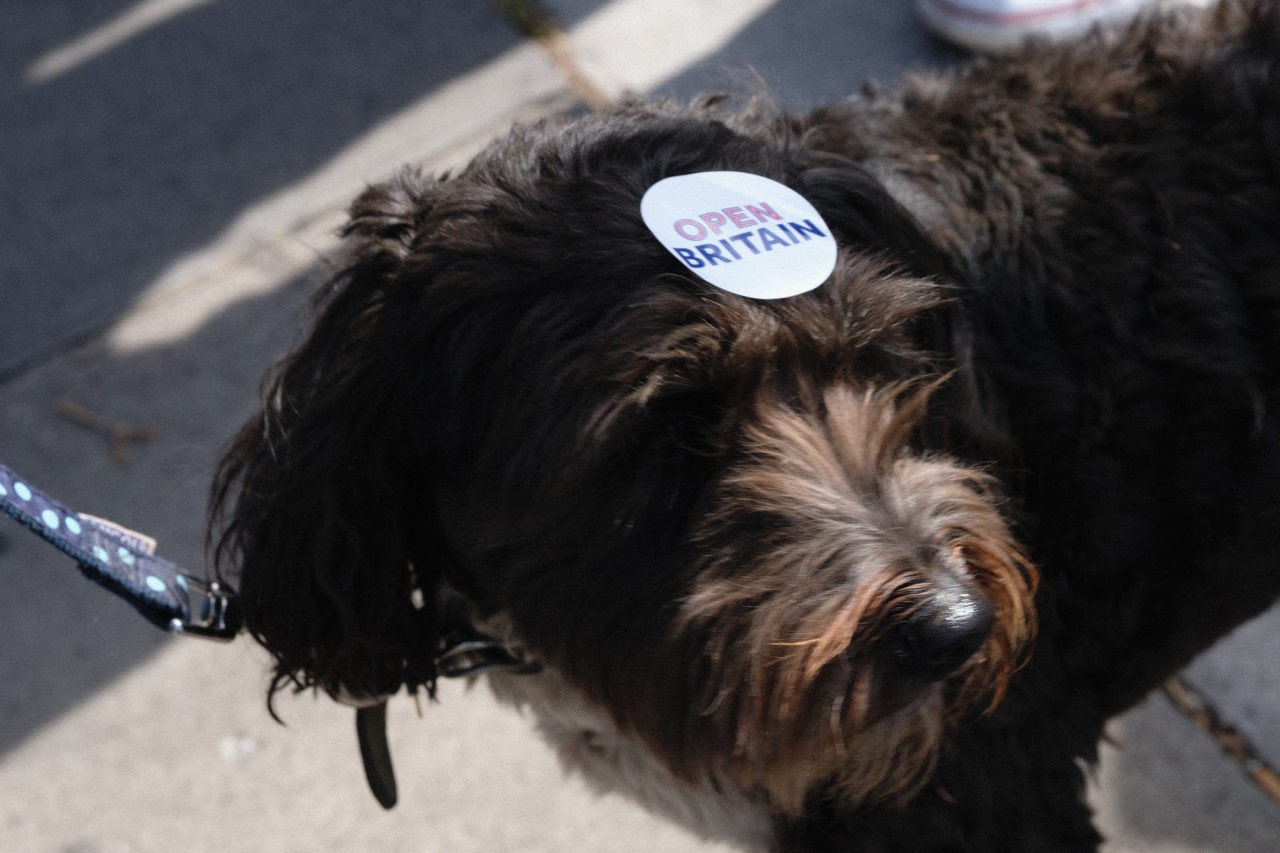 Someone call the RSPCA 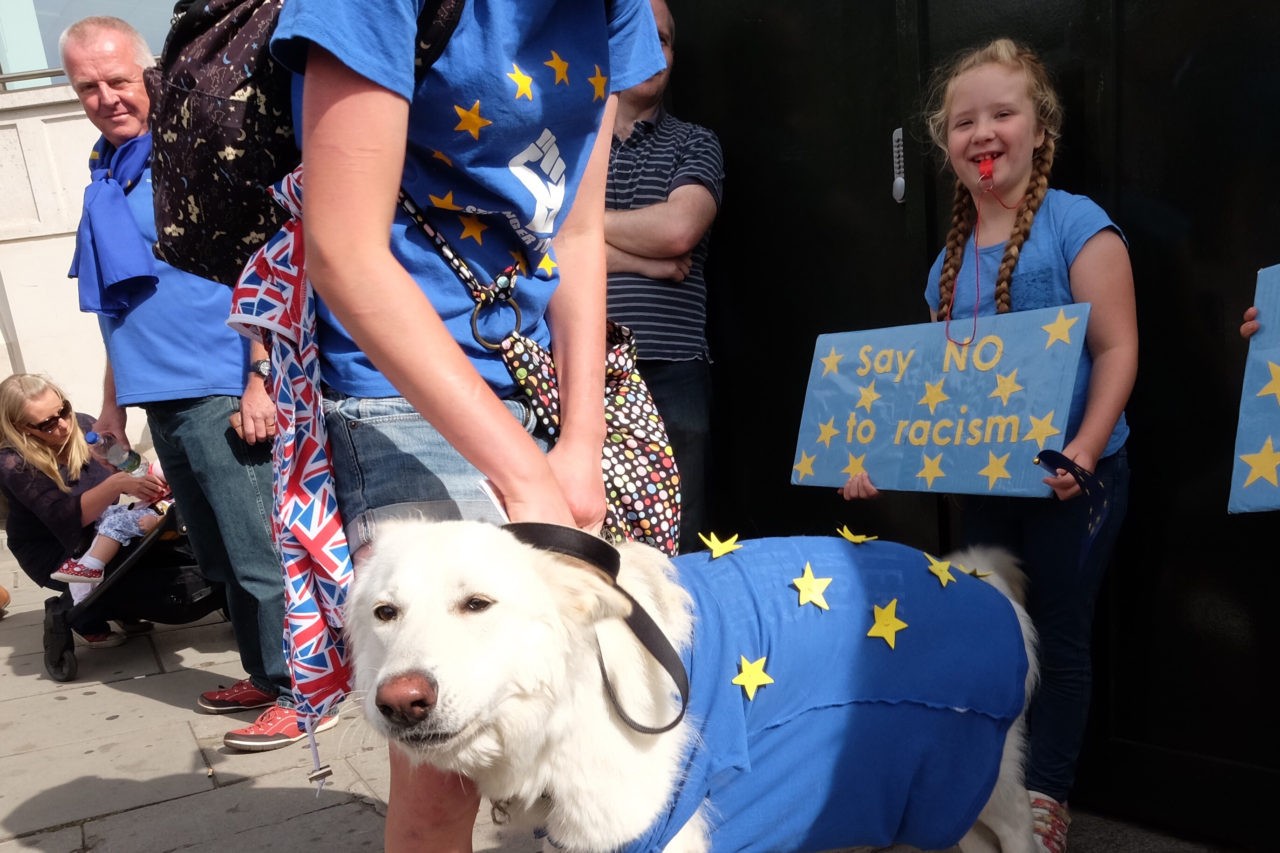 It was almost like a giant North London dog walking event 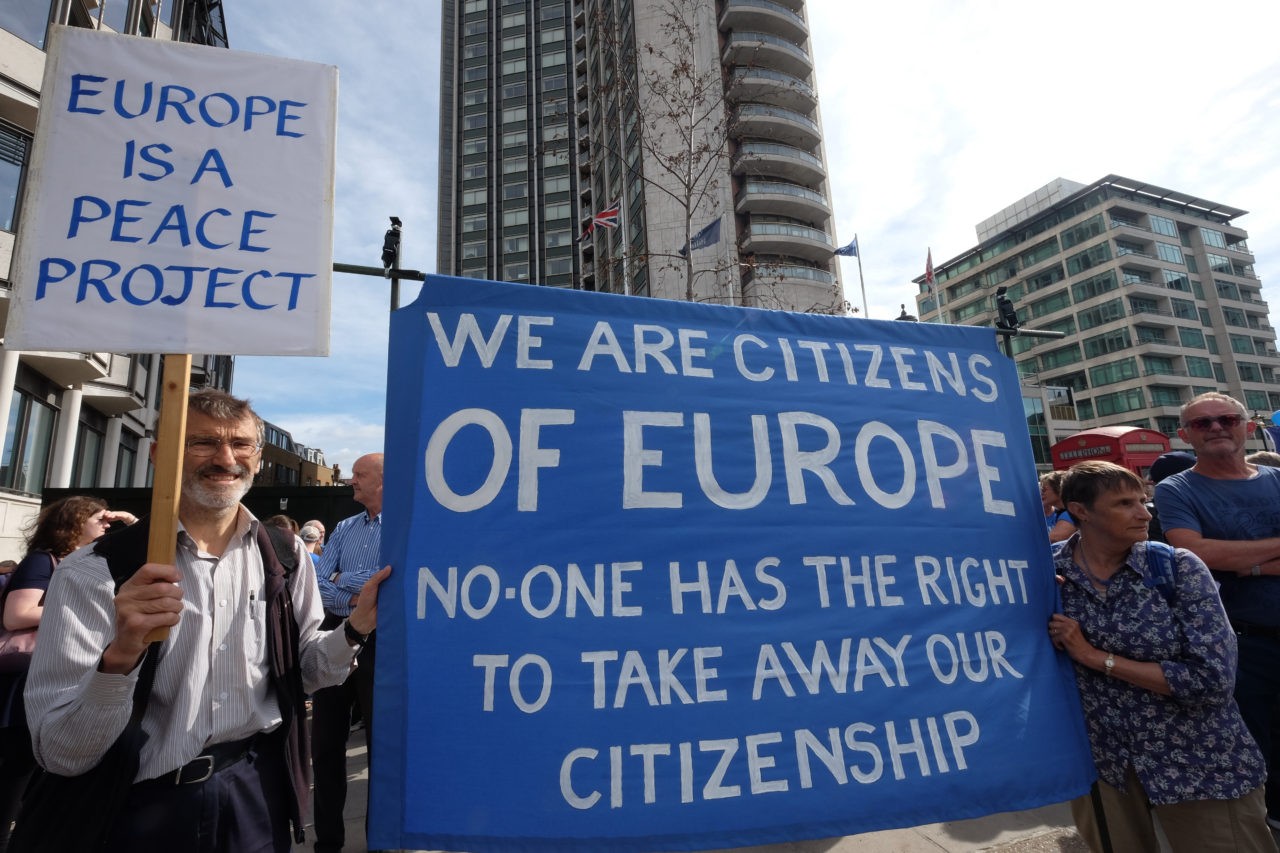 Not for much longer… 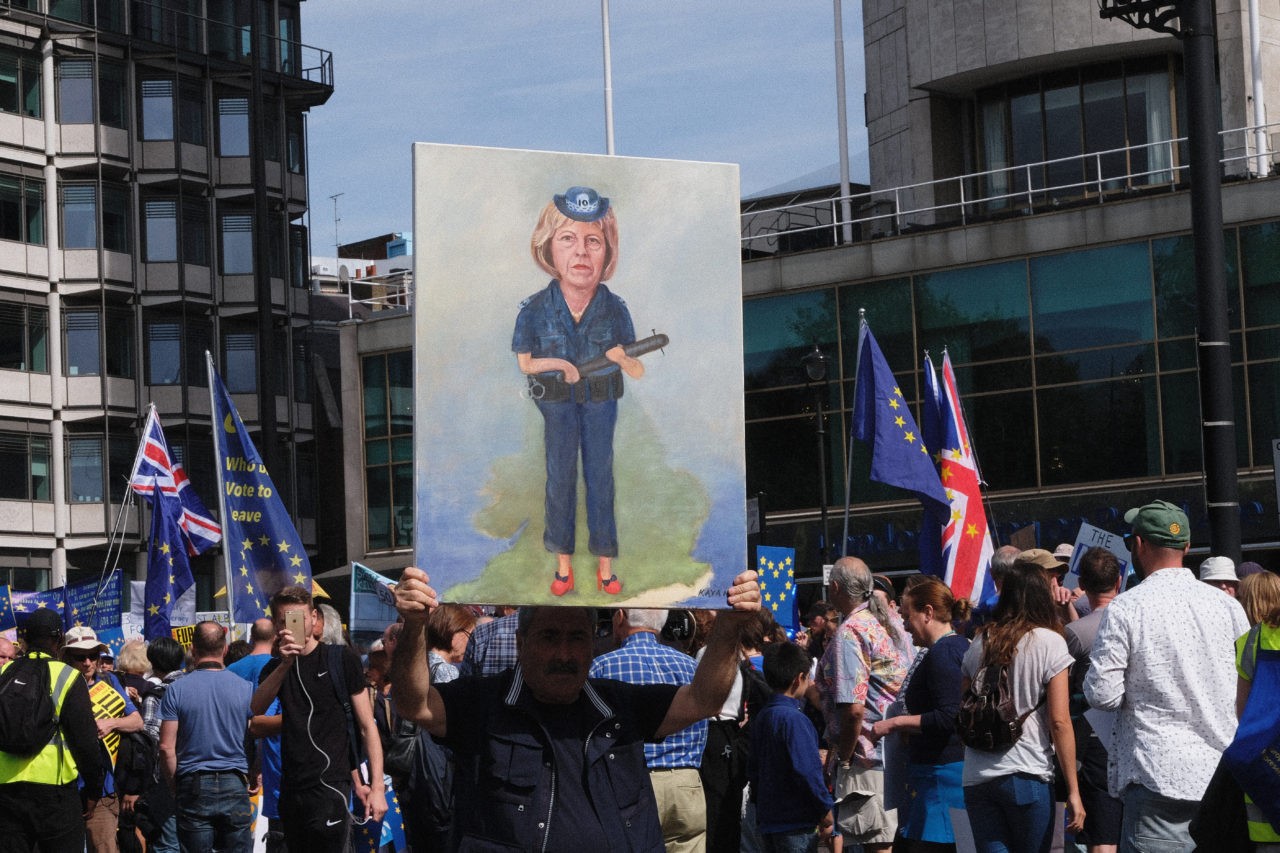 No political gathering is complete without him 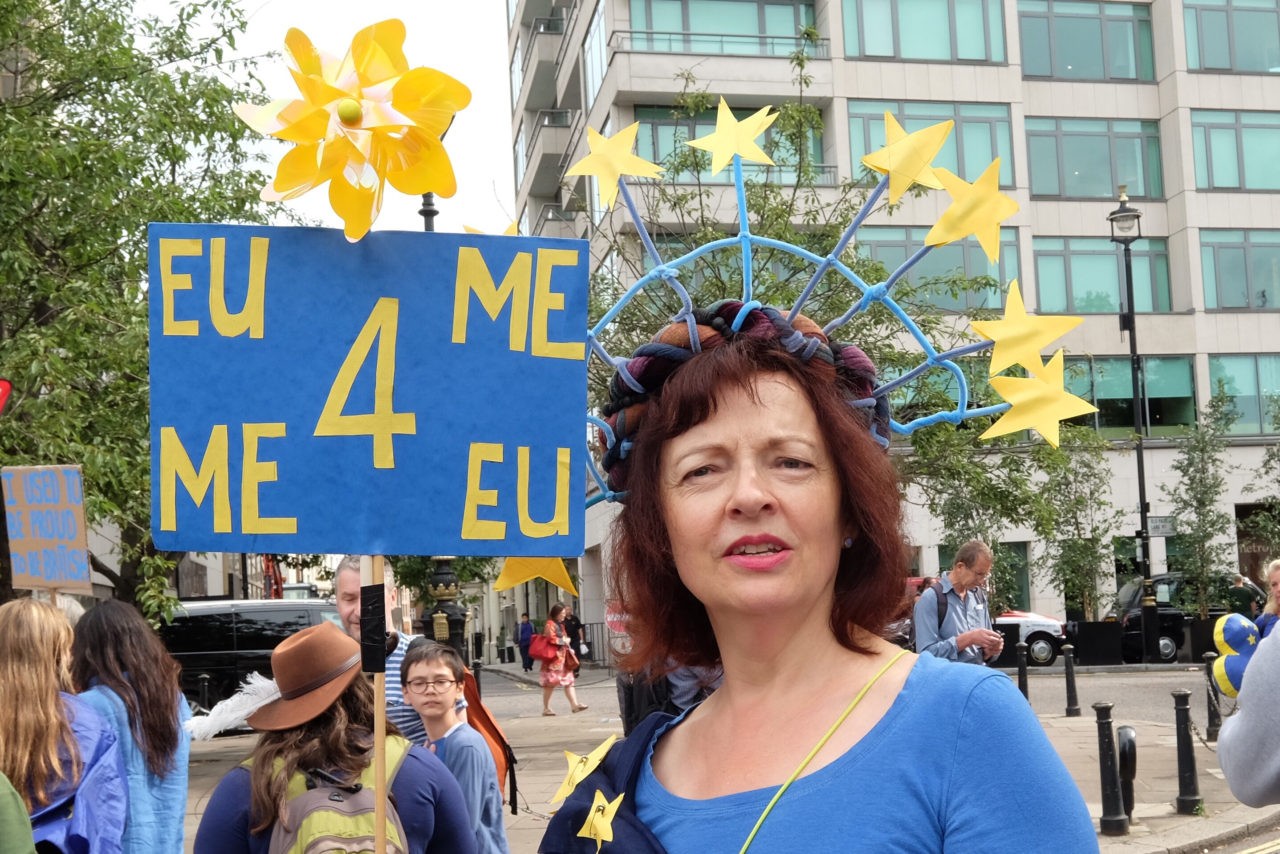 Nothing says liberty more than an unaccountable elite 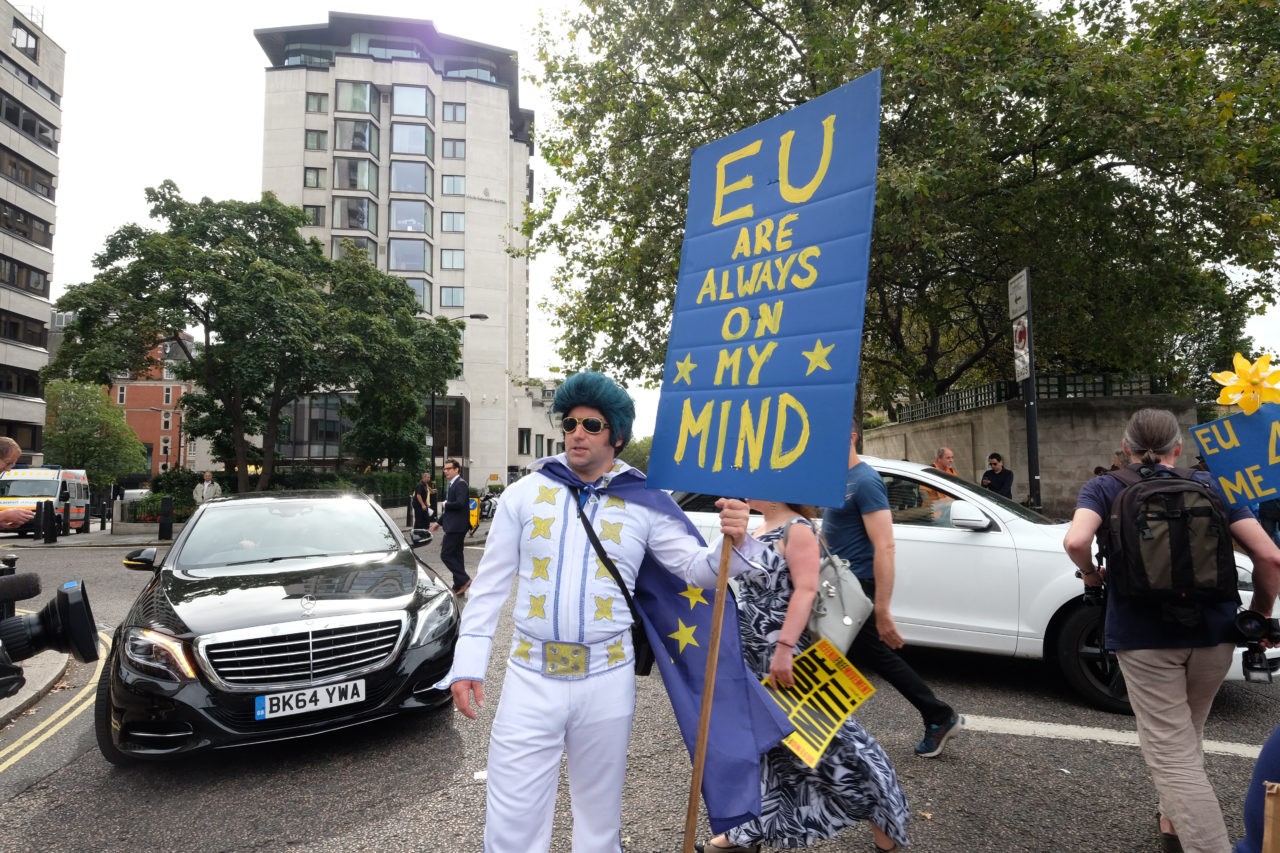 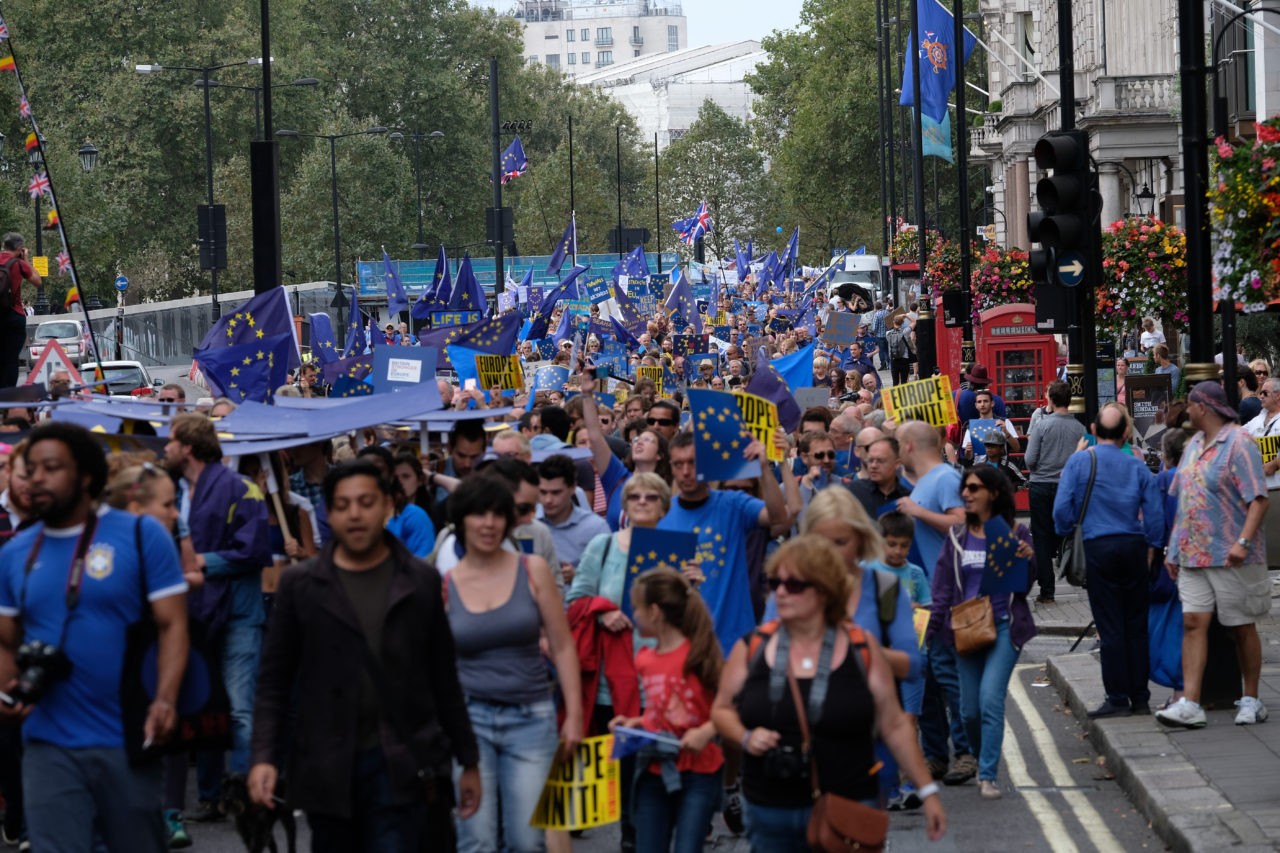 Turnout was much lower than previous protests 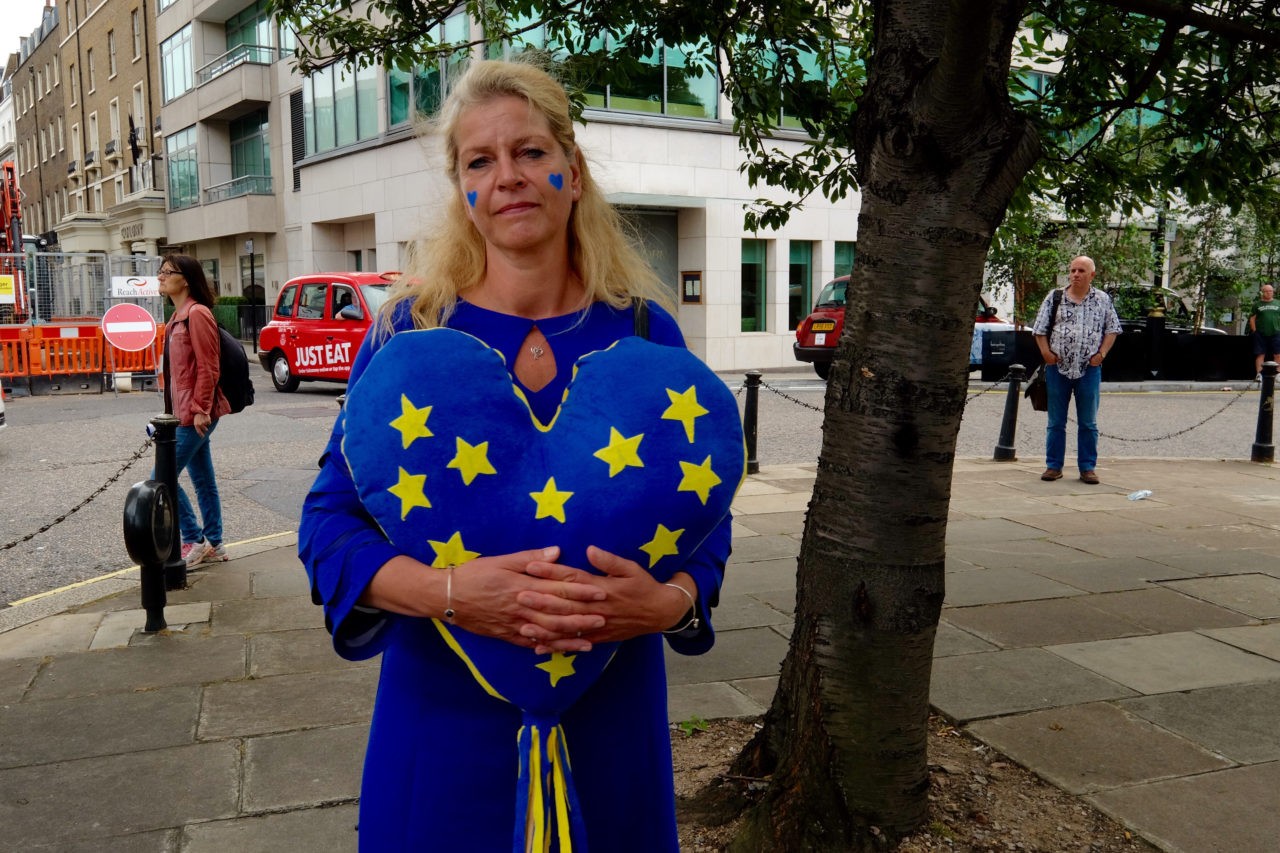 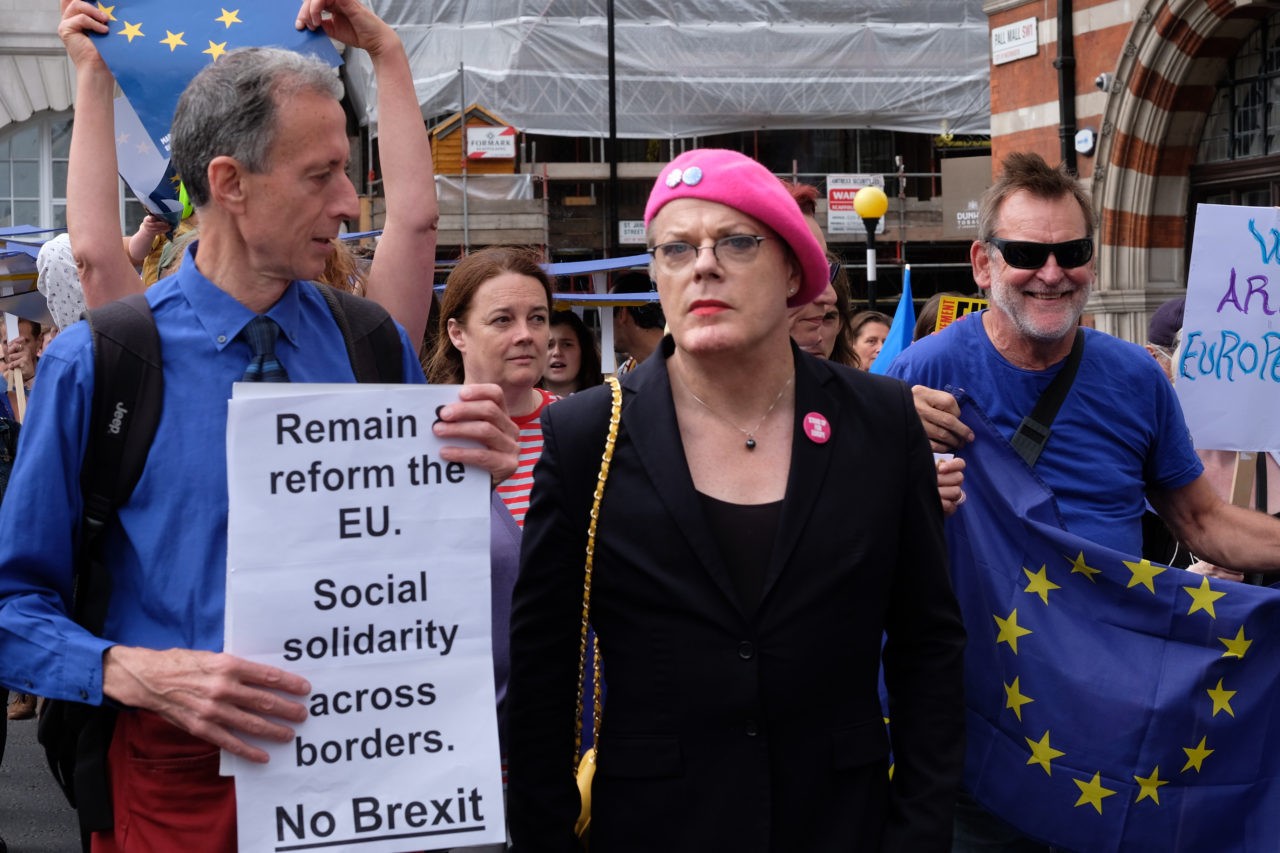 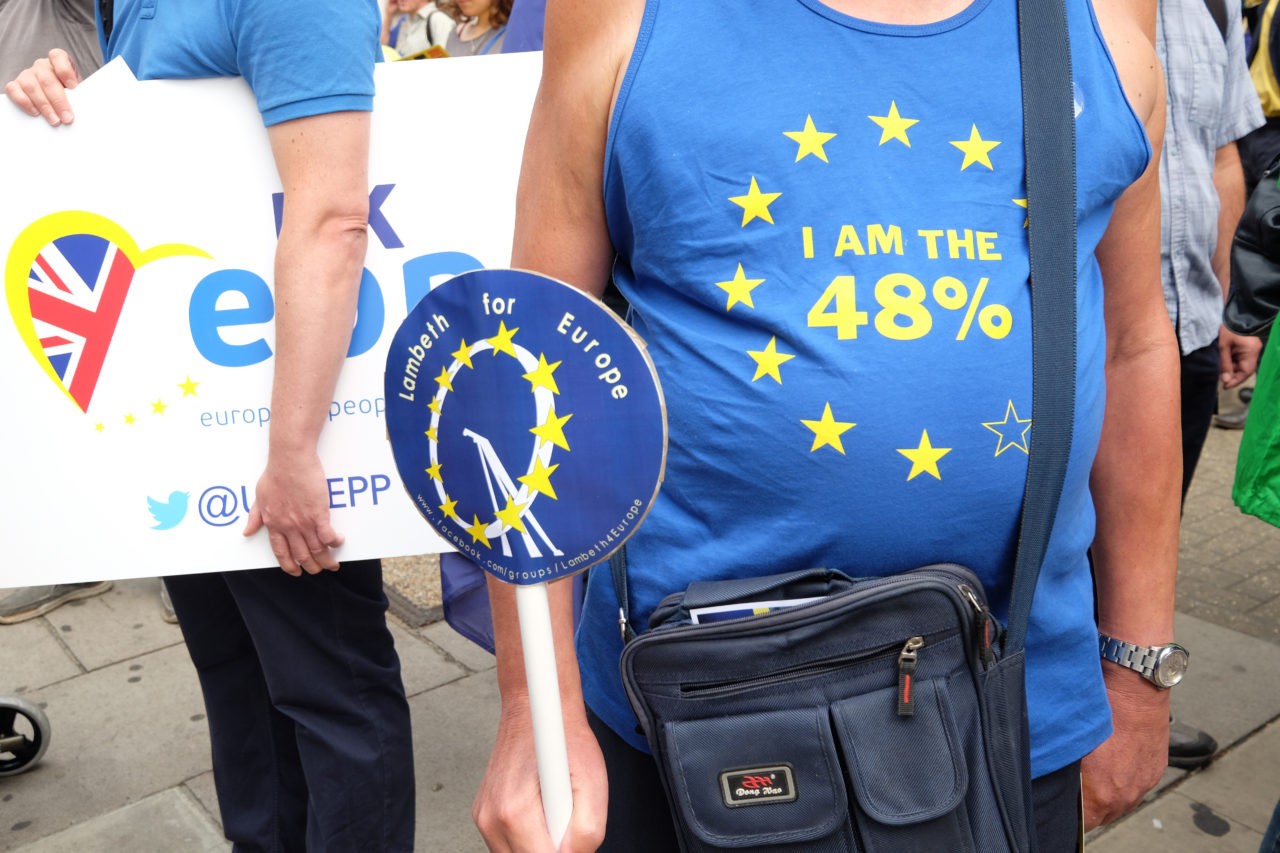 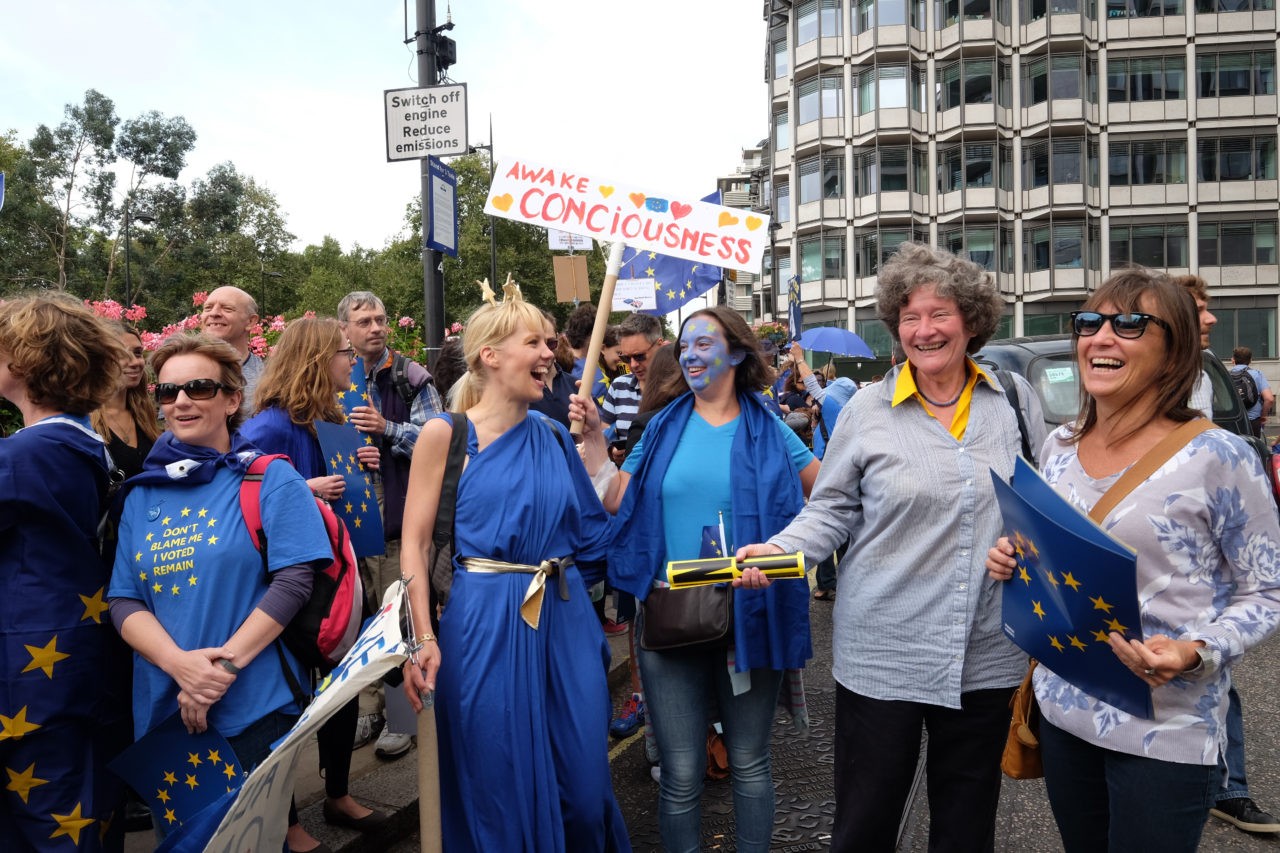 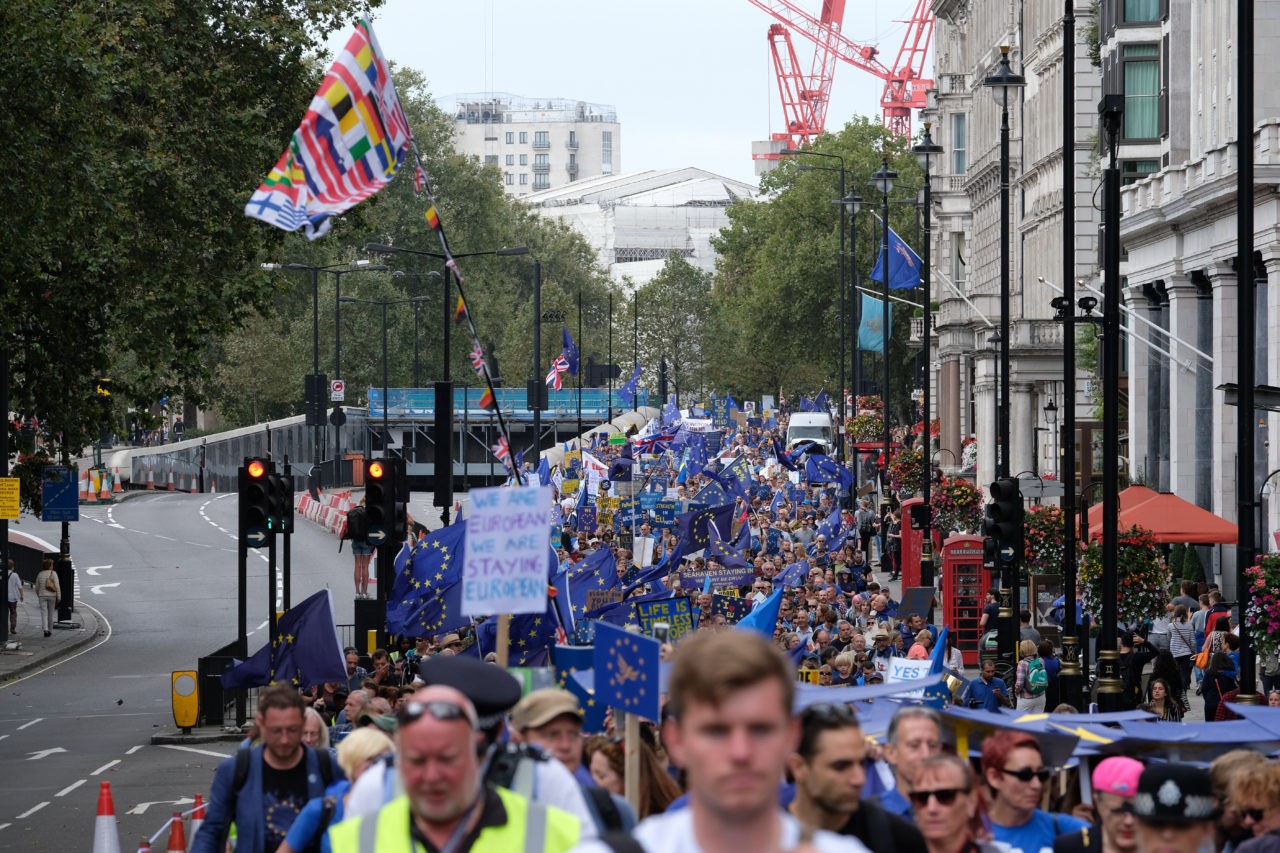 They were not quite big enough to block the whole road 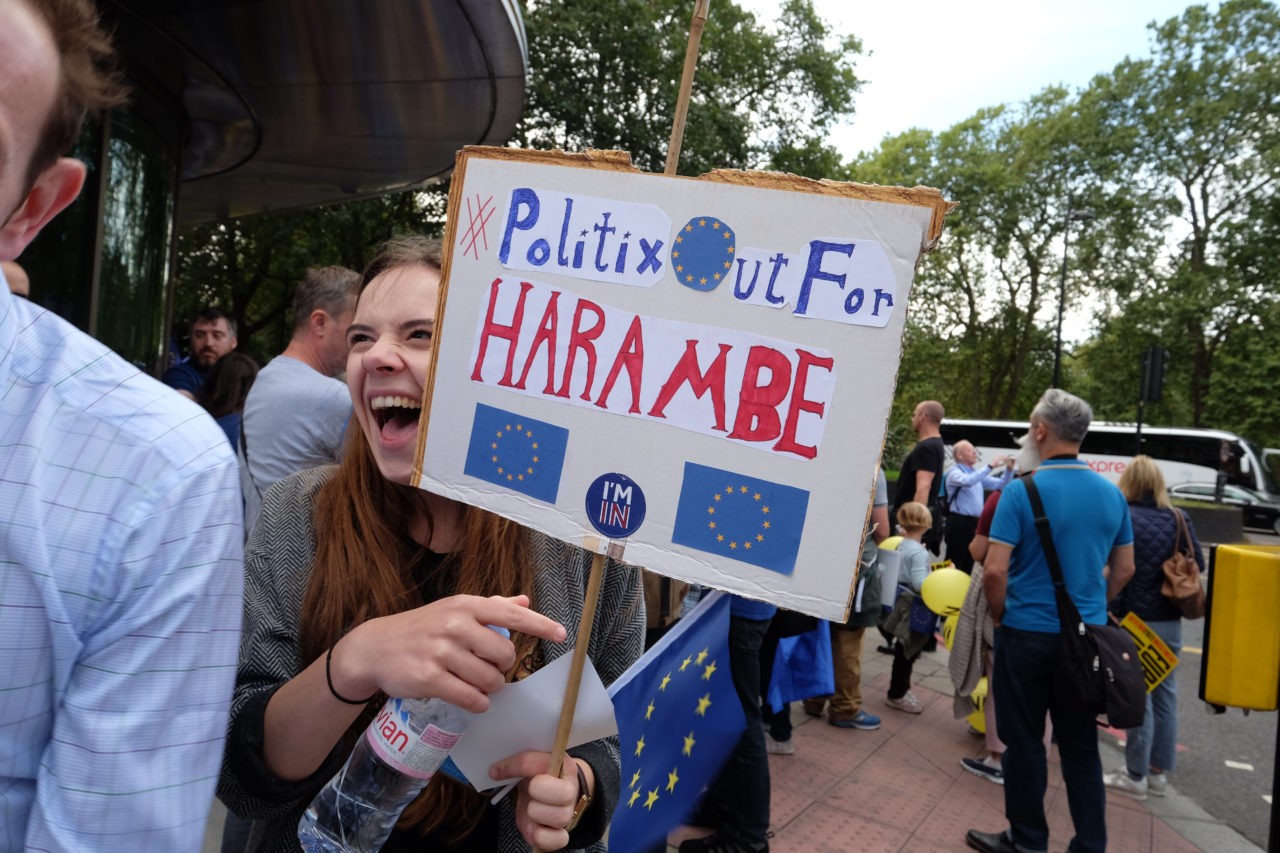 It’s what he would have wanted 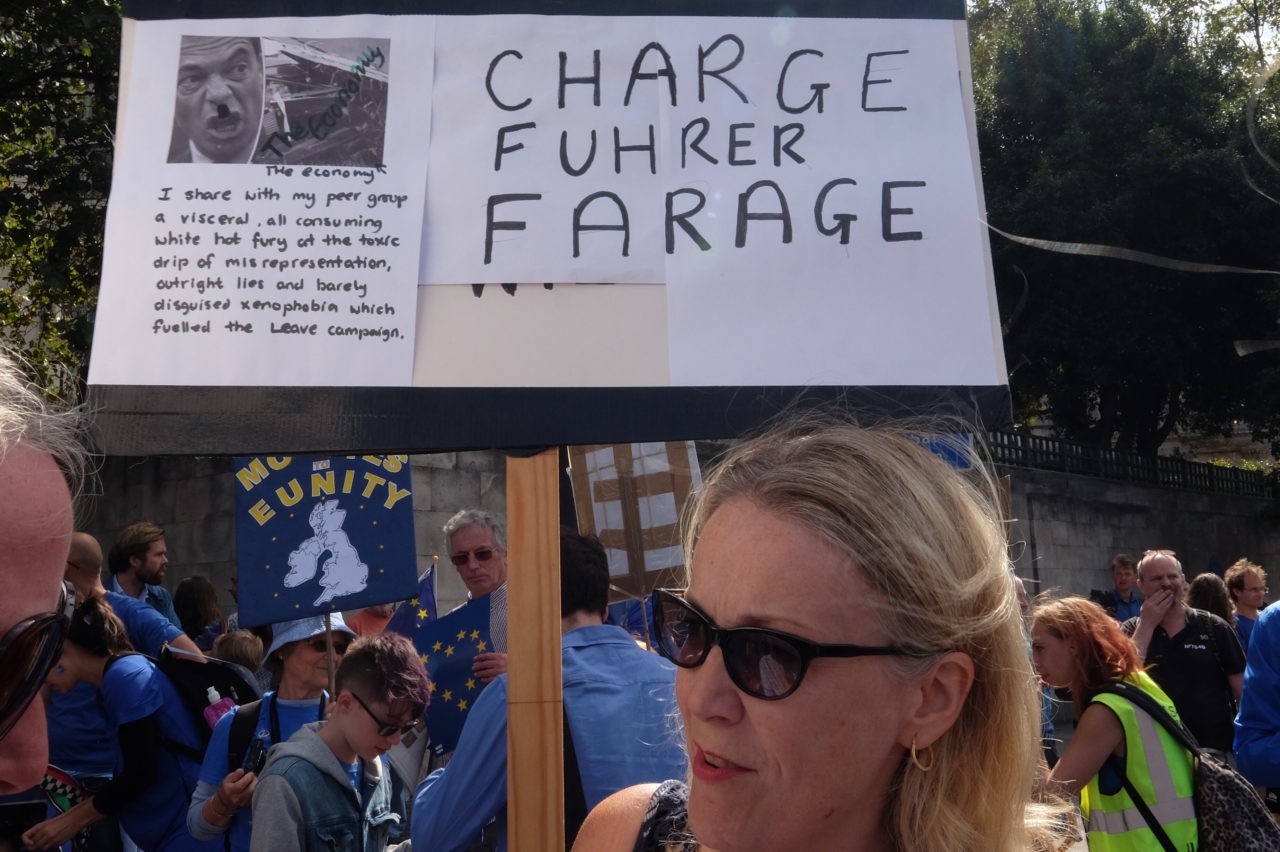 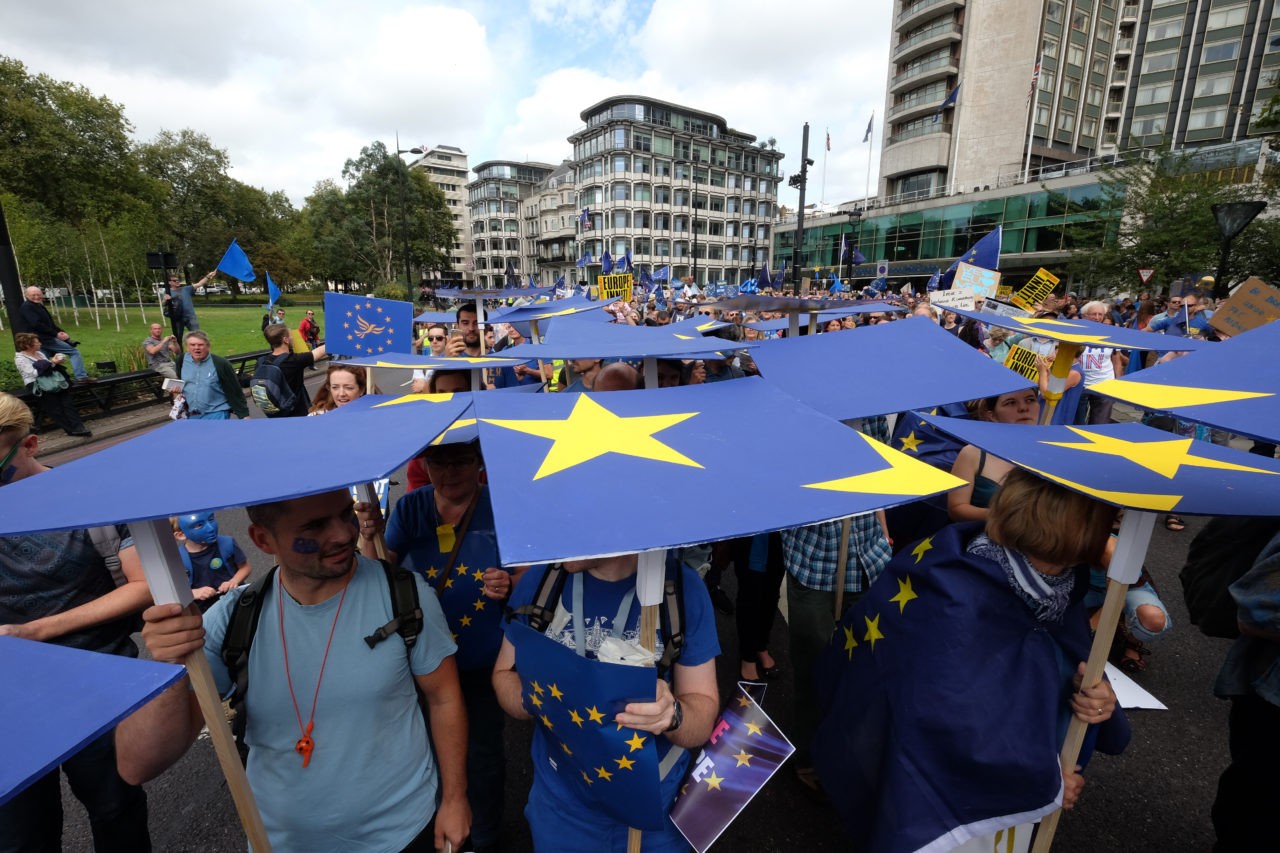 Attempts to create a giant EU flag were not entirely successful 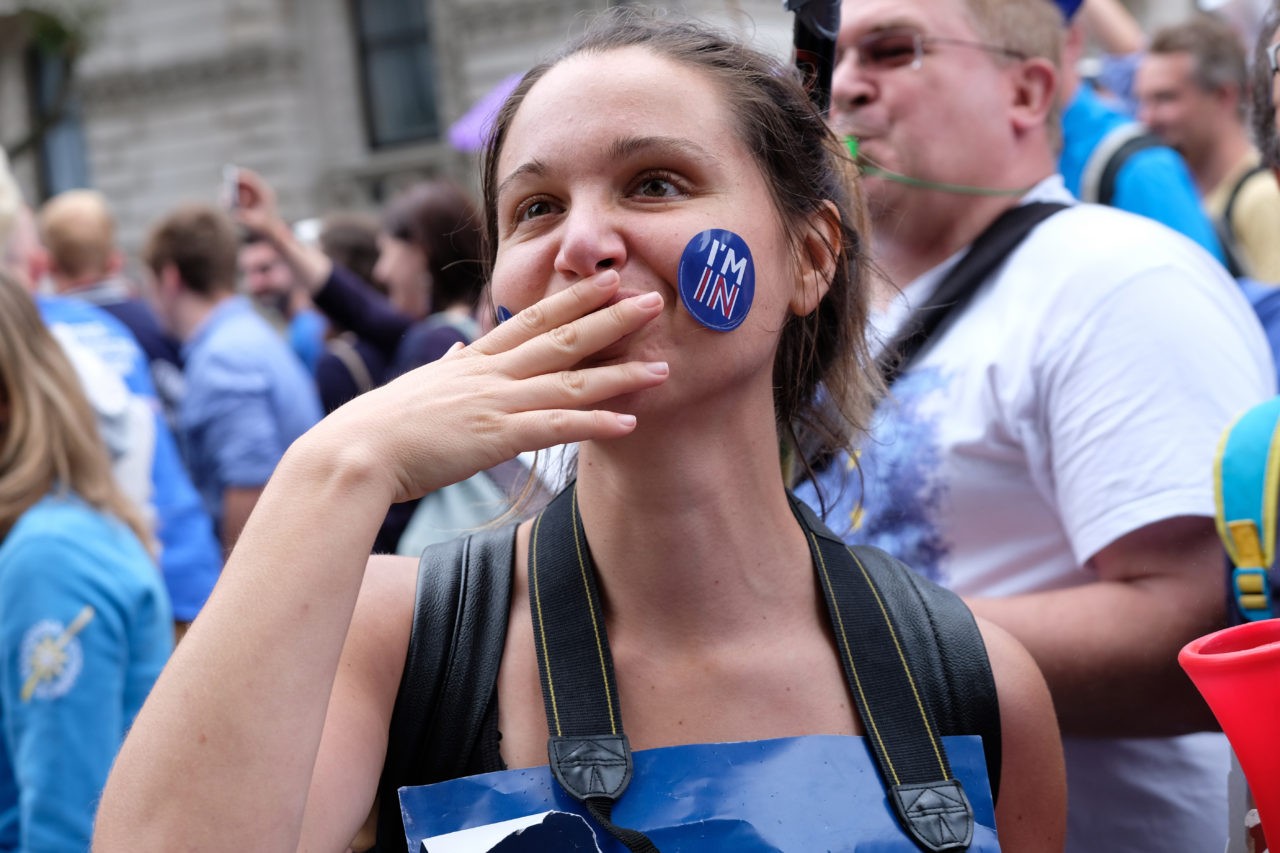 The horror of Brexit 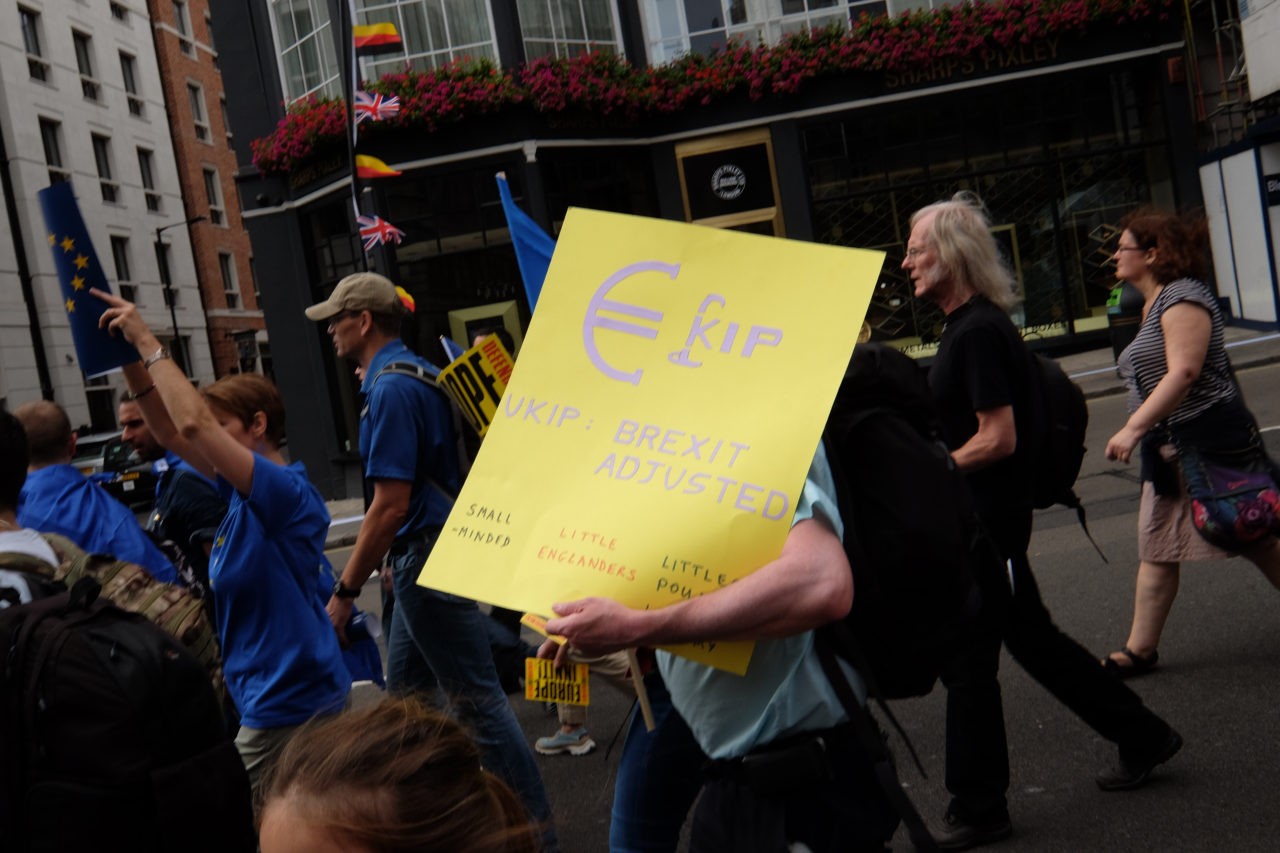 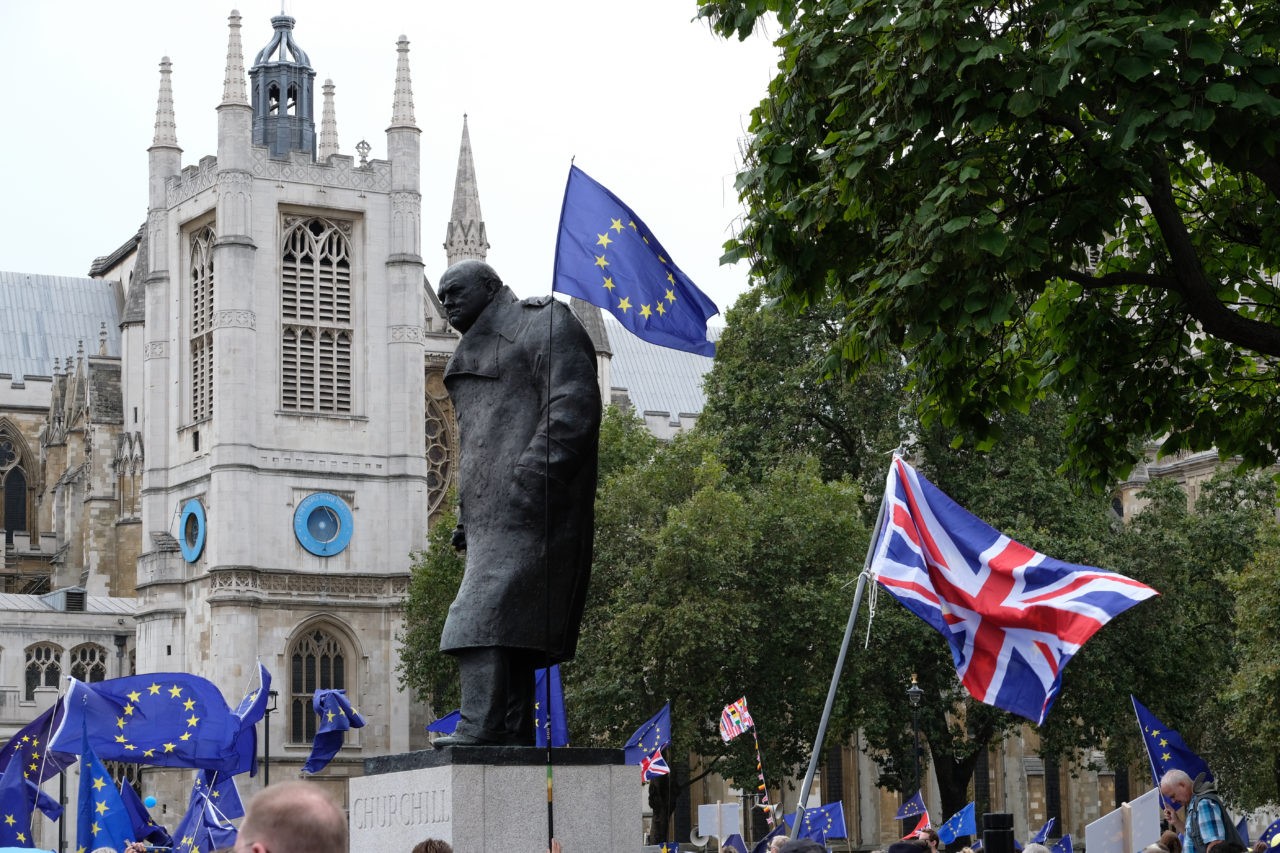 What would he make of it all? 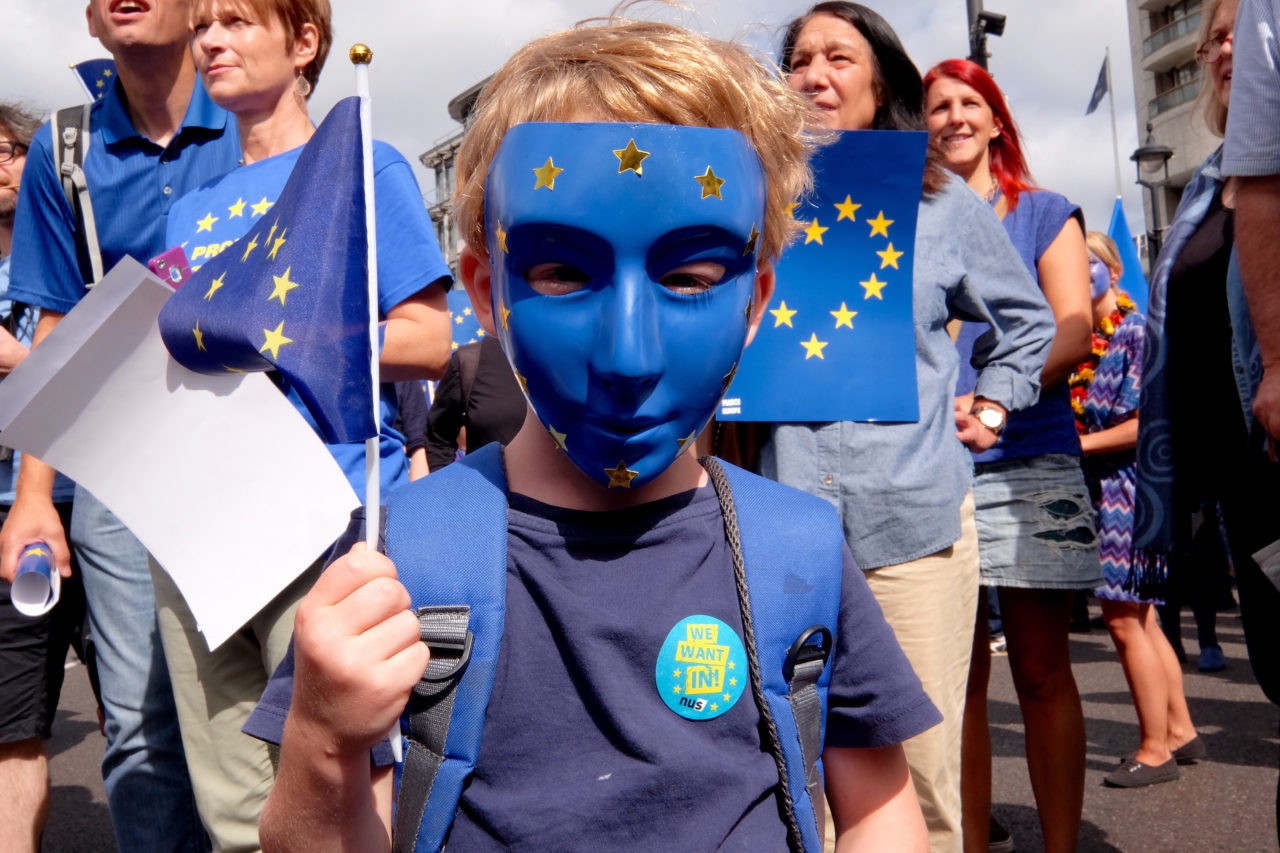 Something vaguely sinister about this 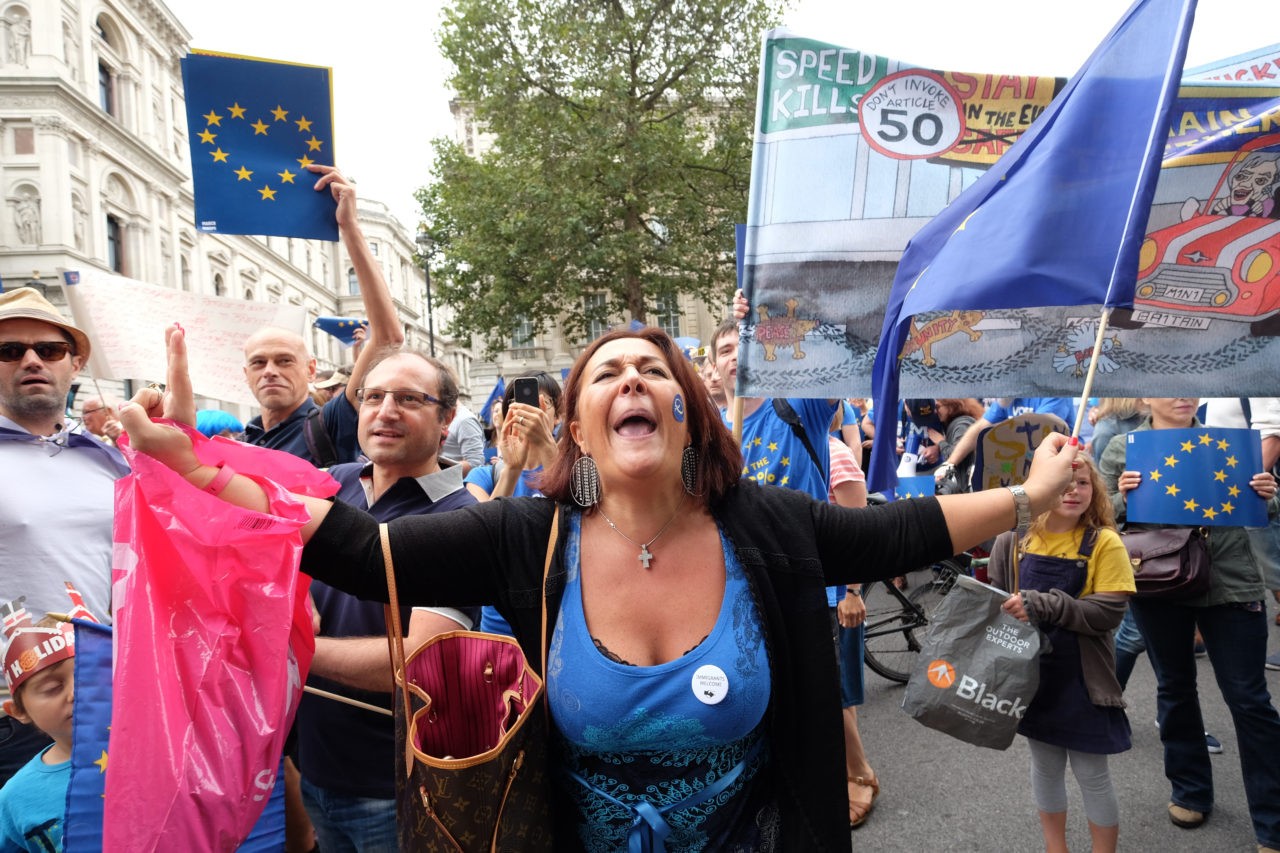 The EU love is just too much for some people 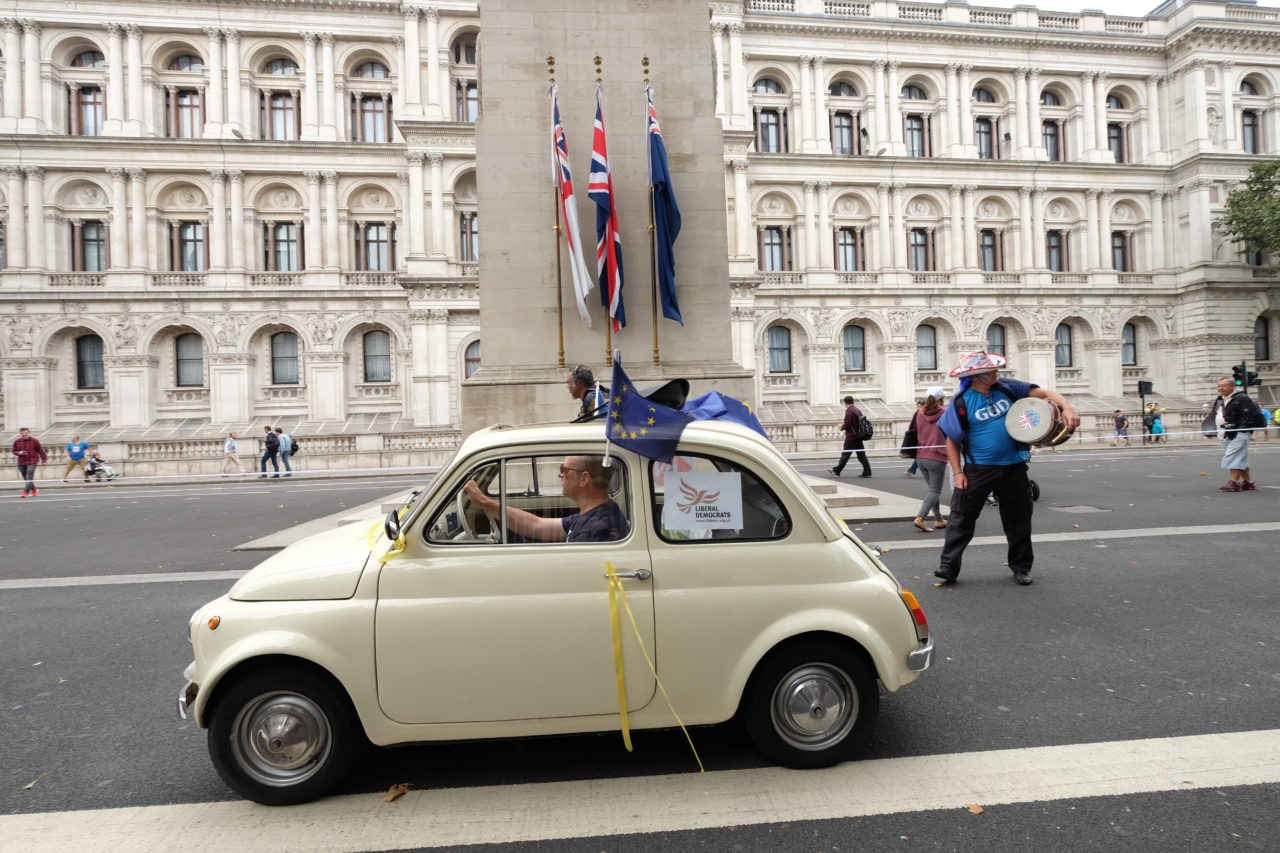 Nowadays they can almost fit all their MPs in there