Black Lives Matter UK, with the “full support” of the U.S. movement, has shut down London City Airport because “environmental inequality is a racist crisis”, demanding more mass migration into Europe.

“This action was taken in order to highlight the UK’s environmental impact on the lives of black people locally and globally,” declared the group in a statement. “By 2050 there will be 200 million climate refugees. Black people are the first to die, not the first to fly, in this racist climate crisis.”

“We believe the time is now for a [BLM] movement in the UK to #Shutdown a nationwide crisis of racism and to fight for all black lives,” they add.

Posted by BLMUK on Tuesday, 6 September 2016

Police have confirmed that nine protesters on the runway locked themselves together, causing huge delays. Seven have been arrested on suspicion of “aggravated trespass”.

“We’re currently experiencing disruption to all flights due to protestors at the airport. Police are currently on the scene”, tweeted London City Airport (LCA).

It is thought the group either swam across the London docklands to reach the runway or used a small dingy.

Speaking on the telephone, BLM activist Alex told Sky News live that, “We are in total conversation with the people who created the movement in the U.S…they are in full support and when they wake up in a few hours they will release a statement saying that”. 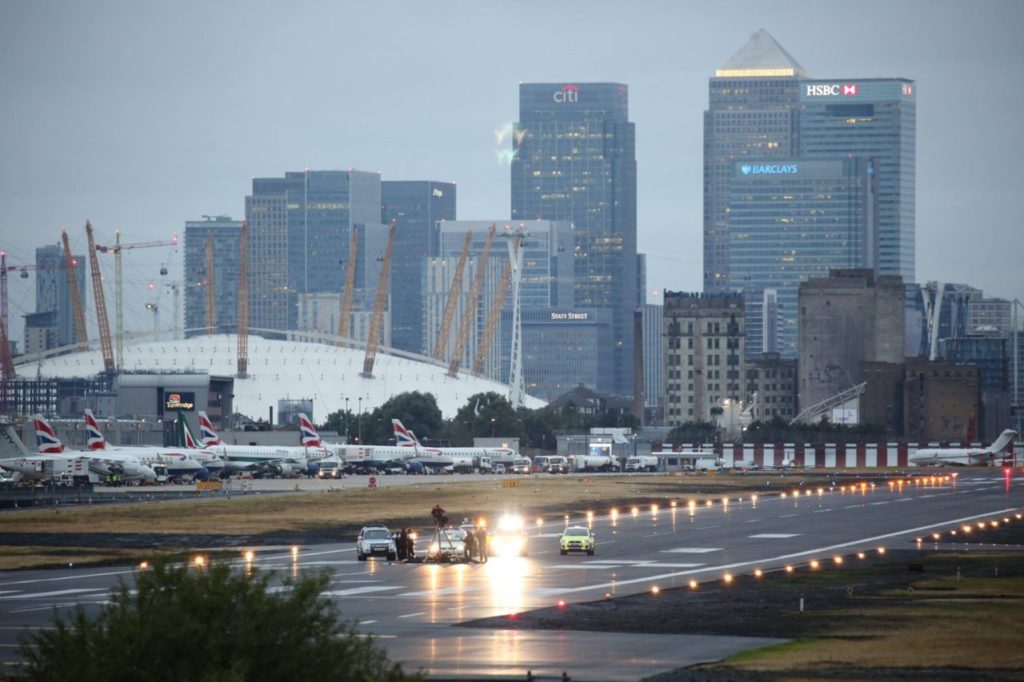 She also said that “climate change is a race issue” and said pollution is racist because it gives black people “asthma and skin conditions”.

The movement in the UK is now focused on three areas, she explained: “Police brutality”, “border violence” and encouraging mass migration into Europe, and “institutional racism” – which includes “hate crime”, “discrimination” and now climate change.

In their statement, the group claimed that LCA is “designed for the wealthy” and local black people earn just £20,000 a year. Several of the leaders of BLM UK went to Oxford University, one of the most prestigious institutions in the world.

“Whilst at [LCA] a small elite is able to fly, in 2016 alone 3,176 migrants are known to have died or gone missing in the Mediterranean,” they continued. “We note however that the UK is willing to charter special flights to remove black people from the country.” 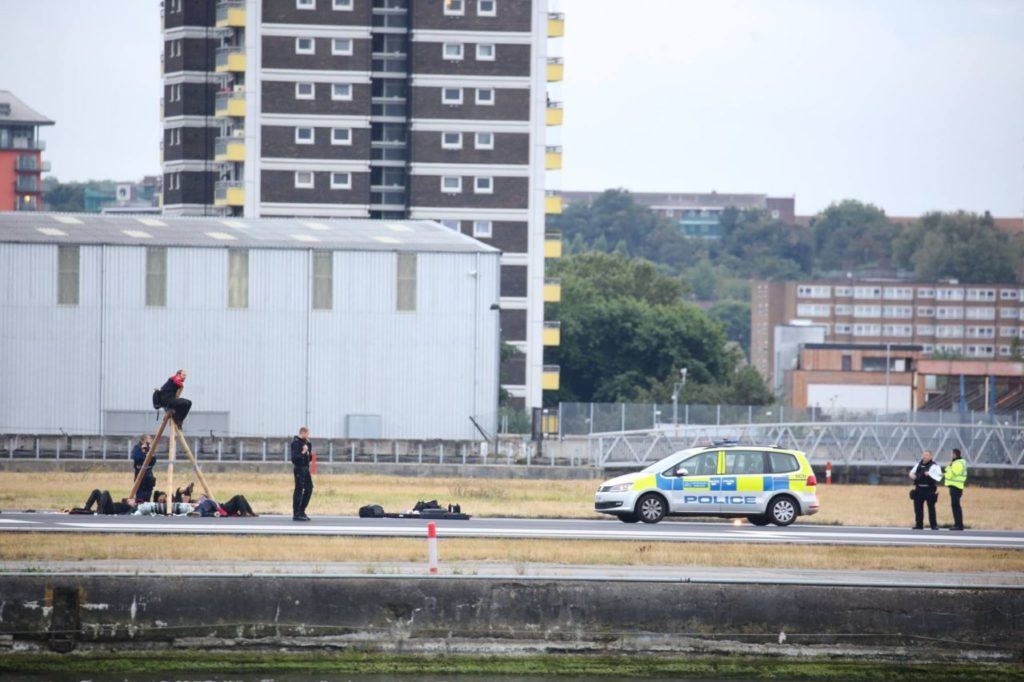 BLM have been escalating their activity in the UK recently. At the end of August, they blockaded roads into Heathrow, the UK’s busiest airport, and tramlines in Nottingham in protest of “institutional racism”.

In June, they shut down parts of London for up to five hours and then held a protest outside the U.S. embassy demanding “boycotts” of American businesses.