Black Lives Matter UK (BLM UK) has been forced to deny they’ve been “hijacked” by white people and Greenpeace after they held an all-white protest focused on climate change.

On Tuesday morning, BLM UK “shut down” London City Airport because “environmental inequality is a racist crisis” and “impact[s] on the lives of black people locally and globally”.

Many people online were confused how climate change was suddenly a “racial issue”, as the group claimed.

It was then observed that all nine of the activists involve where white, with it later emerging that they probably came from the environmental group Plane Stupid, who have organised numerous similar protests at airports.

Some of the nine white activists on the runway (Photo Credit: Facebook / BLMUK)

BLM UK was quick to defend the all-white protest as “white allyship under black leadership”. Yet many fellow “anti-racist” activists were not satisfied.

One was Lee Jasper, a former advisor to the Mayor of London on race relations and the chair of Black Activists Rising Against Cuts UK, who slammed the BLM UK protest for being white and focusing on climate change.

“It’s cultural appropriation. Even our struggle [is] no longer our own,” he wrote on Twitter.

He accused the activists of being “SWP [Socialist Workers Party] members”, said they should focus on deportations, not environmental issues, and retweeted an activist claiming BLM UK “has been taken over by GreenPeace”.

Other retweets on his feed raged: “Thus Far I’ve noted that Not one of those City Airport Protestors was Black… One of the WHITE MIDDLE-CLASS CITY AIRPORT Protestors is an OXFORD Uni Student! Am I missing something here??” 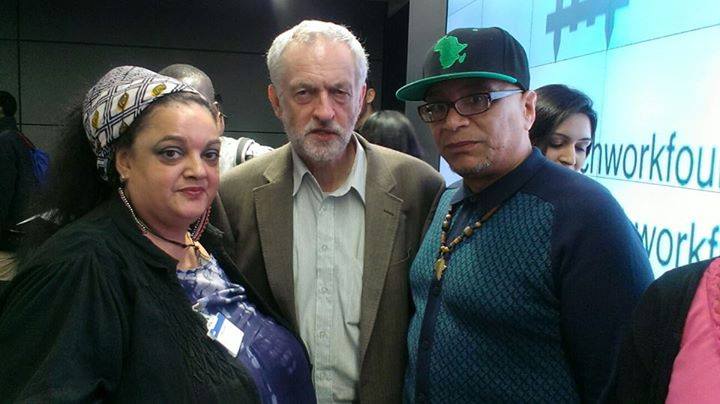 Responding to the criticism, Alex from BLM UK told BBC Radio 4: “We’ve definitely not been hijacked. This was definitely a black-led, Black Lives Matter action and climate change is something we need to talk about.”

She argued that “it’s important to have white people take responsibility for an issue like climate change” as they are primarily responsible for it, and said “it wasn’t an accident” that all the protestors were white.

Some of Alex’s fellow young activists were less diplomatic, attacking Mr. Lee for being “out of touch”.

Has Black Lives Matter been hijacked by white people? https://t.co/5JTSJ7nZ4a