The clear reference to the viral campaign slogan of Donald Trump’s campaign to take the United States presidency — ‘Make America Great Again’ — has been adopted by a number of other political movements worldwide and adjusted for local use. Speaking to the BBC’s Andrew Neil today, Mrs. James laid out what she thought of as the direction for UKIP, as she attempted to set out her ambition to make it the main opposition in UK politics.

Speaking this morning, Mrs. James said: “My vision… is global, is positive, is outward looking, is enterprise building, and is going to make this country great again”.

Mr. Neil challenged the new leader, remarking that now Britain had voted for Brexit UKIP was a party without purpose. Explaining that UKIP still had to stand for Brexit actually taking place and listing the divisions and weaknesses in Britain’s other political parties for UKIP to exploit, she said:

“We are the only party 100 per cent committed to Brexit. We’ve got a Tory government that’s still split, a Labour party that has no idea which direction it is going in, you’ve got what’s left of the rump of the Liberal Democrats that are now relying on their single voice in Europe to get their message across.

“We’re the only party that is going to stand up for the over 17 million people who want to leave the European Union. Simple. 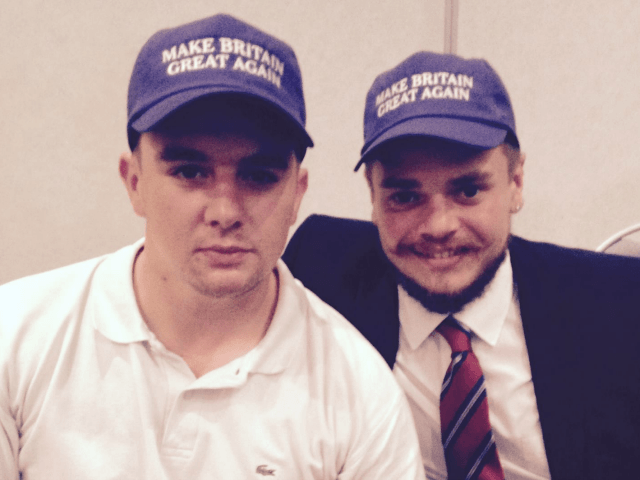 On the main policy areas UKIP will now pursue in a post Brexit-vote Britain, Mrs. James said there were a number of areas that needed special attention in a post European Union nation. Hitting the areas in which her party has traditionally performed well and outmanoeuvred the mainstream parties, she said: “Certainly the issue of migration and immigration.

“The issue of defence, giving us back the ability to defend this country… this whole aspect of homeland security, that we don’t even have a functioning border force, functioning passport control system. We even have a home secretary threatening, continuing project fear, a visa charge for people going into Europe or coming into the UK. Absolutely bizarre”.

Moving into territory perhaps more traditionally associated with the Labour party, with whom UKIP is competing for votes in the North of England, Mrs. James said: “The major one for me, given my career background, is the state the NHS is in. If we can really show a very clear vision and stand up to what Jeremy Hunt is doing… I will be very happy”.

Breitbart London reported earlier this week on the new apparently unofficial slogan of UKIP, ‘Make Britain Great Again’, with American style trucker-caps being sold at the party conference. Party youth wing chairman Jamie Ross McKenzie told Breitbart the idea had come to him when watchign Nigel Farage on stage with Donald Trump, remarking: “Sometimes the best and boldest ideas are the simplest”.