A left-wing activist leading protests in Calais is a self-described “freelance troublemaker” who promised this week to “organise riots” in the Jungle camp and once said Islamic State attacks in Europe were good for migrants.

Chiara Lauvergnac (pictured, top), 55, works with No Borders, who currently have around 30 activists in the migrant camp in Northern France. At a recent meeting in London, No Borders handed out flyers encouraging attacks on police as they attempt to evict illegal migrants.

The revelations come as French authorities begin to dismantle the Jungle, with police investigating claims huge fires currently raging there were set by anarchists travelling from Britain.

Ms. Lauvergnac is a former anthropology student at the University of East London who also claims to have attended the “Anarchist Free School”.

She is currently living in London after emigrating from Trieste, Italy, and has been travelling to Calais and Dover to agitate from as far back as 2012. 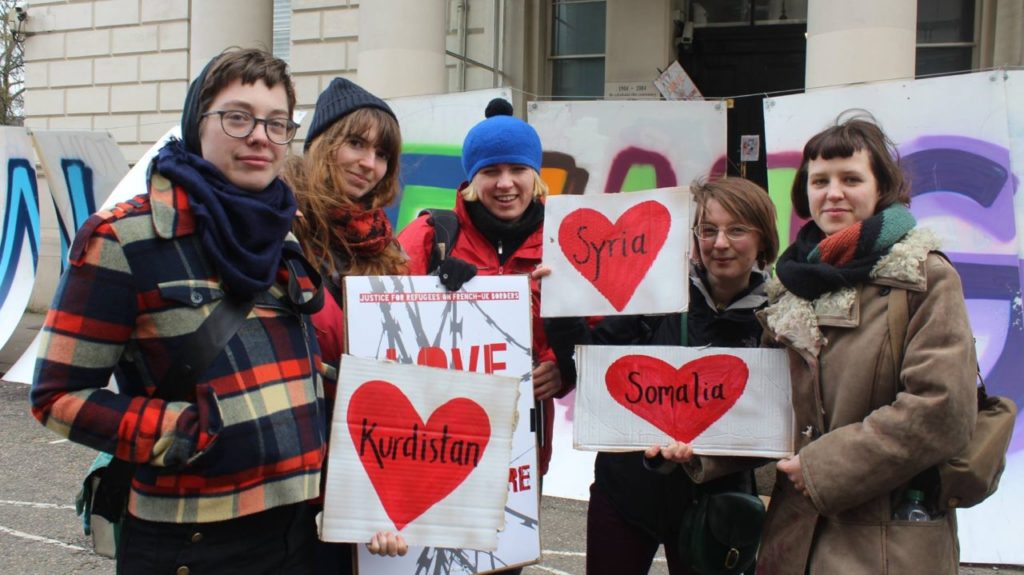 A photo shared by Ms. Lauvergnac earlier this year showing a pro-mass migration protest in London

On the 21st of this month, just 5 days before today fires, she wrote on Facebook: “Of course the main preoccupation of the French government at the moment is to catch the trouble makers from no borders, who will try to infiltrate the little mob of very destitute refugees who are still in the jungle, and organize riots…”

She condemned deportations and border controls, adding: “The people want freedom to move, not dispersal, detention and deportations!”

Furthermore, as reported by Breitbart in March, she said the Brussels bombings were a “good thing” the day after the attack, claiming: “It could mean some chaos and a good chance some people will go to UK! Sorry, there is a good side to everything.”

The Islamic State atrocity was a “false flag” operation fabricated by Western leaders, designed to increase support among the public for higher governmental security measures, she claimed.

And Ms. Lauvergnac not only caused controversy with her words. Last year, a court handed her a conditional discharge and ordered her to pay £400 in costs and a £15 victim surcharge after she illegally attempted to block deportations from Gatwick airport. 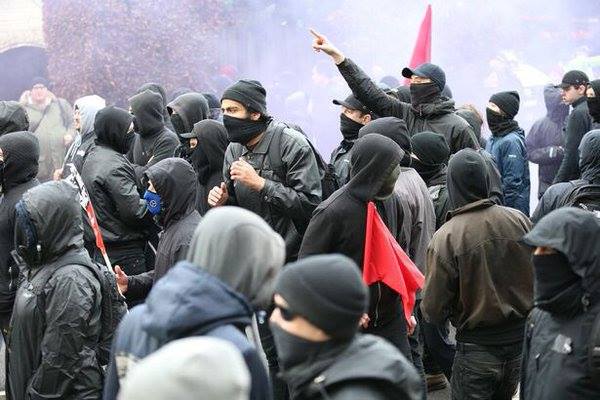 A photo shared by Ms. Lauvergnac last year, captioned: “Hundreds of militants all over #Dover police have lost control #antifa”

About a month ago, she shared a photo album called, “Night descent of cops [sic] into the jungle”, explaining how, “everybody shout[ed] to stop throwing stones, but the pigs got hit by quite a few pebbles. So the pigs stop advancing”.

Ms. Lauvergnac has also written about her opposition to Brexit and PEGIDA, and shared photos of ‘anti-fascist’ and anarchist flags at protests in London.

Reacting to the revelations, Tom Radcliffe, a British volunteer who helped to establish Help Refugees, condemned his fellow activists. He said:

“They sometimes do some rather foolish things, giving people inaccurate information. They can be immature because many of them are very young and haven’t seen what happens when things go bad.” 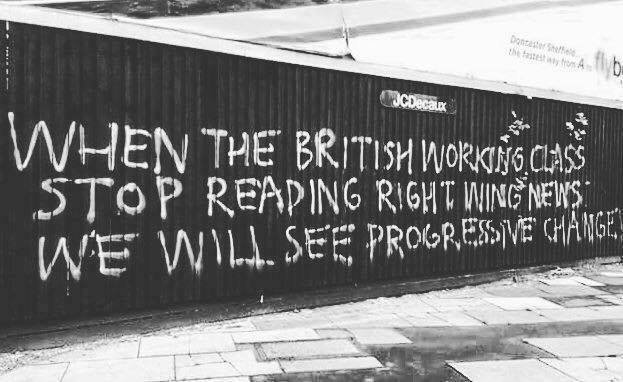