Following the success of Brexit, it feels like the United Kingdom’s duty is to spread the rediscovered notions of freedom and independence across the European Union.

As British Conservative politicians of Polish descent who have been active in the Brexit campaign, even going as far as creating the Vote Leave wing called Poles for Britain, we felt compelled to share our knowledge with our Eurosceptic counterparts in Warsaw.

Przemek Skwirczynski, who stood as a non-member for the Polish Eurosceptic KORWiN party in last year’s Polish parliamentary elections, was responsible for building the initial bridge with fellow Eurosceptic Polish MPs. Some of those members have been featured on Breitbart before, whereas Daniel Kawczynski – the only Polish-born British MP – has been at the forefront of this endeavour.

The Polish cross-party Parliamentary Euro-realist Group (Eurorealistyczny Zespół Parlamentarny) had kindly invited us to pay a visit to the Polish Parliament (Sejm) on 27th September and our trip gained extensive media attention in Warsaw, given that no official Eurosceptic British political expedition to Poland had taken place until last week.

We flew over to engage with like-minded Polish MPs: Tomasz Rzymkowski, Krystyna Pawłowicz and Jacek Wilk. It was very reassuring to learn they completely understood our decision to take back control of the United Kingdom’s judiciary, security, borders and trade, and wished no less for Poland.

We reassured our counterparts that Poles remain as appreciated in Great Britain as ever and that there is a consensus in the British Parliament regarding offering a permanent residency to all Polish, and indeed other EU, citizens who arrived in the United Kingdom prior to the Brexit referendum. Given the EU has been portrayed in Poland as the only European free trade option, we felt compelled to present other available alternatives, particularly EFTA (European Free Trade Association), hopefully soon to be joined by the UK. 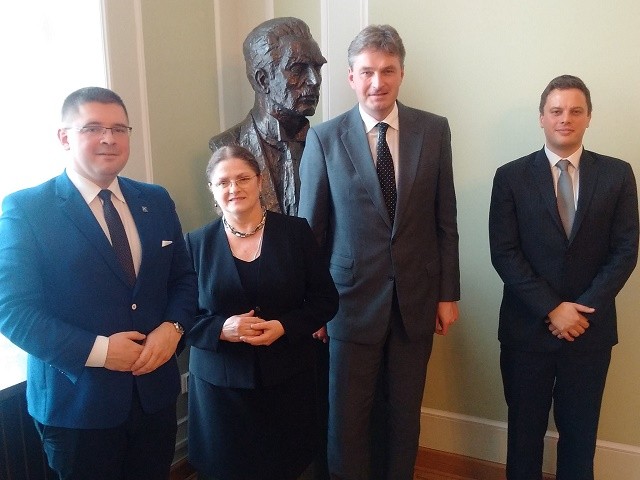 We strongly believe that in the not-too-distant future European nations will stand to choose whether they want a trade-based relationship like EFTA, or decide to remain in the ever more centralised political union — the EU.

Based on our discussions with the Polish parliamentarians — Tomasz Rzymkowski, Krystyna Pawłowicz, and Jacek Wilk — we see that Poland needs a two-fold international relationship. Due to its geographic location, it understandably wants to remain in a robust military pact, which is already provided by NATO.

It further requires a trade-based relationship with the rest of the continent, which could be catered for by EFTA. Importantly, there also is a visibly diminishing public appetite for remaining in the pan-European political union.

We are very content to see that Poland has seized the opportunity created by Brexit, and the Polish government appears happy to help us separate from the EU in the most amicable manner, unlike other member states that seem instead to bear a grudge. Poland, along with the Visegrad Group which includes Hungary, Slovakia, and the Czech Republic, has seized the initiative and put de-centralising pressure on Brussels.

Britain is the second major destination for Polish exports and there is no reason why we should not become the main importer of Polish goods. With that in mind, we are confident that the Polish government will be helpful when it comes to the upcoming bilateral UK-EU trade talks.

Perhaps even more importantly, we are convinced that once the UK is seen to thrive upon our leaving the EU (and joining EFTA), Poland may consider following suit. It is after all the free trade and defence the nation wants, whilst the political union encouraged by its main beneficiaries Germany and France, is at odds with Poland’s national interests.

In fact as we have strongly argued, and in agreement with Mr Rzymkowski, one of the key building blocks of the political union — the planned common EU army — is particularly threatening to Poland’s vital interests.

After all, the real reason for the unified EU military plan is to push the U.S. troops out of Europe, which will in turn leave Eastern European NATO members without their main security guarantor. And so the nonsensical argument of Euroscepticism being equated to giving support to Putin no longer holds true.

The weak German-French-run EU army would undermine NATO, given the lack of U.S. and UK engagement and would, in fact be a great gift to Russia, not to mention the duplication of defence costs for dual EU-NATO members.

Indeed, as argued by Przemek writing for Breitbart in 2014, there are hardly any interests that Poland shares with the EU’s core of Germany and France. The Nord Stream gas pipeline purposefully bypassing Poland en route from Russia to Germany is a clear case of Germany’s lack of ‘EU solidarity’ in pursuit of their own national goals.

Poland’s industry has already been decimated since its EU accession, as denounced by Krystyna Pawłowicz, and sure enough with Britain heading for the door it will become that much easier to impose the failed euro currency on Poland and other countries of the region who managed to stay out of it until now, despite being bound by the EU treaties to eventually join the monetary union. 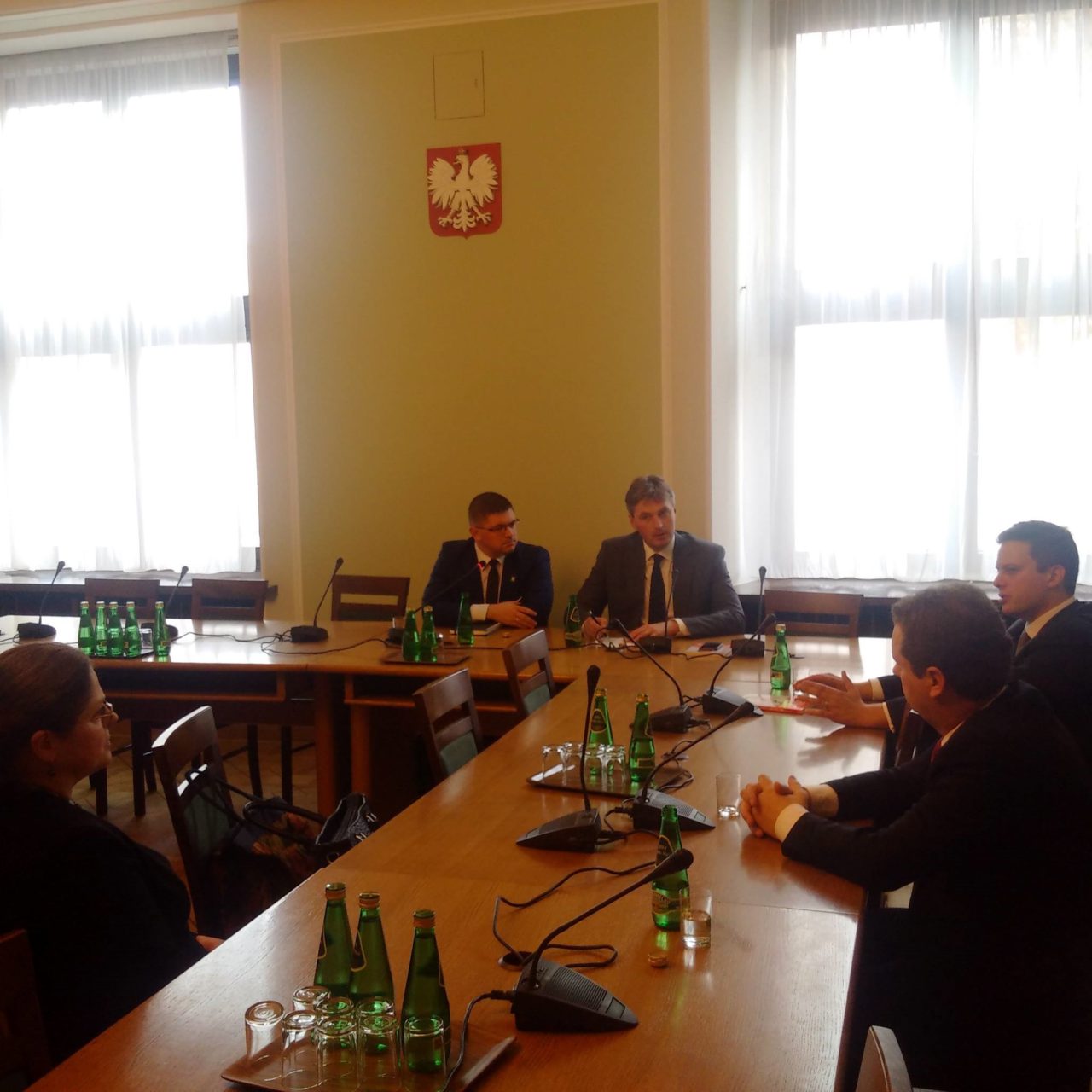 Despite the clear renaissance of Euroscepticism in the Polish parliament, EU propaganda is as prominent as ever with the “Funded by EU” billboards erected over any smallest new bench or flower bed part-funded by the European Union’s recirculating of money through Brussel’s Soviet-style redistribution.

Jacek Wilk pointed out that Poland is due to officially become a net contributor to the EU budget as soon as next year, and with that in mind we are looking forward to welcoming the Eurosceptic Polish MPs to the British Houses of Parliament, perhaps even as soon as January 2017, as a way of reciprocating our Warsaw trip.