The American government has revealed they have “credible information” Islamic State and al-Qaeda are planning to attack Christmas celebrations in Europe this year.

The warning comes days after French counterterrorist police seized a haul of weapons and arrested seven people, taking orders from Syria, thought to have been plotting to hit Christmas events.

With a “focus on the upcoming holiday season and associated events”, the State Department in Washington D.C. said organised attacks, such as those in Paris last November and in Brussels in March, as well as lone-wolf attacks, were possible.

“U.S. citizens should also be alert to the possibility that extremist sympathizers or self-radicalized extremists may conduct attacks during this period with little or no warning,” they said.

“Be aware of immediate surroundings and avoid large crowds, when possible.”

The terror suspects apprehended in France were of French, Moroccan, and Afghan origins and are thought to have been planning their attacks in Strasbourg and Marseille, whilst taking orders from Syria, Le Parisien reports. 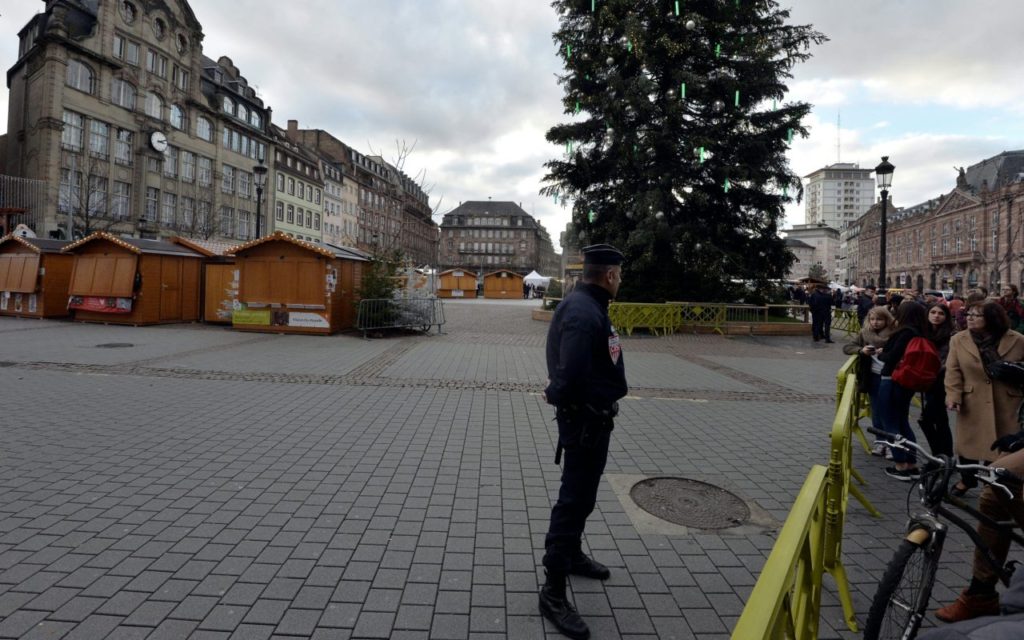 A policeman stands guard next to the central Christmas tree and closed Christmas market in Strasbourg, eastern France, on December 2, 2015. (PATRICK HERTZOG/AFP/Getty Images)

One of the men, named as B. Yassin, 37, a civil servant in a local primary school, is believed to have travelled to Syria via Cyprus in 2015.

In Marseille, three men were detained, who had already been reported to the authorities as “radicalised”.

Following Monday’s arrests, Patrick Calvar, the director general of France’s internal security operations, warned of a “dark period” during which “our enemies will stop at nothing to try to terrorise us”.

He added: “The level of the threat is such that we cannot rest on our laurels… There is no need to hide it: the challenge is immense, and we still have to redouble vigilance.”