Hungary’s foreign minister has praised President-Elect Donald J. Trump and called for “normalised relations” with Russia, while calling for a brake on mass migration saying that illegal migration is a “danger” to Europe.

Asked by the newspaper interviewer whether over time Germany would become more like Hungary in its views on immigration or if Hungary would drift towards Germany’s more progressive ideas, the minister replied: “I know one thing for sure: Hungary expressed the same opinions on the migrant crisis two years ago as it does now.” 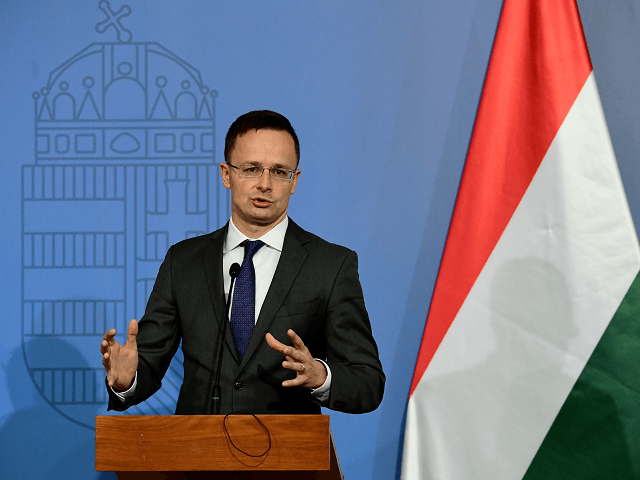 Speaking of the national philosophy on the migrant crisis and mass migration to Europe, Mr. Szijjártó went on: “In our opinion, illegal migration is bad and dangerous for Europe. That is why we need to protect our borders and make it clear you can only enter Europe legally.

“We must stop encouraging immigration and finally abolish the forced resettlement quota, which violates European rules.”

As befitted the minister’s government role, the interview also touched on international relations. While Mr. Szijjártó emphasised that Hungary and Germany agreed on most issues, he said his nation disagreed with military posturing by the EU and NATO which might antagonise Russia.

He said: “The normalisation of relations between Europe and Russia is, in our opinion, essential. It is in Hungary’s economic and security interest that the EU and Russia can show respect for each other and for international law on the basis of a healthy human understanding and can work together in this sense.”

There was also an element of self-interest in the desire to diffuse tensions between Russia and the West, he said, referring to centuries of European history:”It is, incidentally, our historical experience that in conflict situations between the West and the East, central Europe always loses.”

Responding to Welt’s assertion that Hungary had been the most enthusiastic country in Europe about U.S. President-Elect Donald J. Trump, Mr. Szijjártó said: “We think that the direction of foreign policy and migration policy of Donald Trump for Europe is much more favourable than those of the Democrats.”

“In my opinion, the Trump administration will be better for the whole world.”

After having had no visits with Barack Obama’s administration, Mr. Szijjártó said Prime Minister Orbán had already agreed with the president-elect that they would meet in 2017.