Still on the highest level of alert after a series of deadly terror attacks, France will see unprecedented numbers of security personnel on duty on New Year’s Eve.

Weeks after the French government extended the national State of Emergency — already in place for over a year — thousands of police, crowd control specialists, and soldiers will protect celebrations from terror attacks.

France’s Le Figaro reports among the near 100,000 force deployed tonight will be 52,500 police officers, 5,600 border police, 4,000 members of the specially trained riot-control Republican Security Companies, and officers of the elite SWAT-equivalent RAID force.

This force will be backed up by tens of thousands of soldiers presently deployed on Operation Sentinel, the French military mission providing security to the mainland since the November 2015 Bataclan attack which killed 130. The deployment has predominantly focused on protecting schools, synagogues, railway stations, and other public sites considered prime terror targets. 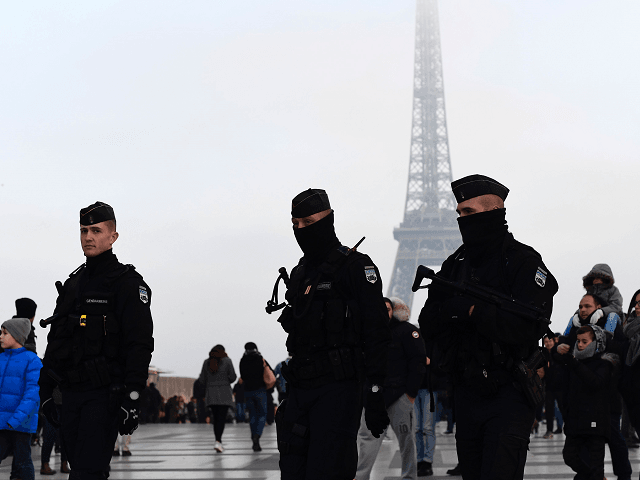 Speaking to the press one officer involved in planning the layered defence for New Year’s Eve celebrations said: “The security measures take into account the terrorist risk and in particular the new operating modes which use a vehicle such as a truck as a weapon”. Measures include the deployment of concrete blocks like those seen in Berlin after the Christmas market attack, and heavy government vehicles parked as improvised roadblocks.

Similar deployments are to be seen on New Year’s Eve in New York where dozens of garbage trucks loaded with sand are to be deployed around Times Square to prevent ram-raid attacks like those seen in France and Germany this year.

In addition to these measures, restrictions on the sale of alcohol, fireworks, and petrol will also be in place. Other powers granted by the state of emergency including the ability to enforce house arrest for those considered to pose a threat and the power for police to close down gatherings and meetings remain in place.

While Nice — already the target of one of the most deadly terror attacks in France ever this year — are witnessing comparatively limited police deployments of a few hundred officers and soldiers, other cities are seeing more. Strasbourg, the second home of the European Parliament will see over 600 men deployed for security.

In addition to officers and concrete barriers on the street, the Metropolitan Police announced they would be staging regular armed patrols on underground trains over the course of the evening.