In a much-anticipated speech, the Prime Minister has confirmed the UK will leave the European Single Market, but failed to outline the UK’s possible future immigration policy and only denounced “elements” of the Customs Union.

Tuesday’s address by Theresa May leaves open the prospect the UK will retain “associated” membership of the Customs Union, and could offer European Union (EU) citizens generous immigration conditions in exchange for “access” to the Single Market.

She slammed the referendum campaign as “divisive at times”, but sections of the speech were clearly designed to appeal to leave voters and supporters of a so-called “hard Brexit”.

However, she also praised the EU, and said that the Brexit vote did not “herald” a “greater unravelling of the EU” and insisted she “did not want that to happen” and wished for the EU to “succeed”.

Today the PM will set out her agenda for Global Britain and vision for a new strategic partnership with Europe pic.twitter.com/SLF6Kcjdo2

The prime minister and Brexit secretary, David Davis, have both already hinted the UK will not accept open borders as a condition for remaining in the Single Market.

“What I am proposing today cannot mean membership of the Single Market”, Mrs May added.

“We will get control of the numbers of people coming to Britain from the EU” the prime minister also said, claiming that “when the numbers get too high public support for the system falters”, mentioning “downward pressure on wages” and infrastructure.

Hinting at the future of immigration into the UK, she added: “I want us to be a secure, prosperous, tolerant country – a magnet for international talent and a home to the pioneers and innovators who will shape the world ahead.”

During questions at the end, Mrs. May was asked if any business sectors will be exempted from immigration rules. She said the government is looking into this and wants to welcome the brightest and the best.

The UK currently gives the EU more than £9 billion a year, and the prime minister did not rule out the prospect of continuing some sort of contribution to the EU’s budget.

Mrs. May said Tuesday she wanted the “freest possible trade deal” with the EU, and said the UK could make “appropriate contributions” to the EU where necessary.

However, she stressed that “the days of the UK making vast contributions to the EU every year will end”. 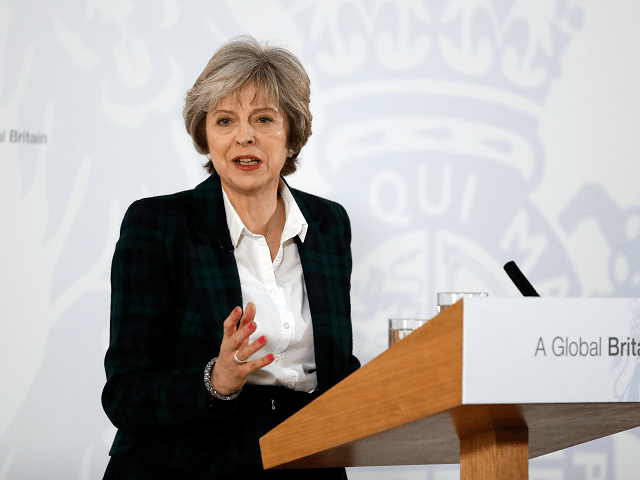 Mrs. May said she has an “open mind” to associate membership of the Customs Union.

Yet, she also said she would be “empowering Britain… to strike the best trade deals around the world” and ruled out “full” membership of the Customs Union, proposing a new “customs agreement”.

The issue of the Customs Union – whereby EU nations charge the same import duties on goods, trade freely, and surrender the ability to form trade agreements – is contested within Mrs. May’s cabinet.

Chancellor Phillip Hammond, for example, wants the possibility of remaining in the Union left open, but the international trade secretary, Liam Fox, seems to think the UK should leave.

“I want Britain to be what we have the potential and ambition to be: a great, global trading nation that is respected around the world and strong, confident and united at home”, Mrs. May said Tuesday.

It is possible the UK could form international trade deals and remain tied to the Union and subject to certain EU regulations. Turkey, for instance, has access to the Customs Union but can also initiate its own trade deals.

Mrs. May claimed a “phased process of implementation” would be in the UK and the EU’s mutual self-interest, meaning the UK could remain tied to the EU for longer than the two years stipulated in Article 50.

Mrs. May promised to “take control of our own laws” and said British laws would be made in the UK in future.

She seems determined to disentangle the UK from the European Court of Justice (ECJ). However, a post-Brexit trade settlement would require an agreed forum for legal arbitration. 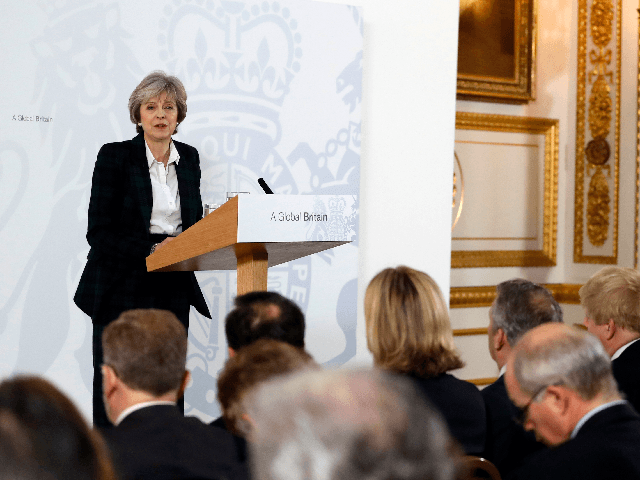