Hundreds of German police have launched raids across Berlin, targeting a mosque and Muslim association linked to radical Islamists and the Islamic State Christmas Market attacker.

The now banned “Fussilet 33” association is thought to be linked to Anis Amri, the Tunisian migrant who drove a truck into a Berlin Christmas market in December last year, killing 12 and injuring 50.

A total of 460 police officers swooped on a Fussilet 33 mosque/prayer room, reportedly frequented by Mr. Amri, as well as 23 other locations around the city, authorities told AFP.

The dawn raids also hit two businesses and six cells in two prisons in the German capital to gather evidence against radical Islamists. No arrests were reported.

Fussilet 33 was formally banned on the 15th of February, a week after the mosque preemptively shut its doors.

Mr. Amri worshipped there before he launched his deadly rampage. Islamic State later claimed the attack, describing the driver as “a soldier of” of their jihadi terror group. 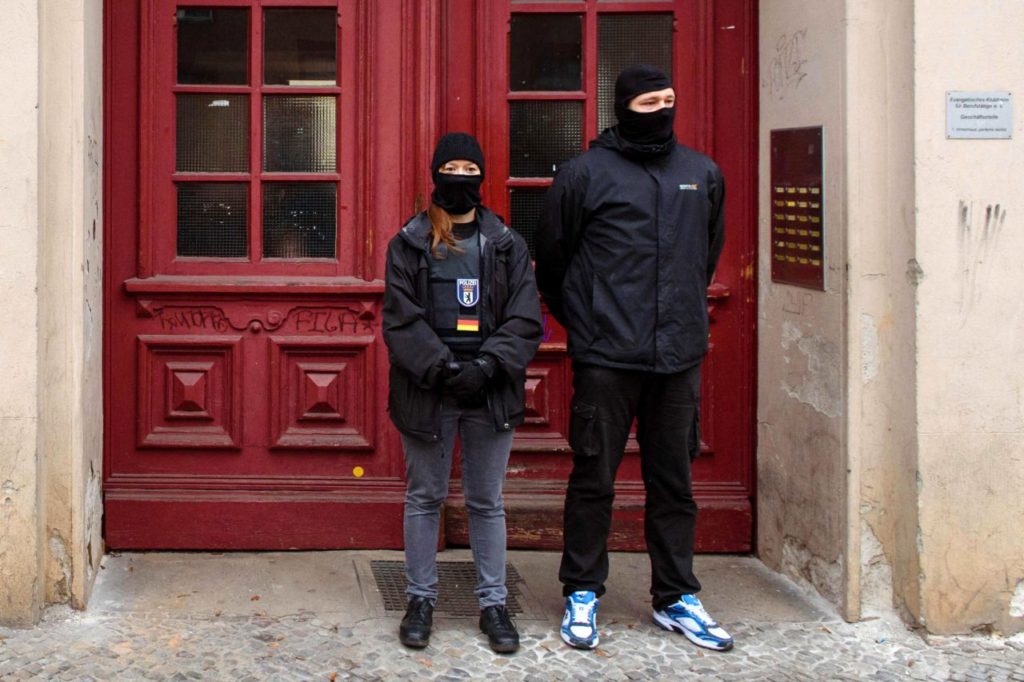 Police officers stand in front of the “Fussilet 33” mosque in Berlin on February 28, 2017. (GREGOR FISCHER/AFP/Getty)

It was Germany’s worst terror atrocity since the 1980s, and followed 21 months of Islamist suicide bombings, shootings, and axe attacks.

The terrorists responsible have included numerous “refugees” from Syria, Iraq, Afghanistan, and Algeria, as well as several German citizens of Turkish descent indoctrinated in radical Islam.

Germany’s domestic intelligence service warned last week the number of radical Islamists in the country has grown enormously in the last four years.

A survey reported this weekend revealed 66 per cent of Germans are now afraid of becoming the victim of a terrorist attack, with 10 per cent perceiving an “acute threat” to their safety.

Of the female respondents, 74 per cent said they sometimes feel unsafe in crowded places, and nine per cent felt permanently threatened and scared.

The authors stated: “A large part of the population doesn’t feel safe anymore when visiting crowded places. The fear of becoming the victim of a terrorist attack with a high number of casualties is considerable.

“A total of 45 per cent of respondents feel uneasy when visiting crowded locations like stations, festivals or even in the downtowns.

“Three percent of the population feel permanently unsafe when visiting a public place along with many other people.”