The Bavarian coalition partner of German Chancellor Angela Merkel’s party has said they will back her bid for re-election, in return for a sharp shift to the right including “the greatest tax reduction in Germany history”.

“I can’t help the fact that the American president copies our program, but this doesn’t make it the wrong program,” he added, according to Politico.

Tensions between the Bavaria CSU and Mrs. Merkel’s Christian Democratic Union (CDU) have been high since the chancellor opened Germany’s borders to more than a million unchecked migrants in 2015, eroding the party’s conservative image.

The CSU was opposed to the uncontrolled mass migration and has called for an upper limit to the numbers allowed in.

“I wouldn’t have thought reality would ever prove us – my party and me – right as much as the topic of migration did during the last two years,” Mr. Seehofer said.

“We could have spared ourselves many problems if people had listened to the Bavarians from the beginning.” 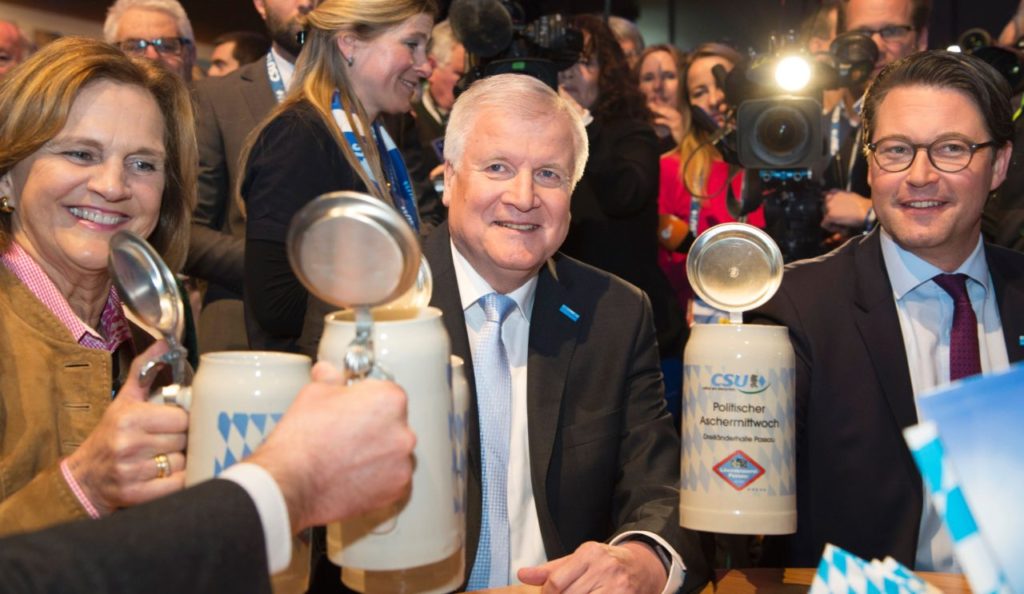 After asserting his place on the migration issue, Mr. Seehorfer and his party want the chancellor to listen to them and slash taxes to counter attack the rise of their socialist rivals in this year’s federal election.

In another swipe at Mr. Schulz and his party, deputy CSU leader Manfred Weber, who is also head of the conservative European People’s Party in the European Parliament, said:

“Voting for Martin Schulz means bringing Turkey into the European Union – and this is wrong.”

Mr. Schultz recently stepped down as president of the European Parliament after five years leading it and more than two decades sitting as an MEP.

There, he was known to be even more pro-European Union (EU) than Mrs. Merkel and made a name for himself as an arch-federalist who wanted to expand the bloc eastwards.