LONDON (AP) — Britain has been targeted anew by what authorities are calling a terrorist incident. A look at other attacks on the country in recent years:

An attacker stabbed a police officer at Britain’s Parliament before being shot by police, while a vehicle ran over pedestrians on nearby Westminster Bridge at around the same time. One woman was killed, others injured.

Far-right supporter Thomas Mair shot and killed British lawmaker Jo Cox who had campaigned for the UK to remain in the European Union, one week before Britain’s referendum on its EU membership. The attack shocked the country and focused attention on home-grown far-right extremism in Britain.

An Islamic State-inspired taxi driver tried to behead a passenger in the east London Underground station of Leytonstone. Somali-born Muhiddin Mire was sent to a high-security mental hospital to serve a life sentence. The judge ruled that Mire had been motivated by events in Syria. The incident came days after Parliament approved British airstrikes on Islamic State group targets in Syria. 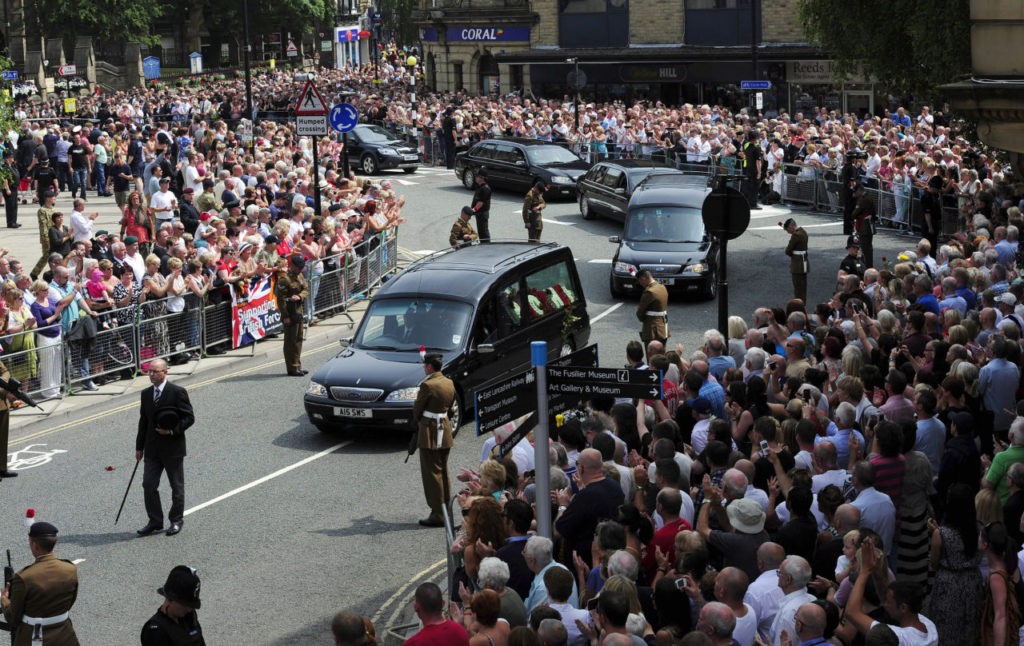 Two British-born, al-Qaida-inspired extremists stabbed off-duty soldier Lee Rigby to death on a busy south London street. The men ran Rigby down with their vehicle and then used a cleaver to hack him to death. Images of attacker Michael Adebolajo holding a butcher knife and cleaver with bloodied hands in the moments after killing shocked people around the world and sparked fears of Islamist extremism in Britain. Adebolajo and his accomplice were sentenced to life in prison.

Two men were arrested after they drove a Jeep Cherokee into Glasgow Airport’s terminal in Scotland and set it ablaze. Authorities said the attack was linked to a failed car bombing a day before in London’s West End, where an ambulance crew outside a nightclub spotted smoke coming from a Mercedes that turned out to be rigged with explosives. A second Mercedes also filled with explosives was found hours later in an impound lot.

In the worst peacetime attack on Britain this century, four Al-Qaida-inspired bombers blew themselves up on three subway trains and a bus in London, killing 52. Three of the bombers were British-born, all of Pakistani descent; the other emigrated from Jamaica. 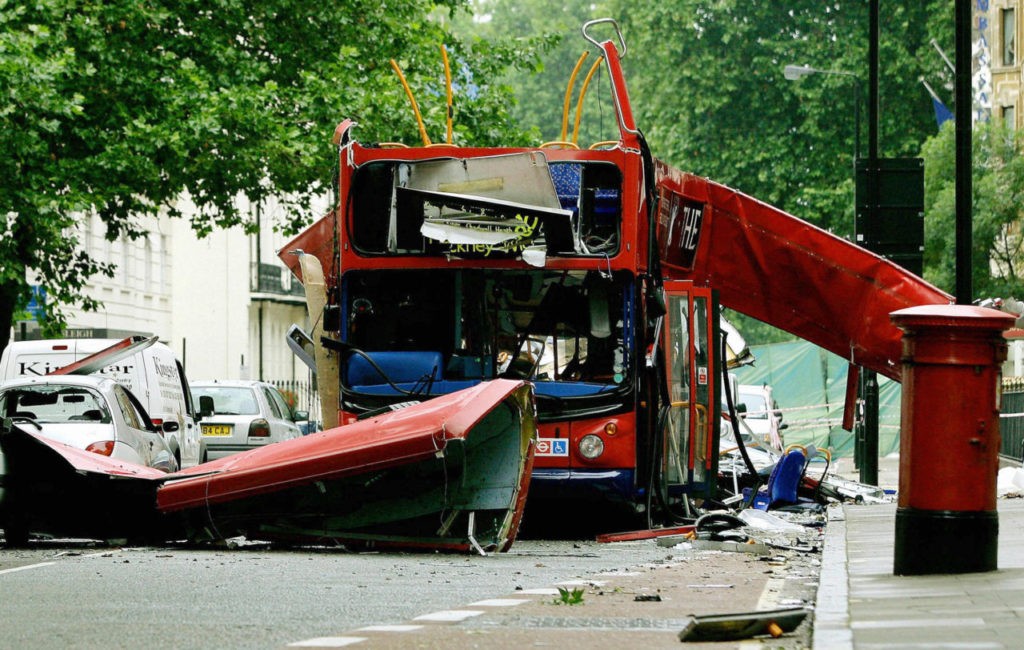 The wreck of the Number 30 double-decker bus is pictured in Tavistock Square in central London, 08 July, 2005. (DYLAN MARTINEZ/AFP/Getty)