Four men have been arrested after the truck attack in Sweden, with one thought to be a supporter of the Islamic State terror group. Explosives were reportedly found in the vehicle and children targeted.

Three men were seen running from the beer truck on Friday, which injured 15 and killed at least four, after ramming pedestrians and smashing into Stockholm’s largest shopping centre.

According to one eyewitness, speaking to Reuters, the truck was deliberately steered towards people and could have intentionally targeted children.

“I turned around and saw a big truck coming towards me. It swerved from side to side. It didn’t look out of control. It was trying to hit people,” said Glen Foran, an Australian tourist in his 40s.

“It hit people; it was terrible. It hit a pram with a kid in it, demolished it,” he said. “It took a long time for police to get here. I suppose from their view it was quick, but it felt like forever.” 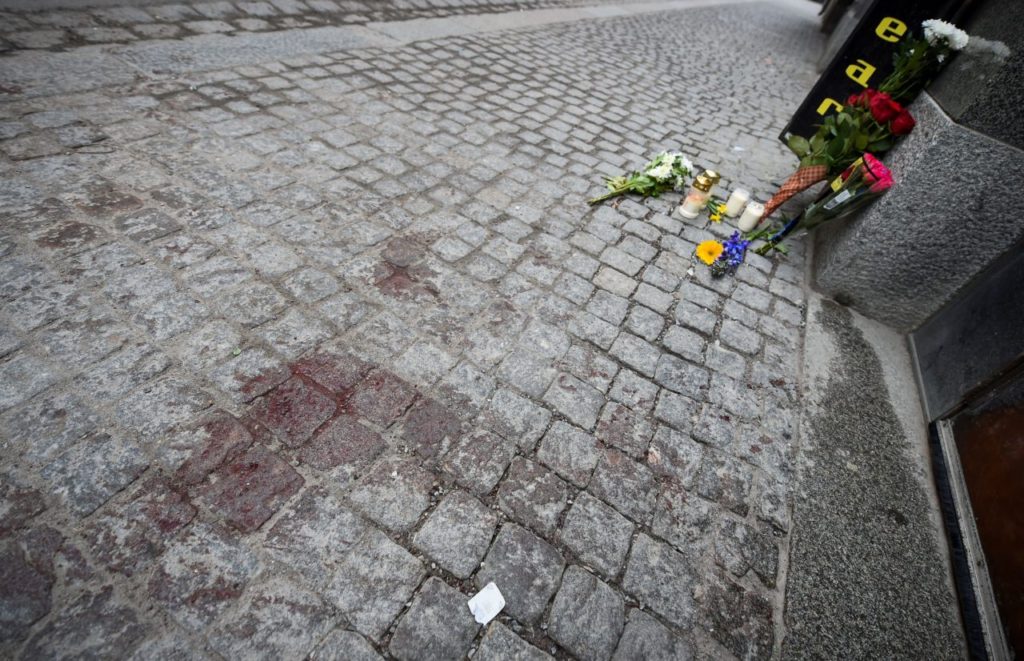 Blood covers the sidewalk in Stockholm on April 8, 2017, the day after a hijacked truck plunged into a crowd in a pedestrian shopping area. (JONATHAN NACKSTRAND/AFP/Getty)

A 39-year-old father-of-four was arrested in the northern suburb of Marsta later that night, Aftonbladet reports. Police said he was from Uzbekistan and he reported confessed to involvement in the attack.

According to the Swedish newspaper, he had posted Islamic State propaganda on Facebook and liked pictures of casualties after the terrorist attack on the Boston Marathon in 2013.

Heavily armed police detained a second man at around 11 pm in the Stockholm suburb of Hjulsta, Expressen reports.

The man, who appeared younger, was handcuffed and taken away in a police car. According to Swedish television, the two arrested men are linked.

“There were about 15 police cars at the scene. There was a specialist terrorist SWAT team and sniffer dogs”, Janne Akkeson, a photographer who witnessed the sting explained.

Another two people were brought in for questioning, police said in a statement, but “are currently not suspected of any crime.” 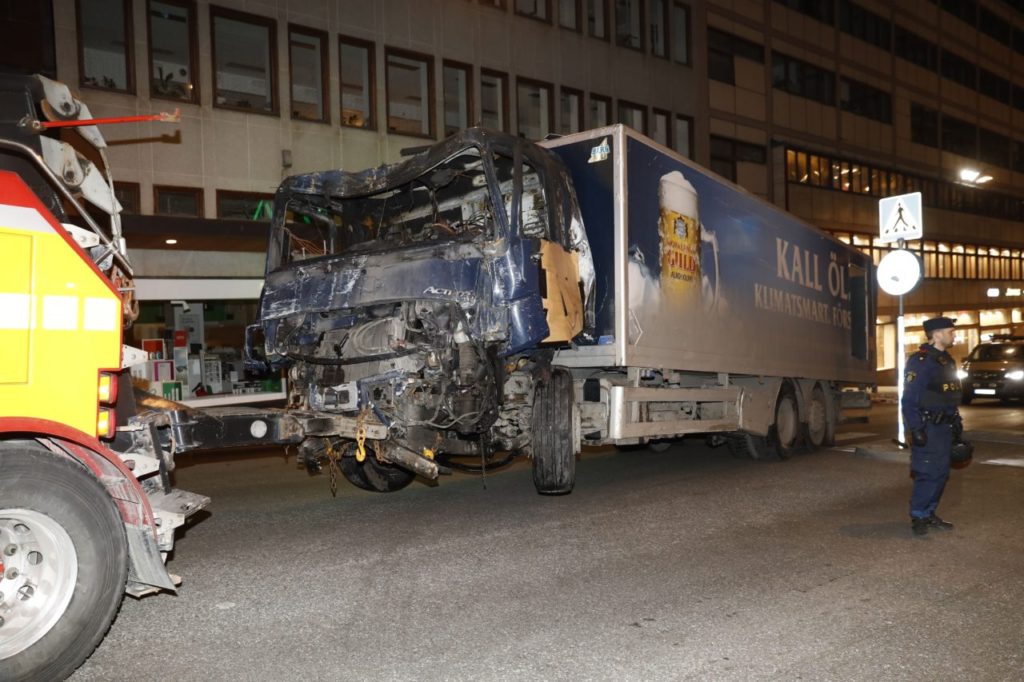 The stolen truck, which was driven through a crowd outside a department in Stockholm on April 7, 2017, is taken away on April 8. (ODD ANDERSEN/AFP/Getty)