Members of the AfD elected the politicians Alexander Gauland and Alice Weidel on Sunday at their party convention in Cologne.

Divisions erupted among the different factions of the German nationalists as delegates from the populist AfD rejected an appeal Saturday by Petry to seek a pragmatic political path instead of turning into a “fundamental opposition” party. 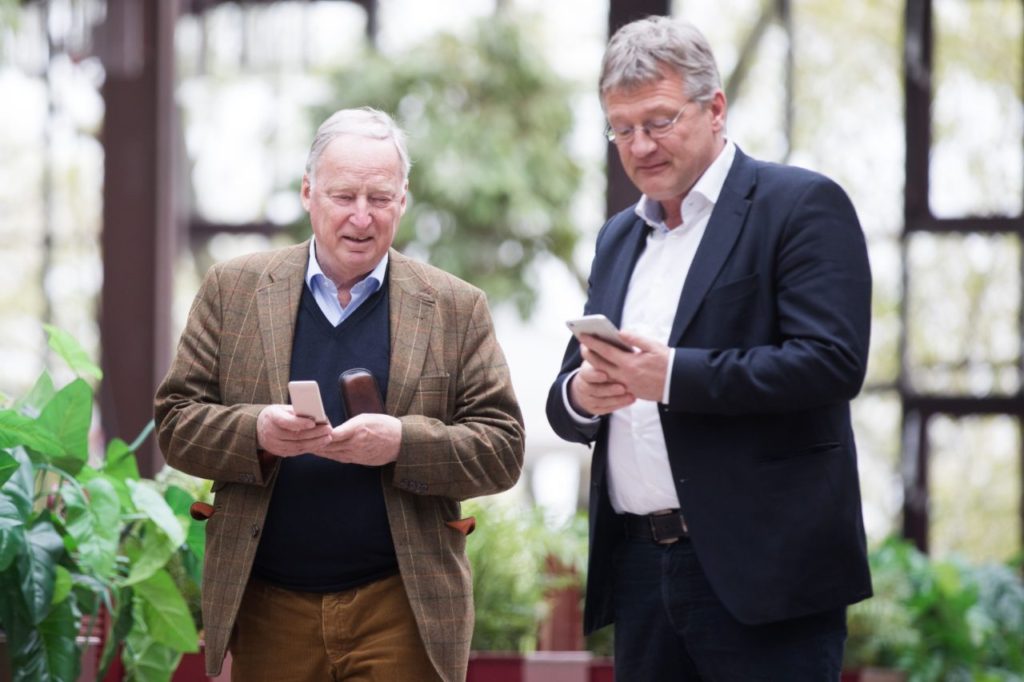 Alexander Gauland (L) and Joerg Meuthen, party executive members of Germany’s right-wing populist Alternative for Germany (AfD) party, are pictured on April 21, 2017 at the Maritim Hotel in Cologne, western Germany, which is venue of an AfD party congress. (ROLF VENNENBERND/AFP/Getty)

Gauland, 76, is one of the party’s most prominent members and considered one of Petry’s main rivals. Weidel, 38, is a consultant from southwestern Germany. The new duo is likely to move the party even further to the right.