Questions have been raised over campaigner Gina Miller’s anti-Brexit election fund due to a loophole which could allow anonymous “foreign funding” of a campaign which aims to orchestrate tactical voting in Britain’s general election.

On the campaign’s crowdfunding page, Mrs. Miller noted: “For electoral reasons, we need to cap individual donations at £499.”

Though there is no suggestion that Mrs. Miller or her campaign are breaking the law, this does mean that anyone donating less than £500 may remain anonymous, does not need to be registered to vote in the UK, or does not need to be a British citizen, leaving the potential for foreign donors to contribute to the tactical voting campaign in Britain.

Some donors have declared their non-British status with their donations such as Italian Anna Feritti who gave £100, writing: “This initiative deserves praise and support. Uk is a country I love, As an Italian and European I am proud to contribute.”

Another EU national living in the UK, Veronique Meautte-Evans, donated £30 and expressed her frustration at not being “able to vote” in the upcoming general election.

This raises questions of the origins of anonymous donations for large amounts, including up to the £499 limit. 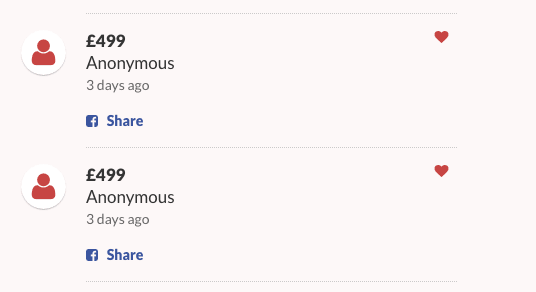 Ms. Miller cites one of her campaign aims as registering new voters, writing: “Be assured this will be one of our aims so we achieve our goal of facilitating the biggest tactical voting effort in our history.”

In addition, Best for Britain will use its funds to tour marginal constituencies and back candidates who pledge to support what she calls “a full and free vote on the Brexit deal”, nearly one year after Britain voted to leave the EU on 23 June.

The former model single-handedly delayed the triggering of Article 50 by forcing the Government to put the issue to a Parliamentary vote in the courts.

In March, Mrs. Miller spoke to Breitbart News Daily and claimed she “never opposed Brexit”, saying her case was about Parliamentary sovereignty.

“My case was much bigger than Brexit. It was about ensuring a Government could not act as an executive and issue orders whenever they like by bypassing Parliament. That was my case – nothing more,” Mrs. Miller said.

After beating the Government in court over triggering Article 50, the millionaire said she was fighting on against Brexit because “I can’t think of anything better to do with the success I have”.

Sir Richard Branson has recently given the group £25,000 and provided it with office space, and even allowed Virgin chairman Peter Norris to help lead it as a board member.