An alleged ‘Remain’ activist attacked a woman attending a UKIP event on Saturday in Hartlepool, leaving her bloodied and injured on the floor.

Photographs show the alleged Remain activist arguing with a UKIP party member moments before the altercation between the two women broke out.

It is not known who initiated the fight, but the woman identified as the Remain supporter grabbed at the sweater of the woman attending the UKIP event and both fell to the ground. 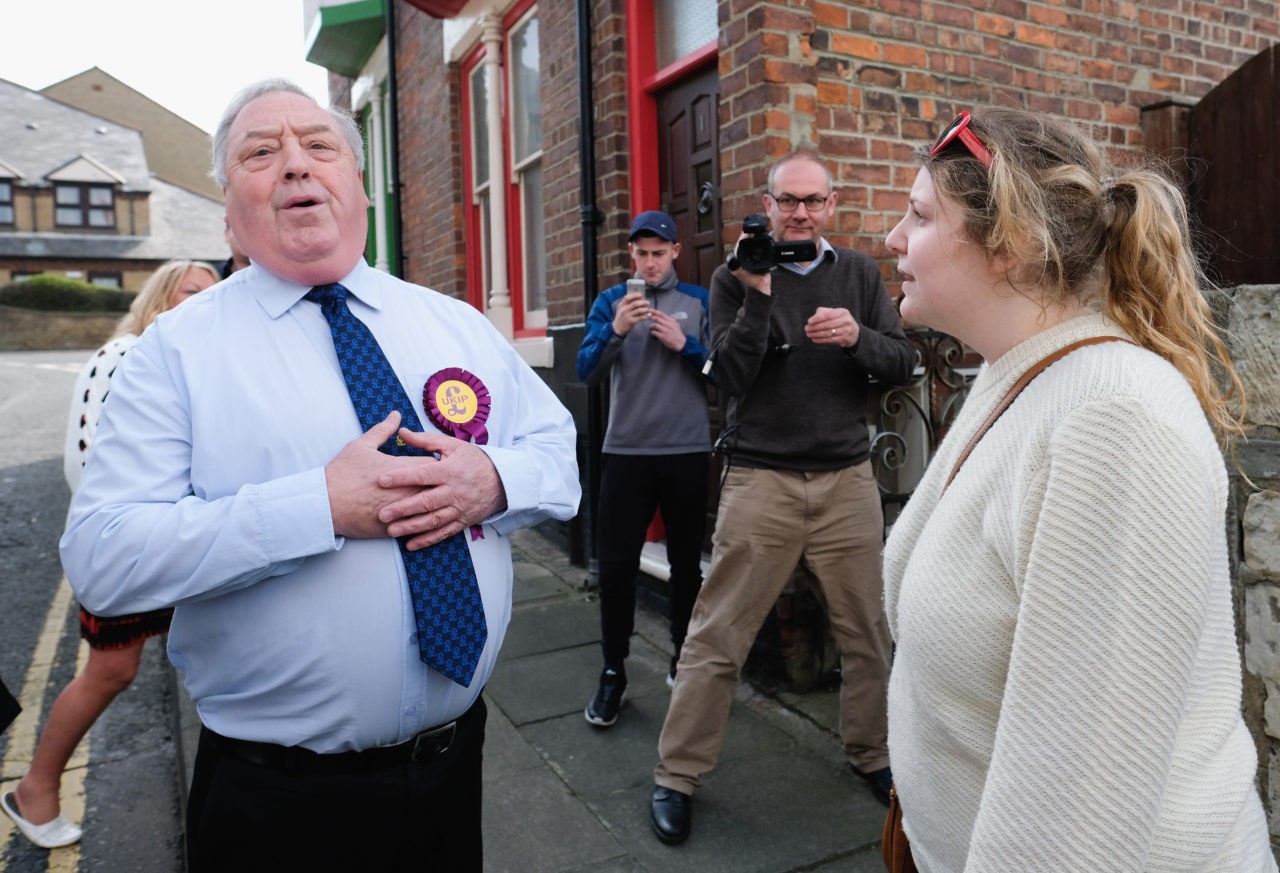 A UK Independence Party member (L) argues with a pro-EU supporter outside a pub in Hartlepool ahead of a visit by UKIP leader Paul Nuttall on April 29, 2017 in Hartlepool, United Kingdom. (Photo by Ian Forsyth/Getty Images)

UKIP and the Remain campaign group have both denied either of these women were their supporters. 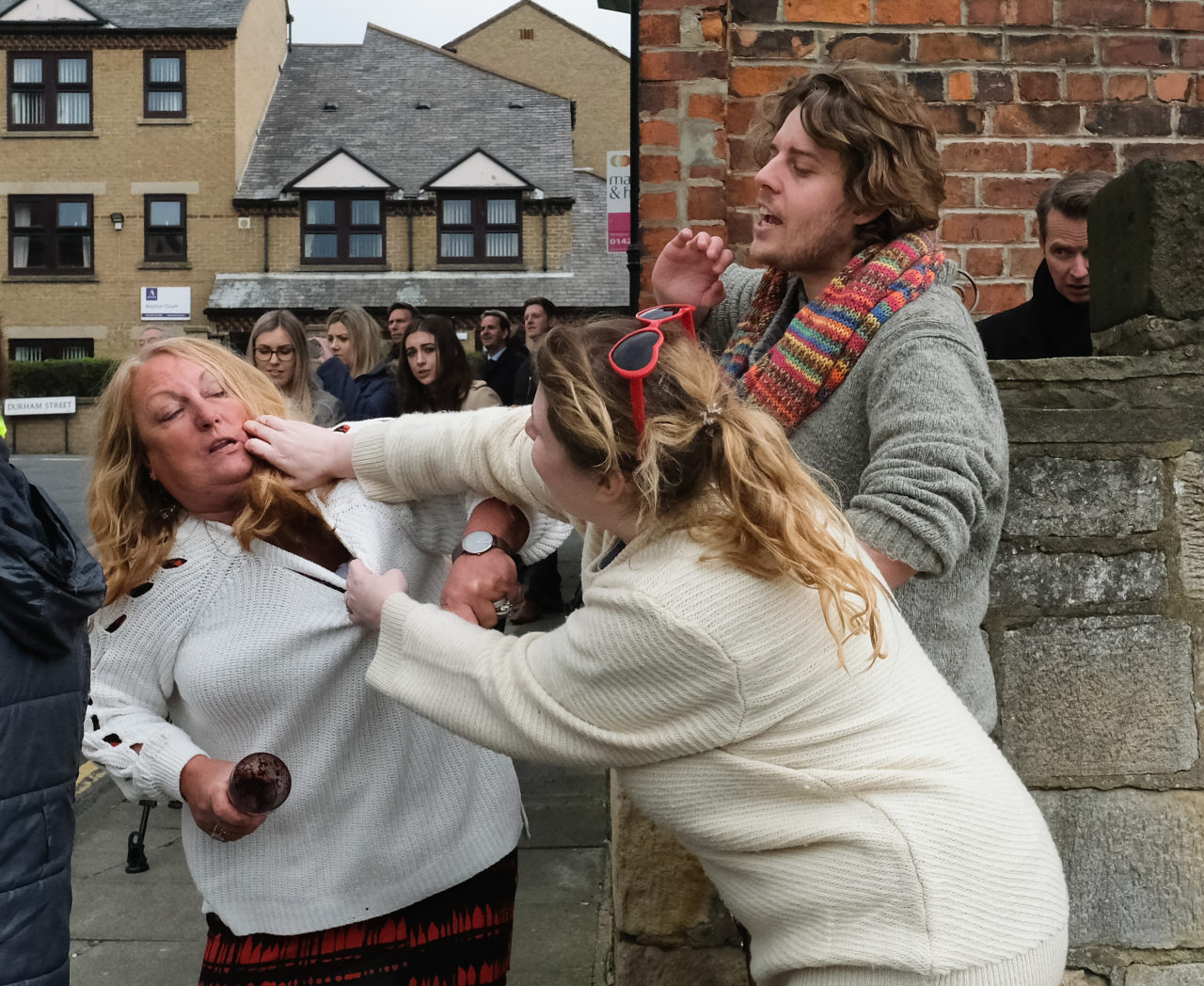 A UK Independence Party supporter (L) scuffles with a pro-europe supporter ahead of a visit by UKIP leader Paul Nuttall to Hartlepool on April 29, 2017 in Hartlepool, United Kingdom. (Photo by Ian Forsyth/Getty Images)

One man attempted to break up the fight whilst another man, wearing a striped scarf and a grey jumper, stood between the women.

Both were later seen with bloodied faces. 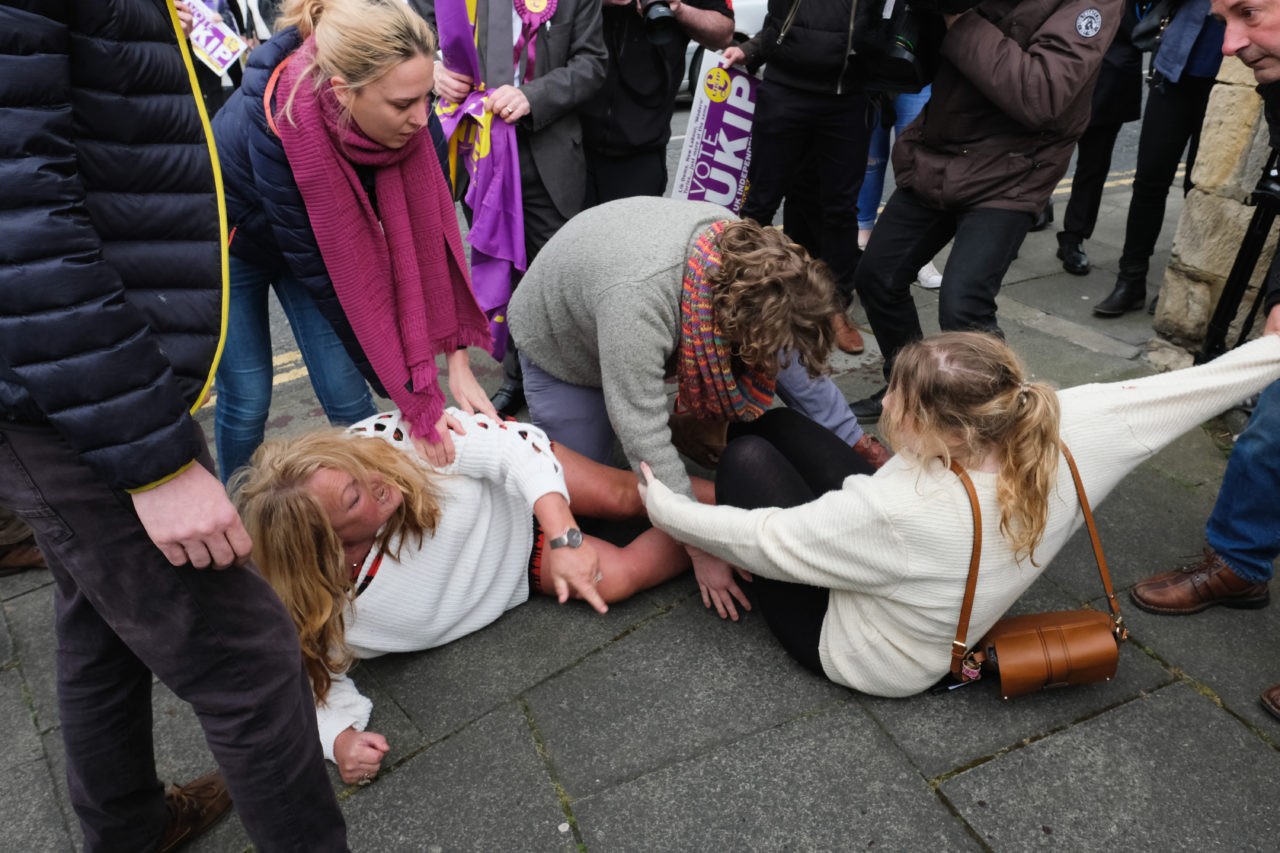 A UK Independence Party member (L) scuffles on the floor with a pro-EU supporter outside a pub in Hartlepool ahead of a visit by UKIP leader Paul Nuttall on April 29, 2017 in Hartlepool, United Kingdom. (Photo by Ian Forsyth/Getty Images)

The alleged UKIP supporter is reported to have said: “Look at what you’ve done! I’m 62 years old.”

A spokesman for Cleveland Police confirmed to the MailOnline officers attended the scene, saying: “We were called to an incident today but we weren’t aware that Ukip were going to be there.” 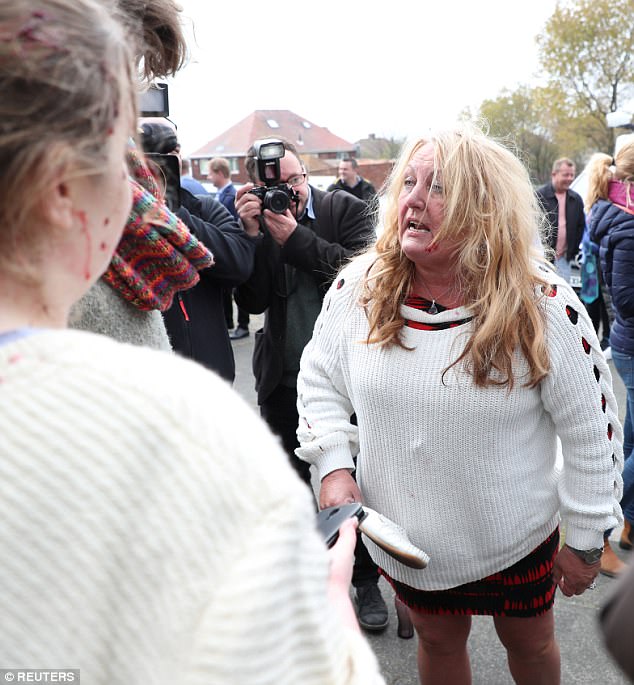 UKIP Leader Paul Nuttall, who on Saturday announced he was running for MP in Boston and Skegness, was door knocking in Hartlepool supporting a local by-election candidate.

A spokesman for UKIP said: “One woman was a local resident and one was a hard left activist who was disrupting things. They are absolutely nothing to do with us.

“[The resident] wasn’t a Ukip supporter – she wanted to hear what we had to say but she is not known to us.”

This is not the first time UKIP supporters or UKIP members have been attacked by Remain and hard left activists.

Two years ago, a Bournemouth resident was attacked by five men and pushed to the floor leaving him with injuries to his face, arms, and legs for having a UKIP sign in his garden.

UKIP MEP Margot Parker’s office window was smashed by vandals in July 2016, and a month later a shop’s windows, owned by two elderly brothers, were smashed in an early-morning raid because they were displaying pro-Brexit and UKIP signs.

Former UKIP leader Nigel Farage has also received constant threats to his safety. Mr. Farage and UKIP have had to pay for private security for the MEP for years, and in March 2015 his wife and two young daughters were chased out of their local pub by far left activists whilst they were eating a Sunday meal together.

And recently in February 2017, self-proclaimed ‘anti-fascists’ admitted to attacking young UKIP campaigners in the run-up to the Stoke-on-Trent Central by-election, grabbing one “by the scruff”, ripping his UKIP rosette from his jacket, and attempting to steal his bag.