Counter-terror police and military personnel have conducted a “significant raid” at Granby House, a residential block on Granby Row, Central Manchester, as part of an investigation into a terror “network”.

Ian Hopkins, Chief Constable of Greater Manchester, confirmed that a property was entered following a controlled explosion, and that an individual is in custody.

He said it would “ill-advised” to reveal too much about what is an ongoing investigation, but stated: “I think it’s very clear that this is a network that we are investigating.”

“And as I’ve said, it continues at a pace. There’s extensive investigations going on and activity taking place across Greater Manchester, as we speak,” he told reporters Wednesday afternoon.

Latest statement from @ccianhopkins in relation to the incident at the Manchester Arena pic.twitter.com/9z0YKnBfEf

Heavily armed police constables and soldiers in camouflage evacuated the building, according to eyewitnesses living in the area. The raid follows the arrest of three suspects in the south of the city, following Monday’s deadly attach on Manchester Arena.

Armed raid at my building on Granby Row in #Manchester city centre. Rumour of flat 39 pic.twitter.com/5mbnIHBOYe

A number of images have appeared on social media showing soldiers and police surrounding and entering the building. It is said that a flat on the third floor has been raided, and the fire brigade were also present at the scene.

Loads of police still outside Granby House, one went in carrying what looked like a first aid kit pic.twitter.com/k5leaBqHUr

Greater Manchester Police confirmed the following details in a brief statement: “Officers have this afternoon carried out a search at an address in Manchester City Centre as part of the investigation into the horrific incident at Manchester Arena. That search is ongoing.”

Statement – Search at an address in Manchester City Centre as part of the investigation pic.twitter.com/w8swLjUG4i

With the threat level being raised from “severe” to “critical”, thousands of soldiers are being deployed around the country to support the police.

Next door, lots of police and armed forces on Granby Row pic.twitter.com/ct9AcUgDKn

The deployment is taking place under the auspices of Operation Temperer, a special contingency plan authorising the use of military personnel on Britain’s streets.

A member of the Granby House residents’ committee, who lives on the floor where the property of interest is located, told Sky News it was an Airbnb rental property, and that neighbours had noticed a number of unusually large packages arriving at the address recently. 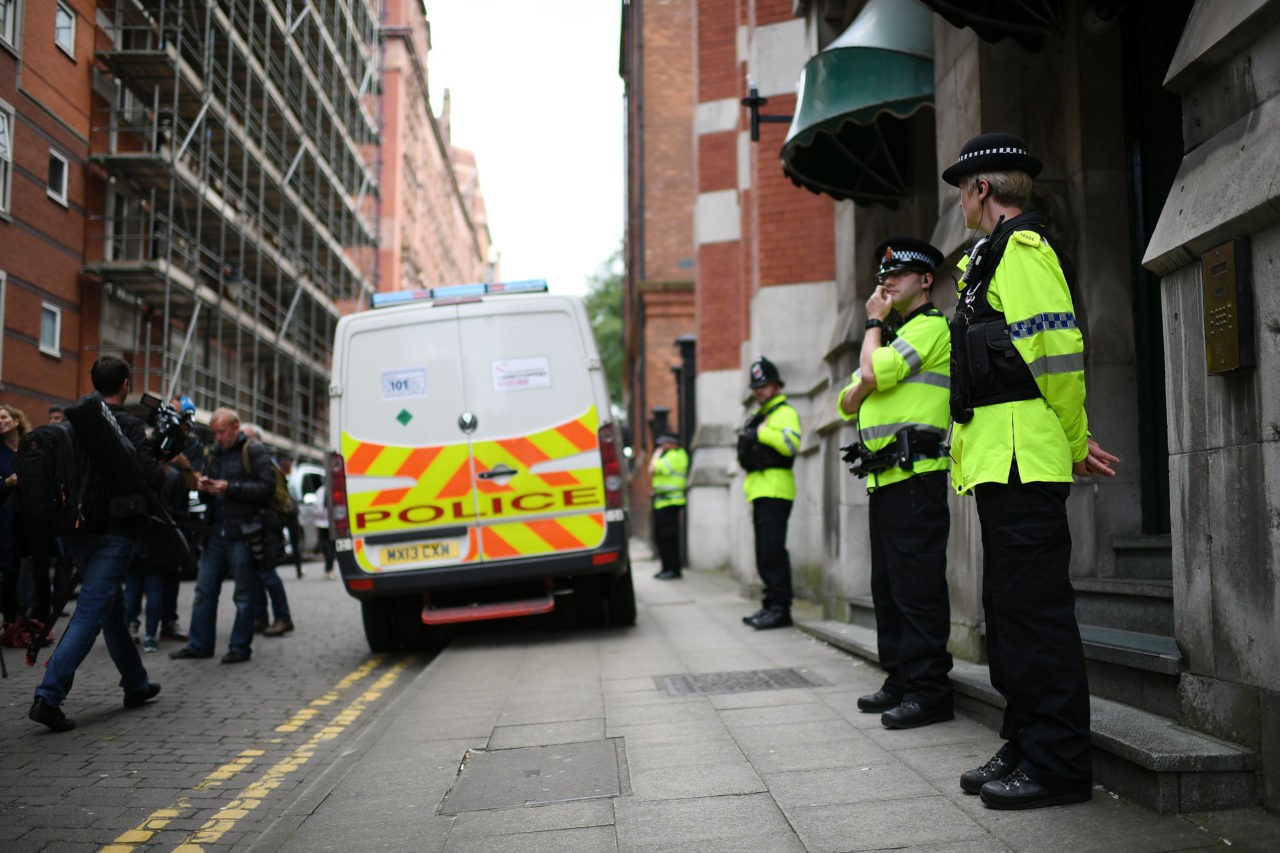 Salman Abedi, born to Libyan migrants who have since returned to their native country, was named as the bomber who died in the blast.

The situation is developing…