The United Kingdom may be heading towards a hung Parliament if a new poll is to be believed. 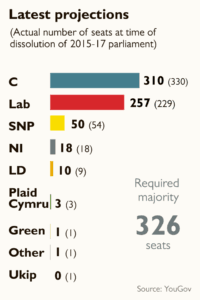 Theresa May’s Conservative Party entered the snap election campaign on a high, with pundits suggesting she could obtain a 100+ seat majority in the House of Commons.

After a series of policy gaffes and an uninspiring campaign, Mrs. May could actually lose seats on her party’s 2015 General Election results, dealing a massive blow to her and her ability to negotiate on a Brexit deal in the immediate aftermath of the election. The result would leave the party 16 seats short of a working majority, effectively a “hung Parliament“.

A new poll by YouGov suggests the Conservative Party could drop 20 seats, from 330 before Parliament was dissolved, to 310. The same data sees Jeremy Corbyn’s Labour Party picking up 28 seats, the Scottish National Party gaining 4, and the Liberal Democrats gaining just one seat in the lower chamber.

But the model also leaves wiggle room for the pollster.

The information was compiled through 50,000 interviews conducted over a week, says YouGov.

“The poll allows for big variations, however, and suggests that the Tories could get as many as 345 seats on a good night, 15 more than at present, and as few as 274 seats on a bad night,” The Times (London) reports.

While some point to the “Dementia Tax“, the issue of fox hunting, web censorship, and/or a bland or boring campaign by the Conservatives as an explanation of the most recent slump, others are sceptical.

Ahead of the EU referendum, polling was said to be used to push certain narratives rather than reflect the public’s thoughts. Mrs. May and her team have been promoting the idea that Jeremy Corbyn is closer to becoming prime minister than other polls suggest he is, and this reminder of how “close” the election is may well help her narrative.

Meanwhile, the pound slumped against the dollar upon the publication of the story, further underscoring the Conservative Party’s core message that only they, led by Theresa May, can deliver a “strong and stable” economy. 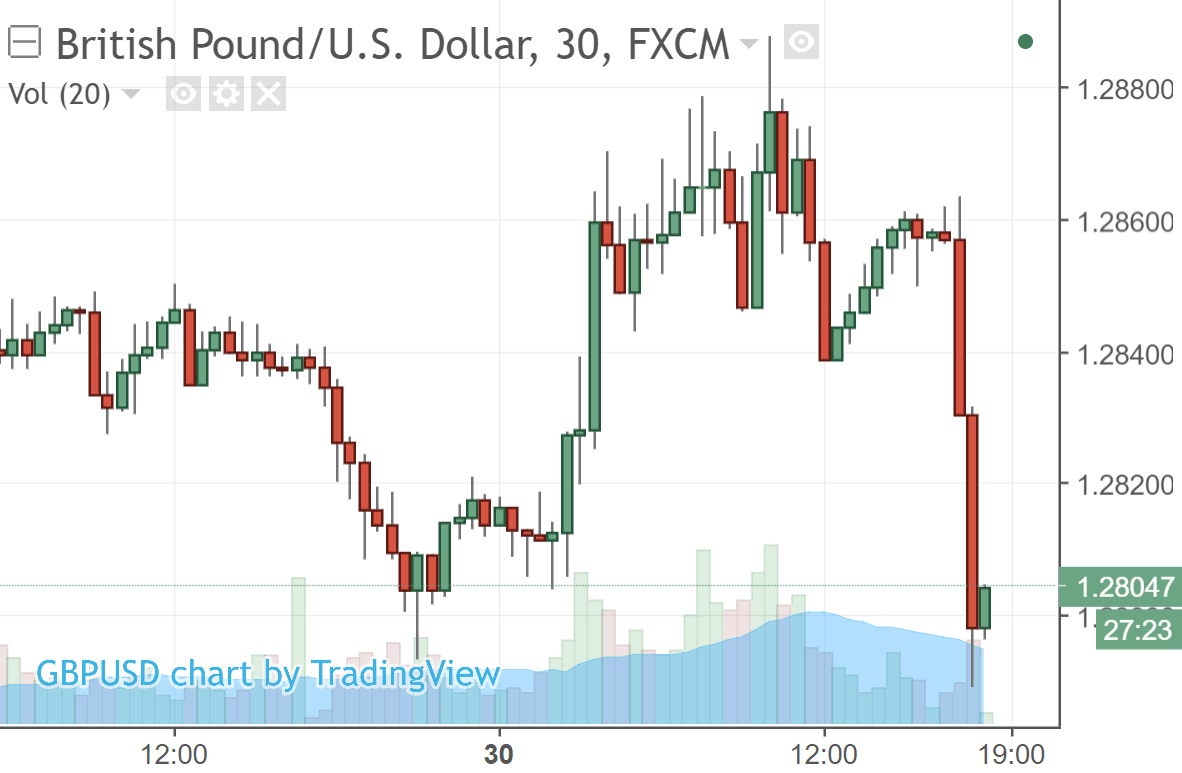 The Times newspaper has traditionally supported the Conservative Party.

YouGov’s chief, Stephan Shakespeare, told the Times: “The data suggests that there is churn on all fronts, with the Conservatives, Labour and the Liberal Democrats both likely to both lose and gain seats. Based on the model’s current estimates, some seats are likely to change hands along EU referendum dividing lines.”

Most other polls keep the Conservative Party in a commanding lead, but YouGov is claiming to be using a methodology that got the EU referendum result correct.

The Times states: “YouGov used data from the Office of National Statistics, the British Election Study, and past election results. It then estimated the number of each type of voter in each constituency. Combining the model probabilities and estimated census counts allowed the pollster to produce what it hopes is a fairly accurate estimate of the number of voters in each constituency intending to vote for a party on each day”.