Far left, open borders campaign group ‘Movement for Justice’ (MFJ) have announced a ‘Day of Rage’ to “shut down London” in response to the Grenfell Tower tragedy, declaring that “there will be no peace until this government is brought down.”

In flyers advertising the event — at which the left wing group plans to march on Parliament during the Queen’s speech on Wednesday — MFJ blames “racism” for the deadly fire which police say claimed 30 lives, with 70 people still missing, and accuses authorities of a “cover up”.

It also compares the disaster to Hurricane Katrina, stating both to be a result of “the criminal negligence and racism shown towards those overwhelmingly black, poor and working class communities.”

The hard left is co-opting #GrenfellTower for political ends. If the right did it for anything they'd be pilloried. pic.twitter.com/p5wtHcvMX3

Proclaiming themselves part of a generation “with black, Muslim and immigrant youth at the forefront”, MFJ celebrates the results of the recent general election as having “delivered a blow to the racist scapegoating of immigrants.”

“We’ve felt our power. We’ve tasted victory. Now we must escalate our actions to take down this rotten government, which has lost all authority to govern,” the flier states.

Breitbart London revealed last year MFJ is foreign-backed, with close links to the U.S.-based organisation ‘United for Equality and Affirmative Action’ (UEAA) which is a tax-exempt group “founded to direct the efforts of the 41 black, Latino, Asian, Arab and white students”.

The group uses the slogan “by any means necessary” – believed to be a statement of intent to use violence by the radical, anti-white Muslim activist Malcolm X – otherwise known as el-Hajj Malik el-Shabazz.

Grief-stricken locals as well as left-wing activists stormed Kensington Town Hall on Friday demanding “answers” and “justice” over the fire at Grenfell Tower.

Residents in the area have over the past few days expressed their outrage at the situation. Their three local councillors were all Labour Party members, the Mayor of London is a Labour Party member, and the block was built in the 1970s.

Despite the good-hearted locals calling for peace, some, including Labour’s Shadow Chancellor John McDonnell, have urged his party’s grassroots to use the issue as a means by which to remove the elected government of the day.

The area’s new Member of Parliament, Emma Dent Coad, was even on the housing planning committee which scrutinised work on Grenfell tower as recently as 2015.

The demonstration was initially peaceful but descended into unrest, with around 50 to 100 people forcing their way into the building, with others banging on the doors shouting, “We want justice!”

The Telegraph reported that its organiser, businessman Mustafa al-Mansur, is a is a Jeremy Corbyn-supporting political activist who was once arrested on suspicion of terrorism offences.

Arrested by the Metropolitan Police 10 years ago, Mansur was released without charge, and later claimed he had been detained because his fingerprints had been found on a book about improvised explosive devices (IEDs), which belonged to a Bosnian associate. 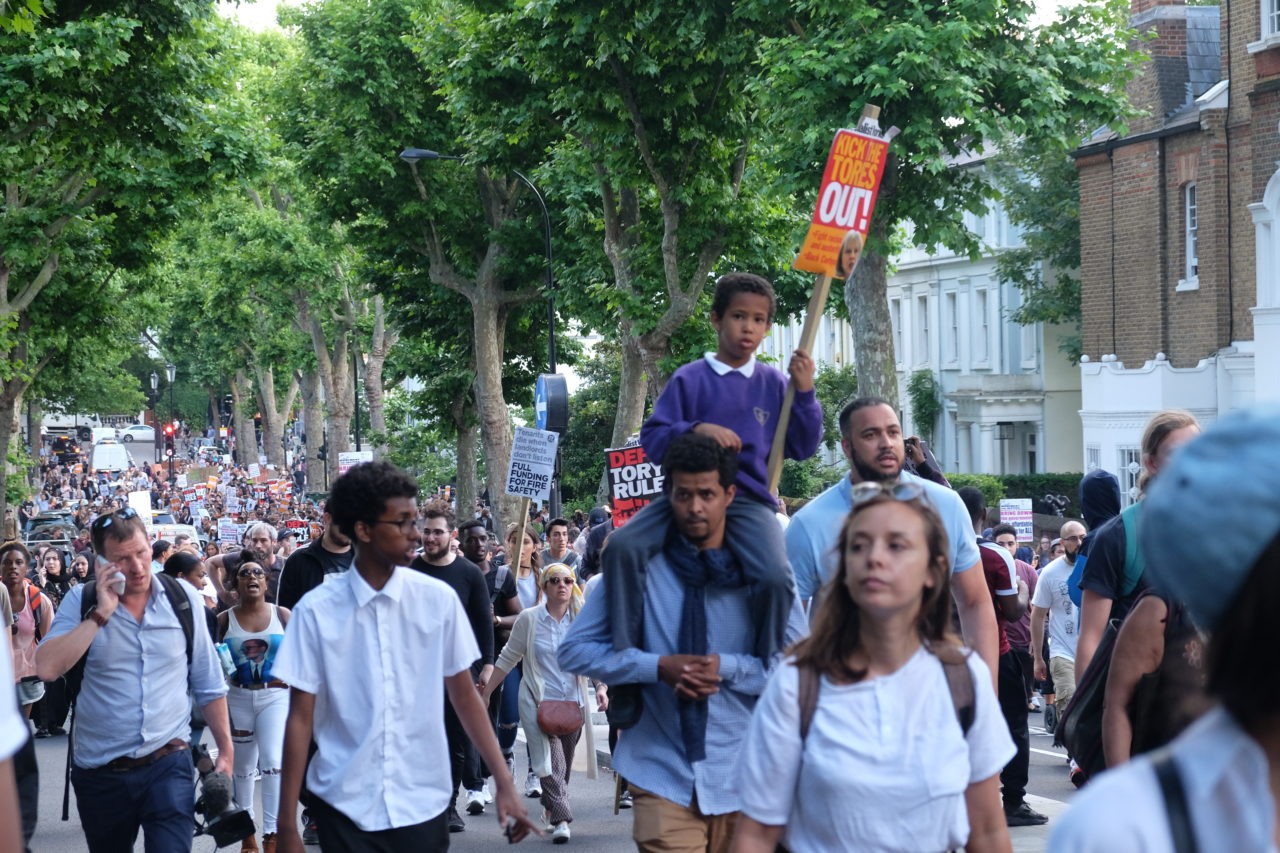 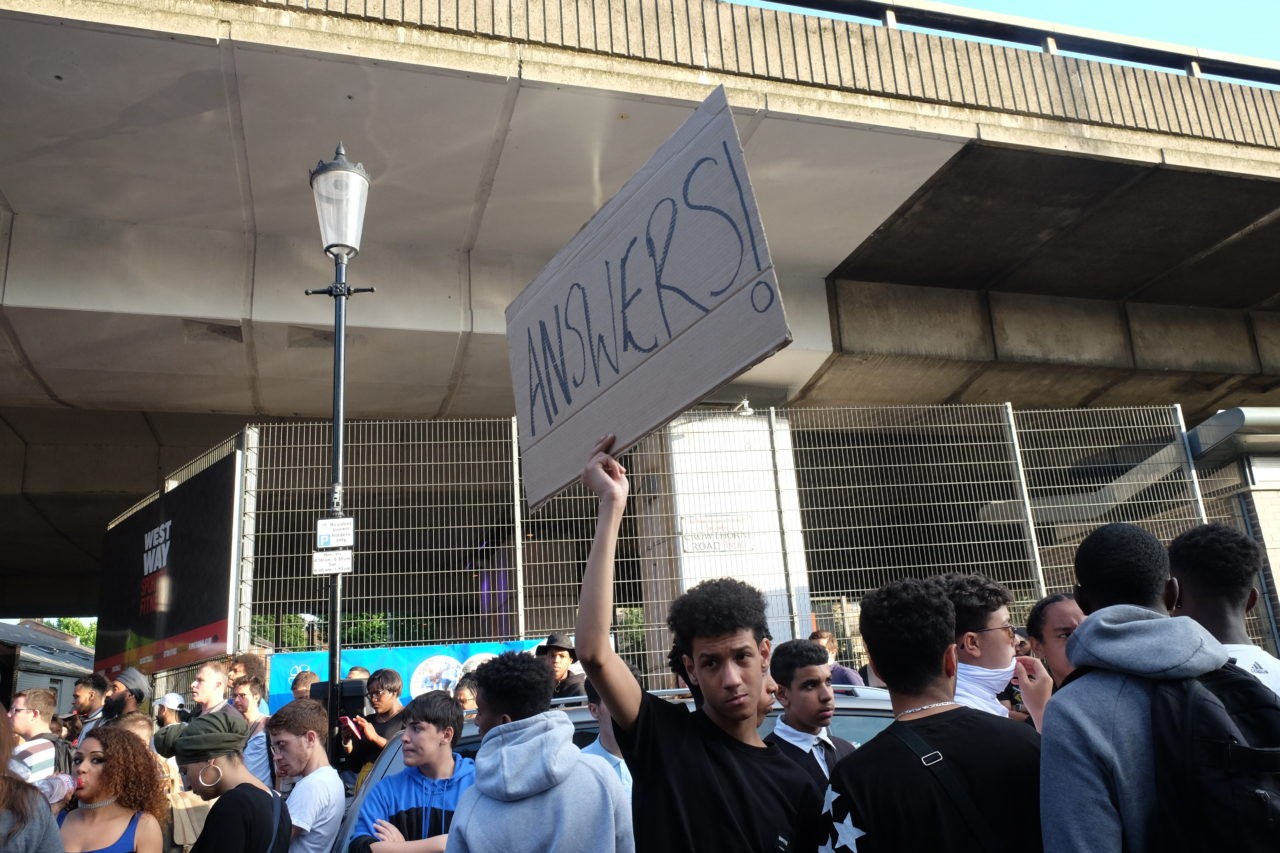 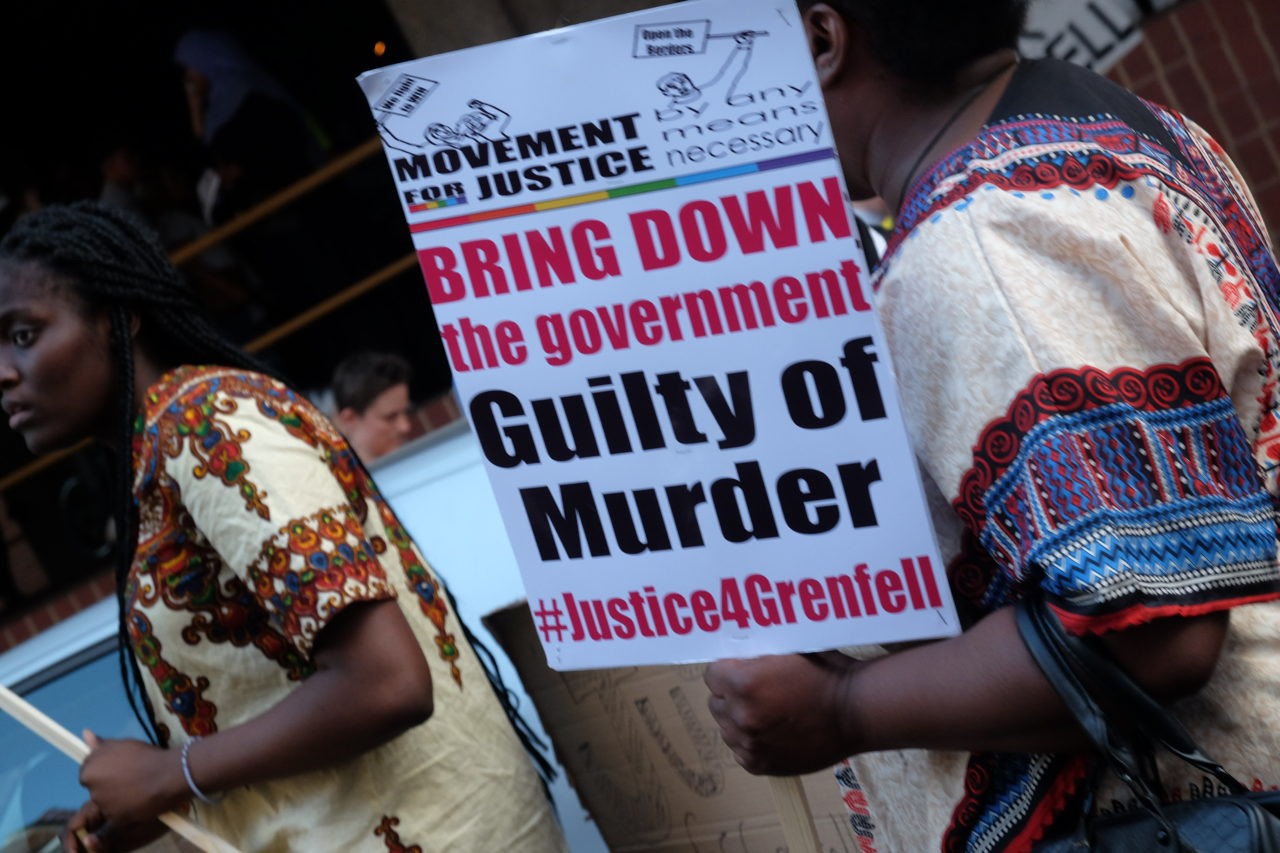 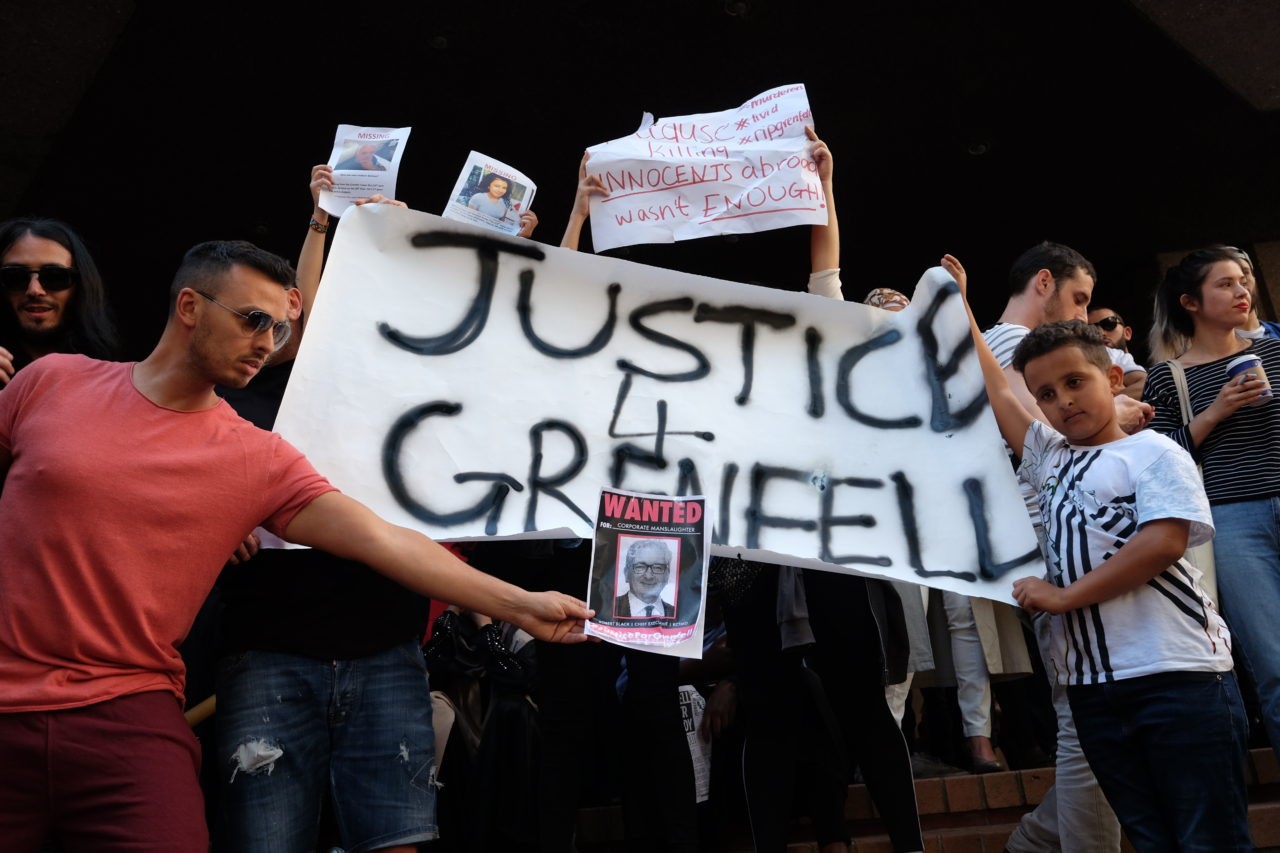