London Mayor Sadiq Khan refused to confirm if he will petition the home secretary to proscribe the anti-Semitic, anti-Israel terror organisation Hezbollah, saying he will need to consider if it is the “right thing to do”.

At a Greater London Assembly meeting on Thursday, UKIP Assembly Member David Kurten asked the London mayor if he would approach the home secretary to call for the political wing of Hezbollah to be proscribed as a terror organisation, “because that will close the loophole to stop people marching through the streets of London with a flag with a gun on it”.

Mr. Kurten referenced Hezbollah flags flying at the anti-Israel al-Quds Day march on Sunday, which, the AM observed, caused “great distress and alarm to lots of people”.

Khan, who was slammed by members of the capital’s Jewish community over his refusal to ban the march, curtly responded: “There’s nothing to stop you writing to the home secretary,” and told the UKIP AM he would read his letters “setting out the evidence” and consider whether writing to Ms. Rudd is “the right thing to do”.

The whole of Hezbollah is proscribed in France, Israel, The Netherlands, the U.S., Canada, Bahrain, and by the Arab League. The UK, like the European Union, only proscribes the militant wing of Hezbollah – a distinction the Lebanese Shia terror organisation itself does not make – meaning the terror group can exploit the loophole to march through London under the guise of its “political” wing. 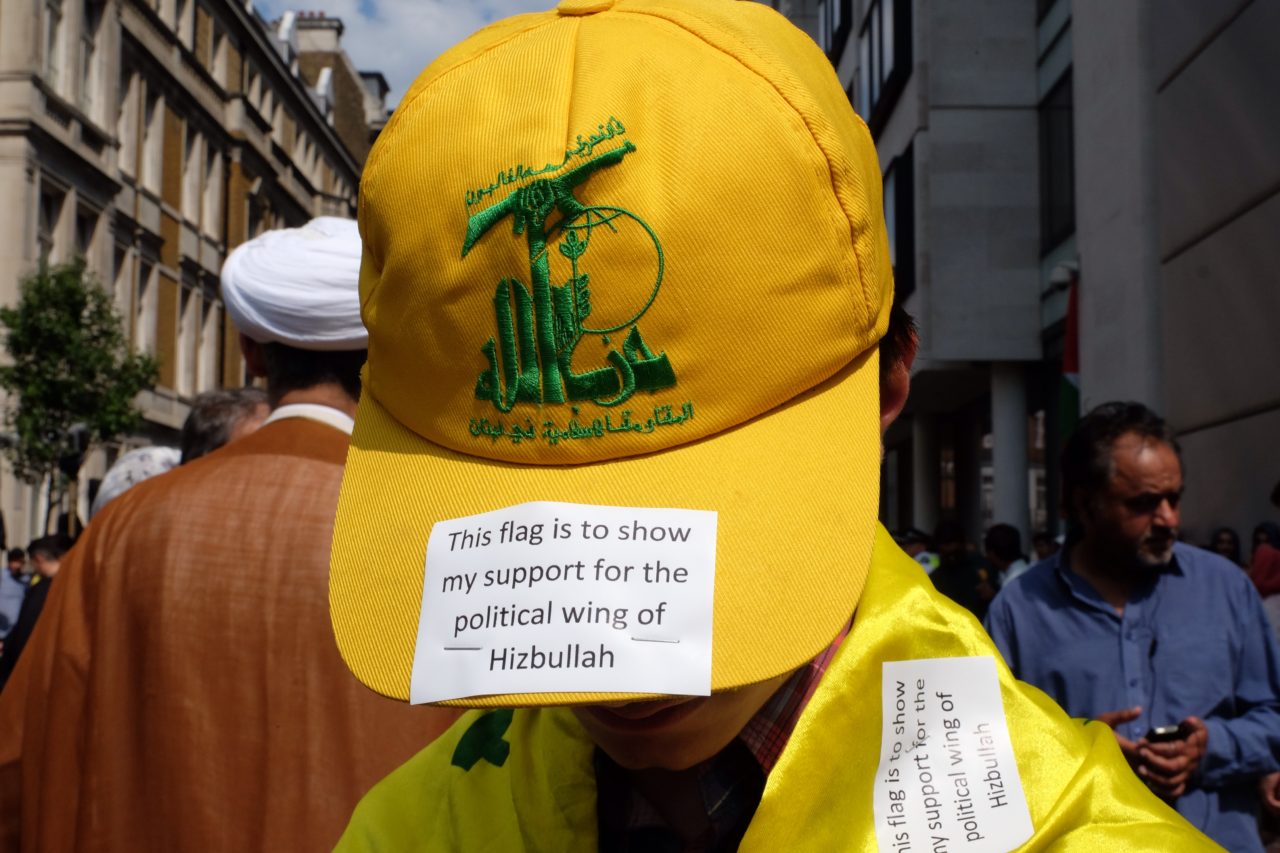 A second tense exchange occurred between Conservative AM Andrew Boff who accused Khan of not doing his job, saying the mayor “seem[ed] to be avoiding saying: ‘Yes I’ll [write to the home secretary].”

Again, Mr. Khan said he would read Mr. Boff’s letters and “consider whether there is evidence to make the submissions you want me to make”.

The Tory member replied: “I’ll join you when you start doing your job, Mr. Mayor… Thank you very much for those answers, I’m sure Londoners will be fascinated with your lack of willingness to address this problem.”

Mr. Khan responded: “I congratulate you on that pre-written rant from you, it’s appreciated.”

Thrusting sheets of paper at the mayor, Mr. Boff said: “You show me your briefing, I’ll show you mine. Alright? You have a deal on that.”

Mr. Boff could be heard saying to his colleagues he felt he was “not getting any more out of him [Mr. Khan]”, and saying the response was the most “useless answer that I’ve ever seen in this assembly”.

Khan, who had told Mr. Boff to “just calm down”, replied: “Sorry, did you say something? He was just mocking me, was he?”

On the same day, in response to a question by Newark MP Robert Jenrick in the House of Commons, Rudd said she would look into banning the annual al-Quds Day demonstration and proscribing the whole of Hezbollah as a terrorist organisation.

The announcement comes as a Christians United for Israel (CUFI) petition calling for the UK to ban Hezbollah outright reached over 5,000 signatures.