French President Emmanuel Macron strengthened ties with Israel saying that anti-Zionism is a repacked form of anti-Semitism and expressed total French responsibility for a roundup of Jews during the Second World War.

President Macron gave the remarks at an event marking the 75th-anniversary of the Vel d’Hiv roundup which saw French police under the Vichy regime arrest 13,152 Jews who were then sent to the Nazis. Israeli Prime Minister Benjamin Netanyahu, who was invited to participate in the event said Macron’s comments were, “a very, very strong gesture,” L’Express reports.

Macron continued the precedent set by former French president Jaques Chirac in 1995 saying that the French government had total responsibility for the Vel d’Hiv roundup.

“It was France which organised the roundup and then the deportation,” Macron said adding, “and thus the death of the 13,152 persons of Jewish confessions who were torn from their homes on 16 and 17 July 1942. Among them, 4115 children from 2 to 16 years and today we honour the memory.” 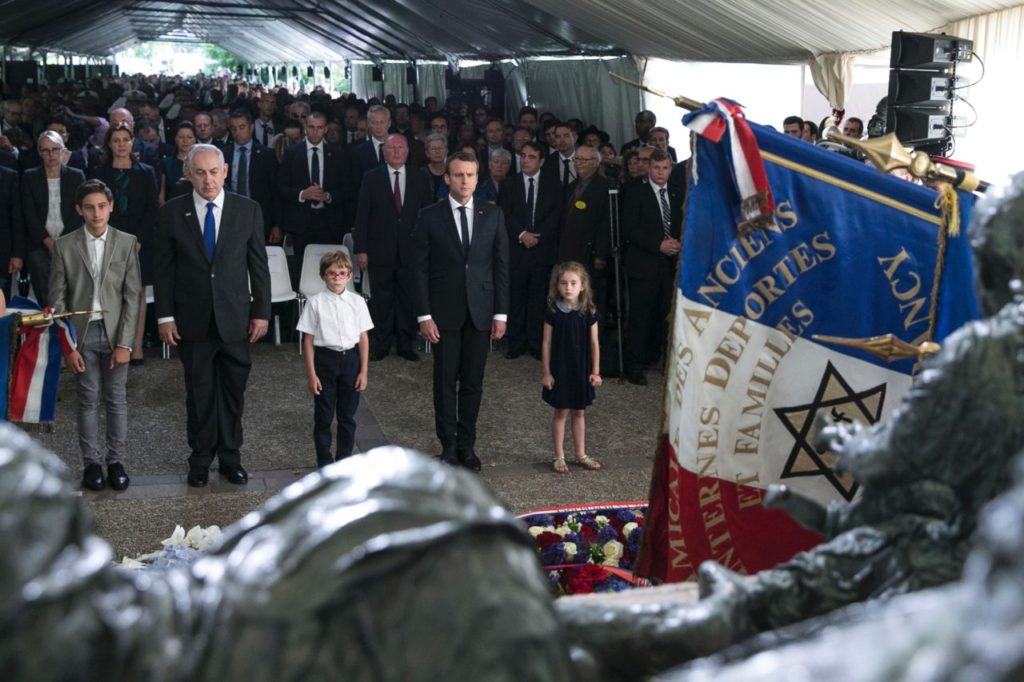 During the French presidential campaign, the issue of who bore the responsibility for the roundup came to the forefront after anti-mass migration Front National leader Marine Le Pen said that the Vichy government was illegitimate and the real French government was located with General Charles de Gaulle in London.

Le Pen’s comments caused controversy and were criticised by many though up until 1995 they were the official French position on the roundup.

Anti-Semitism has been rising in France over recent years as previous reports have shown many Jews deciding to leave the country and move to Israel instead. In 2016 alone some 5,000 French Jews decided to abandon France for Israel driving the total number up to 40,000 since 2006.

The main driver of anti-Semitic violence in France, according to University of Oslo Center for Research on Extremism comes from people of a Muslim background.

A film documenting anti-Semitism in France and Germany echoed the University of Oslo report but ended up being shelved because it was deemed to be too politically sensitive. The documentary entitled Chosen and Excluded — The Hate for Jews in Europe showed that particularly in heavily Muslim populated Paris suburbs that Jews were constantly the targets of violence.

A Jewish schoolboy, who was interviewed for the documentary, described the areas saying, “This is a Jewish quarter surrounded by banlieues [low-income housing projects]. We’re trapped here — when we go out we risk our lives.”