“Under President Donald Trump, the United States stands firmly behind our Article 5 pledge of mutual defense — an attack on one of us is an attack on us all,” Pence told reporters after meeting with the presidents of Estonia, Latvia and Lithuania in the Estonian capital of Tallinn.

Mutual defense is a vital issue for the three small former Soviet states that border Russia, which were all occupied for nearly five decades by Soviet troops before regaining their independence in 1991 after the collapse of the Soviet Union.

The United States never recognized the claim by Soviet leader Josef Stalin on the three countries — which have a combined population of 6 million — allowing Estonia, Latvia and Lithuania to maintain independent diplomatic missions and have their national flags stored at the State Department throughout the occupation. 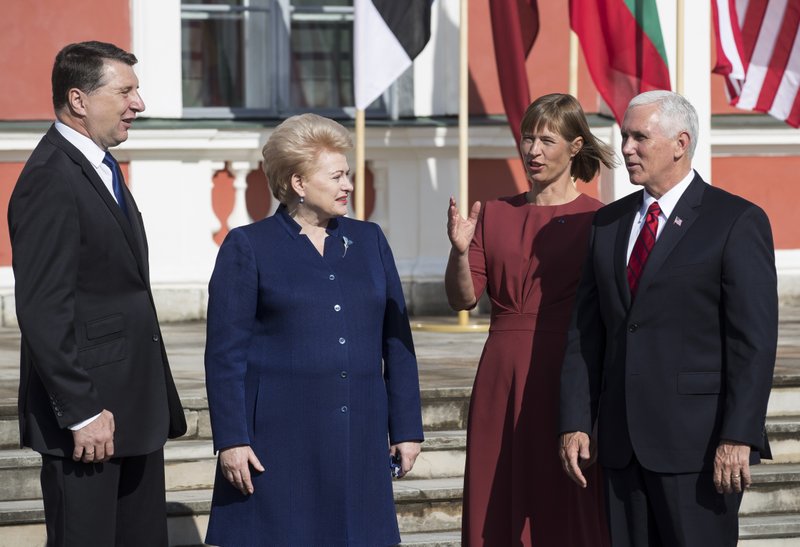 Saying that Trump “knows security is the foundation of our prosperity,” Pence said America and the Baltic countries would seek new ways to increase prosperity by increasing two-way trade that currently amounts to $3.5 billion and by increasing their mutual investments.

Energy is one way that Washington is seeking to tighten its commercial ties with the Baltic countries. It closed a deal in June to sell liquefied natural gas (LNG) directly from the United States to the region.

A Lithuanian state-owned gas trading company will receive the first delivery of U.S. imported LNG in August — something that Pence said will “benefit not only our prosperity, but regional security. And I am confident that this deal will only be the first of many.”

Pence said he and Trump were pleased with the deal that will help the Baltic states to reduce their reliance on Russian gas.

Later Monday, Pence met with NATO troops from Britain, France and the United States that are stationed in Estonia. The alliance has deployed some 4,000 troops and military hardware in the three Baltic states and Poland to counter Russia’s presence in the Baltic Sea region. 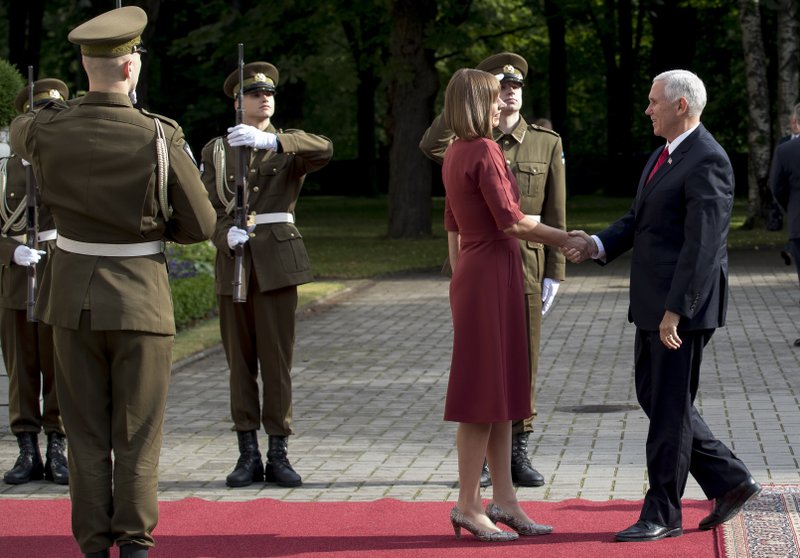 Before departing for Georgia, Pence took shovel and planted an English oak outside the headquarters of the Estonian defense forces together with the leaders of Latvia and Lithuania.

Russian President Vladimir Putin on Sunday ordered the U.S. to cut its embassy and consulate staff in Russia by 755 people. On Monday, Pence said America wants to improve bilateral relations with Russia “despite the recent diplomatic action by Moscow.”

“We hope for better days and better relations with Russia,” Pence told reporters.

Yet Russia’s upcoming Zapad 2017 military exercises with 13,000 troops near the Baltic states’ borders in September may further strain relations.

Grybauskaite told Lithuanian national radio on Monday that the U.S. would double the number of military jets and increase American troops on her country’s soil during the Russian drills to signal that Washington is monitoring the Baltics situation closely.