National Trust members are threatening to cancel their membership after it was revealed that volunteers were banished to the back room, out of sight of visitors, for refusing to wear a gay pride badge.

Members contacted The Telegraph to say they would no longer financially support the conservation society, with one saying he had removed the charity as a beneficiary in his will.

Ten volunteers at Felbrigg Hall refused to wear the rainbow lanyards and badges, to mark 50 years since the partial decriminalisation of homosexuality, in protest at the Trust’s decision to ‘out’ the Hall’s former owner, poet and historian Robert Wyndham Ketton-Cremer, who bequeathed the estate to the Trust after his death in 1969.

As a result, volunteers who refused were asked “not to be on duty in a visitor-facing role” during the summer’s ‘Prejudice and Pride’ campaign, according to emails seen by The Telegraph.

“By wearing the lanyard we are sending a clear message of welcome to all of our visitors,” wrote Ella Akinlade, the general manager at Felbrigg Hall.

Relatives of Mr. Ketton-Cremer were furious that the charity decided to make a film narrated by Stephen Fry which revealed that this “intensely private” man was homosexual. 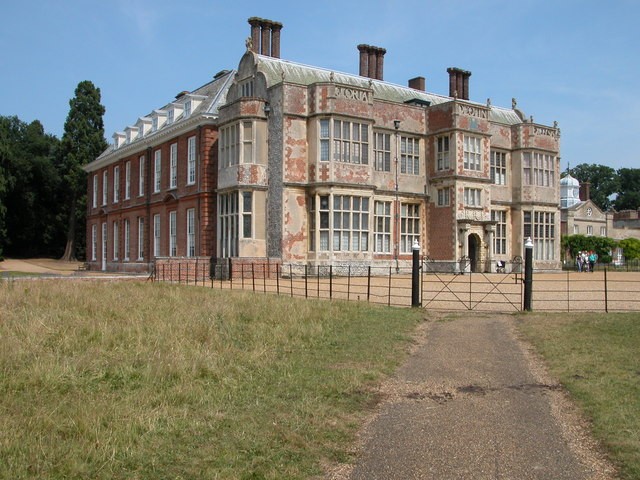 Felbrigg Hall, Norfolk. The south front of Felbrigg dates from the 1620s which contrasts with the west front which dates from the 1680s. The hall has been in the care of the National Trust since 1969. (Image Credit) Philip Halling/Creative Commons

One volunteer told the newspaper: “There’s a group of about 10 of us who have volunteered for more than 10 years, and we’ve now been told that if we don’t toe the line, we can’t do our jobs.”

“Wyndham would have turned in his grave to know what’s happening,” he said.

“He was an intensely private man. He was never open about his sexuality.

“The National Trust looks after grounds and buildings, they do not have the right to research their benefactor’s private lives to suit the needs of a marketing campaign. It’s abhorrent.”

Benjamin Harris-Quinney, chairman of The Bow Group, Britain’s oldest conservative think tank, told Breitbart London: “I think the vast majority of people in Britain believe that someone’s sexual preference is a private matter for them.

“However, what we are seeing is a movement not in the interests of that commitment to personal choice and freedom, but to the exact opposite: tyranny.

“That we have reached a point as a nation where the question is genuinely being asked ‘Should it be compulsory to wear an LGBT Pride badge?’ is a chilling indictment of a movement which is about political extremism, not freedom.”

Mr. Harris-Quinney added: “The foundation of this movement is Cultural Marxism, the hard left wing desire to use identity politics to erode and destroy the cultural pillars of the Judeo-Christian West.

“The speed as a society which we have gone from changing our laws in the supposed interests of ‘equality’ to forcing people to accept a political ideology will alarm most British people who are firmly against the forced acceptance of any political views.

“It is becoming clear what opponents of this movement have said all along: People who are part of the LGBT lobby are not acting in the interests of gay people but a far darker totalitarian and extremist cause that is rightly opposed by the vast majority of our citizens.”