Several fishermen in the Tunisian port city of Zarzis have blocked the Defend Europe vessel, the “C-Star”, from refuelling, claiming that the ship and its mission to watch over migrant rescue NGOs is “racist”.

The fishermen, who belong to the Tunisian Association of Fishermen, blocked the Defend Europe vessel from approaching the port on Sunday. Head of the Association of Fishermen Chamseddine Bourassine said: “It is the least we can do given what is happening out in the Mediterranean,” whilst a port official said: “Us let in racists here? Never,” L’Express reports.

The call to block the ship from using a Tunisian port came on Friday from the Tunisian Forum for Economic and Social Rights (FTDES), a left-wing NGO which put out a press release claiming the Defend Europe mission was “racist”. 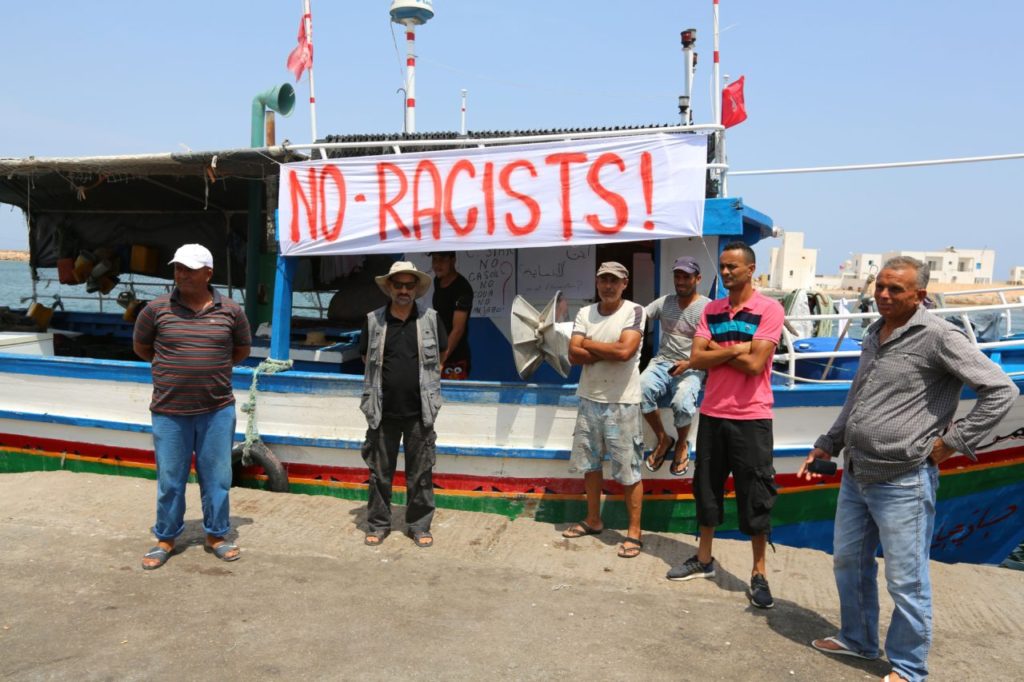 They demanded that the Tunisian government refuses to cooperate with the C-Star crew, that all sailors denounce their activities, and that “all associations and all persons must mobilise against the access of this boat to Tunisian territorial waters and to all ports”.

FTDES has, according to page 17 of a report by the Swedish International Cooperation Agency (SIDA), received funding from left-wing Hungarian-American billionaire George Soros through his Open Society Foundations in the past.

Another organisation which has actively opposed the mission of Defend Europe has been the UK far-left NGO Hope Not Hate, who are also funded by Soros’ Open Society Foundations.

Many governments have slammed the activities of Soros and the various pro-mass migration NGOs he funds. The most vocal critic has been Hungarian Prime Minister Viktor Orbán who called the NGOs a “mafia” and said that the European Union follows the migration plans of Soros.

The Hungarian government has also come under fire for new legislation which would hold many of Soros’s NGOs to account and force them to provide greater transparency.

Started by the hipster-right Identitarian youth movement, the Defend Europe mission has raised over $15o,000 (£115,000) through online platforms, but has been plagued by setbacks which the Identitarians have blamed on pro-migrant NGOs.

Initially, the C-star was delayed in Suez and then again in the northern Cypriot port of Famagusta until it was released on August 1st.

Defend Europe claim their mission is to observe migrant rescue NGOs and report if they believe they are collaborating with people smugglers, as well as sink abandoned vessels to strain the financial resources of people smugglers.