The newly released Project28 Europe-wide poll shows that ordinary people are becoming increasingly distrustful of political elites, that many are more pessimistic about the future, and a changing attitude to mass migration is developing.

The survey, which is conducted by the Hungarian Századvág Foundation think tank, reveals in increasing gap between the political elites in Europe and the people they govern on many issues. Over half of those surveyed said they did not trust their government at all, while only nine per cent said they totally trusted their own government. 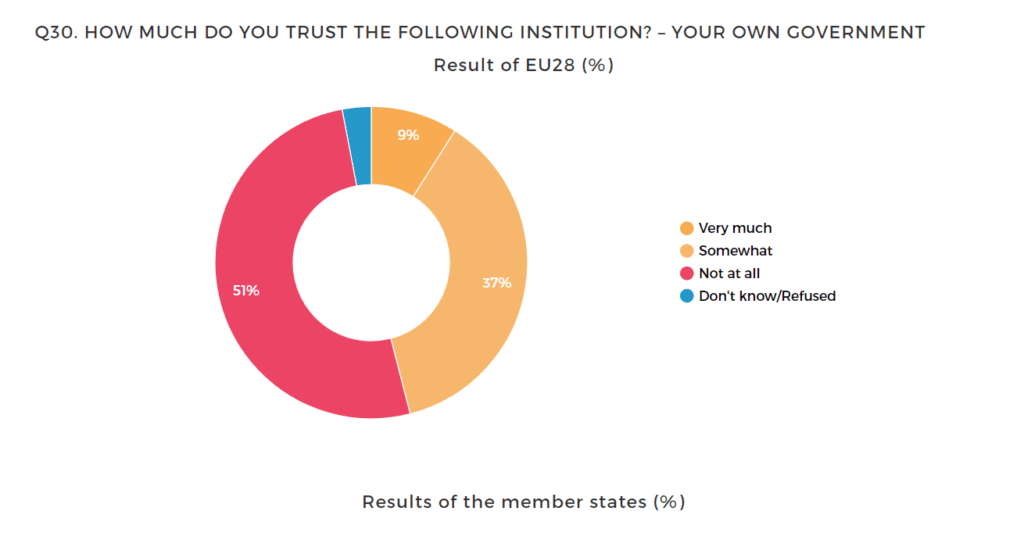 Distrust was highest among Greeks with 82 percent of the citizens having no faith in their elected officials followed by Croatia at 70 percent and Italy at 69 percent. Malta had the most citizens who were trusting of their government with 32 percent agreeing, followed by Hungary at 29 percent.

According to the statistics, the most trusting people in Europe of the mainstream media were German citizens. 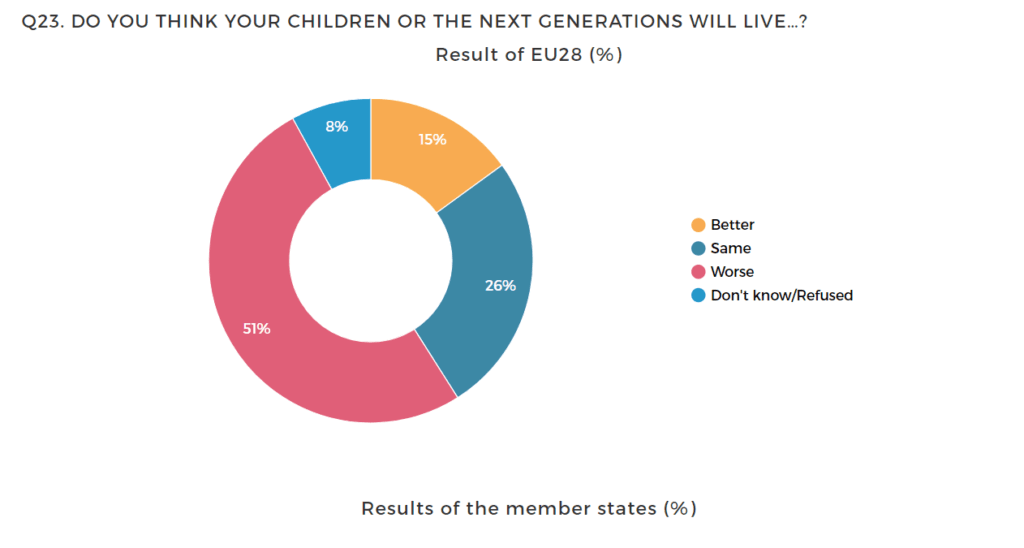 A majority of Europeans are also pessimistic about the future, with 51 percent saying they expect their children to have a worse life than them. On immigration, 50 percent agreed that it was a serious problem for Europe and 53 percent claimed migrants were coming to Europe solely for economic reasons.

On immigration, 50 percent agreed that it was a serious problem for Europe and 53 percent claimed migrants were coming to Europe solely for economic reasons, 64 percent thought immigrants would bring more crime, and 66 percent thought mass migration was increasing the chances of terror attacks.

Breitbart London spoke to the head of the study David Szabo who said he was surprised to see how attitudes had remained the same as his 2016 study, but it had not been reflected in the Dutch and French elections earlier this year.  He said that they had “re-elected their elites” despite, “not sharing their opinions.”

Looking forward to the German and Austrian elections Szabo said, “I do not expect big systematic changes in the upcoming two elections,” saying that he thought Austrian mainstream parties may take a more hardline stance, as Dutch Prime Minister Mark Rutte did before the Dutch elections, in order to take votes from the anti-mass migration Freedom Party of Austria.

“In Germany, on the other hand, I do not see room for considerable political changes,” he said predicting a win for Angela Merkel but said it could be possible for Merkel to win enough votes to form a coalition with the libertarian Free Democratic Party.

He claimed both Austrian and German conservatives were trying to distance themselves from left-wing ideas in order to end grand coalitions he said were causing distrust and disillusionment.

Summing up the study Szabo said Europe was “deeply divided” with eastern Europe much more optimistic and dynamic than the west. He predicted that the main issues of 2018 would be the role of the European Union and a strong sovereigntist movement against EU centralisation.

“51 percent of all of Europe favours individual members states having more power,” he said adding, “2018 is going to be an exciting year.”