A former Roman Catholic monastery in the town of Troisvaux in Nothern France has been transformed into an asylum centre as the number of migrants in Calais starts to rise once again.

Opened in August, the new emergency asylum centre accommodation houses up to 100 beds for the growing number of asylum seekers returning to Calais after the destruction of the infamous migrant camp, known as the Jungle, last year.

The creation of the centre, formerly Belval Abbey, is an attempt by the French government to relieve the pressure on the city of Calais, L’Express reports.

The monastery was originally built in the early 20th century and was home to 80 Trappist Cistercian nuns who became locally famous for their cheese making. The last nuns left the abbey in 2012, though a local organisation took over the production of cheese.

The abbey is now home to migrants from countries including Eritrea, Somalia, and Chad, many of which are attempting to cross the channel to the UK. 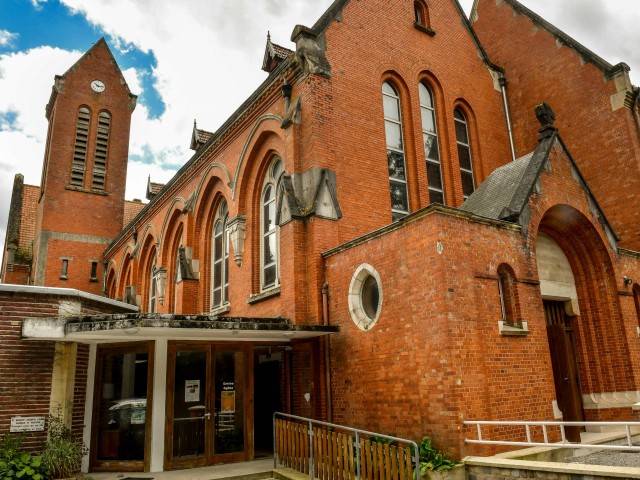 This general view shows the entrance to The Abbey of Belval in Troisvaux on August 3, 2017, the first migrants from Calais are being cared for within the abbey in northern France.  (Photo by PHILIPPE HUGUEN/AFP/Getty Images)

Claude Picarda, who runs the centre and works with the association La Vie active, said: “Here they can stay, sleep, eat properly and take stock of their situation.” She added that some of the migrants were rejected asylum seekers from Germany and other European countries.

“Many remain convinced that they will succeed in moving to England,” he said.

Twenty-two-year-old Ibrahim, who was born in Chad but grew up in Saudi Arabia, said: “We are well received here, it is much better than in Calais. We have showers and toilets, and we have three meals each day.”

Not all the migrants were happy about staying in the rurally-located Abbey. Somali asylum seeker Ahmed complained: “There is no network, no internet, and the first city is an hour’s walk away. It’s like a prison here.”

Director Picarda noted that there were no rules about the migrants coming or going as the pleased. “It is important that their coming here remains voluntary,” he said.

Local residents are also not keen on the asylum home. The mayor of the town, which has only 50 residents, said he received several concerned phone calls while one local said: “It’s all a bit strange that we did this in an ancient abbey when some of them are not of our religion.”

The number of migrants heading to Calais has drastically increased in recent months despite many attempts by the French government to relocate them.

In June of this year, a van driver was killed after migrants put tree trunks on the road and nine Eritreans were later arrested. Only six weeks later, another driver was attacked when he was smashed in the head with a brick by migrants who then stole his vehicle.

Last month, it was estimated that there had been over 17,000 attempts by migrants to board vehicles in Calais to sneak into the UK.