Just weeks ago, in the aftermath of the Barcelona terror attack, the British government announced it was considering extra checks on those seeking to rent vehicles in the United Kingdom as some kind of risible deterrent against terrorism.

This weekend, a new scapegoat has been found: the internet.

Prime Minister Theresa May stated, following the bucket bombing of a London Underground train last week, that internet giants such as Facebook and Google were not doing enough to stop would-be terrorists accessing plans of how to make improvised explosive devices.

“One of the issues that we really need to be addressing, and I’ll be raising this when I’m at the United Nations, is the question of the use of the internet by terrorists for terrorist planning,” she said. “But also this using it for the spread of extremism, of hatred, of propaganda that can incite and can inspire terrorism.”

We’ve seen how these counter-extremism measures are used already. Christians and Christian schools have been targeted, as have teenagers who express support for patriotic political movements like UK Independence Party.

Now instead — again — of attempting to tackle the root causes of terrorism, Prime Minister May simply wants to try and disrupt the mechanism by which terrorists share information.

It is broadly evident — as I point out in my recent book on the subject matter — what really needs to be done to combat terrorism in the Western world, in a year where Europe has faced an attempted or executed terrorist attack every seven days on average.

It is simply unrealistic and totally unfeasible to expect large migrant communities to integrate.

Ghettoisation alone does not make for a terrorist, but the creation of migrant dominated enclaves — No Go Zones — makes it much easier for those who would seek to do harm to proselytise and recruit, be it in person, through book stores, or indeed through the reliance of word of mouth both on and offline.

The welfare trap set by socialist governments and political parties across Europe fosters resentment. Just look at Tower Hamlets in East London. Residents of one of the most deprived areas of the United Kingdom endure the excesses and largesse of the City of London and Canary Wharf looming over them. 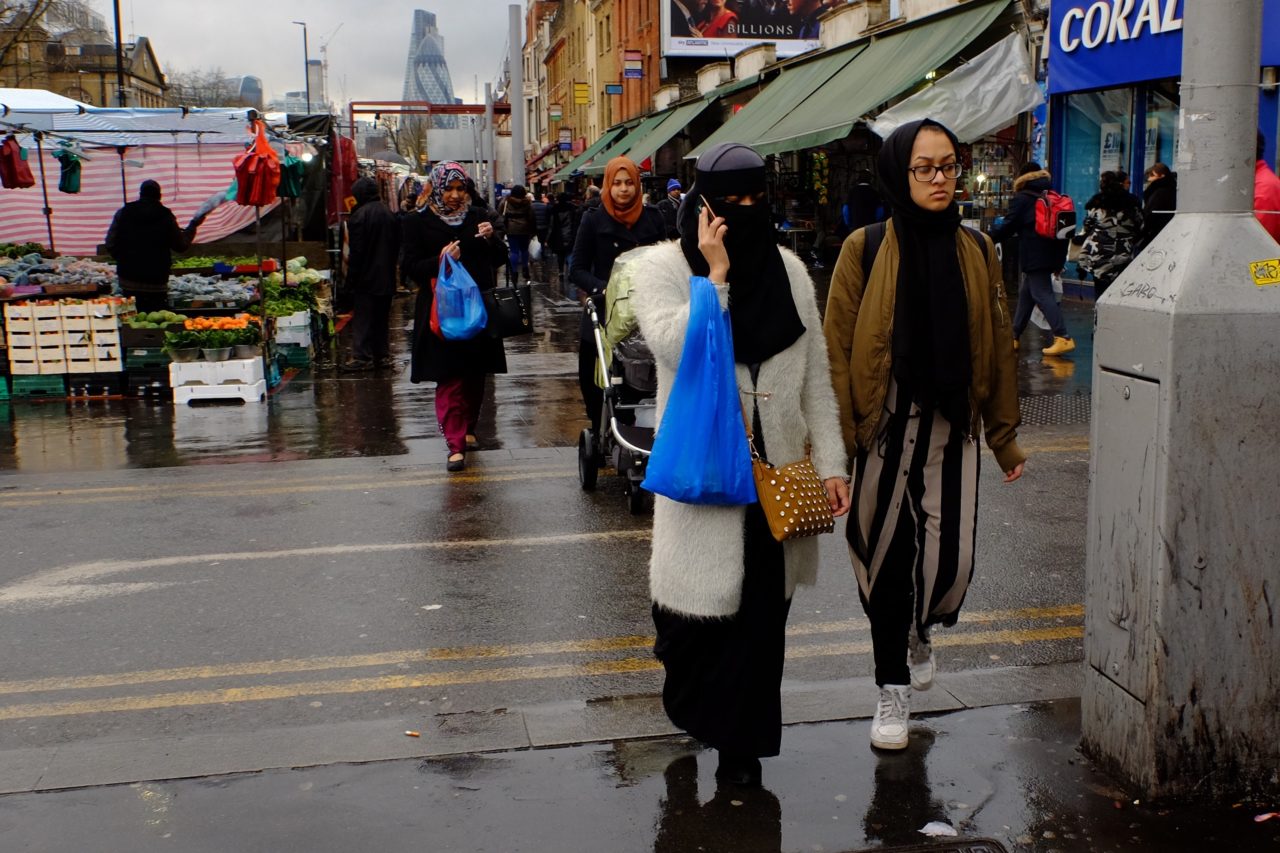 Commercial Road in East London, looked over by the City skyline

The socialist and liberal response to this is to throw more money and more “tolerance” at them. Excuse the outrages in these communities, employ softer-touch policing methods, and increase handouts. This does nothing but attack their human dignity — and whether they are conscious of it or not, commits them to a life of dependency on a nation-state they already have little in common with.

The only way to abort this inevitable cycle is to drastically curtail mass immigration. There is simply no way to integrate so many people, so quickly, and guarantee the rights, securities, traditions, and financial equities expected by native populations.

The first question will be “what constitutes a ‘bad’ mosque” and how can the state intervene in the freedom of religion? I get into this, again, in the book.

This requires an understanding of what, right now, should be self-evident. Religions tend not to contain just faith-based strictures. Their very nature relies on them to be cultural, and political. No modern day religion knows or does this better than Islam.

At this point we can start identifying the problematic organisastions and institutions. 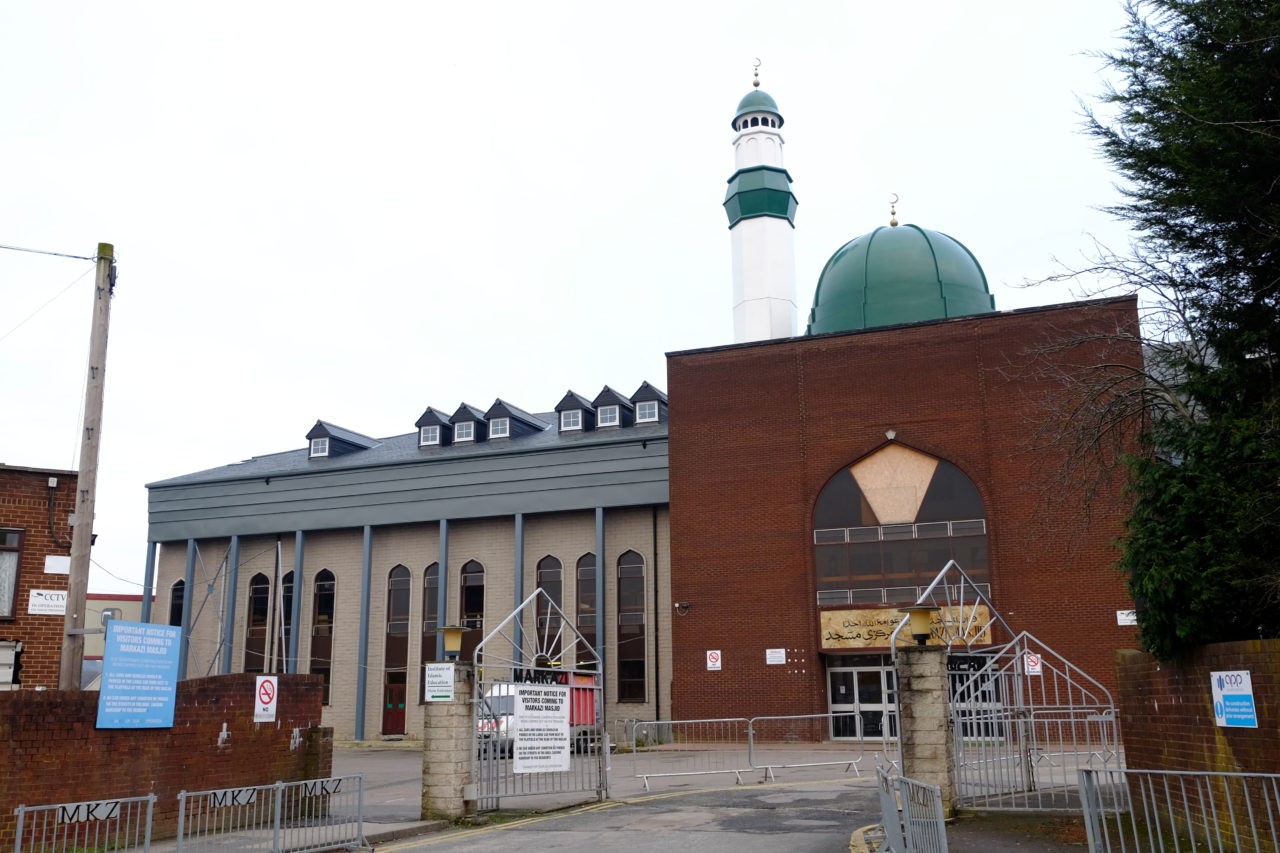 Educational establishments found to be teaching children to unfriend non-Muslims shouldn’t get a slap on the wrist, they should be dismantled brick-by-brick. Religious institutions that are found to be teaching literalist interpretations of the Quran should be met with a wrecking ball. Entites reliant on foreign funding from major state sponsors of terrorism should be boarded up.

Won’t this cause more bad blood? Perhaps at first, though you’d be surprised.

If communicated with correctly, frankly, and without the patronizing post-colonial tone that assumes the bigotry of low expectations, congregants and attendees of such groups would be more than happy to cast off the shackles of extremism forced upon them by elders, which sees their sons and daughters fighting and dying both at home and abroad for some version of Islam they spent most of their lives without.

Socialist political parties rely upon the racket of mass migration.

Virtue-signaling, vote-pandering, and the degrading of the human dignity of immigrants are part and parcel of the left’s attempts to dominate on this issue.

So far they’ve been winning, but only because there has been no political figure confident enough in the subject to repeatedly hammer on this point.

On issues rangling from the dreadful conditions at halal slaughterhouses to the (lack of) education in predominantly Muslim areas, no one has summoned up the courage to say, “Hold on a minute…”.

This is a shibboleth that needs smashing, not least for the sake of first and second generation Muslim immigrants who display a far greater predilection for terrorism and Quranic literalism than their forebears.

But this requires knowledge. And accruing knowledge takes time.

Most of all, you have to be willing to deal with the inevitable, immediate, violent fallout as the most divisively motivated elements of those communities seek to make an example of said politician or policies. Our four or five year electoral cycles let us down in this regard. This is a generational struggle, and one that no one seems to be willing to fire the starting pistol on.

I can personally think of no more an empowering statement to make than: “We will not treat you with kid gloves. We will not endure the worst elements of your heritage. You are amongst us now, out of choice, and we will demand you become one of us”.

No more honour killings, no more rape gangs, no more halal in hospital canteens, none of it.

The only group who benefits from this division is the political left, and it is evident in how they target these communities for votes.

Theresa May’s misguided approach — once again — proves to me she is not Prime Ministerial material.

Look at Britain under her control. Lost at sea on Brexit. Five terror attack this year. And solutions that offer the public almost no peace of mind, and offer Muslim communities no stick to be served alongside the halal carrots.

Raheem Kassam is the Editor in Chief of Breitbart London and author of No Go Zones: How Shariah Law is Coming to a Neighborhood Near You