Illegal migrants are attempting to reach the UK by breaking into lorries leaving from a port in Normandy as security around Calais continues to be tightened.

The port of Ouistreham is 200 miles south of Calais’ ports and Eurotunnel entrance – now surrounded by an imposing parameter to protect ships and trains headed for the UK.

British holidaymakers passing through the Normandy port have reported seeing a rise in migrants in the area. The attempts to illegally board lorries pictured below took place at 3 pm on Thursday. 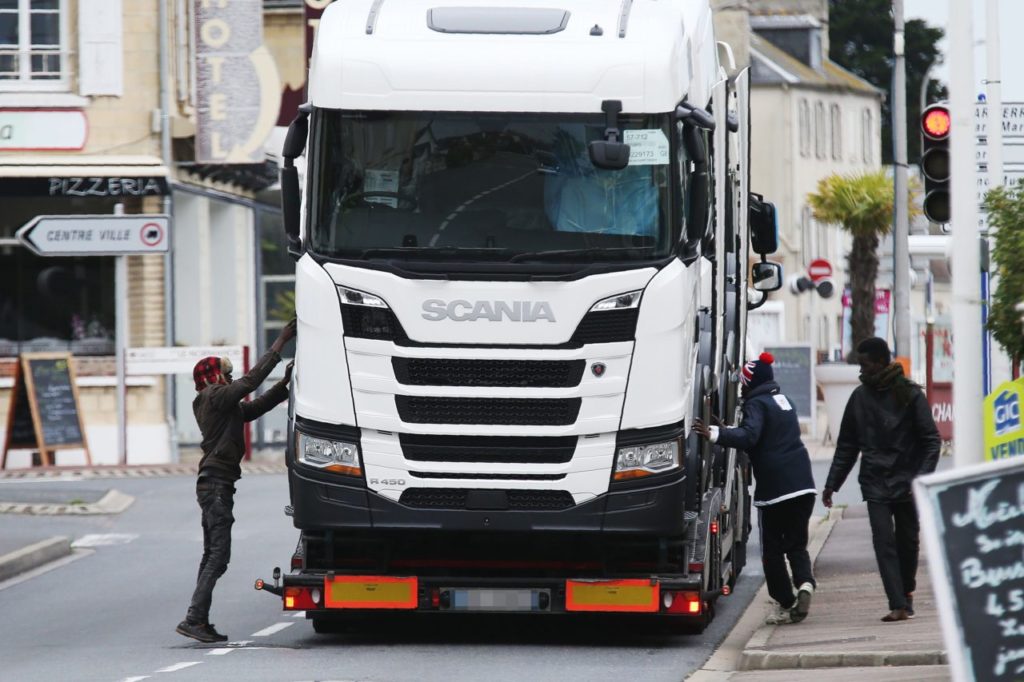 Sudanese migrants jump in a truck in Ouistreham, near Caen, northwestern France on October 5, 2017. A ferry boat passes from Ouistreham to Portsmouth three times a day. (CHARLY TRIBALLEAU/AFP/Getty)

The migrants are a part of a group of about 100 young men from Sudan and Eritrea who live in a makeshift camp in woodland a mile-and-a-half from the port, the Daily Mail reports. Many have travelled down from Calais.

A witness to Thursday’s incident told the paper: “As soon as the truck stopped at the red light the migrants were quickly trying to jump on.

“Only one made in on board before the lights changed. This is happening almost every day. They know exactly when the ferries leave for Britain and plan their days around these timetables.

“Unlike Calais, there are not hundreds of policemen stopping them. At the moment they see this as their best chance of success.” 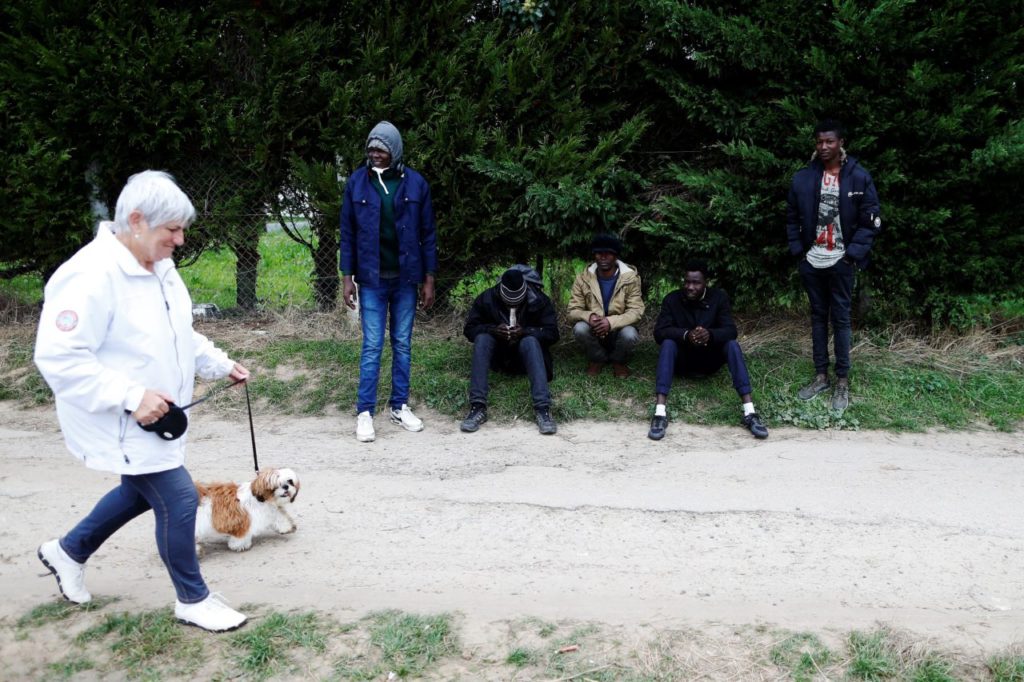 Sudanese migrants wait on the side of a road as a woman with a dog walks past in Ouistreham, near Caen, northwestern France on October 5, 2017. (CHARLY TRIBALLEAU/AFP/Getty)

Caravanning enthusiasts have been warning each other to be vigilant as they approach Ouistreham. One wrote on an internet forum how he spotted “groups of what appeared to be migrants hanging around the area”.

“Drivers heading towards the port need to be alert as some of the people we saw were standing very close to the road and studying on-coming traffic.” 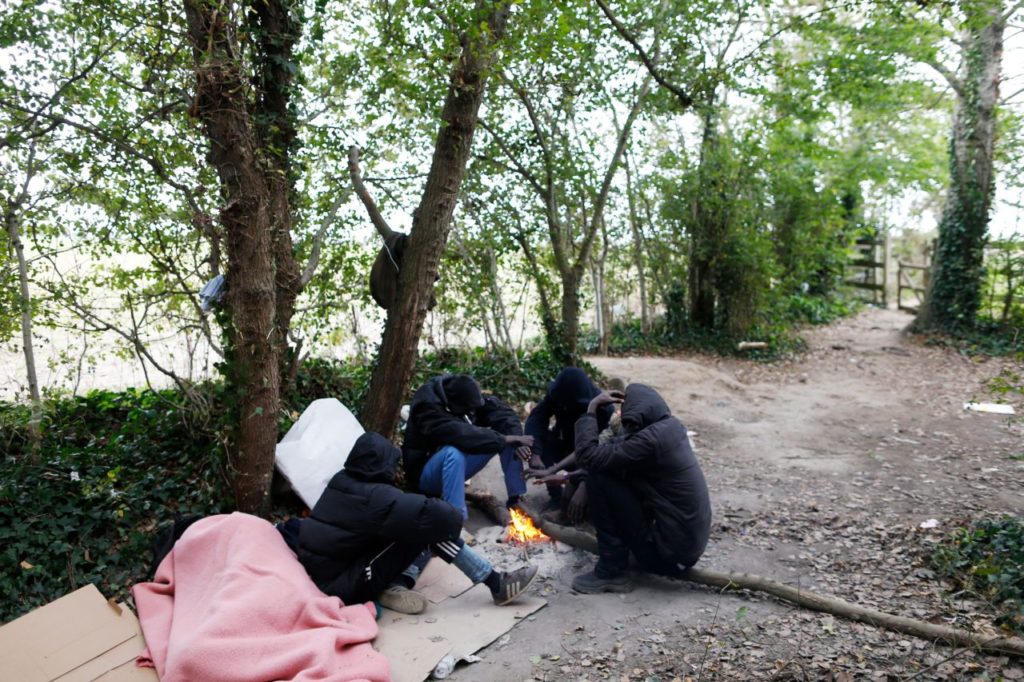 Sudanese migrants sit around a fire in a forest where they sleep in Ouistreham, near Caen, northwestern France on October 5, 2017. (CHARLY TRIBALLEAU/AFP/Getty)