PARIS (AP) — Abdelkader Merah wants to show that he has escaped his violent past through devotion to Islam.

Once nicknamed Bin Laden in the French housing project where he grew up, the violence-prone ex-delinquent now says he is a peaceful Muslim and has displayed calm, wit and knowledge at his terror trial in Paris.

From the glass-enclosed court docket where he has been standing for the past four weeks, Merah has been trying to distance himself from his younger brother Mohammed, who five years ago killed seven people in extremist attacks in southern France.

“I’m not Mohammed Merah, I am Abdelkader Merah. There is a big difference,” he told the court.

Abdelkader Merah is accused of complicity to terror in connection with the shooting spree his brother went on in 2012. He denies any wrongdoing.

Public prosecutor Naima Rudloff on Monday requested the maximum sentence for Merah, life imprisonment with 22 years before any possible parole. A verdict is expected on Thursday.

In March 2012, Mohammed Merah killed three French paratroopers in Toulouse and Montauban. Then a few days later, he burst into a Jewish school, killed a rabbi and his two young sons and grabbed an 8-year-old girl and shot her in the head. He was then shot and killed in a dramatic 30-hour police standoff at his Toulouse apartment.

Abdelkader Merah has been held for over the past five years, suspected of having mentored Mohammed as he turned toward jihadism, and with providing assistance to him.

With a thick beard and his hands behind his back, the 35-year-old Merah has proved hard to unsettle during his court hearings, even when the investigation suggested he had helped his brother.

On French intelligence radar since 2006 for his proximity to radical cells in the Toulouse region, Merah has admitted he was with his brother the day Mohammed stole the motor scooter used in the killings. He said he didn’t report the theft to police because he didn’t want to be a snitch.

“This is how it works in the projects. I’ve got the street DNA,” Merah told the court. “As a Muslim, a theft in my presence was not something enjoyable. On the other hand, in the housing project, a scooter theft is not something that really matters.”

Abdelkader Merah’s story is similar to dozens of troubled French youths who have taken the path to radicalism. 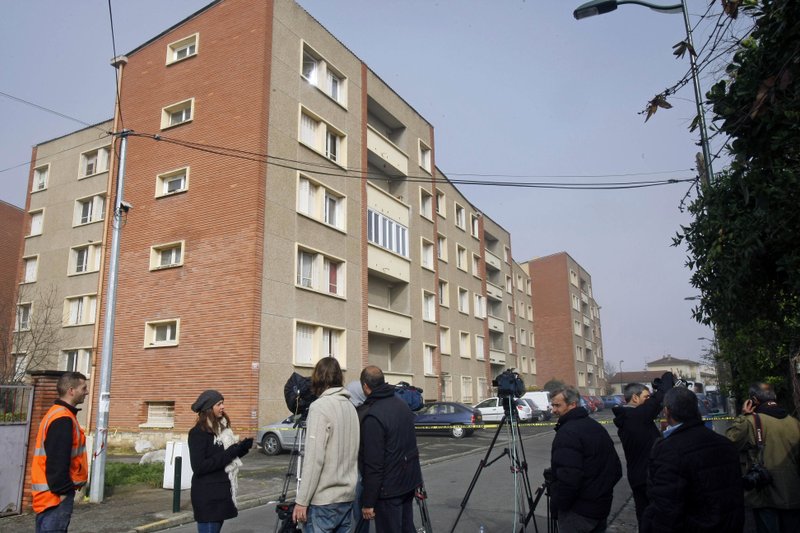 A former construction painter, Abdelkader Merah is regarded by investigators as the ideologist who radicalized his younger brother within a dysfunctional family with an absent father. Placed in foster care after he was kicked out from school, Merah was exposed to violence and drugs at an early age. A childcare workers’ report from 1996 describes him as a violent boy.

Merah, nicknamed Bin Laden in his neighborhood after he glorified the 9/11 attacks — does not deny being a role model for Mohammed. But he insists that was before he embraced Islam back in 2006, at a time when he was drinking alcohol and smoking cannabis.

“When I was a delinquent, I was a star in the neighborhood. And he (Mohammed) was looking up to us,” said Abdelkader Merah, who was jailed in 2003 for stabbing the family’s eldest brother, Abdelghani, during an argument.

Merah, who grew up alongside two brothers and two sisters, was lured toward radical Islam after he was discharged from jail, after meeting with extremists in the Izards housing project.

“I wake up Muslim. I live Muslim. I eat Muslim. I sleep Muslim,” said Merah during his trial, claiming that “democracy is a religion” and that he places “Islamic law above the French constitution.”

Does that mean he could use violence against French society?

Merah claims that Islam has brought peace to his troubled mind. After what he calls “his conversion,” he went to Egypt four times. While prosecutors believe he could have travelled abroad to connect with terror networks — his brother Mohammed met him in Cairo in 2010 — he insists he went there to learn literary Arabic in Qur’anic schools.

Investigators have found dozens of books on Islam at his house, but also a jihadi audio guide recorded by an Al-Qaeda affiliate.

“People say I have mentored my little brother,” he said. “But I would have loved him to follow me in my quest for science.”

During his trial, Merah has admitted for the first time that his brother was a “terrorist,” and said he felt ashamed by his killings. But during a conversation with his mother recorded earlier in jail, he said that Mohammed had offered him “the most beautiful gift.”

And if he ever has a son, Abdelkader plans on naming him Mohammed.

“He did what he did, but he remains my little brother,” Abdelkader said. “Why should I turn my back on him?”

For Laurence Cechman, a lawyer for the victims’ family, there’s no doubt that Abdelkader is hiding his true face.

“What a beautiful lesson in taqiyya,” she said, using the Arabic word describing strategic lying to non-believers.