Left-wing protestors attempted to break through police barricades outside the presidential palace during the inauguration of the new Austrian government Monday morning, as 31-year-old Sebastian Kurz became the world’s youngest national leader.

The swearing-in ceremony with Austria’s left-Green president presiding comes after months of negotiations saw a working coalition emerge between the largest party, Sebastian Kurz’s conservative People’s Party (ÖVP) and the populist-right Freedom Party (FPÖ). The FPÖ’s Heinz-Christian Strache was installed as Austria’s vice chancellor Monday, with the party’s most senior figures also taking control of a number of key ministries as part of the coalition deal. 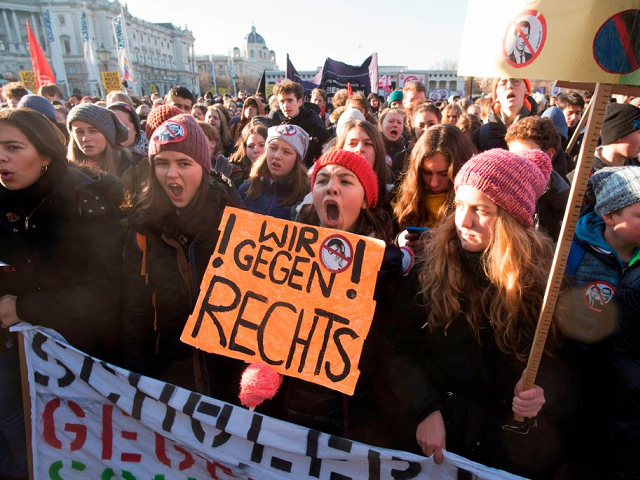 Once the various counter-demonstrations had gathered outside the palace, there were an estimated 2,250 at the protest / Getty Images

While the formal ceremony took place inside the presidential palace in Vienna, thousands of left-wing counter-protestors did battle with some 1,500 police officers deployed in anticipation of violence.

Vienna’s Krone newspaper reports despite a ban on demonstrations having been placed on the square outside the palace by police, there were “violent riots”. Groups of so-called ‘Antifa’ radical leftists threw fireworks and eggs at police officers, leading to a number of arrests. 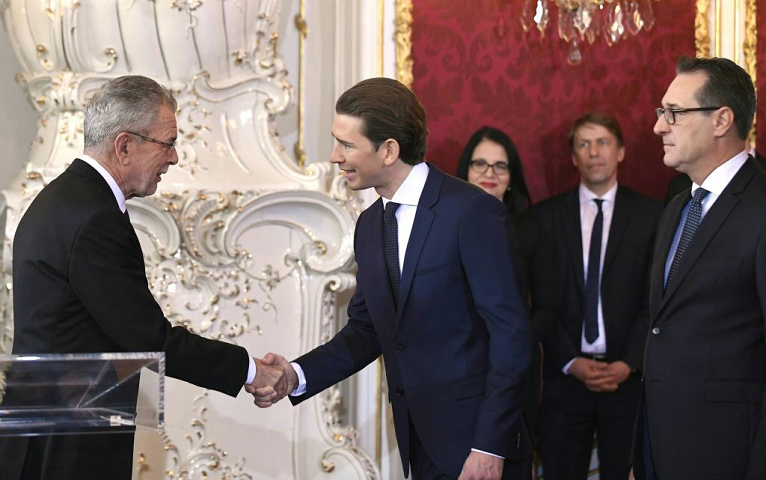 Meanwhile inside the new government is inaugurated by the Austrian president. According to national custom, the handshake from Presiden Van Der Bellen (left) makes the act official. Sebastian Kurz (centre) stands before his FPO counterpart and now vice-chancellor Strache (right) / Getty Images

While wearing masks that cover the whole face are now banned under Austrian law in line with the prohibition of burqa-type religious facial coverings, attending police did not force the marching radical-left groups to unmask.

Banners seen among the protesting groups compared the new government to the German Nazi party of the 1930s, and declared “Death to Fascism!” as well as “Refugees welcome”. 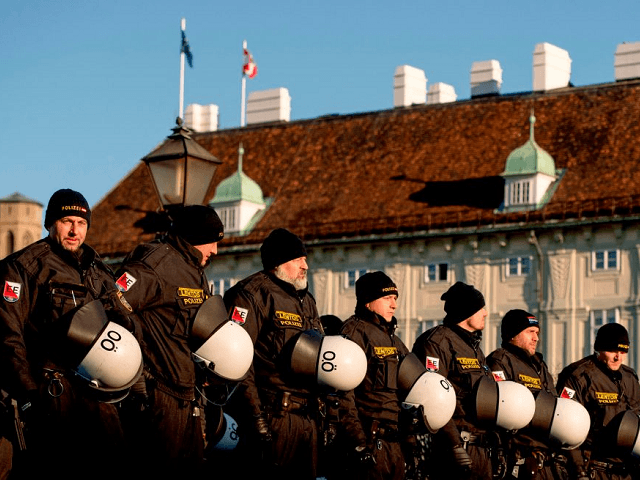 The last time Austria’s FPÖ entered government in 2000, their fellow European governments imposed sanctions on the nation to punish them for electing the right-populist party. Reactions have been more muted this time, which Brexit leader Nigel Farage has attributed to the growing acceptance of Euroscepticism and opposition to mass migration across the continent.

In 2000 I sat in a European Parliament that wanted sanctions on #Austria because the Freedom Party was in coalition government. It’s now the same situation in 2017 and no one says a word. Eurosceptic politics is now mainstream. 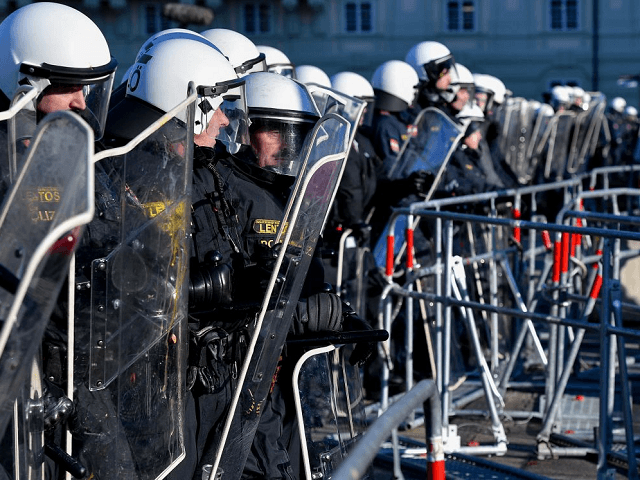 Among those in the European Union who has spoken out against the new democratically elected Austrian government is European Commissioner Pierre Moscovici, a French socialist, who said: “Democrats that believe in European values must keep a watchful eye on the coalition that is now in power in Austria… the presence of the far right in power is never insignificant.”

Although the FPÖ is an instinctively Eurosceptic party, they have apparently had to tone down their rhetoric as part of the coalition agreement with the larger, conservative pro-EU ÖVP which has promised a “pro-European” administration. 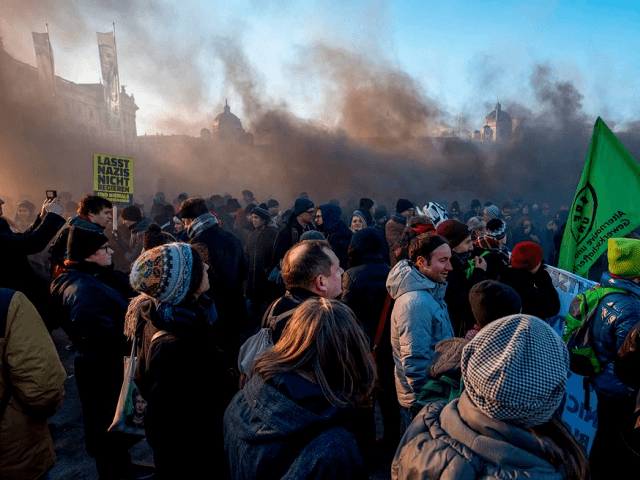 There are, however, a number of policy areas where the populist FPÖ will not have to modify their stance. Thanks to the ministries now controlled by the party as part of the coalition agreement, observers anticipate a hard line on combatting mass migration, and a programme of anti-Islamisation policies. The Austrian government will also overturn their indoor smoking ban at the insistence of the FPÖ. 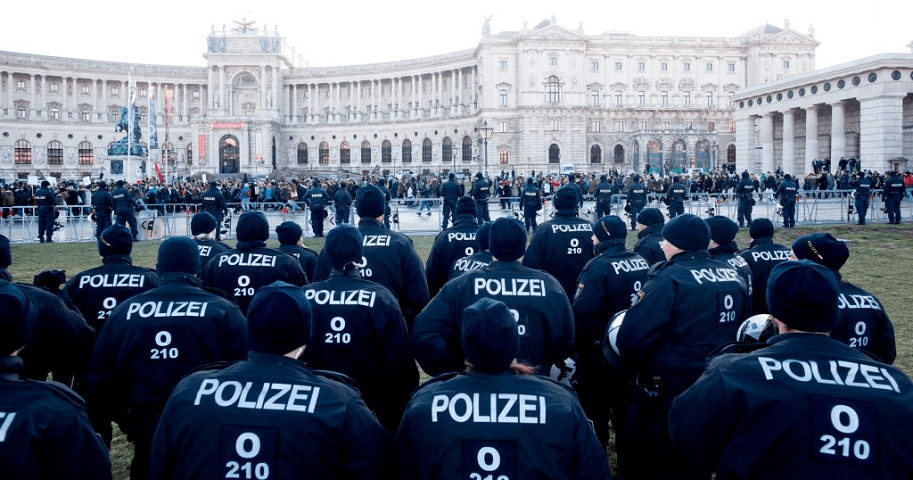 There were approximately 1,500 police officers in attendance, as well as a number of water cannon / Getty Images 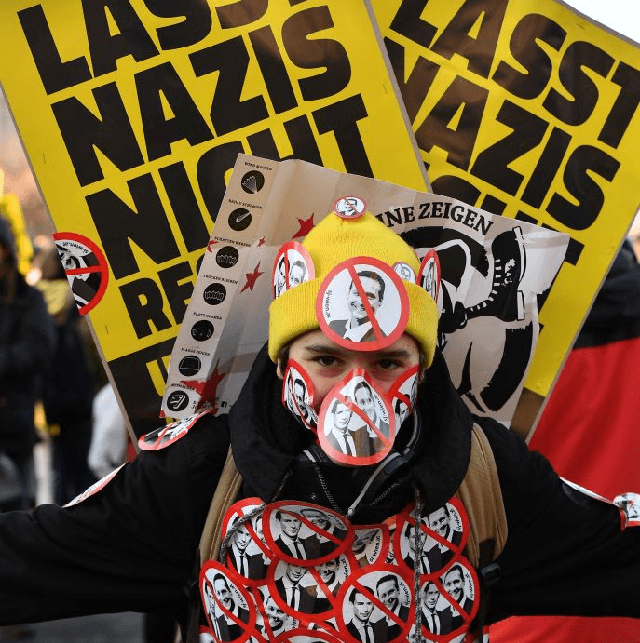 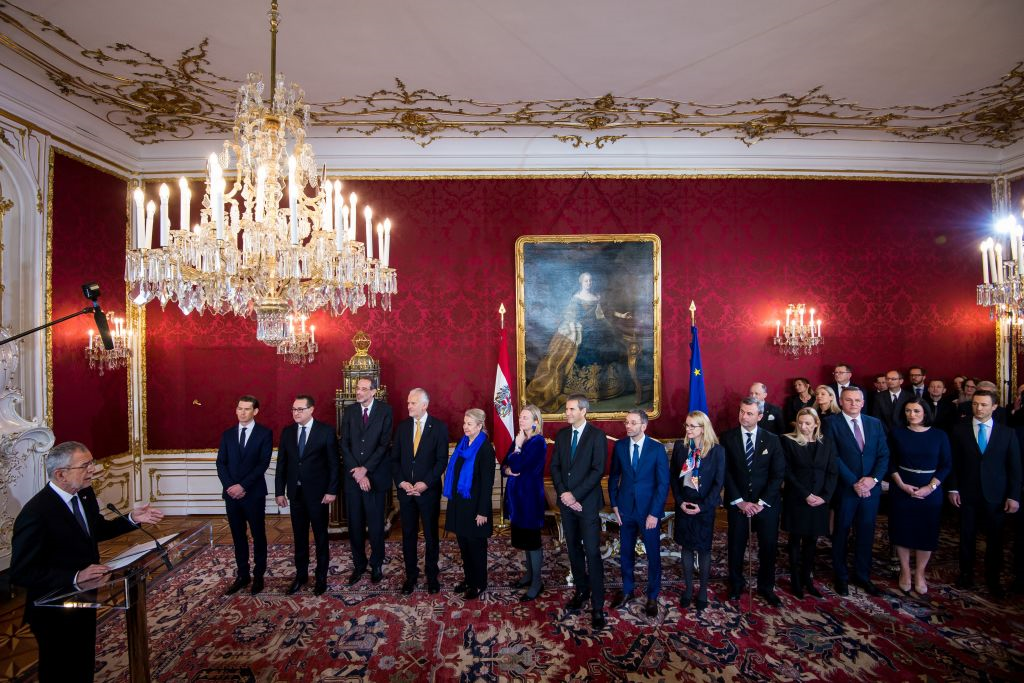 The new Austrian government is addressed by the President / Getty Images 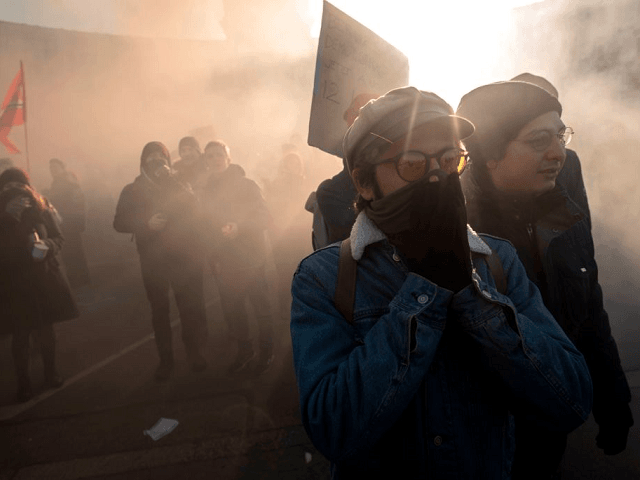 A protestor breathes through a mask as smoke swirls / Getty Images