Christmas is a time where Christians pick on Muslims in the United Kingdon, Yasmin Alibhai-Brown claimed Friday in the International Business Times.

Every year, in the lead up to Christmas, tabloids run turkey (that is, dumb and stupid) stories about Muslims objecting to the festival, cards, crackers, music, trees, pressies, paper hats, church services, mince pies, street decorations, and ho-ho-hoing Santas.

Such culture alarms are now an annual ritual, an essential part of the season. They reassure those lost souls who want all their Christmases to be white.

Many of the reports are cooked up, some rely on unverified gossip usually put about by disgruntled council workers or jingoists, and a few are truthful accounts of Muslim grouches who are forever trying to stop the rest of us having a good time. 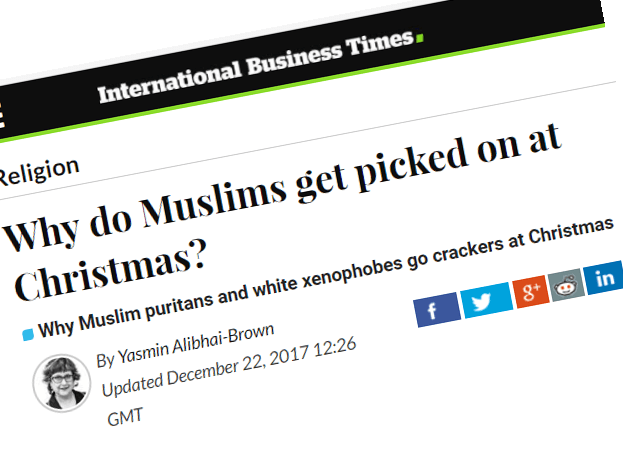