The main protest against Prime Minister Orbán’s visit was carried out by the NEOS party, a small liberal pro-European Union party which won a mere 5.3 per cent in last year’s national election.

NEOS leader Matthias Strolz, who along with his small group of supporters, waved EU flags to protest the Hungarian leader who Strolz accused of “undermining” the bloc, Kronen Zeitung reports.

“Show me your friends, and I’ll tell you who you are. My message to Chancellor Kurz and Vice-Chancellor Strache is: You have the wrong friends! Orbán is one who wants to undermine European coexistence,” Strolz said during the protest.

“Le Pen and Wilders, who proclaimed the declared destruction of the EU, are the friends who were the first to congratulate this new government. These are highly questionable friends of this federal government. And we NEOS will stand up against it,” he added.

The Austrian branch of the far-left environmental activist group Greenpeace also held a protest against Orbán over the planned expansion of the PAKS II nuclear power plant in central Hungary.

The group put out a press release saying: “Nuclear power plants in neighbouring countries are also the biggest security problem for Austria. At today’s meeting with his Hungarian counterpart, Chancellor Kurz, therefore, has to make it clear that a government that endangers millions of people by building new risk reactors is untrustworthy on security issues.”

The visit of the Hungarian leader is his first following the establishment of Vienna’s conservative-populist coalition in December.

During a press conference, Chancellor Kurz said he and Orbán agreed on their opposition to the EU’s migrant redistribution quota system and agreed to strengthen the political bloc’s external borders. 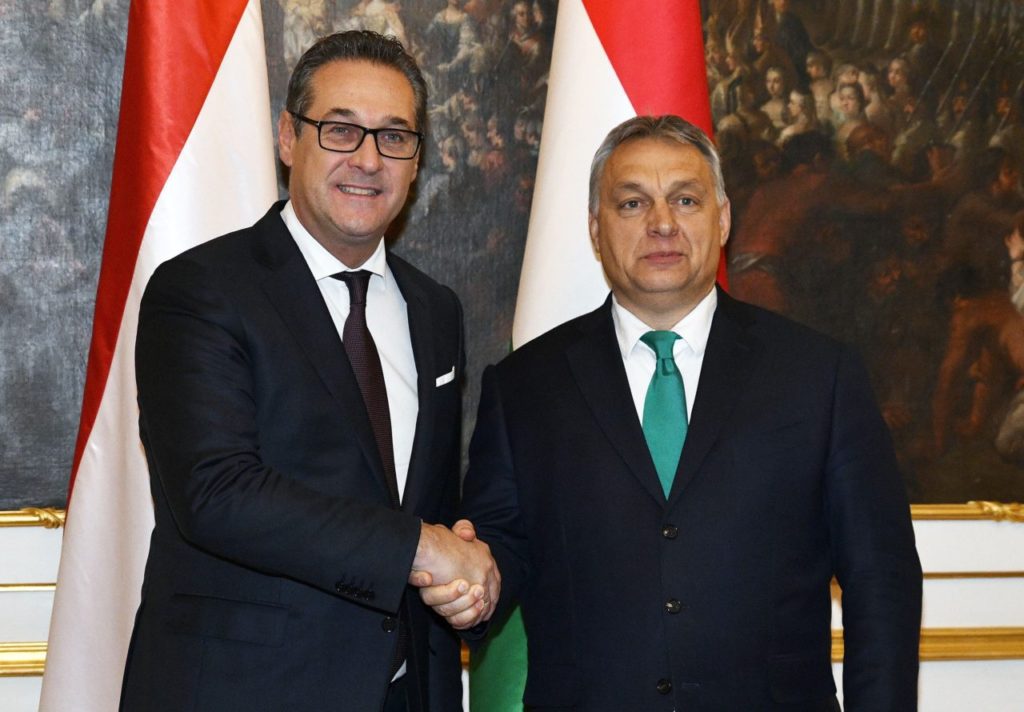 Orbán also met with the populist leader of the Freedom Party Heinz-Christian Strache and during a separate press conference said the new conservative-populist coalition would mark a restart in relations after what Orbán considered an “anti-Hungarian” government during the migrant crisis.