The BBC’s “well-funded” attempt to update and remake of one of their own best-regarded ever productions has backfired, with the first episodes of Civilisations being panned by critics — including the BBC’s own arts editor who dismissed it as a “tepid dish of the blindingly obvious”.

Self-described as a “new landmark series” by the BBC in a clear attempt to cling to the glory of BBC 2’s 1969 Civilisation: A Personal View — one of the first British documentaries to be shot in colour and a major cultural event of the time — the new Civilisations has been attacked by disappointed critics including the BBC’s own Will Gompertz.

Gompertz, The BBC arts editor castigated the new series as a “confused and confusing” documentary “designed by committee”, which despite having had cash lavished upon it and a high level of technical accomplishment in camera work and location shoots, failed to present nuance or a coherent argument.

Britain's great Gothic masterpiece. Appreciate what we have because we've already lost so much. I wrote this a year ago and it remains pertinent:
Art of Britain’s Parliament Tell Story of Great Christian Nation That Revisionists Would Erase https://t.co/1lPcbjn25V pic.twitter.com/9ysqa2SNs1

While the original Civilisation was an epic tale of the Christian roots of Western civilisation — and so was, according to Gompertz, an “old-fashioned, patriarchal, white, western, male view of human cultures and creativity” — Civilisations has differentiated itself by adding a singular ‘S’ to the title and so embarked upon an appraisal of all human art, and treating all as equal.

Criticising the series for being in hock to the progressive imperative to bow to cultural relativism, The Times’s review calls Civilisations a “ghastly progressive sports day where all must have prizes”.

The new series comes in contrast to the distinct vision of the creator of the original Kenneth Clark — made Lord Clark in later life for his services to art history — who said “it may be difficult to define civilisation, but it isn’t so difficult to recognise barbarism”. 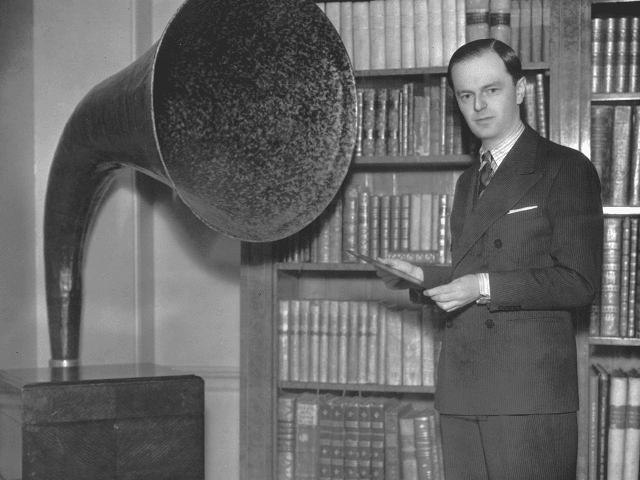 A young Lord Clark in 1934: Art historian Kenneth Clark who held the positions of the Surveyor of The King’s Pictures and Director of the National Gallery simultaneously, but is most famous for his television series ‘Civilisation’ / Sasha/Getty Images</>

Also coming in for criticism was the BBC’s approach to beauty, The Times reporting: “In the second episode, the Ancient Greeks get a stern dressing down from Mary Beard because their ideal of beauty (which Clark reckoned was “the most extraordinary creation in the whole of history”) discriminates against fat people. I’m not making this up.”

The criticism comes in stark contrast to the original series — recently remastered from the original film prints into high definition — which Gompertz noted had “a clarity, structure, and coherent argument that made them fascinating to watch and easy to follow”. The BBC’s Civilisations, instead, had made a bid to be more accessible and relevant to a modern audience — dumbing down — and in doing so rendered itself redundant.

As The Times’ James Marriott observed: “[Lord Clark] treated his viewers like intelligent people and told them what he thought. He didn’t think the secrets of culture needed to be hidden away lest they got into the wrong hands. Clark’s show is the most egalitarian telly ever made… To watch Civilisation is to be filled with joy and pride to be a member of that much-maligned species Homo sapiens. To watch Civilisations is to feel confused and a bit irritated.”