Liberal Democrat leader Sir Vince Cable faced humiliation in Brussels after showing up for the EU summit claiming eight European leaders were backing his call for another vote on Brexit — when in fact none of them did.

The 74-year-old former Business Secretary was ousted from the House of Commons during the 2015 General Election, which saw his party reduced to a pitiful rump as a result of its coalition deal with the Tories under David Cameron.

A lifelong EU loyalist, he nevertheless appeared willing to accept the public vote to Leave the European Union while in the political wilderness, even penning an article conceding that Free Movement was bad for British workers in fields like building and the taxi trade. 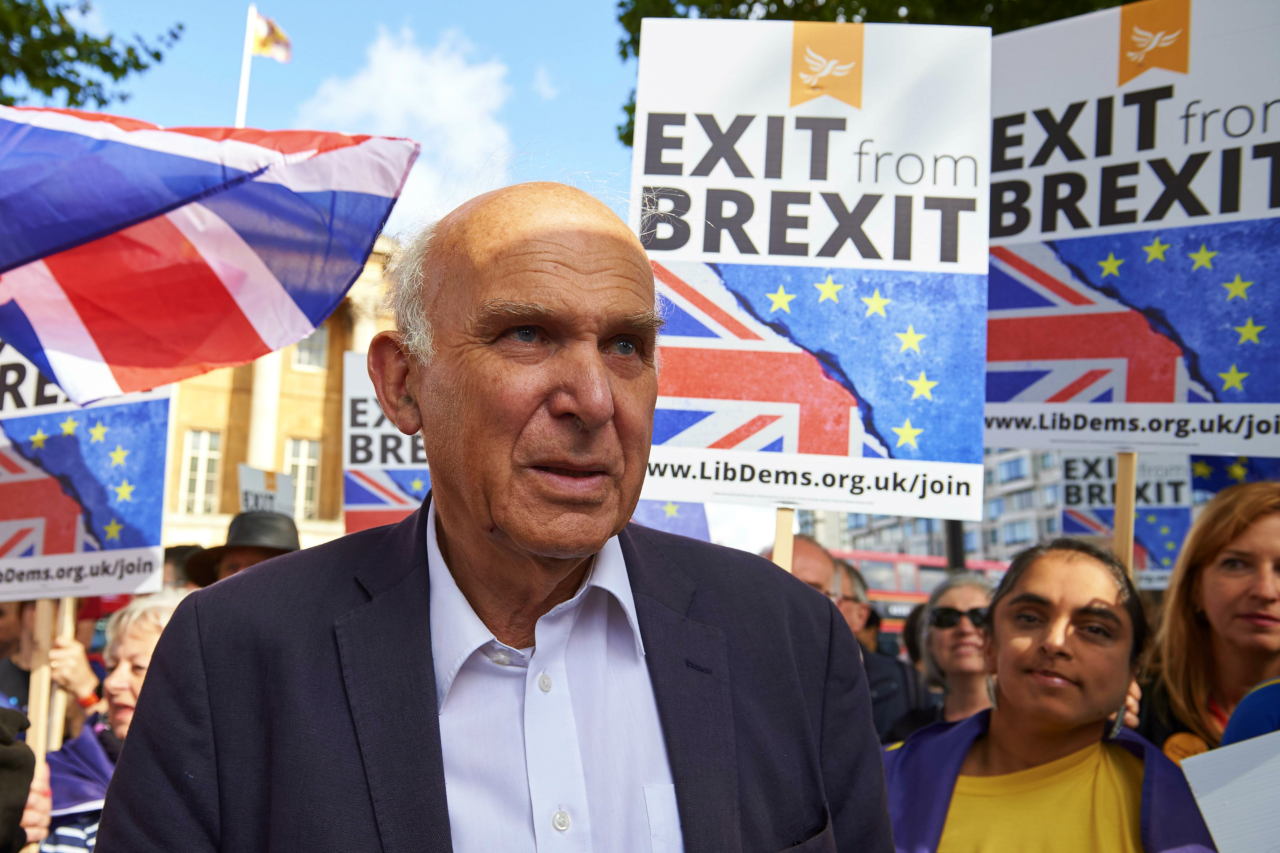 Liberal Democrat leader Vince Cable walks with Pro-EU demonstrators on a march through central London during the People’s March for Europe on September 9, 2017. (NIKLAS HALLEN/AFP/Getty Images)

It was against this background that Sir Vince headed to Brussels claiming the leaders of Czechia, Luxembourg, Slovenia, Belgium, Denmark, Estonia, Finland, and the Netherlands had backed a Lib Dem statement calling for another referendum on Brexit — a move which led to accusations the MP for Twickenham was colluding with foreign politicians to sabotage the original result, but at least gave the impression he was a player on the European stage.

Supposedly agreed over a working lunch between Sir Vince and several liberal-leaning prime ministers, the statement read: “We regret Brexit, but acknowledge the choice made by British voters for the UK Government to negotiate withdrawal. We further acknowledge and support the Liberal Democrats’ call for the British people to have the final say on the Brexit deal.”

But the Alliance of Liberals and Democrats for Europe group (ALDE) Euro-group, to which all the relevant leaders belong, shot down the Lib Dem claim in flames, asserting bluntly: “At the leaders meeting of March 22nd no statement has been agreed upon or released.”

An ALDE source suggested someone on Sir Vince’s end had “obviously decided to become a little bit creative in London after the meeting”, while a diplomat for one of the countries named asked: “Why in the world would we do something like that? It looks pathetic.”

If you thought you were having a bad day, spare for a thought for Sir Vince Cable – @Nigel_Farage pic.twitter.com/ftxdb6EPeD

“So actually, Vince, you’ve turned up, you’ve got off Eurostar, you’re coming in for a big grand entrance because you’ve got eight prime ministers that are going to support you — that’s what your press office have put out this morning — and actually, none of them do,” observed Brexit campaign leader Nigel Farage on his LBC show.

“Well, I’ve seen lots of mess ups, lots of failures in politics — I’ve been involved in a few of them — but my boy, this is a disaster for Sir Vince Cable.”