Polls agree on the triumph of Orban’s right-wing conservative Fidesz party and its allied Christian Democrats, but a splintered opposition and Hungary’s complex electoral system make the exact margin of victory hard to predict.

In all, 199 seats in parliament are up for grabs. Opposition parties are keen to make sure that Orban’s bloc does not sweep to a super-majority in which the autocratic leader could easily push through constitutional changes.

According to the National Election Office, 2.35 million voters had cast ballots by 11 a.m. (0900 GMT), or 29.93 percent of those eligible. That was the highest turnout figure for that hour since at least 1998.

“We are celebrating democracy and it seems like this feast will be beautiful because many of us are taking part,” said Gergely Karacsony, the leading candidate of the left-wing Socialist and Dialogue parties.

Analysts, however, were more cautious about the significance of the turnout.

“It’s for sure that a low turnout would only have favoured Fidesz” and its highly committed voters, said Gabor Gyori, a senior analyst at political research institute Policy Solutions. “Opposition politicians are right to be glad about high turnout, but it does not mean that anything has been decided.”

Gabor Vona of the nationalist Jobbik party urged his supporters not to become complacent.

“Figures show that it will be an election with a high voter turnout. But this is not the time to sit back,” Vona said after voting his home city of Gyonygyos in northern Hungary. “This is when all those who want a change of government … ask all those who have yet to vote to by all means go and vote.” 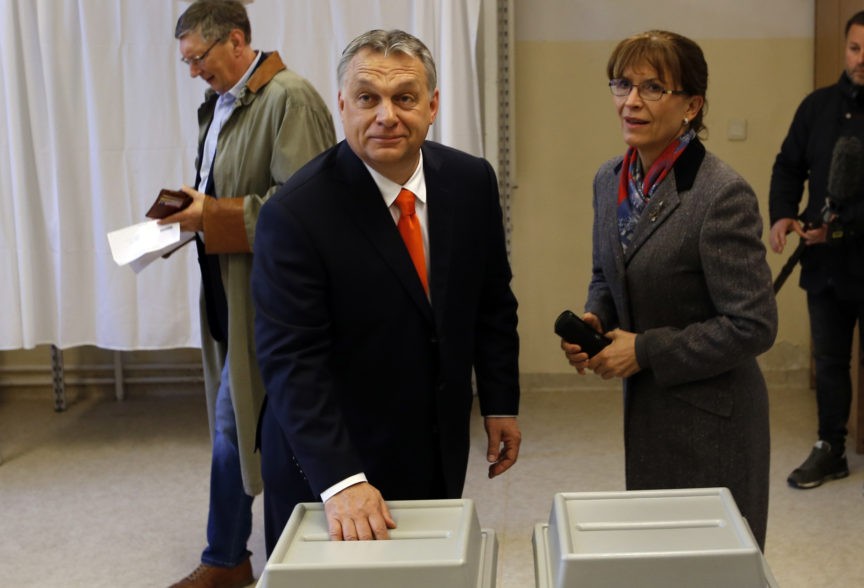 Orban claims the opposition — collaborating with the United Nations, the European Union and billionaire financier George Soros — wants to turn Hungary into an “immigrant country,” threatening its security and Christian identity.

The opposition denies Orban’s accusations. Vona said the question was not about migration but about the large number of Hungarians who were leaving the country and heading to Western Europe in search of higher wages and better prospects.

Uncertainties about Orban’s margin of victory are caused by Hungary’s complex electoral system in which voters cast two ballots, one for an individual candidate in their region and another for a party list.

Opposition parties have urged Hungarians to vote tactically for the opposition candidate with the best chance to defeat the Fidesz candidate in the 106 individual districts — but it’s not clear how much impact that will have. Another 93 seats will be distributed based on votes for entire party lists.

Some 8.3 million Hungarians are eligible to vote, with preliminary results expected Sunday night.

Andras Nagy contributed to this report.