A candlelit vigil was held outside the Vatican as the parents of Alfie Evans said that they would cease fighting to bring their son home and would work with the hospital to give him “dignity and comfort”.

Tom Evans, 21, said that the family would no longer be issuing statements and appealed to all those who had turned out for weeks and nights to pray and protest for their son to return to their everyday lives.

On Thursday night, Members of the Italian association Comitato Articolo 26 took part in the Novena vigil prayer for Alfie at St Peter’s Square at the Vatican. Protests were also reported in Poland, Northern Ireland, and the United States. 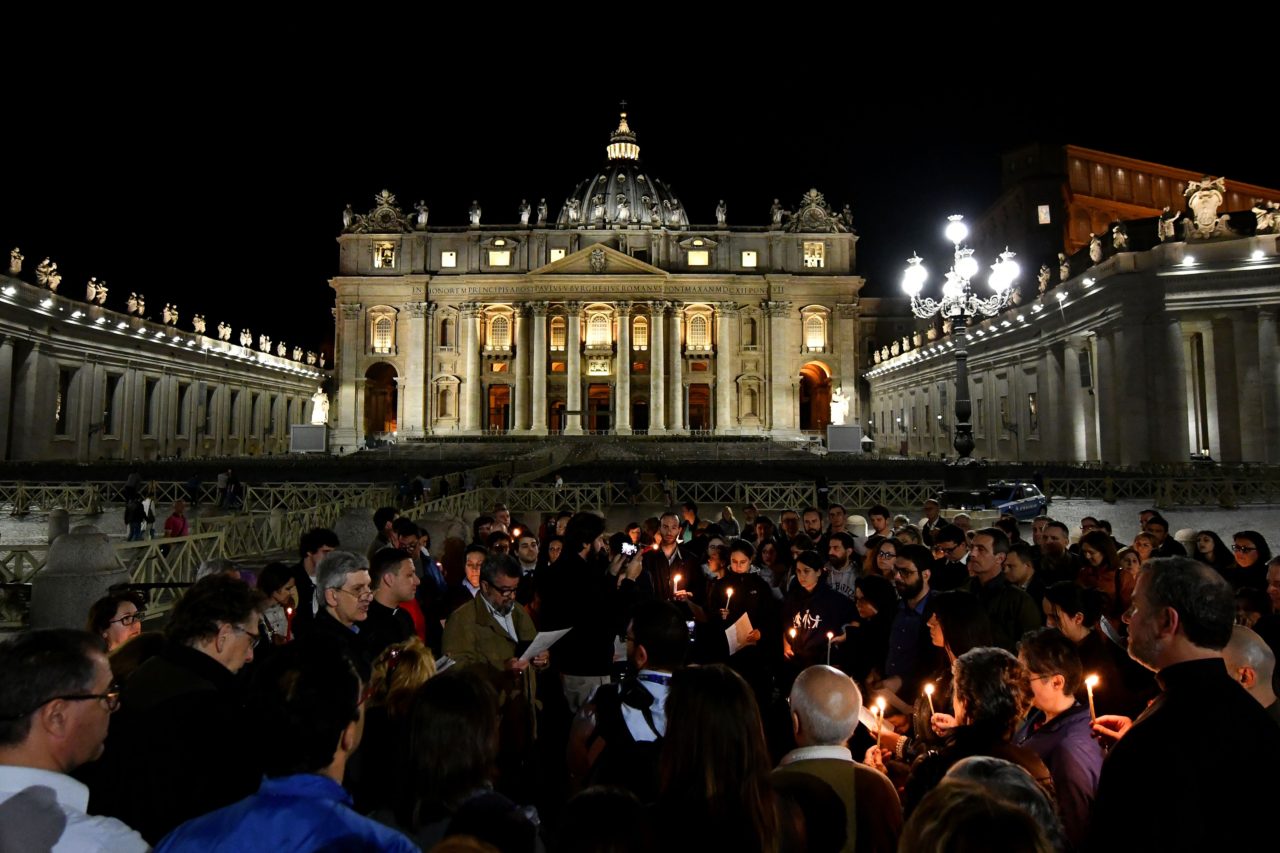 The same evening, Mr. Evans addressed media outside of Alder Hey Children’s Hosptial, Liverpool, North-West England, saying: “We are very grateful and we appreciate all the support we have received from around the world, including form our Italian and Polish supporters, who have dedicated their time and support to our incredible fight.”

Alfie’s father signalled that he and his partner and Alfie’s mother Kate James would now be abiding by hospital recommendations, saying: “We would now ask you to return back to your everyday lives and allow myself, Kate, and Alder Hey to form a relationship, build a bridge and walk across it.” 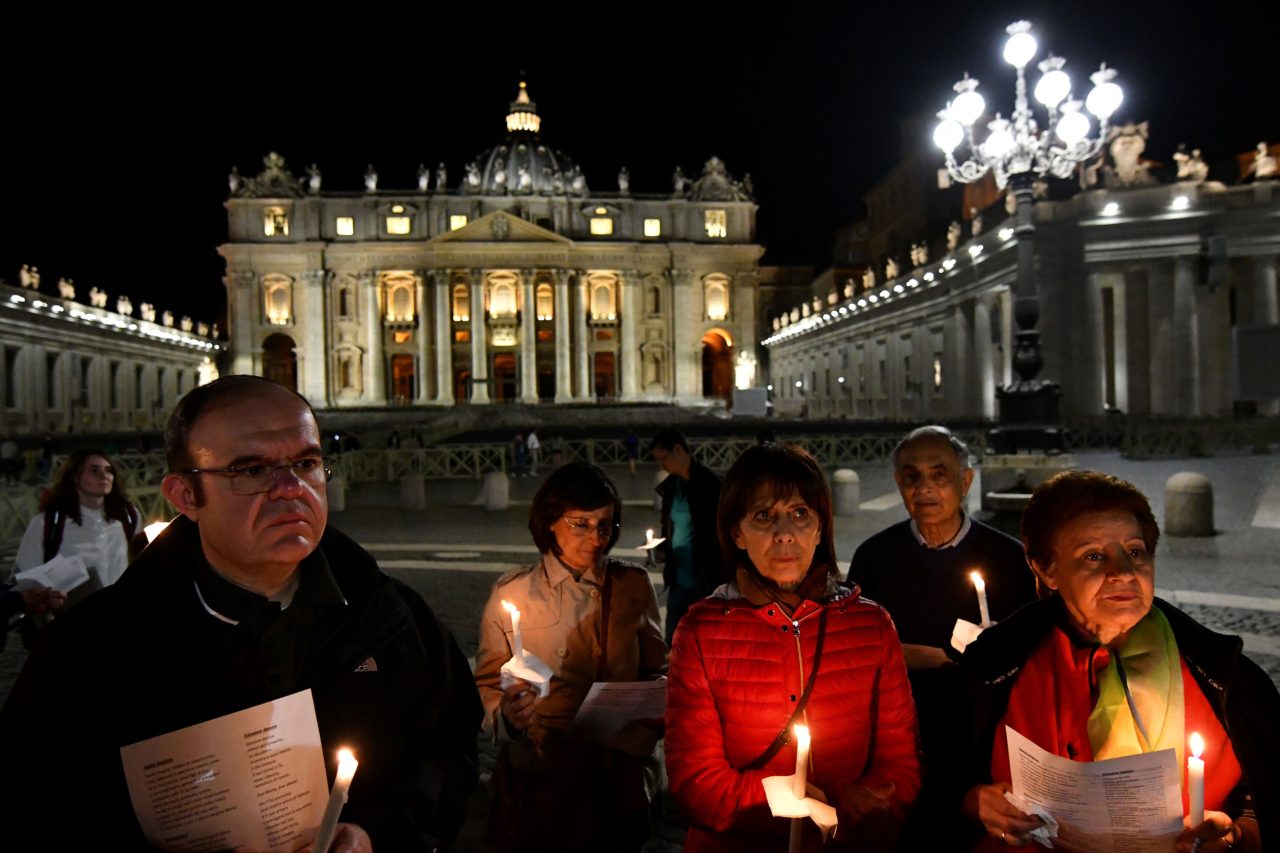 “We also wish to thank Alder Hey staff at every level for their dignity and professionalism during what must be an incredibly difficult time for them too.

“Together we recognise the strains recent events have put upon us all, and we now wish for privacy for everyone concerned.” 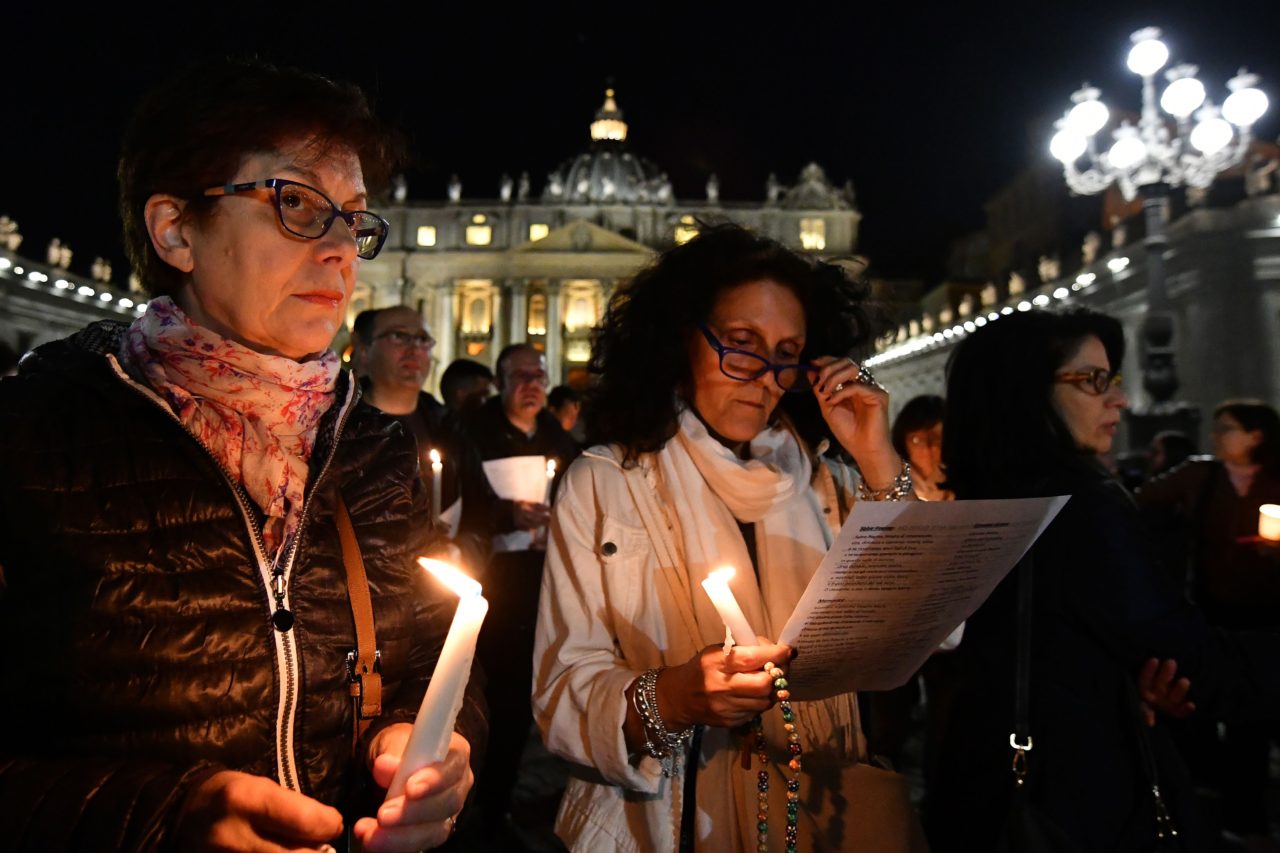 The 23-month-old toddler has an undiagnosed neurological condition and has been in a coma at the children’s hospital for over a year. Alfie’s parents had been fighting the courts -both in the UK and in the EU – for two months after the hospital decided it was in the child’s “best interests” to remove his life support and introduce palliative care.

“In Alfie’s interests we will work with his treating team on a plan that provides our boy with the dignity and comfort he needs,” Alfie’s father continued.

“From this point onwards there will be no more statements issued, or interviews given.

“We hope you respect this,” Mr. Evans concluded. 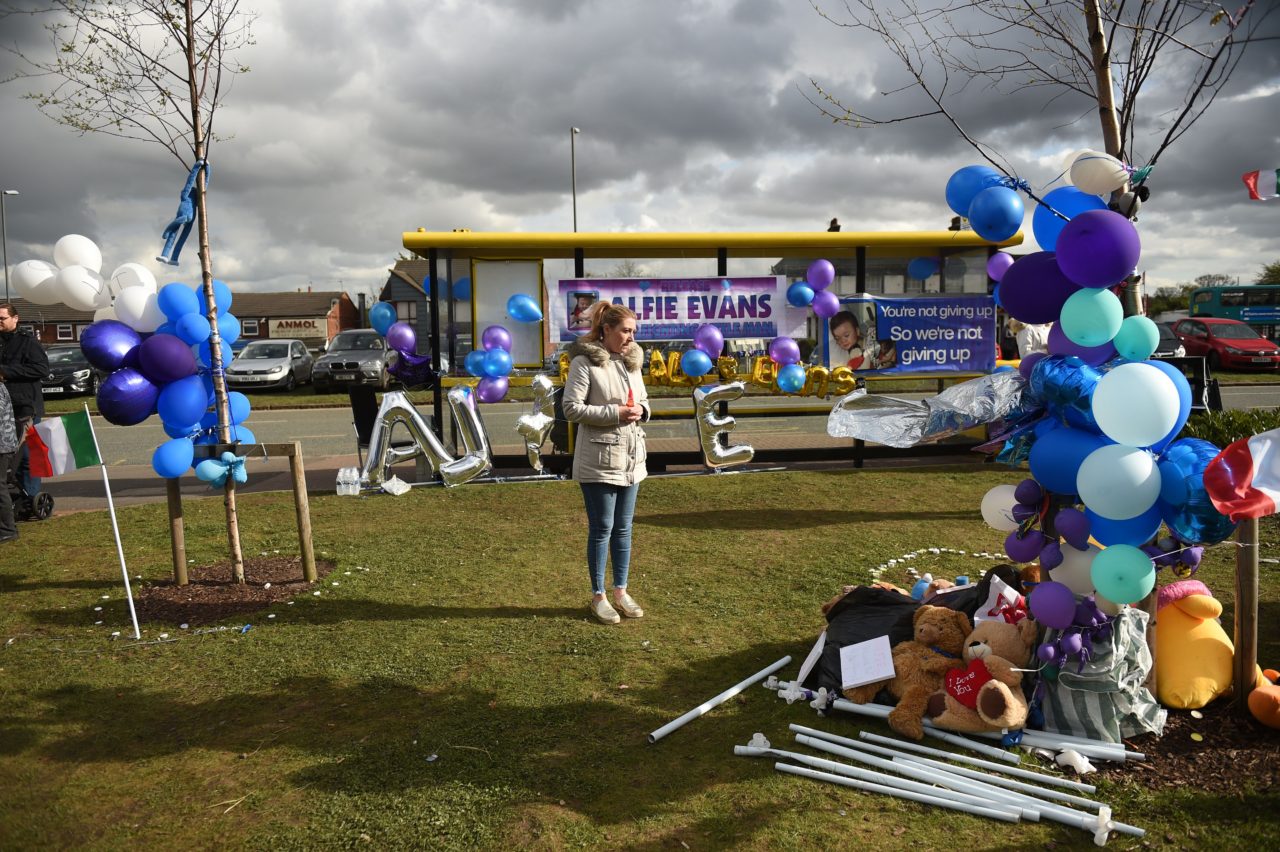 A woman looks at a collection of balloons and children’s toys, left by supporters of British toddler Alfie Evans, opposite Alder Hey Children’s Hospital in Liverpool, north-west England on April 26, 2018. (Photo by Oli SCARFF / AFP/Getty)