BERLIN, Germany: Ambassador Richard Grenell expressed nothing but praise for President Trump, Mike Pence, and John Bolton, during an interview with Breitbart London, describing what it is like to be the most prominent openly gay diplomat in the history of the United States.

The Ambassador told Breitbart London about his experiences of being openly gay, both as a member of the Republican Party and in his new role which he began in early May.

“I’m certainly proud of it. I kind of think it shouldn’t be a big issue but I get the enormity of it because I do have in my wake, positions that didn’t work out because I was gay,” Grenell said and thanked both President Trump and Vice President Mike Pence for refusing to “listen to the haters”.

“It’s never been an issue for President Trump. He communicated that very early on which is another reason I was wildly excited about his candidacy,” he said.

Grenell, who is possibly the most high-powered openly gay diplomat in the world, has a forthright style and robust social media presence similar to President Trump.

Things were not the same before the coming of Trump, Grenell said, noting that he had been involved with the Republican Party since the re-election campaign of former President George H.W. Bush in 1992.

“I’ve been going to every convention for the Republicans since 1992 and so I’ve seen every convention improve and get better,” he said remarking that he was “standing on the shoulders of giants” acknowledging people like Rich Tafel, former Arizona congressman Jim Kolbe, and former Wisconsin congressman Steve Gunderson.

Describing his experience within the U.S. conservative movement, Grenell said: “I watched it from a front-row seat going from people privately telling me ‘I’m with ya’ to not being able to say it publicly or there were times at Republican Conventions that if you were seen as too good of a friend with Rick Grenell well you probably were gay.”

Grenell blasted the 2012 presidential campaign of former Governor Mitt Romney saying: “I do think that the disastrous decision on the Romney campaign to tell me ‘you should stay silent until this blows over’ was a real leadership moment for a lot of people.” 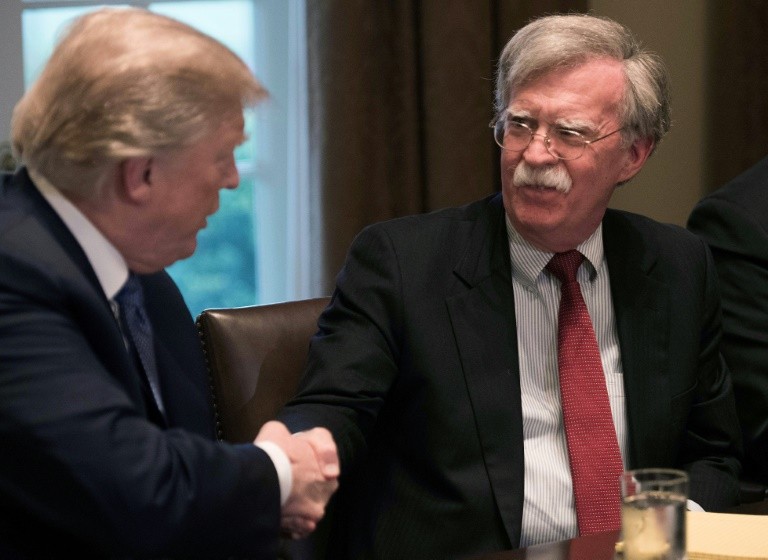 Singling out National Security Advisor John Bolton, Grenell said: “In 2005, John Bolton spoke at the Log Cabin convention in San Diego as the U.S. ambassador to the UN, hardly a peep from the media.”

“He was the main speaker. He was for gay marriage. He was for gays serving in the military even back then, long before many of the Democrat politicians embraced it. Well before,” he added.

“You know, and he would call himself a very consistent conservative, consistently for small government, more personal responsibilities, so I’m very grateful for people like John who, you know, have always encouraged me on my skill set regardless of the political winds.”

President Trump has also been a supporter of the Log Cabin Republicans, a group which represents LGBT Republicans, recently issuing an official statement congratulating the group on its 40-year anniversary.