Veterans who were among those soldiers who stormed the Normandy beaches during the D-Day landings are meeting to commemorate and remember the battle, the liberation of Western Europe, and their fallen comrades.

Former troops from the United Kingdom, the United States, and Canada joined others from around the world including the former British Empire, France, and Poles as they have done every year to remember the opening battle of the European campaign fought between 1944 and 1945. Commemorations began Tuesday, the day before the battle’s anniversary, with ceremonies at the Pegasus Bridge museum and military graveyards in Normandy, Nothern France. 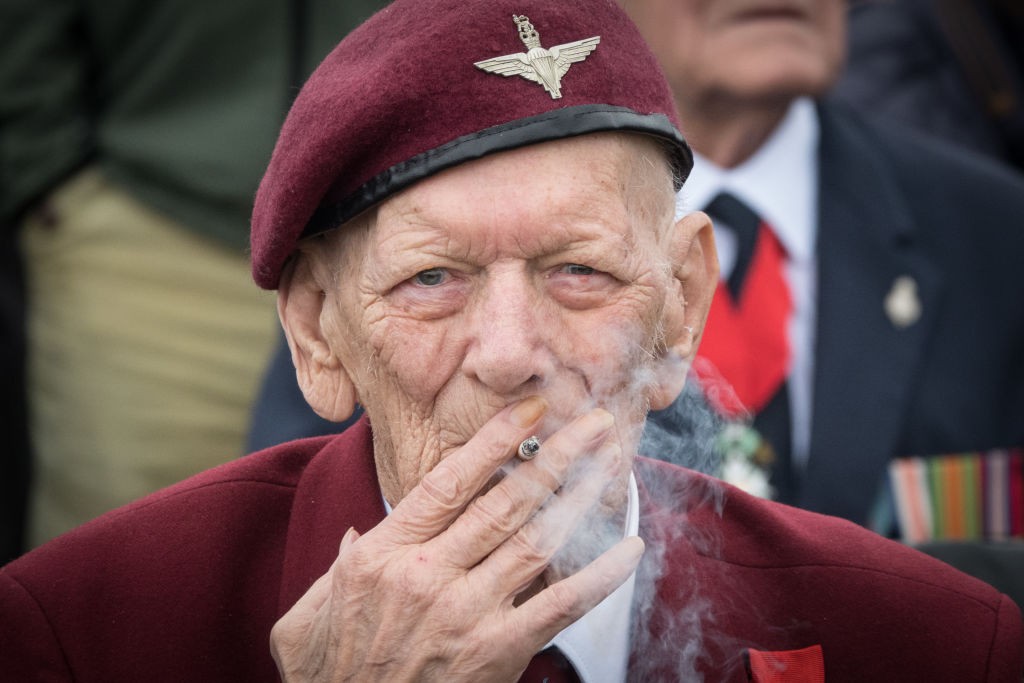 Ray Shuck, 95, who was a paratrooper on D-Day and was later shot in the head by a German sniper smokes a cigarette as Normandy veterans attend a wreath laying ceremony at the Tactical Air Force Memorial besides Omaha Beach at Vierville-sur-Mer in Normandy on June 4, 2018 near Bayeux, France. / Photo by Matt Cardy/Getty Images 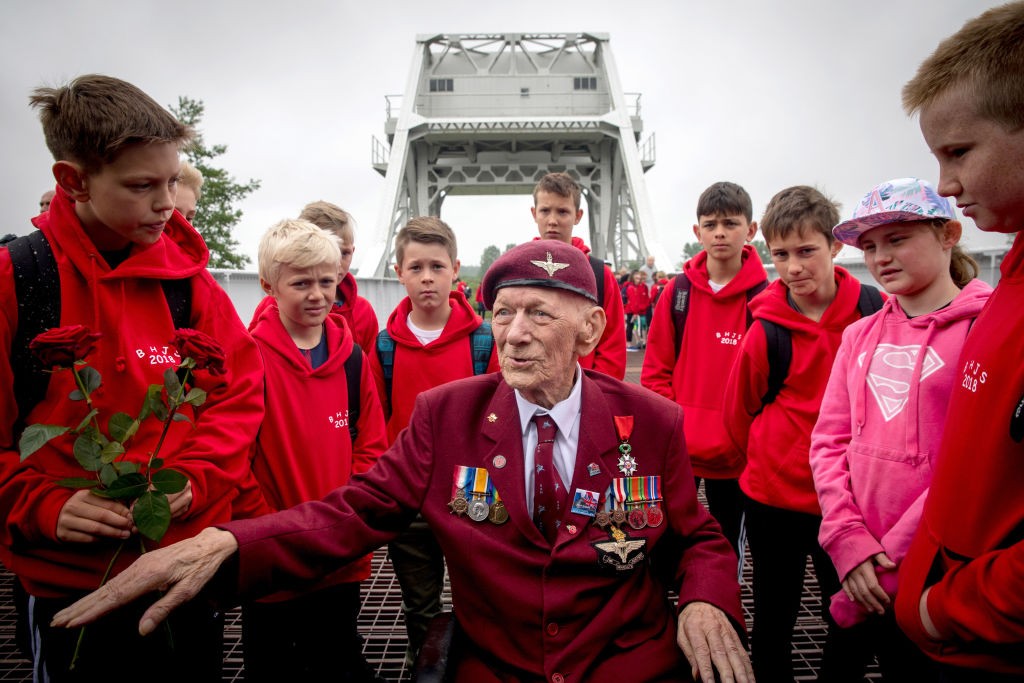 Over 300,000 Allied troops in front line and support roles launched the counter-invasion of France with a combined sea, land, and air assault on June 6th, 1944. While the majority of soldiers landed on the Normandy bneaches, special forces troops including British paratroopers made precision landings behind enemy lines at locations including the Bascule bridge over the Caen canal, a location which came to be known as Pegasus Bridge.

The operation prevented German armour being rushed to the front to repel the landings and remain one of the most imagination-capturing battles of the war. 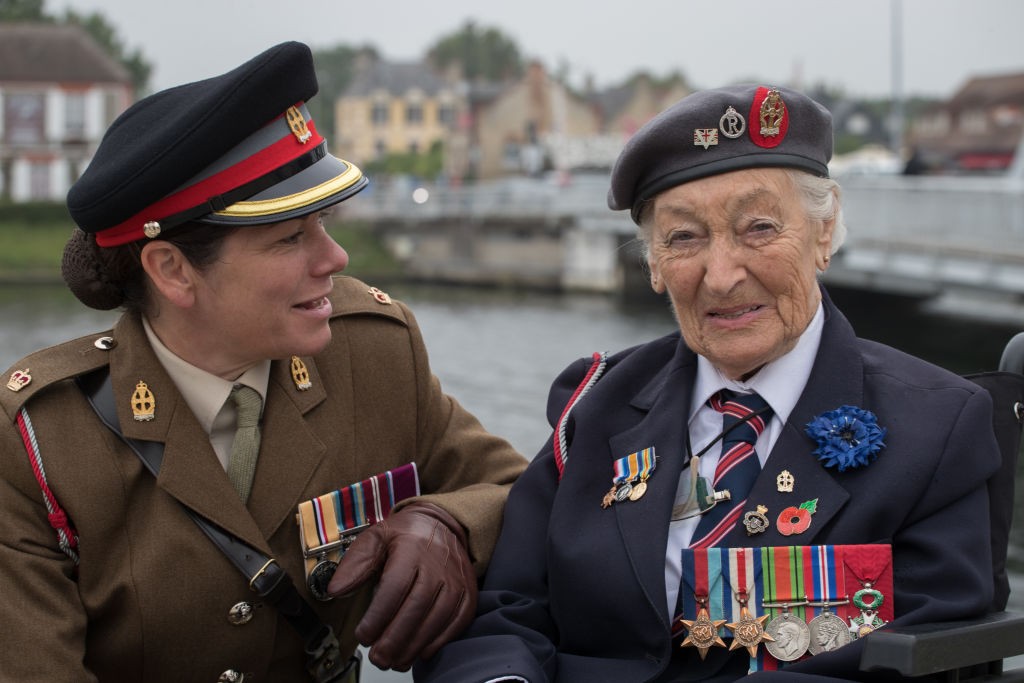 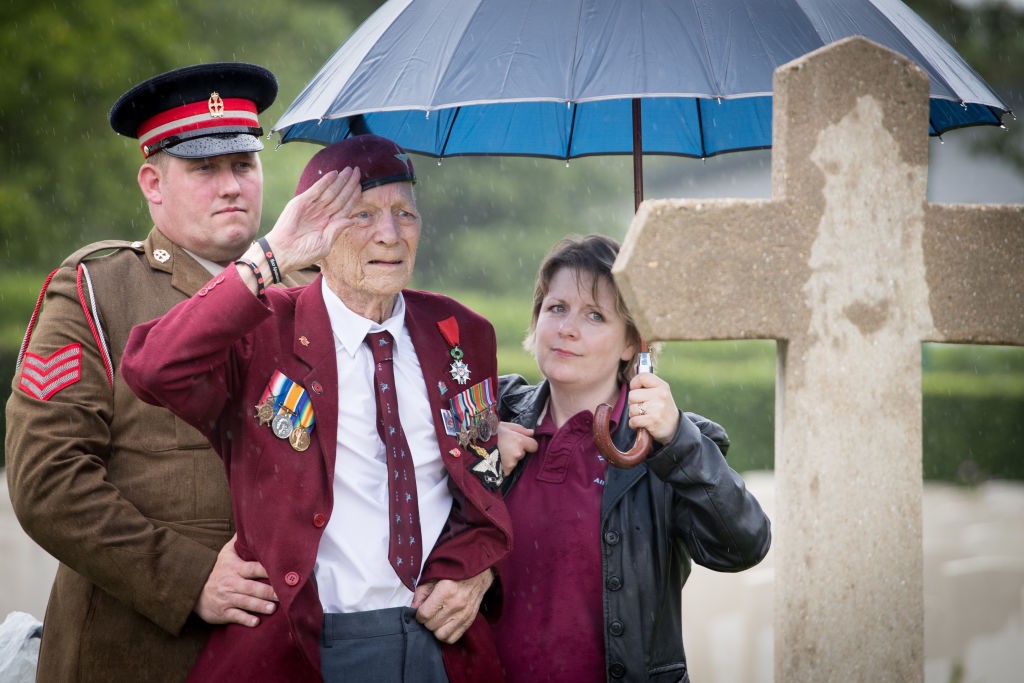 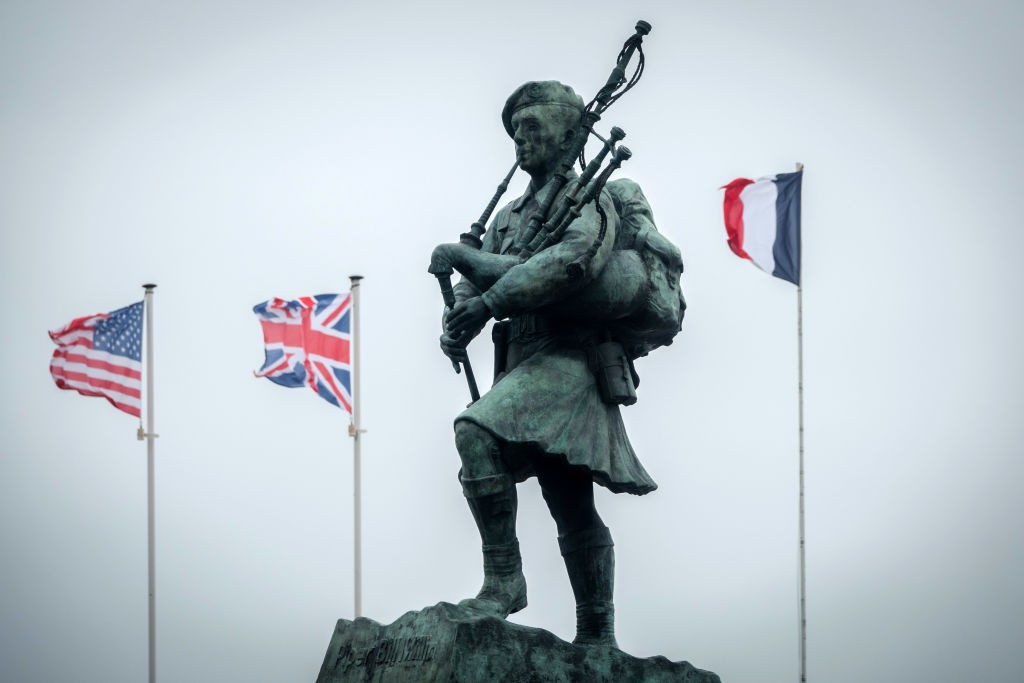 Flags flutter behind the Bill Millin Memorial on Sword Beach in Colleville-Montgomery, on June 5, 2018 near Caen, France. Photo by Matt Cardy/Getty Images 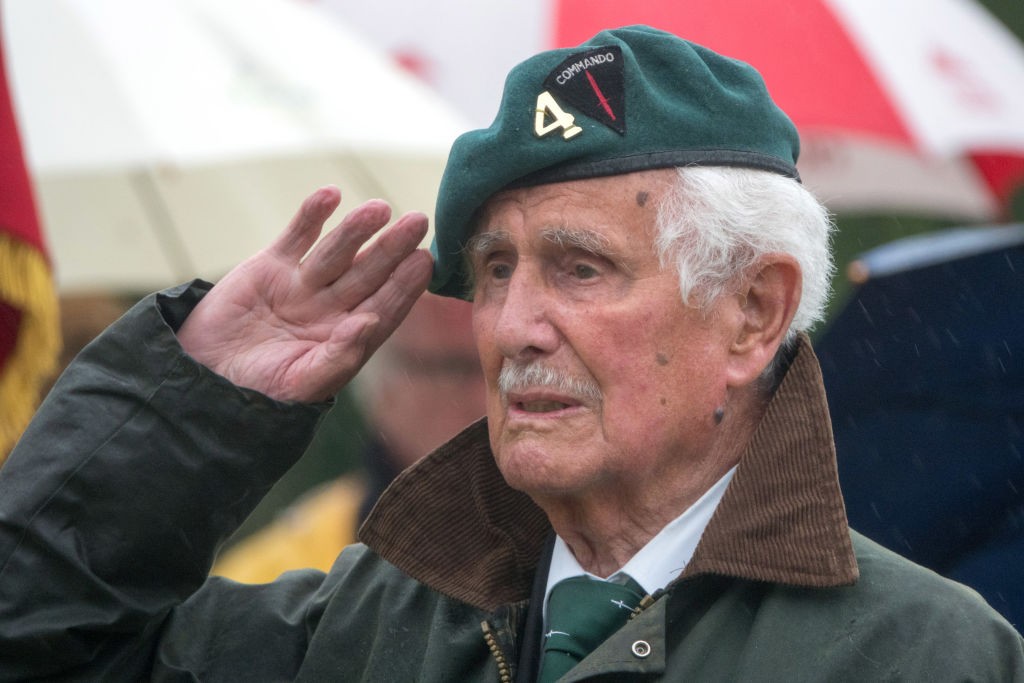 Roy Maxwell, 96, who was in 4 Commando and landed Sword Beach on D-day salutes during a service at Hermanville War Cemetery in Colleville-Montgomery, on June 5, 2018 near Caen, France / Matt Cardy/Getty Images 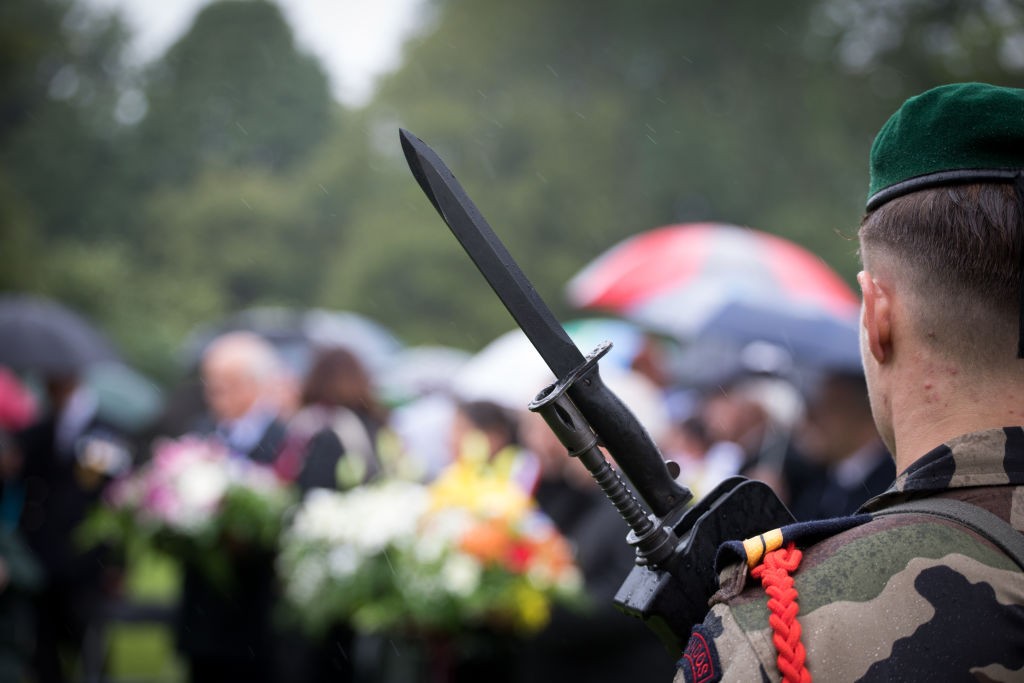 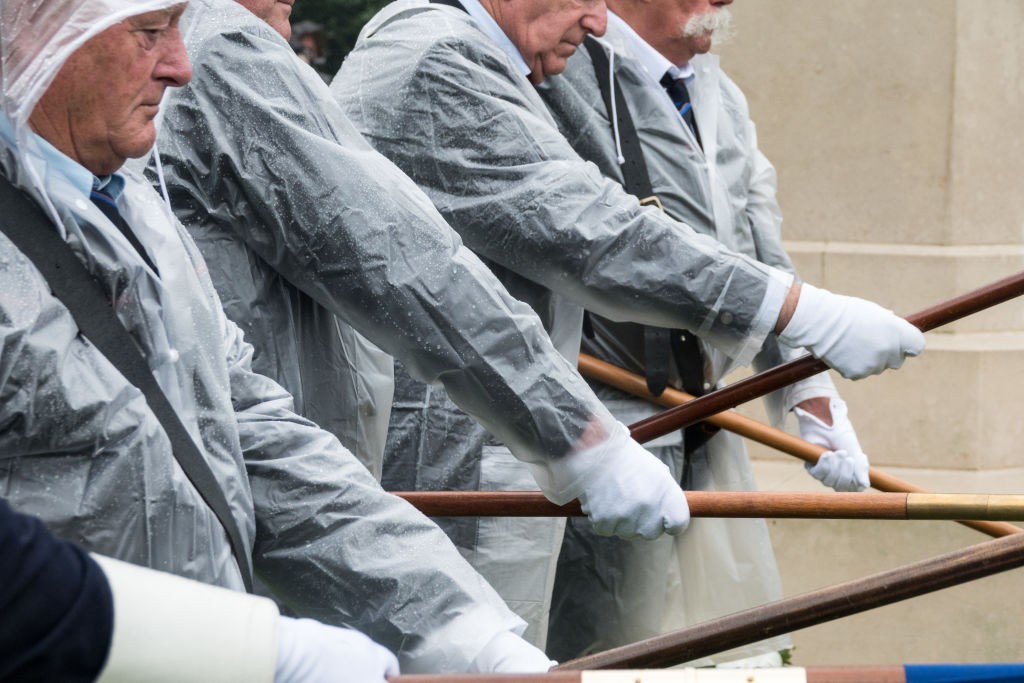 Rain drops collect on a the plastic ponchos of the standard bearers during a service at Hermanville War Cemetery in Colleville-Montgomery, on June 5, 2018 near Caen, France. / Matt Cardy/Getty Images