PARIS (AP) — A man linked to the sprawling Islamic State network that carried out deadly attacks in Brussels and Paris is facing new charges.

A French judicial official said Osama Krayem was charged Monday with a series of terrorism offenses in the November 2015 attacks in Paris, including participating in a terrorist organization, explosives manufacturing, terrorist murders and false imprisonment. The official spoke on condition of anonymity to discuss the French charges. 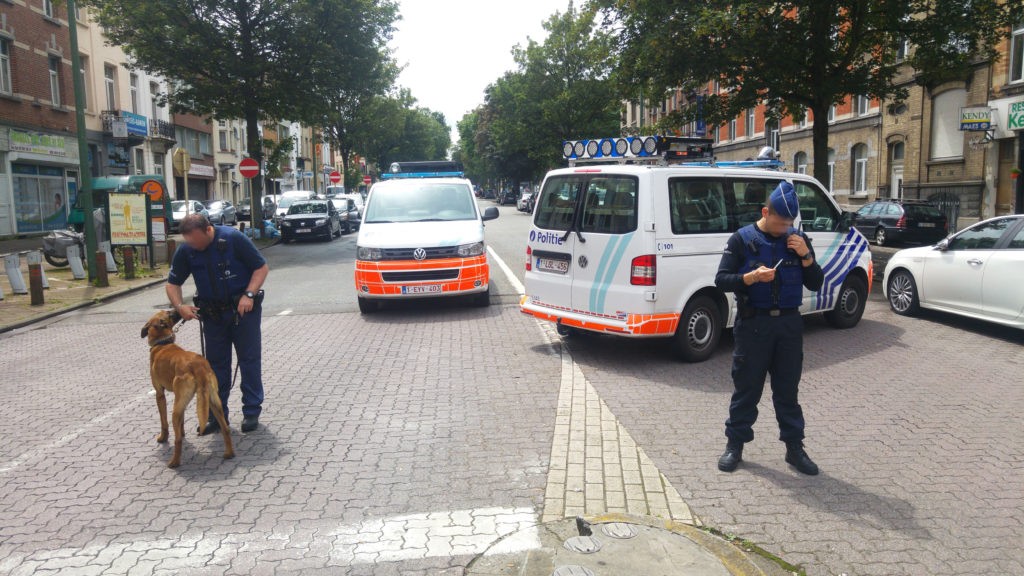 A picture taken with a smartphone on June 17, 2016 shows Belgian police officers standing guard in the Kazernelaan – Avenue des Casernes, in the district of Etterbeek, in Brussels, where terrorists Osama Krayem and Khalid El Bakraoui lived before the attack of the Maelbeek – Maalbeek subway station. (LAURIE DIEFFEMBACQ/AFP/Getty)

Krayem, who Belgian prosecutors say was directly involved in the suicide attack on the Maelbeek subway station in Brussels, grew up in Sweden before he started posting photos on social media from Syria.

The suspect appeared briefly Monday before a judge in France before being returned to custody in Belgium, where he also faces charges.