President Donald J. Trump has called allies who have failed to spend the minimum two percent GDP on defence “delinquent” at the NATO breakfast meeting in Brussels, Belgium, on Wednesday.

“Many countries are not paying what they should, and, frankly, many countries owe us a tremendous amount of money from many years back,” Mr. Trump said at the breakfast with NATO Secretary-General Jens Stoltenberg at the residence of the U.S. ambassador to Belgium.

“They’re delinquent, as far as I’m concerned, because the United States has had to pay for them,” President Trump added.

Secretary-General Stoltenberg agreed with the President’s point, saying that the “burden” should be shared.

During a brief presser with President Trump beforehand, Stoltenberg told media that “NATO has to invest more in defence and that is exactly what they are doing. That will be the main topic of discussion — to make further progress on ‘burden-sharing’.”

Highlighting the insufficient contributions to the defence alliance, President Trump remarked: “Over the last year, more than $40 billion has been given by other countries to help NATO, but that’s not nearly enough.

“The United States is paying far too much and other countries are not paying enough – especially some,” the President said in a thinly veiled criticism of Germany which is intransigent on raising spending.

“So we’re going to have a meeting on that and the Secretary-General has worked very hard on that. He understands the problem and hopefully, we can get it resolved.”

With Stoltenberg nodding several times in agreement, President Trump added: “For decades. For decades it’s not been fair to the taxpayers of the United States and we’re going to make it fair.”

Many countries in NATO, which we are expected to defend, are not only short of their current commitment of 2% (which is low), but are also delinquent for many years in payments that have not been made. Will they reimburse the U.S.?

“I want to compliment the Secretary-General. He’s worked very hard on this problem. He understands it better than anybody,” the President said.

Stoltenberg had recently set a low bar for NATO allies to increase their spending, writing in the Wall Street Journal this week that just eight out of 29 nations were expected to hit the minimum this year and a “majority” were expected to by 2024.

Before heading out to Europe for a seven-day multi-nation trip on Tuesday, President Trump tweeted that “the U.S. is spending many times more than any other country in order to protect them. Not fair to the U.S. taxpayer.”

The President has reserved special criticism of Germany which spent just under 1.2 percent of GDP on military defence, and only intends to raise that share to 1.5 percent in 2024, continuing to baulk at requests to increase spending. 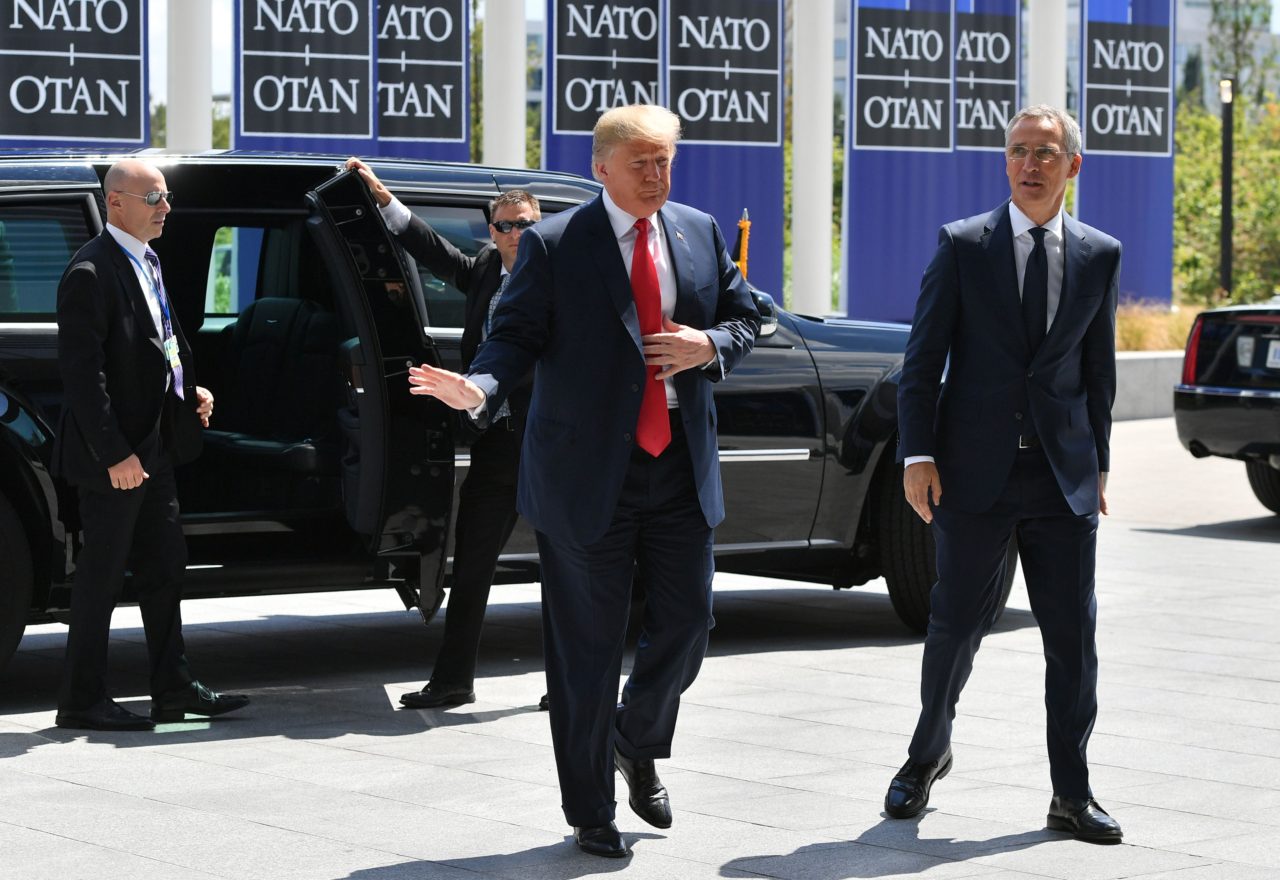