A new investigation has revealed that of ten Somali pirates who were found guilty of raiding a German ship, five ended up becoming “tolerated” asylum seekers living off German state handouts.

In 2012 the ten Somali pirates were found guilty of hijacking the German container ship Taipan back in 2010 and were sentenced to various sentences in a process that cost the German state more than a million euros, Die Welt reports.

Following the trial, not much was said or known about the fate of the Somali pirates until spring of this year when the anti-mass migration Alternative for Germany (AfD) made an inquiry in Hamburg to find out what had happened to them as both the underage and adult pirates had served their prison sentences. 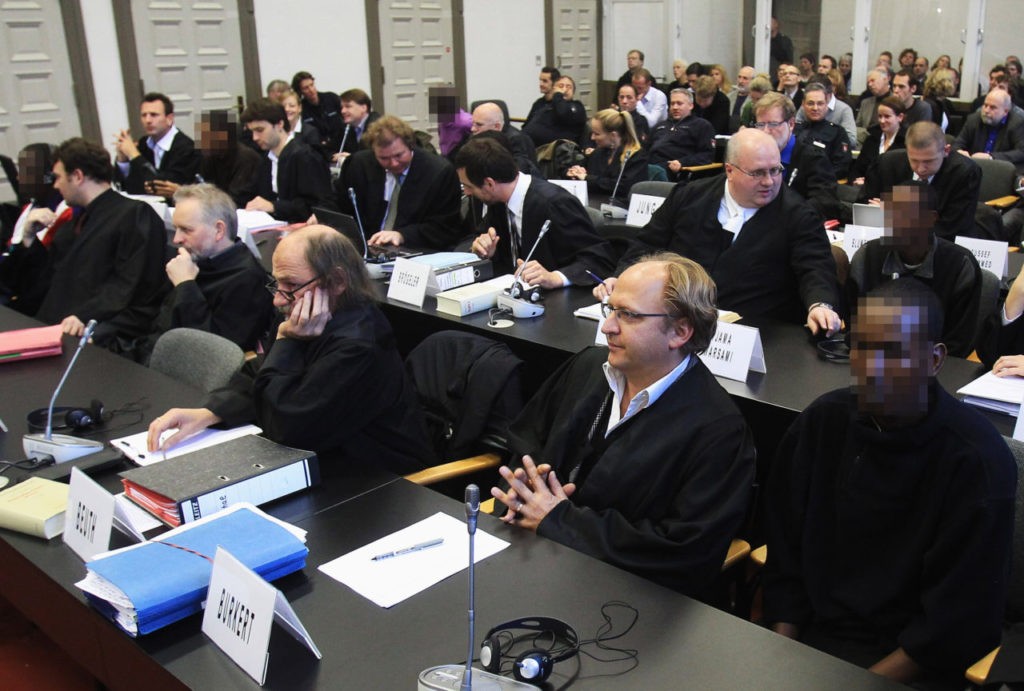 The accused Somalis and their lawyers are seen before the opening of the trial against Somali pirates at Hamburg Regional Court on November 22, 2010, in Hamburg, Germany.  (Photo by Joern Pollex/Getty Images)

According to the Hamburg senate, four of the men returned to Somalia, one travelled to Sweden while the remaining five applied for asylum in Germany.

While all five had their asylum claims rejected, none face deportation due to not having passports, a refusal from Somalia to issue passports, and no direct flights to the country.

On condition of anonymity, one of the pirates spoke to Die Welt saying he and others had been visited by pro-migrant open borders groups while in prison, and when they were released the underage pirates were able to go school and had some secondary education. The oldest, a man now in his forties, was unable to learn German and still lives in an asylum shelter.

The man, who Die Welt have named Abdi, said he was annoyed by the AfD inquiry, saying he felt people viewed him only as a pirate despite not having any problems with police since his release.

Abdi, who now has a wife and a young daughter, gets close to 1,000 euros a month from the German taxpayer, 350 euros going toward his accommodation.

“My child was born here and will grow up with me here,” Abdi said.

Deportations of failed asylum seekers, even criminal asylum seekers, have proven difficult for the German federal government, which has faced significant opposition from both left-wing activist groups as well as left-wing regional coalition governments.

Earlier this year the federal Interior Ministry claimed that few radical Islamic extremists were being deported, citing only ten extremists out of nearly 750 had been deported since 2017.