Establishment ‘conservatives’ and left-liberal politicians and journalists have rushed to condemn Brexiteer former foreign secretary Boris Johnson for his comments on the “ridiculous” burqa, branding him “Islamophobic” and even “racist” — but have not shied away from criticising the garment themselves in the past.

The two-time Mayor of London’s relatively mild comments on the full face veil — in which he opposed a ban on the garment, as a large majority of the public would like to see — were nothing new in the British public sphere, with even his comparison of wearers to “letterboxes” having been advanced by left-liberal outlets before.

The wife of former prime minister Tony Blair, also a practising Queen’s Counsel and part-time judge working under her maiden name Cherie Booth, hosted a briefing on ‘lifting the veil’ in 2001, as her husband was sending British forces into Afghanistan.

Press reports indicate Mrs Blair was critical of the garment, with a photograph accompanying a BBC account of the briefing showing her holding circled fingers up to her face like goggles in what appears to be an impression of a veiled Muslim woman.

Mrs Blair was still criticising face veils years later in 2007, remarking that “if you get to a stage where a woman is not able to express her personality because you can’t see her face, then you do start to have to ask whether this is something that is actually acknowledging the woman’s right to be a person in her own right.”

Guardian columnist and former BBC social affairs editor Polly Toynbee — the British left’s star journalistic attack dog before the era of Owen Jones and social media — was absolutely scathing about the burqa in 2001.

“Something horrible flits across the background in scenes from Afghanistan, scuttling out of sight. There it is, a brief blue or black flash, a grotesque Scream 1, 2 and 3 personified – a woman,” she wrote.

“The top-to-toe burka, with its sinister, airless little grille, is more than an instrument of persecution, it is a public tarring and feathering of female sexuality. It transforms any woman into an object of defilement too untouchably disgusting to be seen. It is a garment of lurid sexual suggestiveness: what rampant desire and desirability lurks and leers beneath its dark mysteries? In its objectifying of women, it turns them into cowering creatures demanding and expecting violence and victimisation. Forget cultural sensibilities.”

Back then, Toynbee felt confident enough in her position to anticipate her critics and dismiss them: “The pens sharpen – Islamophobia! No such thing,” she declared, much like the late Christopher Hitchens.

By 2018 the situation had clearly changed, with Toynbee complaining that the Tory Party had to come to the defence of Labour’s Sadiq Khan against alleged “racist attacks” from President Donald Trump, or else “confirm all Baroness [Sayeeda] Warsi says about deep racism and Islamophobia in their party”.

If Tory ministers and MPs don't step up and attack Trump's racist attacks on the London mayor, they confirm all Baroness Warsi says about deep racism and Islamophobia in their party

Have I Got News For You

Leftist actor and broadcaster Stephen Fry made a jibe very similar to Boris Johnson’s “letterbox” comment in an appearance of BBC current affairs comedy Have I Got News For You suggesting “I just posted something in that” as a caption for a picture of Prince Charles opposite a woman in a niqab.

Leftist comic Paul Merton subsequently chimed in with “Prince Charles is surprised when a pint of Guinness looks at him in a funny way.”

In 2006, Labour’s then-Justice Secretary wrote that he “felt uncomfortable about talking to someone ‘face-to-face’ who I could not see” when dealing with constituents wearing full face veils, and revealed that he would request they remove him for meetings with him.

He said he could not “recall a single occasion when the lady concerned refused to lift her veil”, adding that “most I ask seem relieved I have done so”.

While he received some pushback from hardline Islamist protestors, there was no sustained criticism of the Blairite MP in the mainstream media, and no public call for him to apologise for his conduct by the Prime Minister. 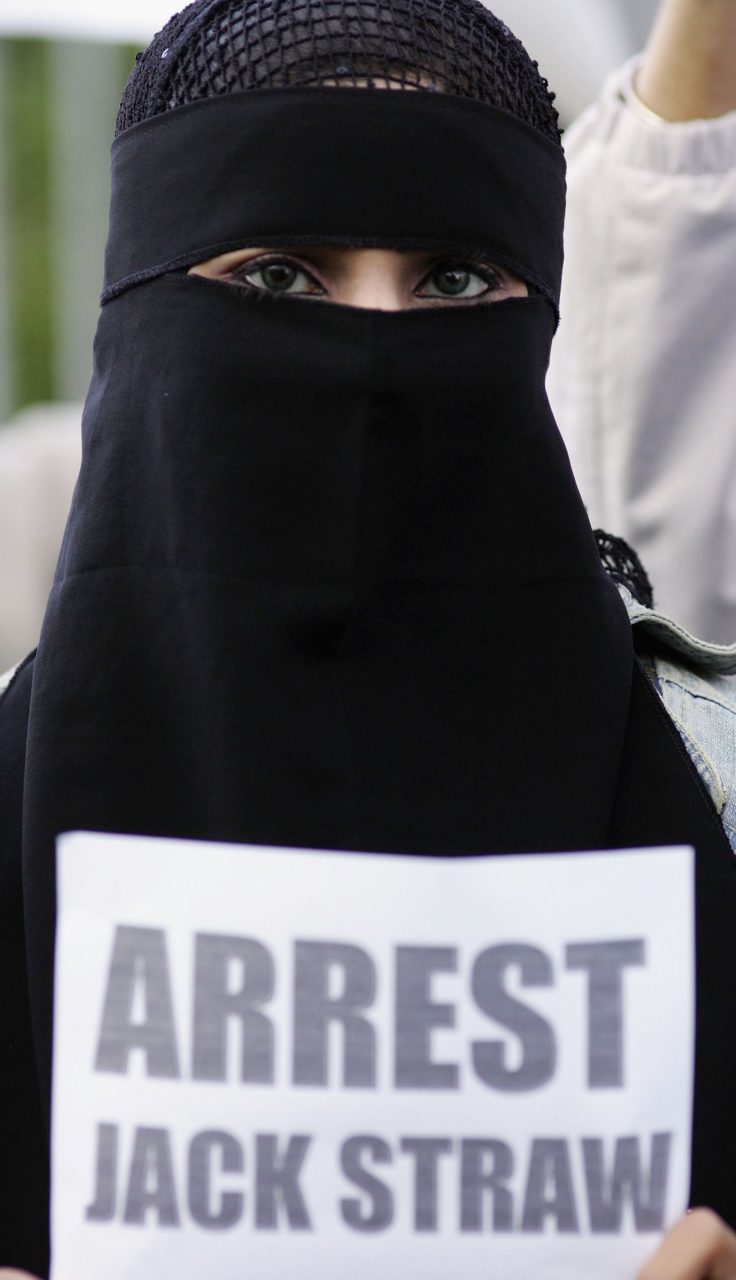 After a terror suspect used a burqa disguise to evade British authorities in 2013, the Guardian ran a halfway-satirical article by Muslim journalist and Exploring Islam Foundation communications director Remona Aly, in which she described a number of tongue-in-cheek alternative uses for the garment.

One of these was repurposing wearers as — you guessed it — mobile letterboxes:

Since the burqa eye-opening has been called a letterbox slit, and with the privatisation of the Royal Mail, seize the moment to set up an independent mobile mail service, AKA The Burqa Post.

Arch-Remainer and long-time Boris Johnson critic Ken Clarke, who famously claimed to “look forward to the day when the Westminster Parliament is just a Council Chamber in Europe,” also had some choice words for the Islamic face veil.

As a minister without portfolio in the David Cameron-Nick Clegg coalition government in 2013, he disparaged the religious clothing as “a most peculiar costume for people to adopt in the 21st century,” with no place in British courtrooms.

”It’s almost impossible to have a proper trial if one of the persons [is] in a kind of bag,” he insisted.

Left-wing Labour Corbynista Emily Thornberry, another noted Remainer and proponent of lax immigration controls who has argued it is “not possible” to stop Islamic State volunteers from returning to the United Kingdom, and that we should not start “giving up on people’s nationality”, has also been critical of the face veil.

She did add, however, that she “wouldn’t mind if they worked in records in the hospital.”