London police have secured extra stop and search powers and deployed knife detection arches and extra armed officers equipped with acid attack kits for the Notting Hill Carnival, as homes and shops in the area board up fearing damage.

Just days before a million people turn out for the annual event, the capital’s violent crime wave hit the grim milestone of 100 homicide probes for 2018, with robberies, sexual assaults, and acid attacks also up.

Some 13,000 police officers are being deployed to Europe’s largest street event over the bank holiday weekend – around 450 more than attended last year’s carnival, which was marred by hundreds of arrests and a large number of violent incidents in which 28 officers were injured.

There are 6,100 on-duty officers for Sunday’s “family day” and almost 7,000 officers, some from the Metropolitan Police’s newly formed Violent Crime Task Force, for Monday’s event, which the force hopes will “combat the threat of violent crime”.

After a massive rise in violent crime and knife attacks in the capital in recent months, the force also said new knife arches would be deployed, as well as “specialist assets” from the Force Firearms Unit, Dog Unit, and officers from the Mounted Branch.

The statement adds: “For the first time, knife arches will be in place at certain locations, to deter those who may be planning to come to the event, armed with an offensive weapon.

“The use of knife arches is a tried-and-tested method of deterring people from carrying knives, as well as detecting those who choose to do so.” 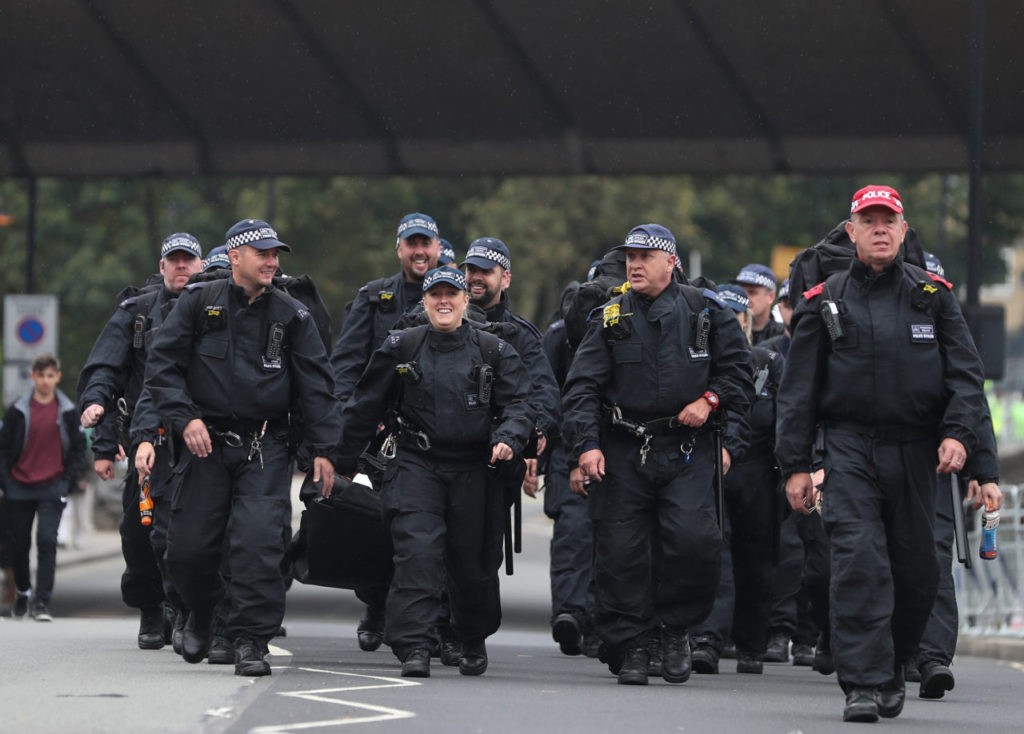 Police officers are seen on duty on the first day of the Notting Hill Carnival in west London on August 26, 2018. (DANIEL LEAL-OLIVAS/AFP/Getty Images)

Superintendent Elisabeth Chapple, a Met Police spokesperson for the event, added: “The sheer number of people coming to Carnival and the relatively small geographical area, means that it is a challenging environment to police.”

The Met has also activated “section 40” powers in the area for the period of the carnival, increasing officers’ powers to stop and search people suspected of violence or crime.

Notting Hill Carnival Gold Commander Dave Musker said police officers “worked tirelessly to develop an appropriate and proportionate policing plan… [but] given the intelligence picture and incidents of violence I have seen across the city over the last week, I have made the decision to authorise this order as an additional preventative measure.” 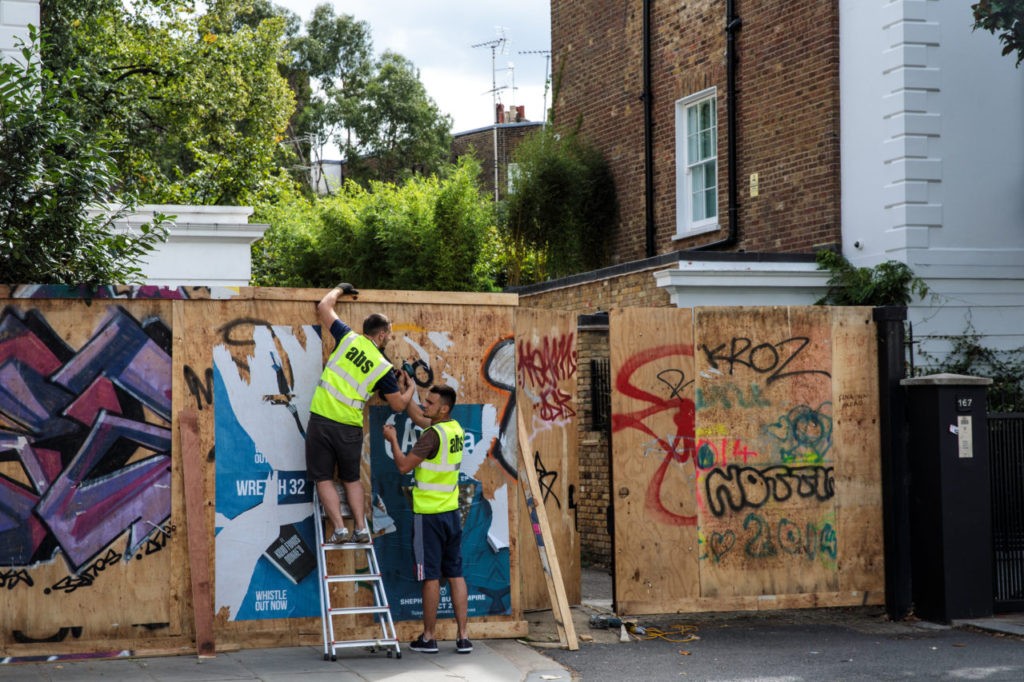 Boarding is erected on the front of a residential property ahead of the annual Notting Hill Carnival on August 24, 2018 in London, England. (Jack Taylor/Getty Images)

The extra police measures come as reports suggest the number of businesses in the Notting Hill area fitting barricades has doubled in 10 years as the event has grown in size.

Workers spent Saturday fortifying the area, covering windows and doors with wooden boards and blockading doorways, yards, and alleys to stop carnival attendees urinating in them.

“Let no one be in any doubt that if you have the intention to come to Carnival and be involved in crime or violence, my officers will robustly and proactively target you to keep Londoners safe,” added Musker. 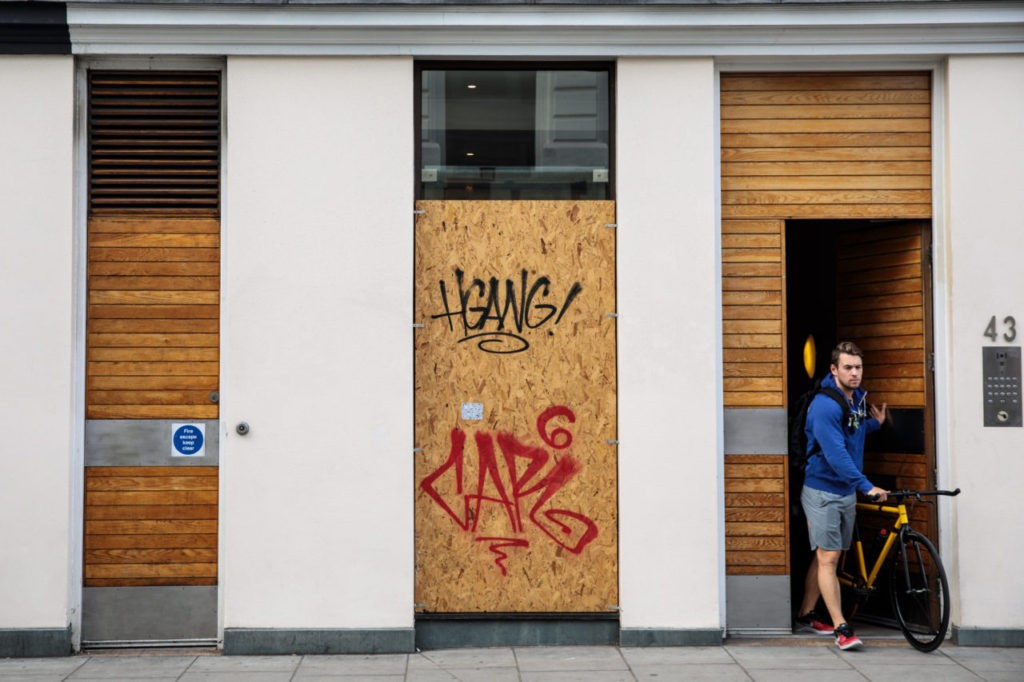 Boarding sits on the front of a residential property ahead of the annual Notting Hill Carnival on August 24, 2018 in London, England. (Photo by Jack Taylor/Getty Images)