Despite a controversial crackdown on crime and poor weather, the number of people arrested at the London Notting Hill Carnival surpassed last year’s total, with the multicultural celebration marred by knife violence and attacks on police officers.

The Metropolitan Police said 395 people were detained over the course of the two-day event — 82 more than last year — including 142 on suspicion of drugs offences, 69 for illegal weapons, 18 for assaulting a police officer, 12 for assault, and nine on suspicion of sexual offences.

While the deployment of knife-detection arches and 13,000 police officers with strengthened search powers over the weekend resulted in the seizure of 37 knives and a stun gun as well as a corrosive substance and a metal bar, the finale of the event saw a stabbing, with one male treated for non-life-threatening injuries at around 8 pm. 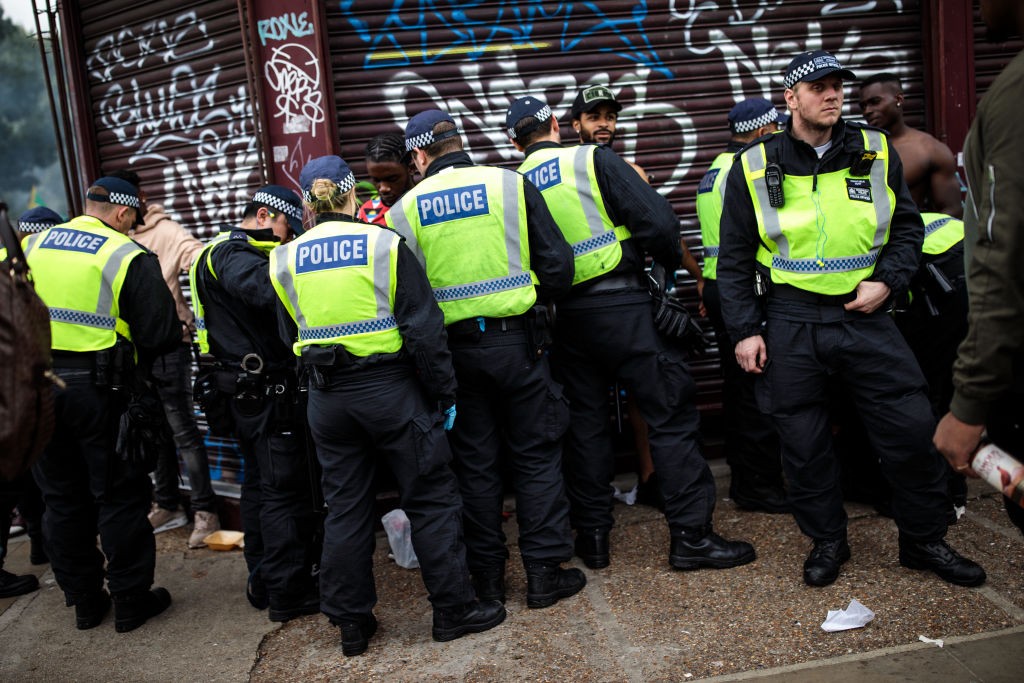 LONDON, ENGLAND – AUGUST 27: Police officers stop and search people on the final day of the Notting Hill Carnival on August 27, 2018, in London, England. The Notting Hill Carnival, which has taken place annually since 1964, is expected to attract around a million people over the bank holiday weekend. The two-day event, started by members of the Afro-Caribbean community, sees costumed performers take to the streets in a parade and dozens of sound systems set up around the Notting Hill streets. (Photo by Jack Taylor/Getty Images)

Reporting that 30 officers were injured “in the line of duty”, Scotland Yard stressed “any assault on police is unacceptable” but said the force was “happy with how the event ran overall”.

“Carnival is one of London’s best attended events, celebrating the diversity of this amazing city,” said Gold Command for Carnival, Commander Dave Musker in a statement.

“Unfortunately there is still a minority that seek to tarnish this celebration and we will continue to review our security measures to ensure that going forward, Notting Hill Carnival is a day that is enjoyable and safe for everyone attending.

“On both Saturday and Sunday, I authorised a Section 60 Order across the Carnival area in response to the recent increase in violent crime in the capital,” he said, referring to the increase in stop and search powers granted to officers over the course of the event.

Though the measure was slammed by activists, who warned it could lead to a disproportionate number of searches on ethnic minorities, police stated the decision was “not taken lightly” and that it had a positive effect on public safety at the London event, which took place as the capital is locked in a violent crimewave which has seen more than 100 murders since the start of 2018. 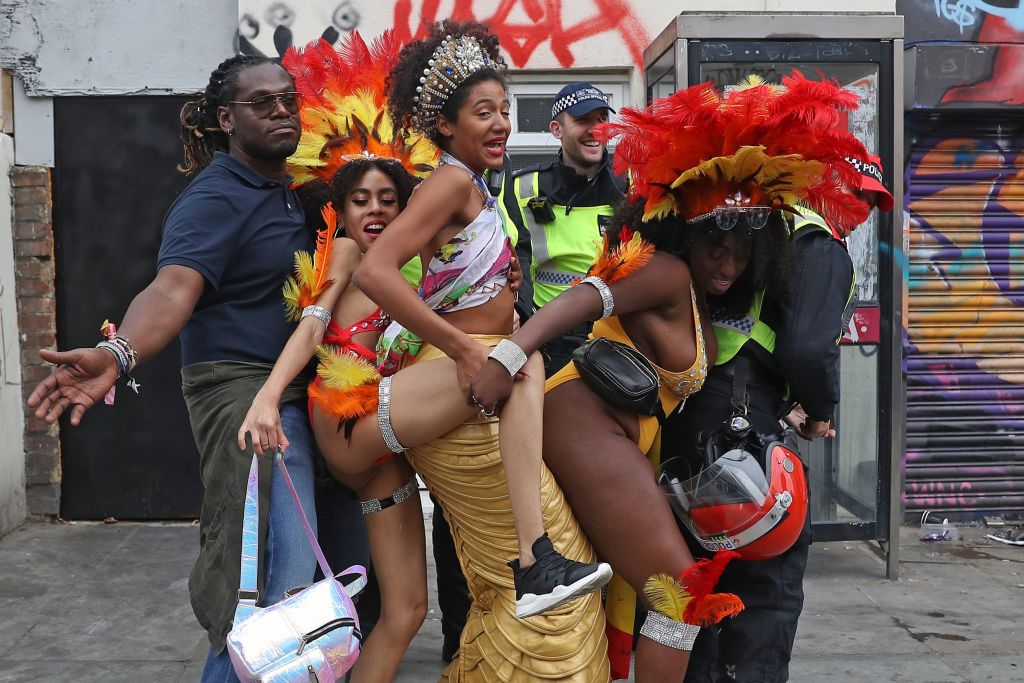 Carnival-goers join police officers in posing for the camera on the main Parade day of the Notting Hill Carnival in west London on August 27, 2018. (Photo by Jack Taylor/Getty Images)

“Most notably, four knives were seized during those arrests as well as a corrosive substance, capable of causing serious harm. These dangerous and potentially lethal weapons were removed from the streets, undoubtedly making it safer for passengers and Carnival attendees,” said British Transport Police (BTP) Chief Superintendent John Conaghan.

The carnival, considered a key cultural event in the UK, has been the site of serious disorder in past years, with officials warning that the gathering “poses a real risk to public security”.

Following last year’s event, when 28 officers were attacked including with blood, bottles, and corrosive substances, London Police Federation chairman Ken Marsh urged authorities in London to call time on the Notting Hill Carnival, asking: “What other event would be allowed to carry on regardless with so many police colleagues under attack?”