Danish police, assisted by the army, launched an unprecedented operation to lock down Zealand, the nation’s largest Island, on Friday afternoon amid reports that officers were urgently hunting for a Swedish Volvo car in relation to a kidnapping.

The police manhunt saw bridges and ferries connecting Zealand to both the rest of the country, as well as with neighbouring nations Sweden and Germany closed to traffic, rendering Denmark’s most densely populated island, and its capital city cut off on Friday afternoon. Zealand, where Denmark’s capital Copenhagen is located, is one of a dozen major islands that make up the bulk of Danish territory to the north of Germany, and west of Sweden.

UPDATE: Friday 1800 — Wanted car found
Danish police said they’d located the stolen Swedish-plated, black Volvo at the heart of the hunt, but refused to give any details about the inhabitants or arrests made other than that the suspected had been residents of Denmark for “a considerable amount of time”. There was no comment on whether they were Danish citizens or foreigners.

A police spokesman reassured Danes that there was no need to worry, reports Berlingske. All transport links are now reopening. 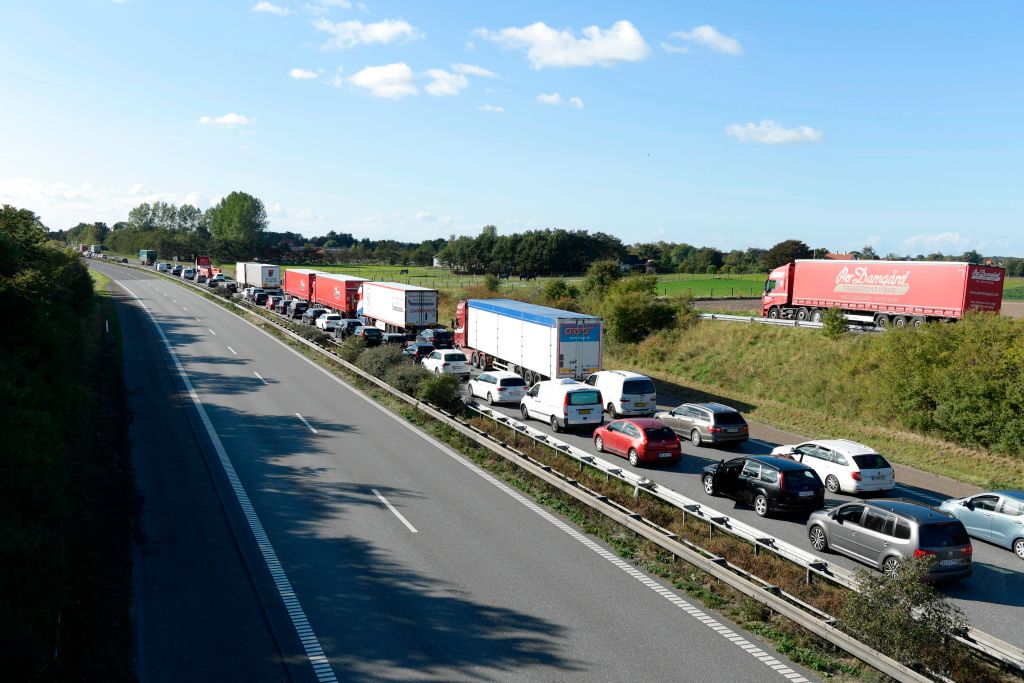 Cars stand on a motorway after police closed the Great Belt Bridge on Zealand for a manhunt mobilising hundreds of police and soldiers on September 28, 2018 / CLAUS BECH/AFP/Getty Images

While Danish police have not revealed the reason behind the massive operation, Swedish newspaper Aftonbladet reports officers are looking for a Volvo rental car with a Swedish number plate, and that the vehicle be stopped “at all costs”. The paper claims the car and its three passengers is associated with a “serious crime” that may be an ongoing kidnapping.

The police search for the vehicle is so intense that the licence plate and description of the car was, as of Friday afternoon, the headline of the lead story of Denmark’s best selling newspaper the Berlingske. The paper reported a police spokesman, who said:

“Copenhagen police are calling for a black Swedish registered Volvo V90 with registration number ZBP 546 in connection with a current investigation. In the vehicle, there are probably three people who are in serious crime. Witnesses who spot the vehicle should immediately contact the police at 112. It is important that you do not try to contact the people yourself, but just observe and report what you see to the police.” 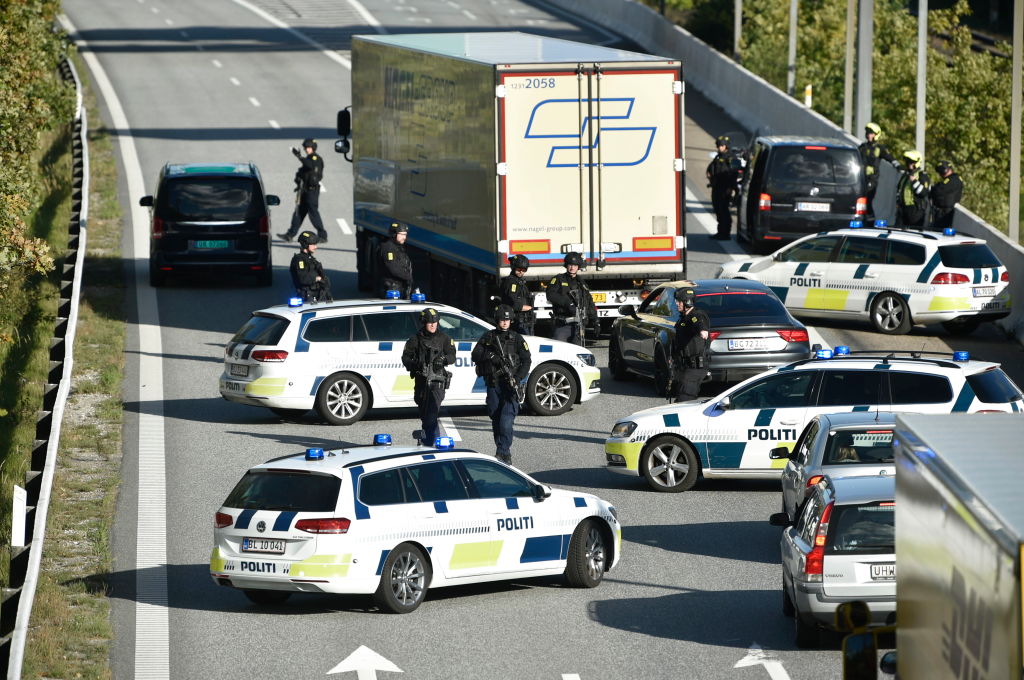 Police blocks a road to the Oresund bridge near Copenhagen, on September 28, 2018 as a spectacular manhunt mobilized hundreds of police and soldiers in Denmark where the Oresund Bridge was closed and the ferry traffic suspended, police said. / NILS MEILVANG/AFP/Getty Images

Transport in and out of Zealand were being re-opened late Friday afternoon, including the famous Öresund bridge that connects Copenhagen directly to the Swedish mainland, along with rail services have now reopened, according to reports.